Canoe Landing Park was open on September 9, 2009 - for a day. It was supposed to be open to the public a few months later, but that didn't happen.

A month ago, the National Post reported that it would be opened by the end of March, but it's now April 10th, and the gates still remain (mostly) closed. 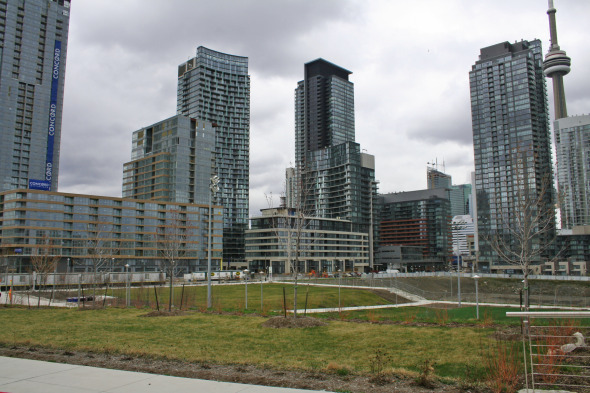 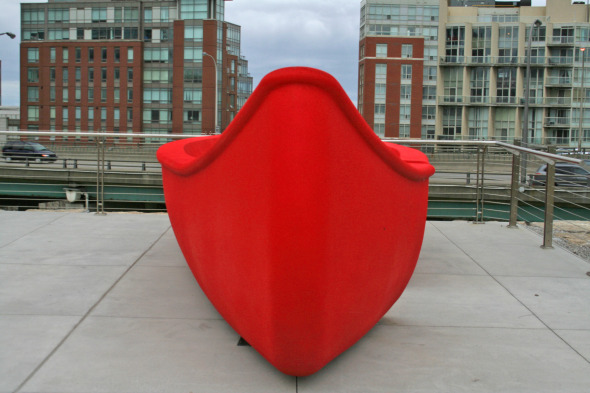 It also represents a recent trend in city parks toward a more designed, innovative and playful appearance: think of the HTO and Sugar Beach parks on the waterfront, for example. Canoe Landing Park was designed by Douglas Coupland in collaboration with Phillips Farevaag Smallenberg. Coupland, famous for writing Generation X, has designed two other public art pieces in Toronto: a house clock at the shops of Don Mills, and the 1812 toy soldiers outside of the Malibu condo on Lakeshore. He's continued his whimsical take on Canadiana in the Canoe Landing Park. The park's signature feature is a giant red canoe that overlooks the Gardiner Expressway, and there are also giant fishing bobbers in the centre of the park, a beaver dam, and a path for a Terry Fox run that encircles the park. 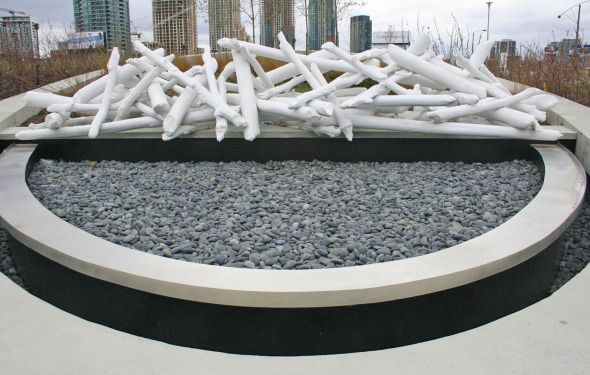 The park was named after a contest held last year by Spacing magazine, and judged by a panel including former Governor General Adrienne Clarkson, Toronto poet laureate Dionne Brand, and Barbara Hall. The winning name references not only the red canoe, but highlights the history of the park. In the 1800s, the park, which is across the street from Fort York, would have been along the city's original shoreline (although partially underwater). It is not hard to imagine the area being a popular canoe landing at that point. 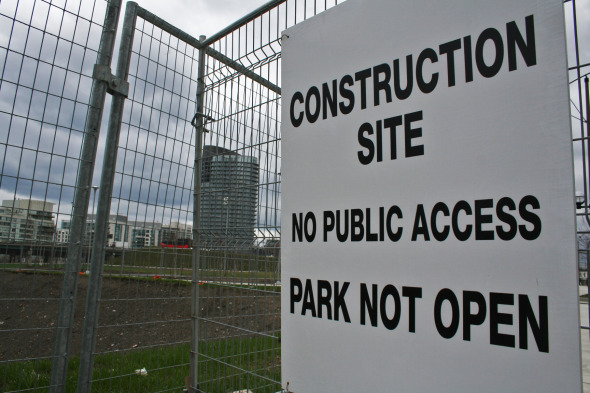 When I inquired when it would be open, Councillor Adam Vaughan's office suggested that the park would likely open by the end of April, although they said it could happen sooner than that. The delay has been due to legal issues. Not only does the city have to take over ownership of the park itself - and must process all of the title and land transfers that this requires - but it has to take over ownership of some of the streets around the park to ensure there is emergency access. This legal process has been taking longer than expected, and it is the reason for the continuously shifting completion date. 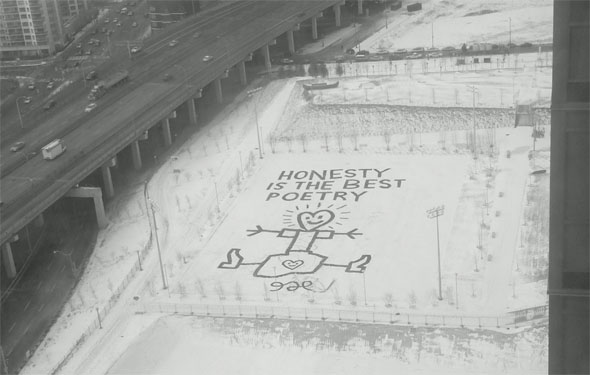 Despite its official closure, the park has already begun to be used. After some people made a snow phallus in the park last February, Gregory Alan Elliot turned into a Keith Haring-esque piece of "snoetry." The rest of us, it seems, will just have to wait a little bit longer.