Do we really need to protect an encumbered view of Queen's Park?

It's one of the most iconic views of Toronto: when you travel north on University Avenue, you have an unencumbered view of Queen's Park. This view of the legislature is shown over and over on news stories about the provincial government, and had been featured on postcards of the city for hundreds of years. But if some Ontario government officials are correct, it could be in danger. 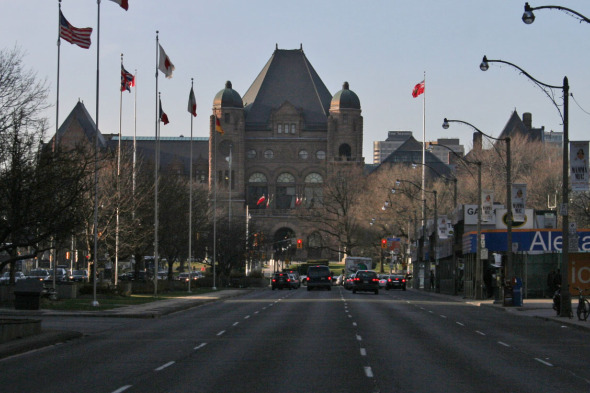 Looking at Queen's Park from anywhere along University Avenue except College Street, you can see the original Four Seasons Hotel tower poking up. Heritage advocates say that these buildings "compromise" the view of the Ontario legislature. But they are even more concerned about a proposal to tear down the 31-storey Four Seasons Hotel. In its place, the developer proposes building a 40-storey building. 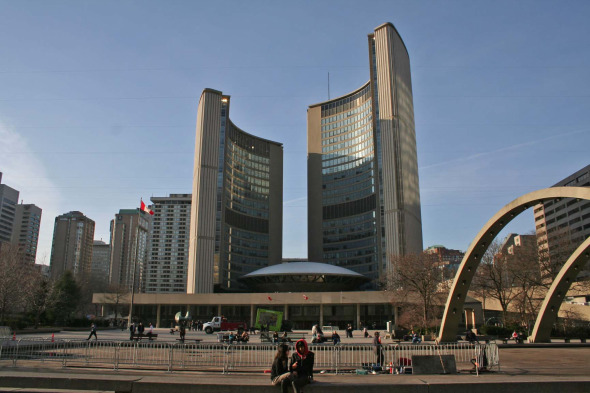 By my estimation, Nasmith is correct: Toronto has not been very good at protecting its view corridors. In the 1970s, the city was a leader in developing view protection. George Baird wrote a comprehensive proposal in 1974 covering all of the city's view corridors. However, these concerns were gradually side-lined so much that by the 2006 Official Plan, they were only guidelines. Except for some particular cases, such as protecting the views of New City Hall, the city is not fighting for this. 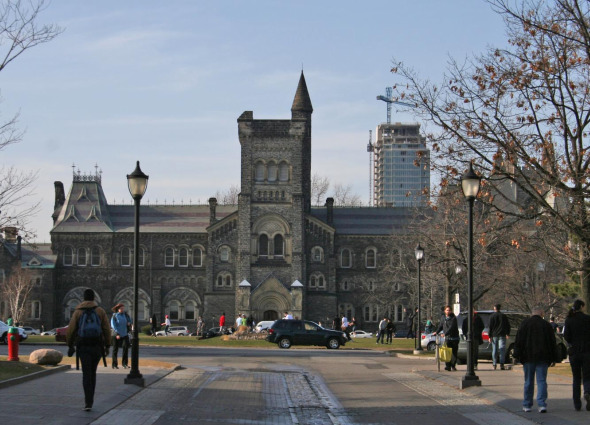 A perfect example of a compromised view corridor is University College. If you've walked along King's College Circle lately, you can see that the condo One Bedford is starting to poke up from the side of University College. The city has produced a map that suggests that this view corridor should have been protected. But this issue was not brought up when the condo's proposal was being reviewed at city council.

Some would argue that this is the way it should be. After all, the Four Seasons already pokes up out of Queen's Park. Toronto is a city of contrasts and unexpected views. No one planned the view of the Gooderham Building on Front Street with the TD Canada Trust Tower behind it, but it is now featured on Toronto's postcards. And the rising Shangri-La tower on University will provide a new view terminus for people heading south on the street. 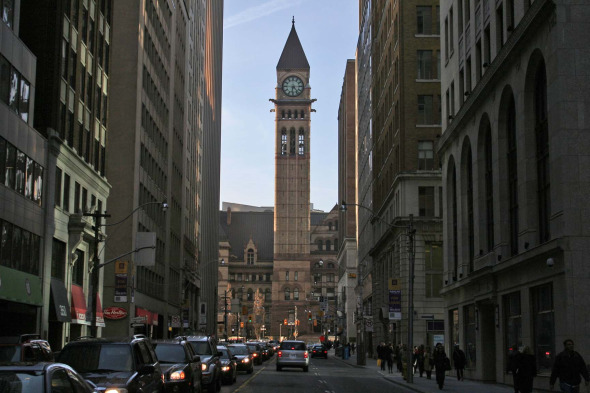 Nevertheless, this is a matter of urgent concern for many people. The Speaker of the Ontario Legislature Steve Peters is involved, as is the MPP for the area, Glen Murray. A revised proposal for the tower has been taken to the Onatrio Municpal Board (OMB) where hearings began on March 22nd. But even if the OMB approves the tower, the province potentially has the power to override the OMB's decision.

Whatever the outcome, this discussion is an occasion to reconsider our city's lack of focus on view corridors. Should we be working harder to preserve them, as they do in Vancouver? Or is everything fine as it is?