The Evolution of the Ex

Labour Day weekend means the end of the Ex, which closes out another year with the customary roar of the Air Show. The unofficial word is that it's been a good year - attendance figures are good, despite the disappointing draw by former U.S. president Bill Clinton, and it looks like the CNE has decisively stabilized after the precipitous drop in numbers in the late '80s and '90s.

I find it hard to walk around the Ex grounds without feeling a connection to the past - both my own, making the same ritual visit nearly every year since before I could walk - and that of the institution that, like so many of Toronto's landmarks, seems to constantly inspire us to agonizing reevaluation in an apparently endless cycle. In spite of its longevity, and the million and a half visitors who pay for admission every year, the annual disassembling of the midway inevitably inspires a flurry of brow-furrowing worries about the fair's fate and future that have the general character of a fit of guilt after a binge. 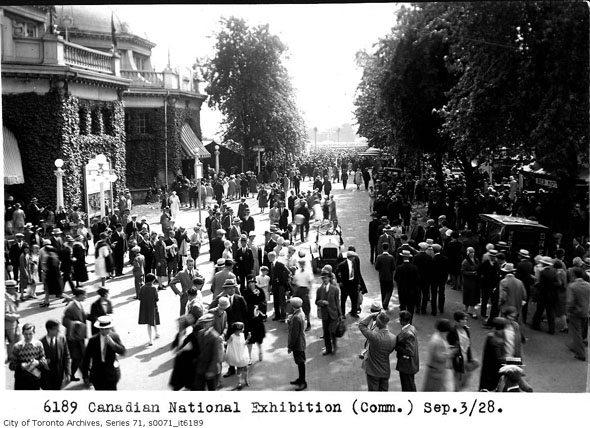 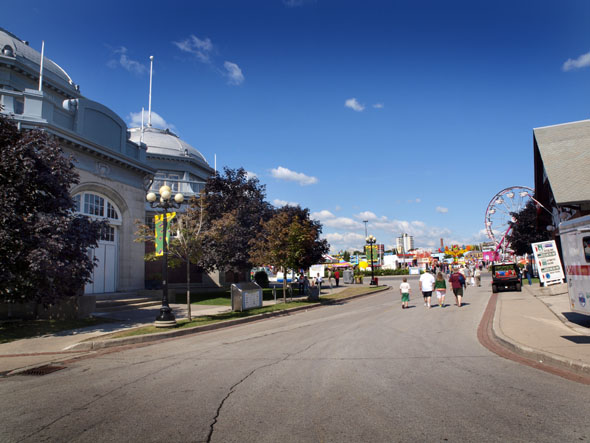 Like most funfairs, the Ex is full of itinerants, but I sought out some veterans to help me get some perspective on the event, like Tom Brazier, the president of Food Building mainstays Tiny Tom Donuts. Tom's father started the company 50 years ago this year, serving bags of addictive miniature sugar-coated donuts bagged at the end of their ride down a hot oil flume, back when the really funny thing about the Food Building was that you couldn't get much to eat there.

"I think the CNE's only getting better" Tom tells me. "It's cleaner. We don't get as many people as we used to - it's not quite the numbers that we had back in the mid-70s when it was difficult to walk in the Food Building, but we've upgraded the standard of our exhibitors." 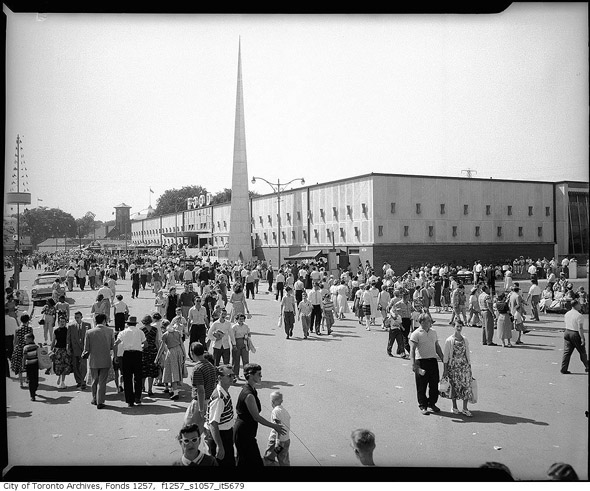 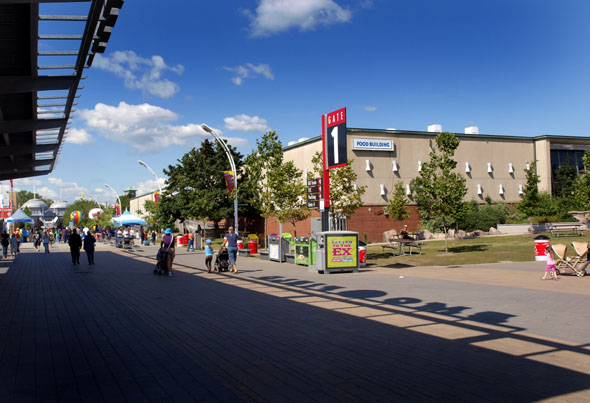 He's right about the numbers - they peaked in the mid-70s, when the crush of the crowds were an endurance test, especially on a hot late August day, but old photos of the Ex show teeming throngs that it would be hard to match on any but the busiest weekend. The Food Building has gone through some dramatic reversals over the years, as food vendors slowly began taking it over in the '70s, before a massive renovation in 1986 attempted to restore it to a food industry showcase. That didn't take, and the vendors moved back in again, on a tide of ethnic food stands and corporate chain outlets.

The late '80s marked the beginning of the Ex's identity crisis, and looking back, Tom sees it as a reflection of the bigger changes in the city itself. "I think that people were looking at the Exhibition that they used to know, and it was changing, and they didn't like that change. And the city was changing, so the CNE is trying to keep up with the changes that are going on in the city, and that's a difficult thing to do overnight. I know that people consider Tiny Tom to be a tradition when they come to the Ex, but half the people that come through the gates have only come to the Ex a few times now, so in a city like Toronto we're always reintroducing ourselves to the new CNE-goer, and that's a challenge." 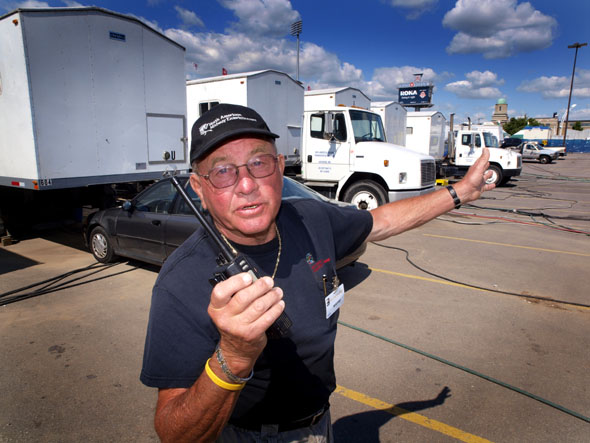 Over on the midway, Wayne Kunz can only draw from his five years at the Ex, but this veteran carny has spent 62 years in the business, starting at 10 years old, taking tickets in Iowa at the traveling carnival owned by his parents. He's a past president of the Showmen's League of America - the first president of Buffalo Bill Cody - and while he retired from the road in 1996, he was drawn back in not long afterward, and took over as operations manager of North American Midway Entertainments after they absorbed Conklin, the CNE's midway contractor, along with four other carnival groups.

He was on his way to college on a football scholarship when he decided to be the only one of three children to go into the family business. "It was cash money. You learned the value of money. Every summer I'd work, and when I went back to school I always had a bit of money, so I didn't have to do a paper route." At 25, he made his reputation in the carnival business by hauling a massive ride - the Skywheel - across the U.S. to Seattle's World Fair in five days, delivering it to Patty Conklin's midway there when Conklin's own wheel wasn't ready.

He takes me on a tour of the midway's backstage area - two sprawling groups of neat white trailers and mobile homes where the permanent staff live while they're on the road. It's pristine and sparkling - they even have their own teacher that travels with the children of midway workers - and a far cry from the dodgier carny accommodations of midways past. 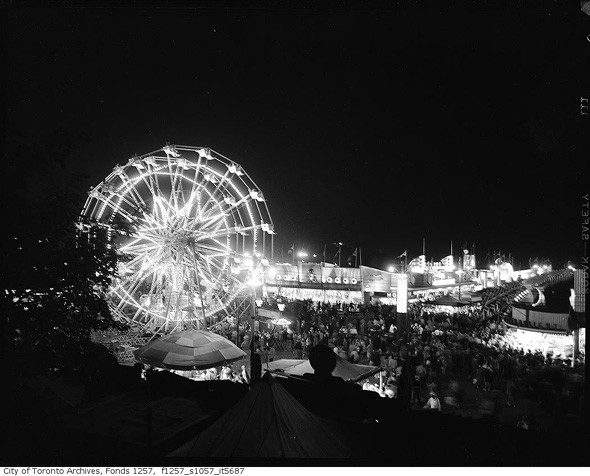 There have been a lot of changes in the way midways are run, Wayne tells me, but they've all been "for the best." Standards are improved, rides are safer, and the customer experience is better. "Before they never had regulations. Now we have guest relations - if there's a problem, we settle it right away."

Whatever happens with the rest of the CNE, Wayne is confident that the midway will always be back, and irrespective of the new shapes the Ex takes on in its evolution from a venerable agricultural fair, his clanking, shuddering, soaring and shrieking rides will offer something you can't get anywhere else.

"Here's what I've always believed. You can watch TV, and get a lot of things on TV, but you can't get the thrill of riding a ride unless you get on it and ride it."