It's not hard to tell that the annual CNE Airshow is in town. Like me, you've probably spent the last day cringing or craning your neck at the roar of jets and the buzz of stunt planes rehearsing their routines for today's opening performance. This year is the centennial of flight in Canada, and the Canadian International Air Show (CIAS) is celebrating with a showcase of planes conspicuously light on the heavy metal - the skies this year will be filled with fighter planes, past and present, stunt fliers, a glider and a helicopter, but only one bird with more than two engines. 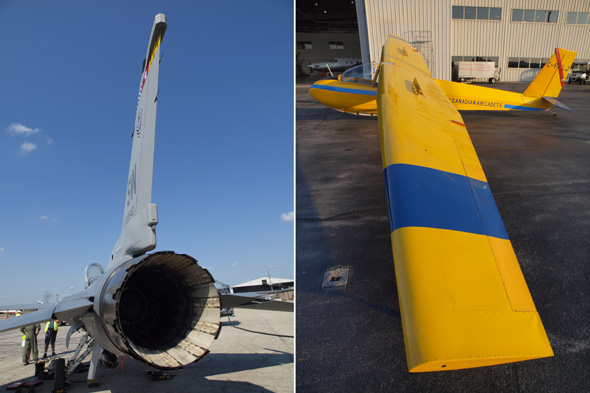 Behind the scenes, there have been three days of media events, as the performers have arrived at Pearson and the Island Airport, with support teams ranging from a guy in a van to a fully loaded C-130 Hercules transport. These previews attract more than just local and industry press, as die-hard plane enthusiasts can also be found milling around the tarmac, admiring the aircraft in their static state with an avid appreciation that somehow mingles macho with unabashed geekiness. 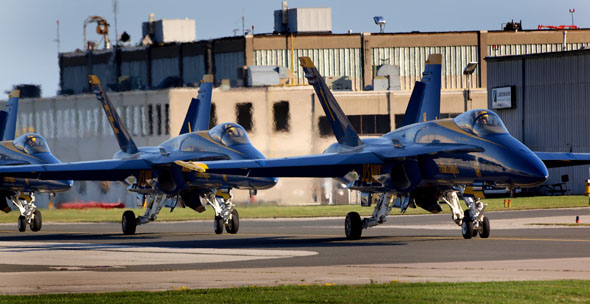 The arrival of the U.S. Navy's Blue Angels team on Wednesday afternoon was pure showmanship; after a few formation fly-pasts, they taxi into their parking area in a tight line, execute a few precision turns and stop mere feet from their ground crew. Like their air force counterparts, the Thunderbirds, they're the rock stars of the event, right down to their stripped-down, slick-painted F-18s, frighteningly efficient press officers and well-rehearsed answers. 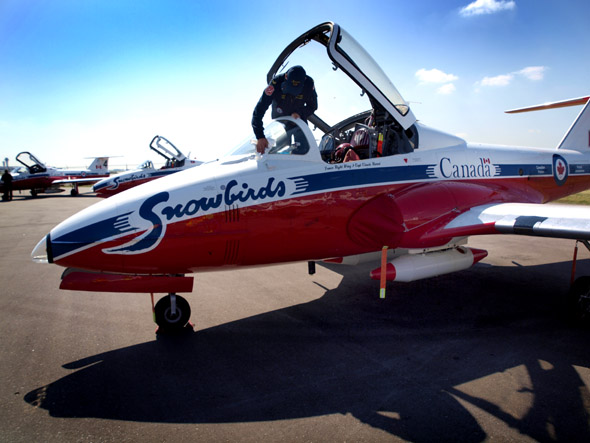 The star of Thursday's event is Canada's own Snowbirds and Canadian astronaut Chris Hadfield, who'll kill time between missions to the space station by piloting a vintage F-86 Sabre painted in the colours of the Golden Hawks, a predecessor to the Snowbirds that was disbanded in 1964, after just five years of flying. You get a glimpse of what Tom Wolfe famously called "the right stuff" in Hadfield's offhanded confidence, and his disarming ease at being the centre of attention. Throwing a ton or two of jet-powered metal around the sky must make for an impressive ego boost, as most every other pilot on the field carries a measure of it around. 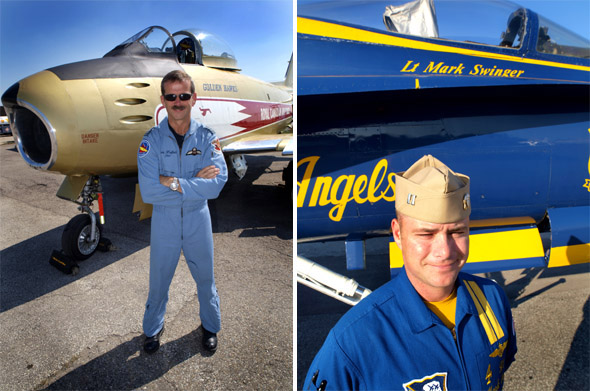 Every pilot is happy to extol the virtues of their rides, from Hadfield and the men flying the F-16s, F-18s and F-22s in the show, to the Snowbirds, who compare their admittedly antique CT-114 Tutors to tight-handling little sports cars. The third media event at the Island Airport features a mix of vintage fighters and stunt planes, and it's hard not to ascribe some character to the planes in repose, from the startlingly small and elegant Spitfire to the gleaming, steroid-pumped P-51 Mustangs to Mike Wiskus' tiny red biplane, which he handles like a dirt bike, laying a trail of smoke down the runway as he practically scrapes his left wings against the ground. 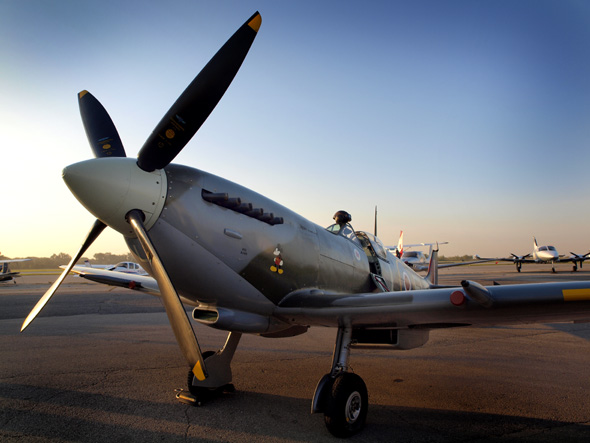 You could, of course, get up close with most of these planes at an air museum, but seeing them a few feet from a working runway, with the smell of aviation fuel in the air, makes them feel alive, almost feral, and can probably reduce almost any man to a 10-year-old boy in a room of model airplanes, riding the buzz of too much airplane glue. 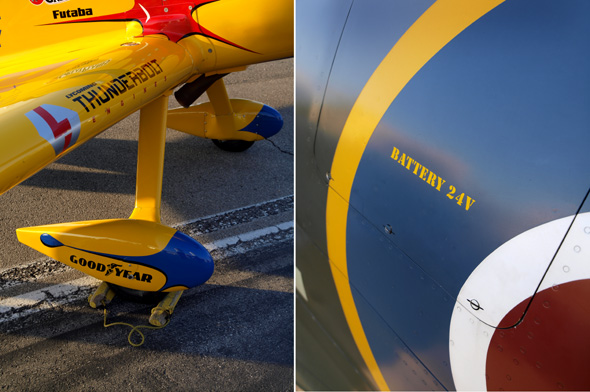 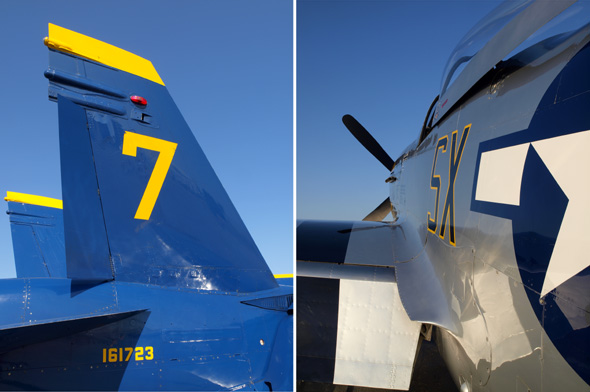