We're nearing the end of Day 12 of the unionized city workers strike, and Toronto is neither in a state of total mayhem nor is it clearly on its way to becoming a diseased-filled cesspool. But things are definitely getting messy and stinky in some parts. Garbage is piling up at residents' homes and it's overflowing at some of the temporary dump sites in parks.

Not everyone has the ability to store their own waste. Not everyone has the time or the courage to cross picket lines, or the physical ability to take their garbage to one of the city's temporary garbage dump sites or the few larger, permanent transfer stations. This is where established private companies, and other, less established (some cash hungry opportunists, no doubt) come in.

Private garbage collection services are seemingly popping up in this city faster than poutine restaurants and construction pylons. 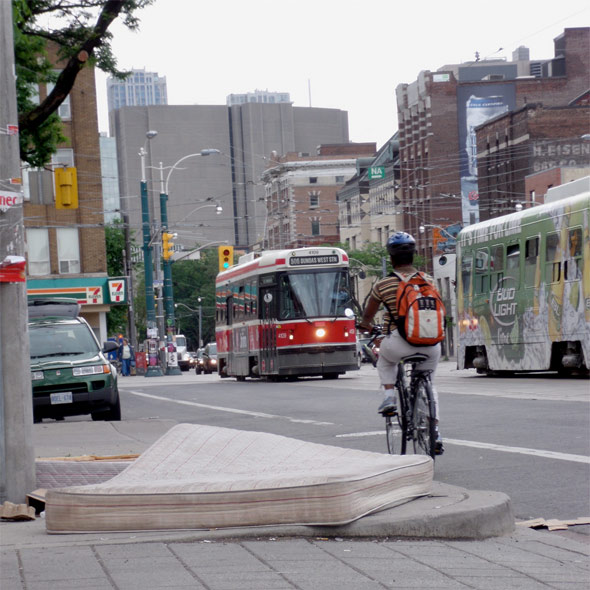 With today's announcement by the city that the Christie Pits temporary dump will be closing (news surely to bring about cheers from those opposed to the use of parks as dumps), those in the downtown core now have even further to go. 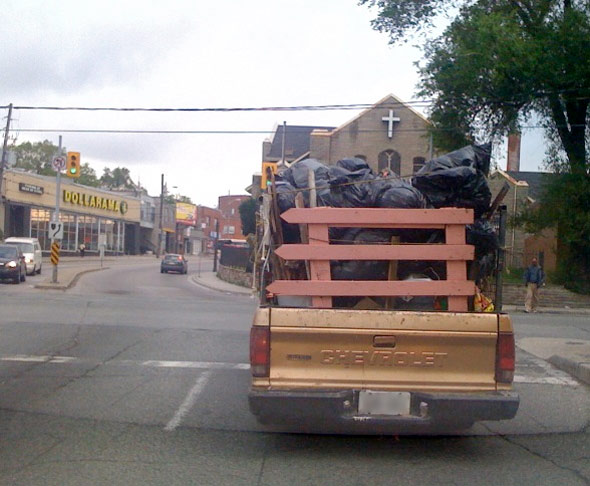 Private pickup services like 1-800-GOT-JUNK have no doubt been busier than usual, and do legitimate service (i.e. take your junk to proper dumps and recycling facilities) but it's the upsurge of everyday Joes that are hawking trash collection services via Kijiji and Craigslist that have me wondering and a little worried.

Are "Stanky Boys" issuing receipts or is this an attempt to make income tax-free? How can we be certain that the "Trash Guys" aren't simply taking our garbage to the temporary stations like private residents are doing themselves?

The going rate for these services varies greatly. While some are offering pickups of large black garbage bags for as little as $4 a pop, others are claiming that if you act now you can save $10 and get a full standard garbage/recycling/green bin pickup for the low price of $39.99 (prepaid via Paypal) - a fee that makes our annual fees to the city seem like a steal of a deal.

Sending money and putting trust in people using Hotmail addresses seems like a risky prospect to me. But I'm willing to bet that enough people are quite ready to pay the price and not really care where their stinky garbage goes, so long as it's no longer leaking in the garage. 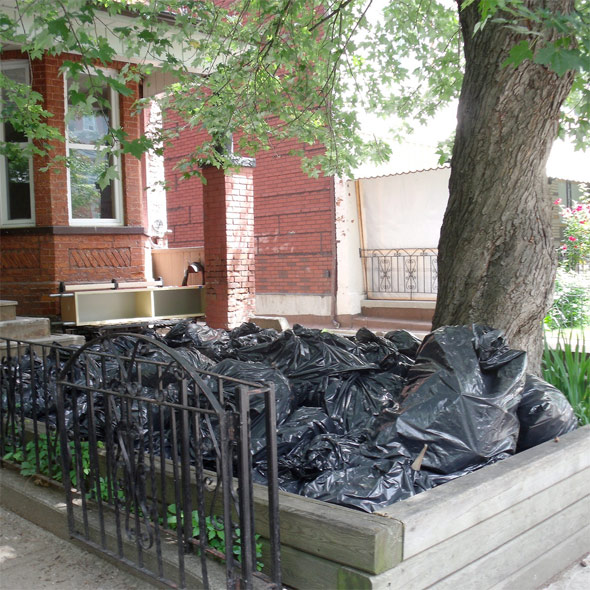