For this year's Doors Open Toronto I decided to skip the long line-ups wrapping around popular spots like the Don Jail, and head to Dundas East for a tour of the first newly completed building in the Regent Park Revitalization project. 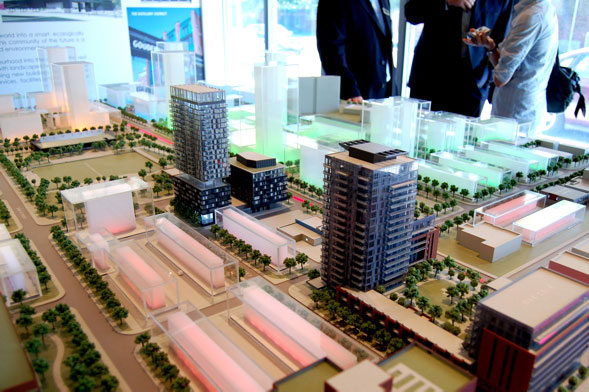 Built over 50 years ago Canada's largest publicly funded housing project had seen better days (to say the least) and so Toronto Community Housing, in partnership with private developer Daniels, launched a six-phase revitalization initiative. Over a period of 12 years the City will slowly demolish the dilapidating buildings of Regent Park and relocate tenants to five new mixed-income condo developments planned for the area. 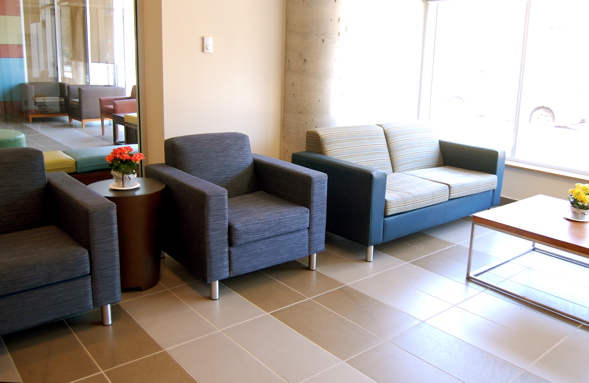 When I entered the lobby of the new building located at Dundas and Sackville I was disappointed to hear the tour didn't include a look at the actual rental suites. Since tenants now occupy the units I had to rely on lackluster poster boards depicting floor plans of the suites. However, there were a number of friendly and informative volunteers to enlighten me on some of the development's eco-friendly initiatives. One especially cool (get it?) feature is the building's green roof. Covered in plants that absorb rainwater this rooftop helps to keep the building cool and reduces the amount of stormwater run-off. 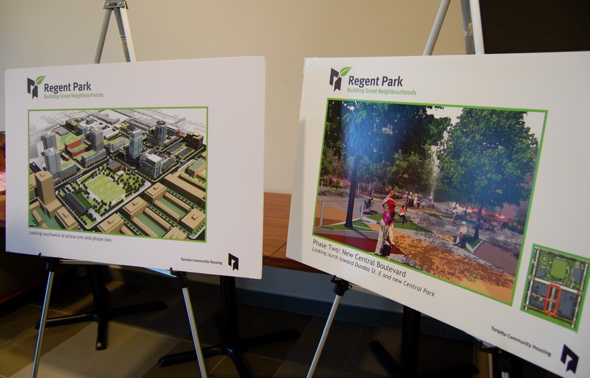 After signing waivers and donning extremely fashionable hard hats we were encouraged to head underground to take a look at the Community Energy System. Here large-scale energy efficient boilers and water pipes will supply heat and cooling for all of the buildings in the Regent Park development. 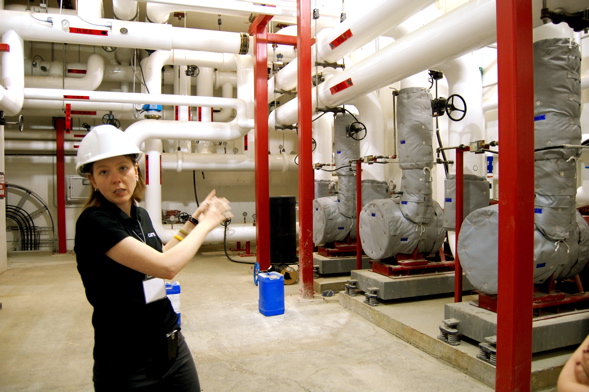 The City hopes that the new developments will not only replace all original 2083 "rent geared income" (ie: rent = 30% of your income) social housing units, but will also bring increased residential and commercial investment to the area. The potential for a revitalized East End is there; along with the Regent Park project there are also plans for more market condominiums and retail development along Dundas St. East and Parliament St. The neighbourhood will also benefit from a new state of the art community centre that will offer recreational programs, employment services, daycare and even an indoor pool funded by...wait for it...Donald Trump? 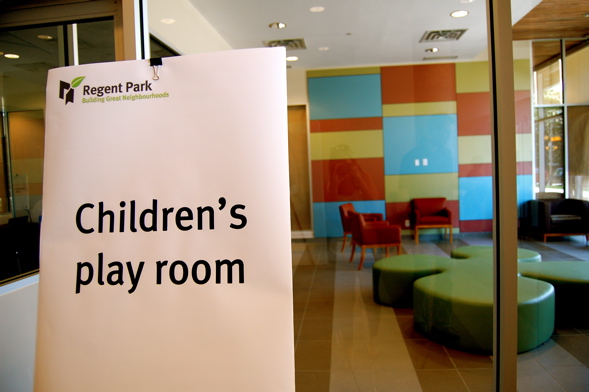 Volunteers ensured us that despite the economic downtown (or whatever we're calling it these days) all 6 phases of the project will go ahead as planned with expected completion in 2019. While these shiny eco-friendly buildings will certainly modernize Regent Park, only time will tell if the development plans can erase the stigma surrounding this community and truly revitalize the east-end neighbourhood.