Ontario's Forgotten Landmarks: The 'Other' Brickworks

I have mixed feeling about the "redevelopment" of the Don Valley Brickworks. The current plan is to turn this once-abandoned building into a "cultural center". But, to anyone who has had the privilege of exploring the place first-hand, the plans feel more like a demolition.

After the Brickworks had been abandoned by everyone else, only urban explorers, photographers, and the generally 'curious' would visit this beautiful and haunting industrial graveyard. Now, as interest in this building continues to grow, the Brickworks must be abandoned again - but this time, by the very explorers who appear to have saved it. I suppose this is just a modern example of an old story: the Brickworks rejected by the builders has become the cornerstone.

Anyway, to honor the soon-to-be unabandonded Don Valley Brickworks, I thought I'd show you a little-known place just outside of the city, which bears a similar name - the Cheltenham Brickworks. 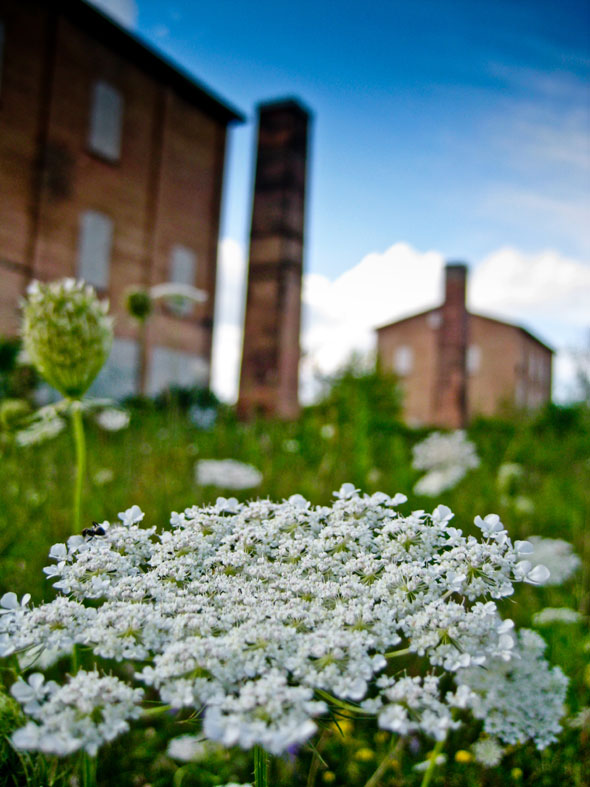 We planned a trip out to Cheltenham and environs based on the directions given by Ron Brown in his Ontarian ghost town works. Although this particular book was published in the 70s, we found most of the places still "standing" (for lack of a better word). 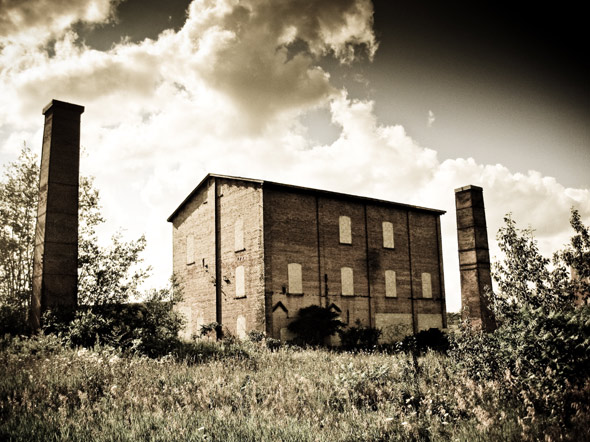 The original area was developed under the direction of English emigrant Charles Haines in 1820, yet it wasn't until 1914 that these impressive buildings were erected. The emerging development produced bricks using the shale in the area. I was not able to find out when production actually stopped, but most of the sources I consulted give 1958 as the official date it closed. In 1993, Brampton Brick began quarrying the area once again on the land just adjacent to the ruins themselves. 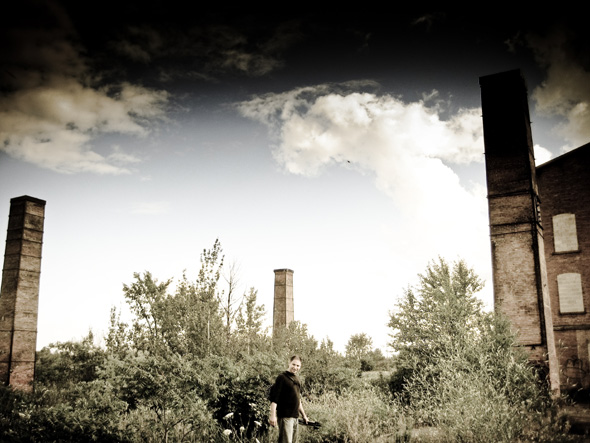 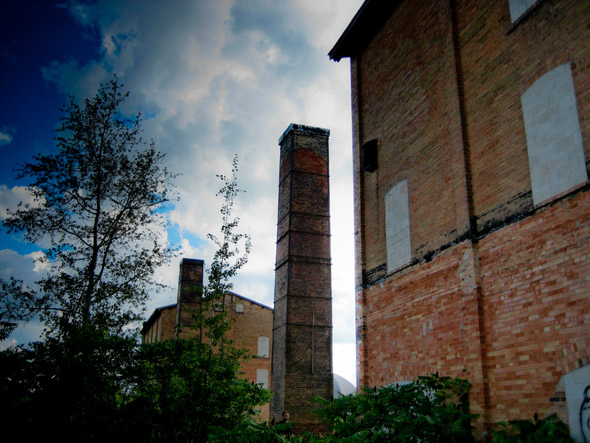 Seeing the massive stacks and buildings rising out of the tall grass is quite something to behold. The buildings themselves are sealed up quite tight, and the few exceptions are dark, empty, graffiti-covered rooms... 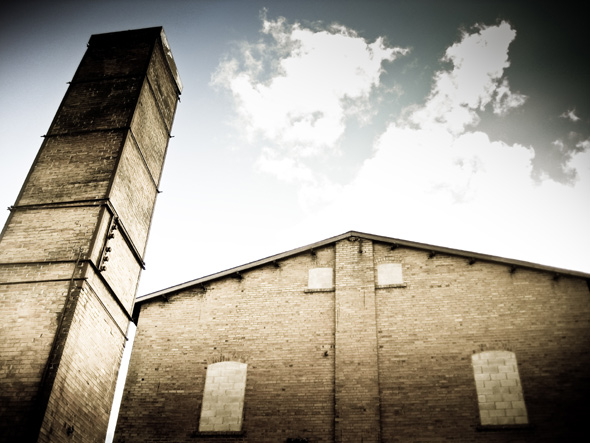 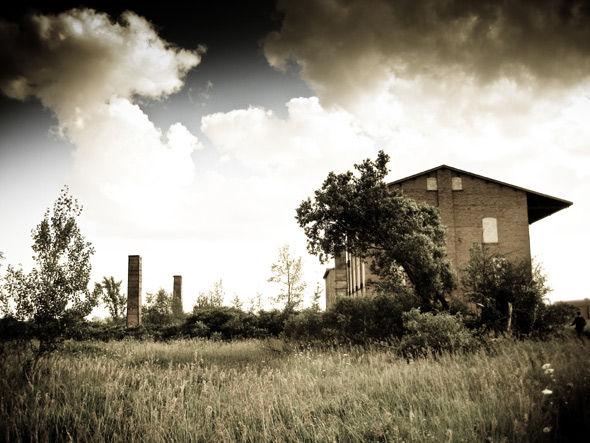 Although developing once-derelict buildings has become somewhat popular, I doubt that Evergreen - or any other company - will be renovating the Cheltenham Brickworks any time soon. After all, this brickworks can't be seen by east-end commuters on their way downtown. This space is truly abandoned, and much more alone.

It thus preserves the loneliness that struck me on my initial visits to the Brickworks in the Don Valley: sitting placidly in the tall grass, beyond the city limits, no renovators, speculators, or spectators disturb its peace. It has nothing to hide, and has nothing to say, but broods in its own silent, solitary beauty.

(To see the rest of the snaps from this series, as well as high-res. versions of the ones above, please visit my flickr slide show below.)