Inside the Arts and Letters Club

Just a few steps from Yonge and Dundas Square sits St. George's Hall. Tucked away at 14 Elm Street this unique three-story building was originally constructed in 1891 and today it's one of Toronto's most handsome clubhouses, acting as the meeting grounds for the Arts and Letters Club of Toronto. The heritage site opened its doors to us non-members this weekend as part of the tenth annual Doors Open Toronto. 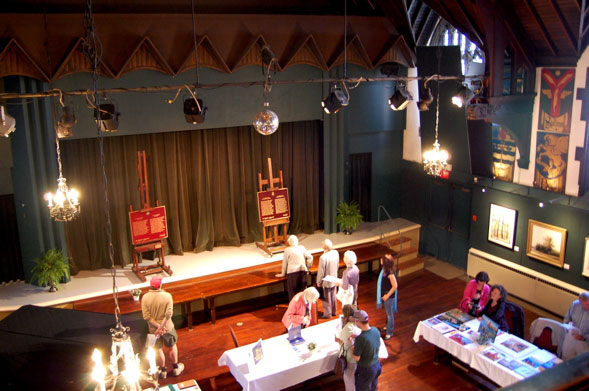 Not just your typical boys club the Arts and Letters Club brings together local artists, writers, actors, composers and all sorts of creative types for exhibits, performances, lectures and social activities. Originally established in 1908 the organization has seen a variety of famous male and female members and at one time the Club was the preferred lunch hangout for the Group of Seven.

Arriving at the Club I was welcomed by a gang of enthusiastic club members who instructed me to begin my tour at the "heart of the club" in the Great Hall. 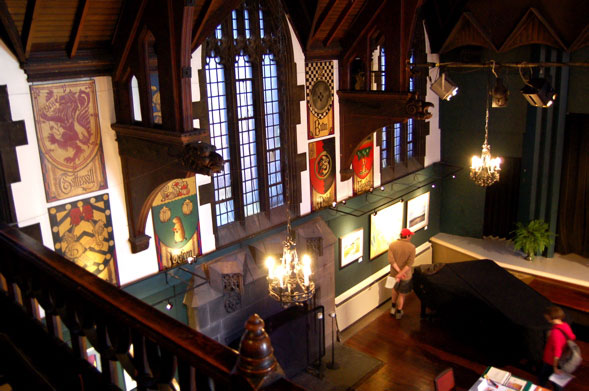 Making my way to the back of the building the impressive two-storey hall initially reminded me of a scene from Harry Potter, the upper walls decorated with coats of arms commemorating former club presidents. Walking around I found it hard to believe that such a grand room, with its impressive fireplace, cathedral ceilings, ornate windows and large stage, exists in such close proximity to Zanzibar. 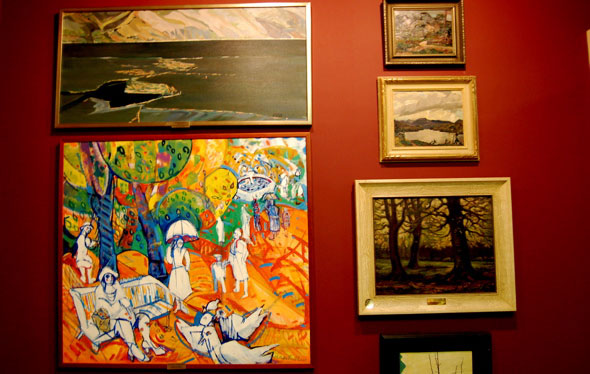 The Great Hall not only serves as a concert hall and theatre but is also used as a dining room. Here, Club members meet for weekday luncheons and formal dinners at long communal tables that encourage lively conversations. 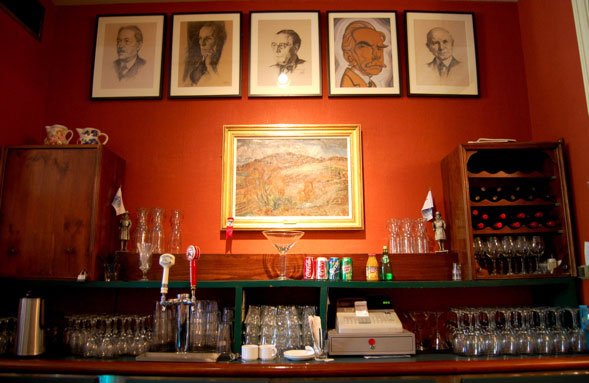 From the Great Hall I wandered into the lounge, a comfortable meeting room adorned with artwork from past and present members. The lounge is also equipped with a fully stocked bar where (I assume) members dress up in dapper ensembles and engage in intellectual banter while sipping liqueurs.

On the upper floors a boardroom and administrative offices showcase more of the members' impressive artwork. Leather-bound literary works written by Club members line the walls of the second floor Library, and funnily enough, it really does smell like rich mahogany. Making my way up another flight of stairs I peeked briefly into the third floor artists' studio and caught a glimpse of some of the members at work. Several artists were painting and sculpting a female model that appeared to be dressed as a milkmaid, making me question yet again what century I'd stumbled into. 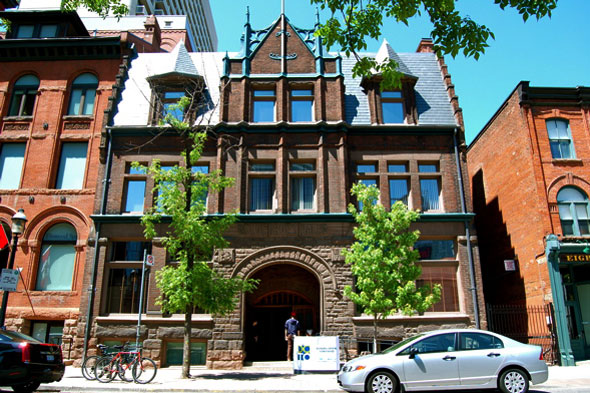 Its good to know that hidden away from Yonge Street's obnoxious strip of billboards and chain restaurants lies an architectural gem where ideas are exchanged, creativity flourishes and the good old fashioned art of conversation is kept alive.