Most of the shows feature three comedy troupes from across North America. While some are hit-and-miss, the majority of the sketches are cleverly written and well acted.

I started at The Diesel Playhouse Thursday night at 9 p.m. for Death Ray Cabaret, Smells Like the 80s and My First Crush (all from Toronto). The second act contained a hilarious sketch about a guy who took his Medieval Times obsession too far (pictured above). 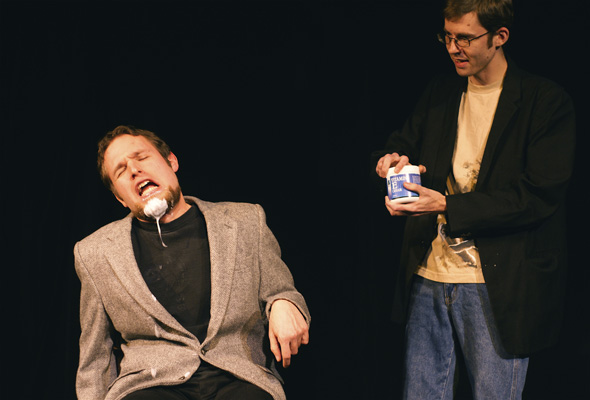 Another routine had Brian Mulroney being chastised for the content of his second book of memoirs. When he got too verklempt, he had his son Ben Mulroney bring him his chin ointment, or chointment. 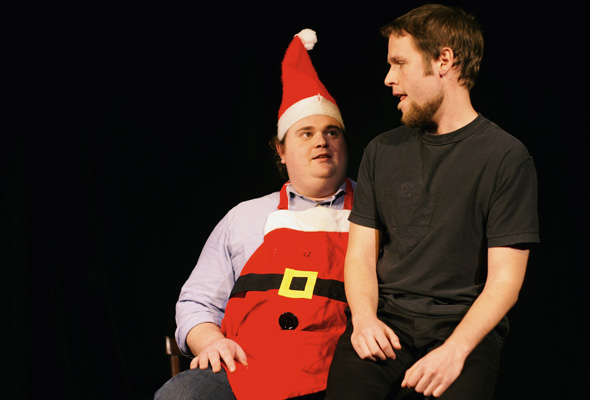 Perhaps a little early for Christmas, but we got to see a beardless mall Santa take a request from a little boy who was brainwashed into getting a Playstation. 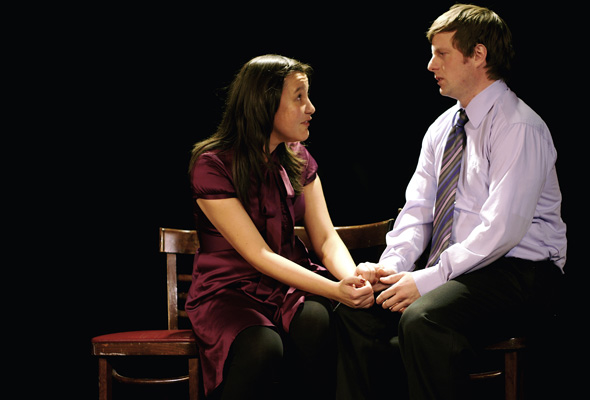 Not to be outdone, My First Crush performed a really tight set that touched on the realities of breaking up.

After a raucus set at the Diesel Playhouse Cabaret, I headed across the street to Second City for the 11 p.m. late show. But their regular show hadn't let out yet and the lobby was getting way too crowded.

We squished our way to the bar for a drink and hoped to grab a bite as well, but -- unlike at The Comedy Bar -- we couldn't order any food until we were inside the theatre.

The late show started with another couple of amusing acts, punchDRYSDALE and The Understudies. But it was New York's FUCT who totally stole the show with their derring-do antics.

To top it all off, they did a sketch with Britney Spears as president of the United States, gossiping with Paris Hilton, both acted out by guys bearing all. They're certainly a daring bunch.

Tonight I'm starting at The Comedy Bar for the 7 p.m. show featuring The Polecats and Hawkmail from Toronto, as well as Dance Party of Newfoundland from St. John's.

Tickets for The Toronto Sketch Comedy Festival are just $12 per show (or $36 for a four-show pass). The festival wraps up tomorrow night, so head out to The Comedy Bar, Second City or The Diesel Playhouse to get the last laugh.