This past weekend the Masala! Mehndi! Masti! festival at Exhibition Place - North America's largest South Asian festival - attracted visitors from all corners of the GTA and in my case, as far as South Africa. Just like Canada, my country of birth is also home to numerous Indian/Malay communities so this was to be for me a welcome excursion.

Taking advantage of the lovely, albeit short lived, weather on Sunday I figured why not head out and sample some traditional South Asian culture and cuisine. Arriving at around lunchtime the bandshell and picnic areas were pretty much empty bar a few people sitting around under trees. This would prove perfect as I needn't stand in long queues and was guaranteed freshness.

After grabbing the festival guide, M.M.M branded mineral water and complimentary Nando's (home of the finest Peri-Peri chicken burger on the planet - a South African company to boot) voucher I was set. Attracted by the open fire and tandoori oven I found myself ordering some of the most succulent Butter Chicken I've ever tasted thanks to the cooks at Chandri Chowk. 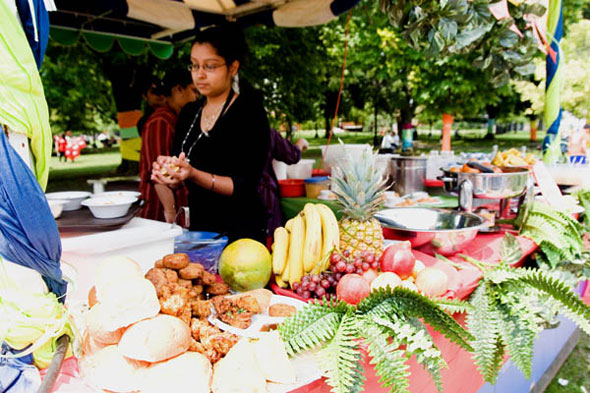 Whilst I was utterly satisfied by my choice I noticed equal interest in both the White Gold Sweets (they had enormous samoosa's that I would never have finished so didn't bother trying) and The Mirch Masala who had by far the most attractive booth with fresh fruit decoration and cheerful ladies serving the hungry customers. 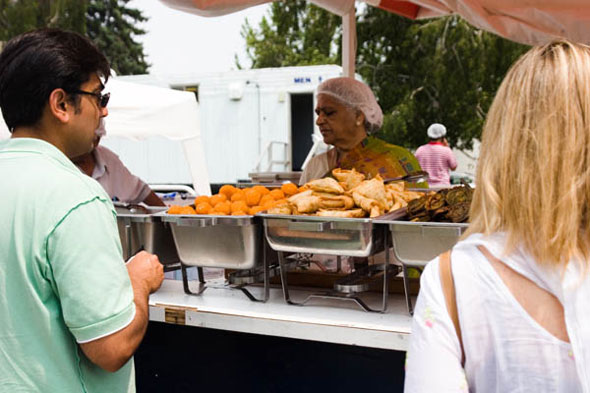 Having filled my belly I turned my attention toward the festivities within the Better Life Centre. What I found inside was everything from costume jewellery and hair and make-up supplies to arts and crafts vendors and motivational speakers. But it all came across as if it were aimed at those planning a wedding rather than promoting the many cultural aspects of these communities.

Standouts were the exquisite Mendhi (Henna) artists such as Sahrish whose audience poured over customers as they had hands and feet adorned in this traditional make-up. On the arts and crafts side of things were two artists in particular; Vishal Misra and Anupama Vittal whose contemporary and traditional works were extremely well priced and of high standard. The traditional clothing on the other hand did not offer anything special, sadly, considering how beautifully crafted and vibrantly colourful these items can be. 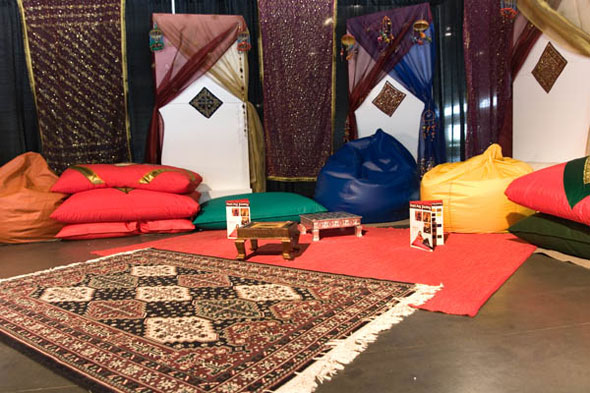 The jewellery again was a case of quantity trumping quality! On the more commercial end you found wedding photographers, DJ and event production services, streetwear and furniture manufacturers were all on-hand to pitch their respective wares to whomever would listen.

After about an hour or so I think I covered everything on offer, except of course the Guinness World record attempt at the largest crowd dancing to a Bollywood song, or something like that. Shame I missed out though because as anyone who knows me will tell you, I can throw down the Bhangra Boogie with the best of 'em. Next time, I promise! 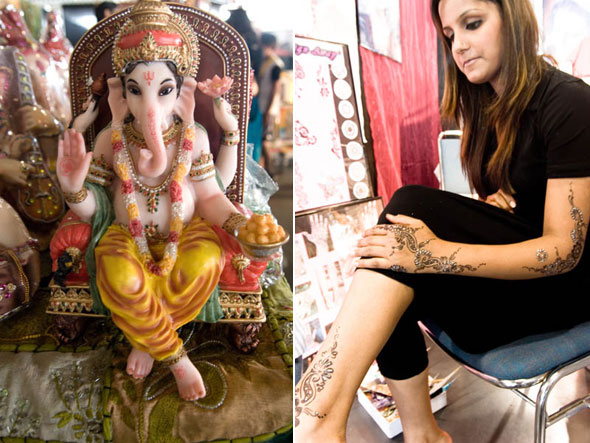 Writing and photos by Nick Hanekom.