The allure of fresh eggs daily and natural pest control is too much for some Toronto locavores, and despite the city's prohibition, some residents are quietly keeping chickens in their backyard. One midtown woman, we'll call her Toronto Chicken, has started an online petition to change that bylaw.

Toronto Chicken is not alone, in Toronto and elsewhere. As eating local food becomes more and more popular, urban dwellers are increasingly looking to their governments to loosen regulations regarding backyard non-commercial livestock.

Although the annonymous chicken keeper has quietly kept her birds for a year, she feel like it is time to go public and change the bylaws, making her chickens - Clucky, Sally and Hybie - legal residents of Toronto. 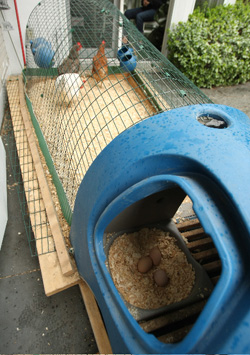 With the increased attention to and popularity of eating local food, and a dearth of backyard gardening resources, websites such as Backyard Chickens and The City Chicken have cropped up to satisfy those who want more than tomatoes from their yard.

For Toronto Chicken, she unknowingly became an outlaw last July when she brought home her hens from an Orangeville farm that had slated them for food. The 1999 bylaw prohibiting certain animals in the city doesn't specifically mention chickens, but they fall under the Galliformes category.

Now, for this anonymous chicken keeper, the quest to legally keep her chickens - and continue collecting their eggs (a food item she hasn't had to buy in over a year) - has resulted in a website and petition as she bides her time until she's ready to make herself known. So far she's collected 342 signatures of support. 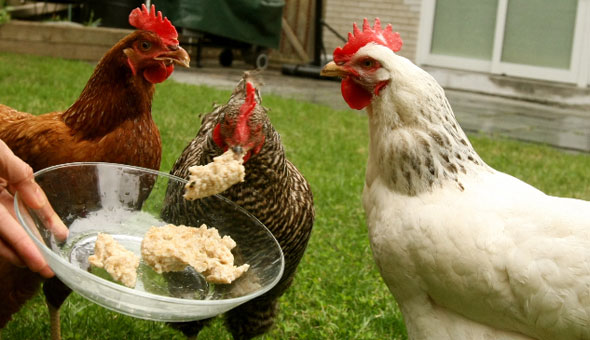 Although I don't have the backyard right now, I'd enjoy keeping chickens one day. My wife's Italian grandmother used to have one and she wishes she still did, as her garden always flourished with the extra feet and beak to control pests and a tasty egg each day. As Waterloo, Halifax and other cities around North America are reviewing their bylaws regarding chickens, it seems time for Toronto to do the same. 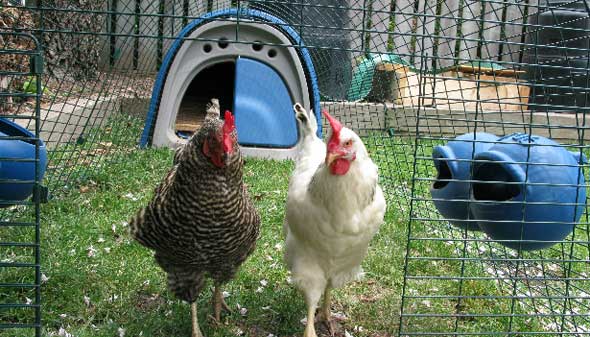