Pink + Purple, a fundraiser for The Weekend To End Breast Cancer, encouraged partygoers to wear pink and purple (pink for breast cancer, purple for Prince) as they danced to DJ High Tone spinning Minneapolis Funk.

While the club at Six Degrees was a little too dark to quite make out a lot of the "dress to impress" outfits, the music was upbeat and the vibe was cool. 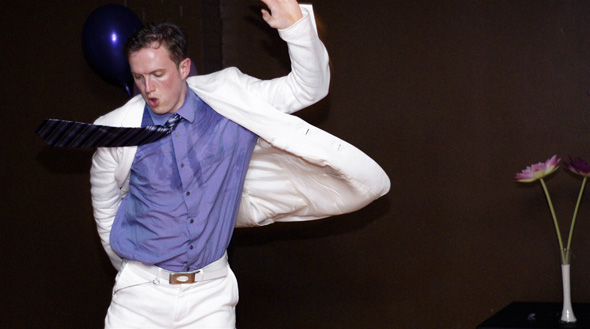 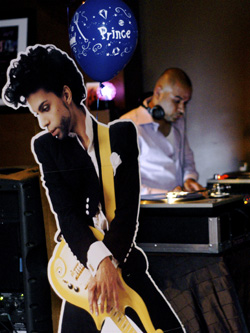 There were Prince and squiggly-symbol decorations around the intimate bar. Some of the more obscure Prince videos playing on the large flat-screen monitor behind the bar.

The party wasn't as well attended as some of the more popular Purplelectricity parties, but the event generated some interest in a worthy cause while showing some of Toronto's Prince fans a good time.

There was a raffle, which included prizes such as Prince DVDs, foot massagers, tool kits and a flat-panel TV/DVD combo.

The event is part of a country-wide initiative that is centered around The Weekend To End Breast Cancer walk in September. Last year, the fifth annual fundraiser brought in $17.3 million for breast cancer research.