The Rise and Fall of Dundas West

It's been a rough ride of late for the stretch of Dundas between Bathurst and Ossington. What only a year ago was seen as one of the city's most on the rise micro-neighbourhoods was first felled by an ill-timed street construction followed by the closing of a number of its most high profile boutiques.

Clandestino was first to go. Then Sunshine Deli. But the real kicker was when the much lauded Model Citizen moved to Kensington. The promise of a burgeoning fashion destination with the city's coolest independent boutiques is now all but done for. Left to pick up the pieces are the furniture and design store MADE, hair salon Grateful Head and the ever popular cafe and brunching destinations Saving Grace, Ella's Uncle and Musa.

It's enough to make a city planner scratch their head and wonder what happened? Tucked between bustling streetscapes on Queen and College, Dundas was supposed to be primely situated for foot traffic moving north and south. Combine this with its proximity to Bellwoods Park, Kensington Market and the now ever-popular South Ossington and the fact it's on the streetcar line and you had what some speculators would call the next sure thing.

But the next sure thing this ain't. Melanie's Closet is packing up and moving to 1438 Dundas Street West (near Dufferin) where it will be sharing space with the soon-to-be opened Zoot's Cafe.

Long vacated storefronts like Clandestino sit empty, now joined by a host of new for sale and lease signs. With more activity now sprouting up further west on Dundas in what used to be the far reaches of the Junction, it's easy to surmise that the moment for this part of the street has now passed.

But, like anything, time will tell. While more closings and relocations might be on the cards in the months ahead we'll need to wait this one out to see if this bit of Dundas might rise again. 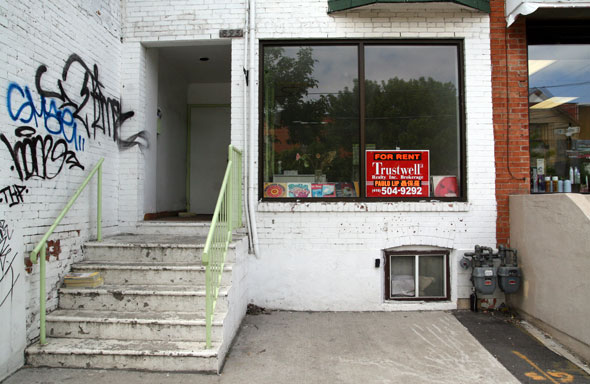 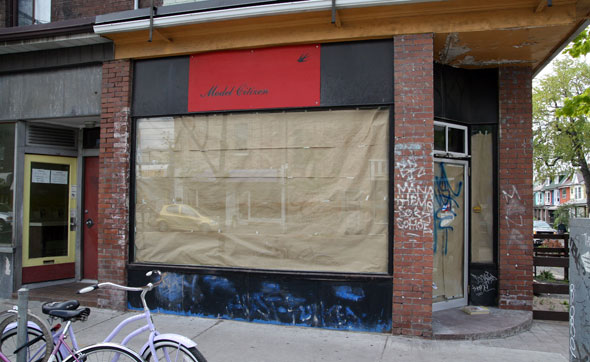 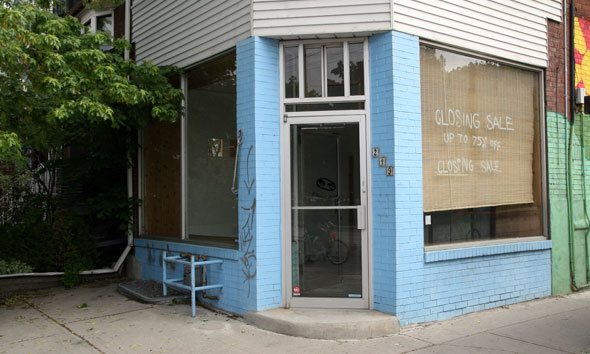 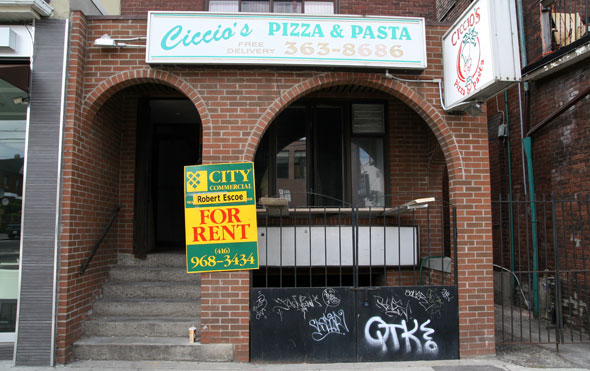