Good news for fellow animal lovers living north of downtown: we don't need to trek all the way down to Queen and River to adopt a feline or canine companion. The Toronto Humane Society officially opened a new satellite location at the Van Horne Plaza on Victoria Park and Van Horne (a few blocks north of Sheppard Ave.) last Tuesday. The Victoria Park branch houses mostly cats but there are dogs, rabbits, rats, birds and guinea pigs as well.

The branch has been operational for a couple of weeks now. As of press time, the THS has had 39 adoptions and counting, including 30 cats, six dogs, two rats and one rabbit. While I was there, a few people were filling out forms to adopt "forever friends" like Weasley, a 10-year old orange tabby. 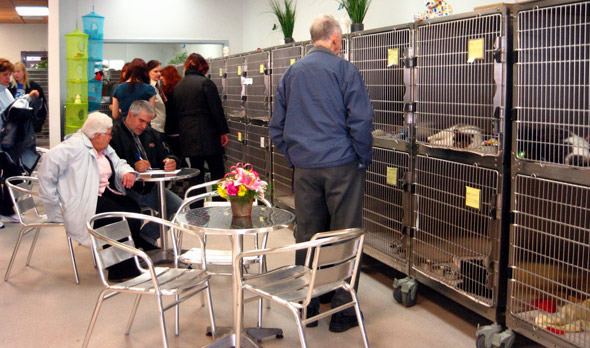 The Toronto Humane Society is an independent, non-profit animal adoption centre not funded by the government and relies solely on donations and volunteers. The organization prides themselves as non-euthanasia and provides 24/7 care for the animals rescued. The Victoria Park branch actually houses some of the cats salvaged from a Hamilton clinic that was about to put them to permanent sleep. Even with the amount of care given by the THS, the animals still need loving homes. "It's sad seeing them in their cages, like a cat jail," one THS volunteer said. So it's always heartwarming to witness an animal getting a new home. 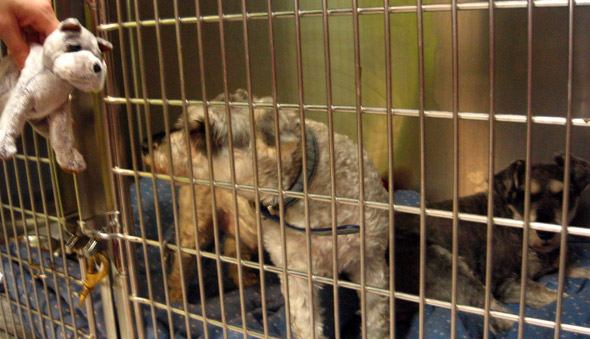 The Victoria Park adoption centre is located at 2802 Victoria Park Avenue, North York, Unit 13 and is open from 11:00 am to 7:00 pm everyday. Drop by or check out the Toronto Humane Society's website's Adopt A Pet section to see which animals are ready to be taken home. Both THS branches are also open to volunteers (18 and above) who want to help feed and groom the animals.