Circa Unleashes Victorian Sideshow on the Masses

For a club as massive as Circa, you need massive appeal. Last Friday the megaclub unveiled its new Victorian Sideshow theme.

It wasn't quite over-the-top enough to impress me much, but it kept most of the club kids entertained throughout the night.

Boasting four floors and many little alcoves, there was something for everyone at this place.

Formerly taking part of the space of Playdium, the club at 126 John St. (south of Richmond) is kind of tucked away just below the multiplex cinema that we used to know as Paramount Theatre (now Scotiabank Theatre). 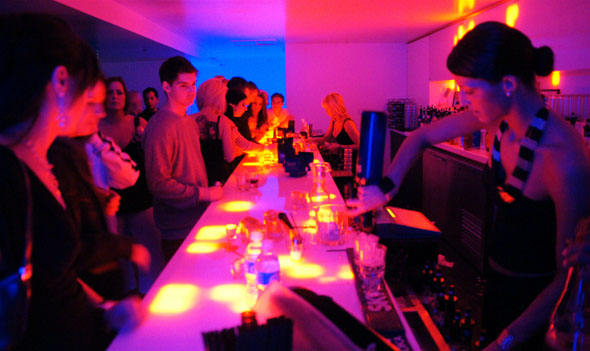 There were four floors of fun, each with its own thumpa-thumpa vibe.

The first main dance space had a happy, bouncy feel to it. It's kinda hard not to when The Pink Panther visits. 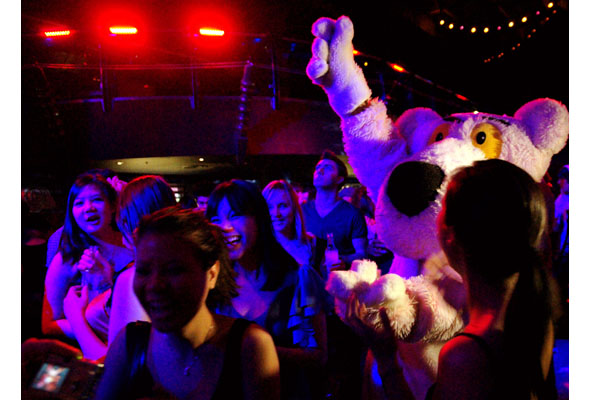 I wasn't quite prepared for a the sight of a roomful of kids frolicking to deep, urban beats while a gigantic TV screen showed Hip Hop Abs. But the crowd ate it up.

That room was a little too packed to move much so I went down another staircase to a floor with a series of small black-lit rooms. One of them was occupied by a buch of trendy hipsters sipping on their colourful drinks. 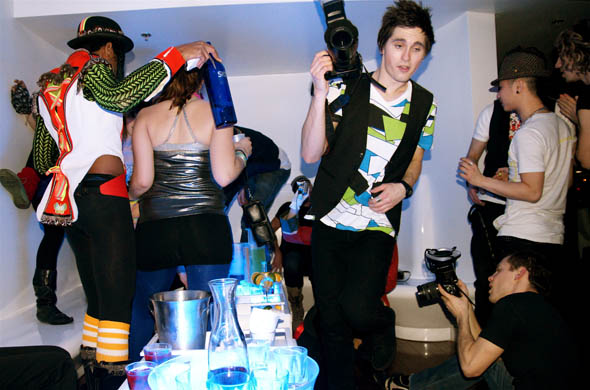 The circular room soon escalated into an impromptu fashion photo shoot with a bunch of wannabe models and over-eager fashion photogs. I snapped a few shots of them hamming it up for the cameras.

That soon got tiresome, so it was time once again to find another area. And there were many others, each with its own crowd and colour scheme to match. Around the corner from the blacklight booths was a bright room and bar full of cutesy characters that are larger-than-life adult collectibles. Something you'd find in a store like Magic Pony. 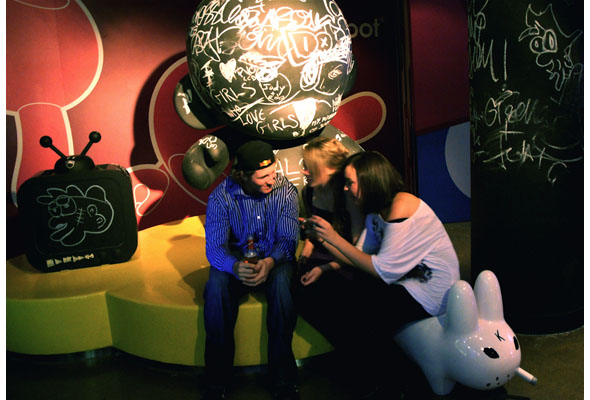 I seem to have caught a couple's break-up in progress. These two girls appeared to be consoling the poor lad. But with "GIRLS WHO LOVE GIRLS" scrawled on the sphere above him and a Picasso-like graffiti cat on the TV to his right, how can you be upset?

There were many more rooms to check out and fun to be had. Perhaps too much for one night.

If you haven't gone since the redesign, it's certainly worth a look. Friday night they've teamed up with Newmindspace for RANDOMLAND and tonight's Underground Smurf Love theme. VND/LSM is in the main room and ViVi Diamond's in the ballroom. 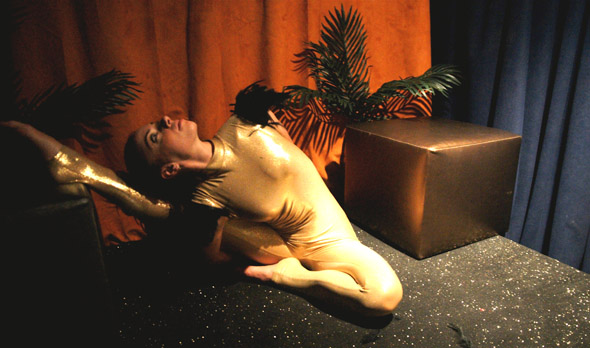 So if you don't already have plans, put on your best blue suit and perhaps you'll get lucky with Smurfette tonight. Or at least get to gawk at the contortionists in the display booths.

More photos from Circa's Friday night re-opening in a mini photo slideshow below: