The Disaster That Is The Queen Streetcar

It's bad enough that the Queen streetcar runs so irregularly, and somehow manages to send two to three at a time and then nothing for 40 minutes. But since this Monday the TTC has given commuters yet another reason to walk, bike, drive or join the crowd on the rails at King or Dundas.

Like the never-ending track construction and replacement elsewhere in the city, the TTC has decided that October is the month to rip up the ground at Queen and Bathurst. Stopping by today for a closer look, I took some photos of the mess - and progress to date. It seems like they've finished most of the excavating and are now in the laying tracks or pouring cement phases.

Here's hoping work is complete on or ahead of schedule which as of now is slated to finish on November 5th. More photos: 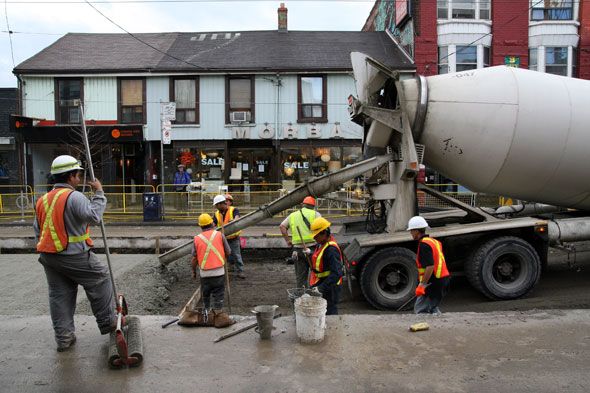 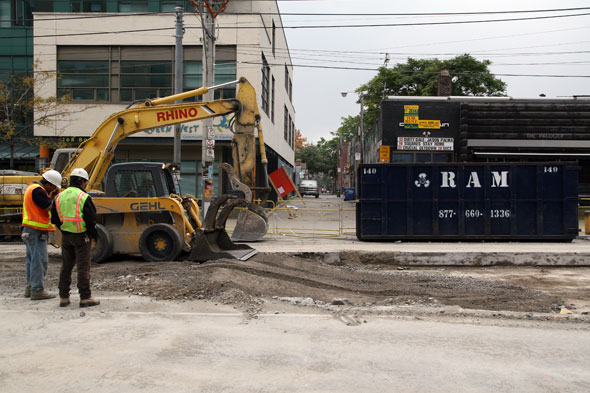 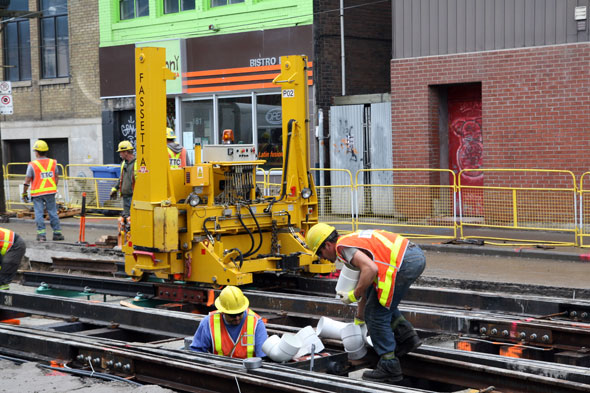