This Pride weekend, BlogTO has been on the scene, dancing, marching, witnessing "When Celebs Attack" moments, and taking a busload of photos along the way.

Ryan C, Adam and Megan will no doubt be reporting back with more from Pride Sunday, but for me, this year was all about amazing Dyke Day Saturday events. 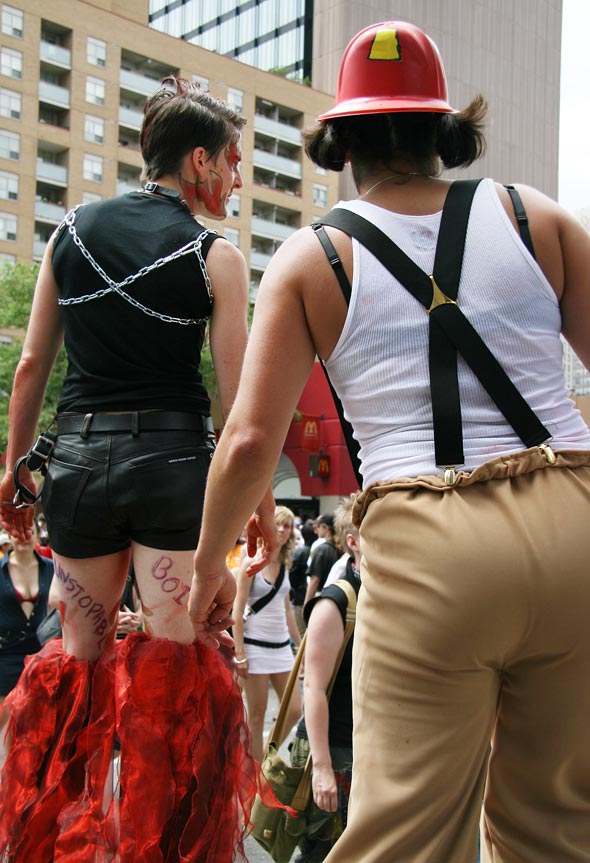 The Dyke March, clearly not just a marching event anymore, brought out bois and gals on stilts, 'cycles and even a mobile boxing ring. 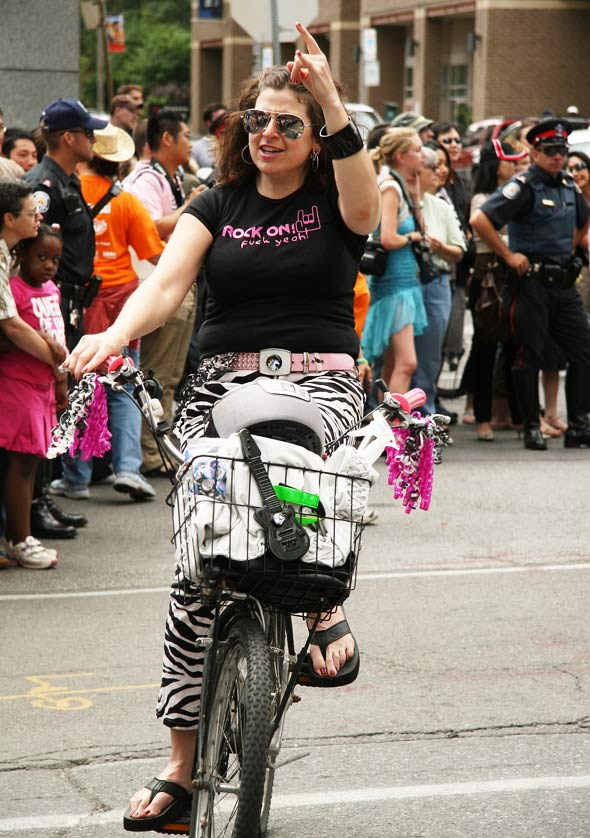 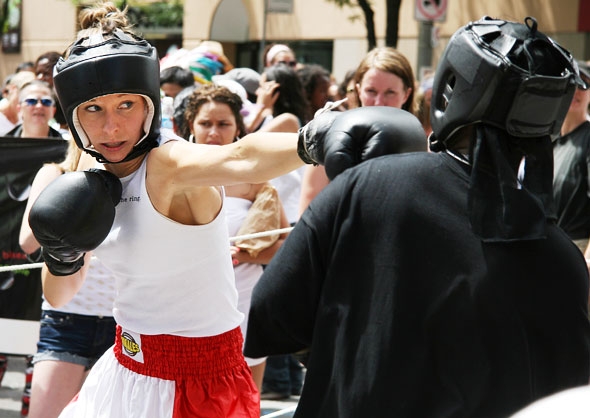 Over on Church Street, even the pavement got dressed up in a little Toronto Pride street art. 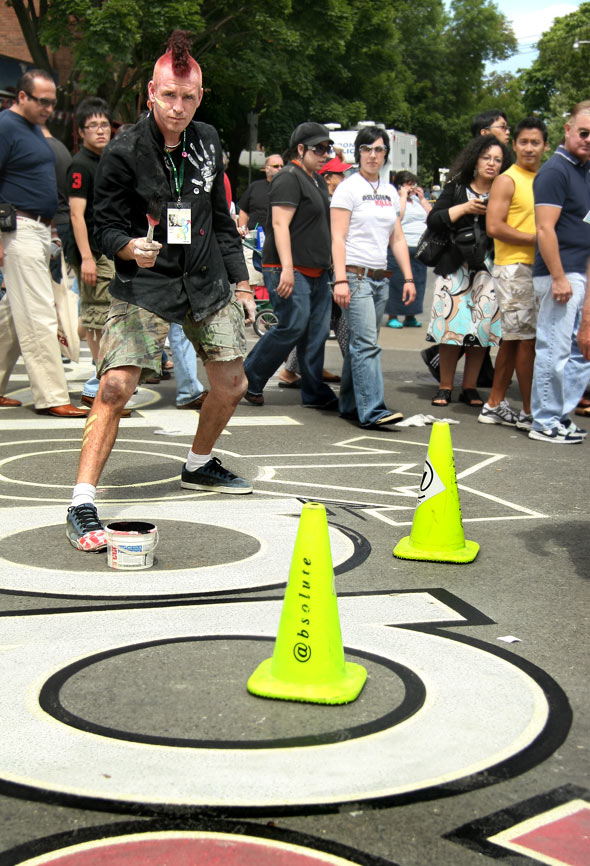 Eyes on the stage, the afternoon filled up with stellar performances by the Raging Asian Women drumming ensemble, Skin Tight Outta Sight burlesque troupe and the surprisingly freakin' awesome, Boychoir of Lesbos. 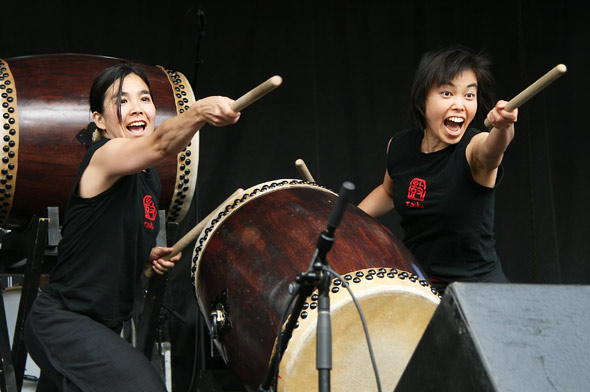 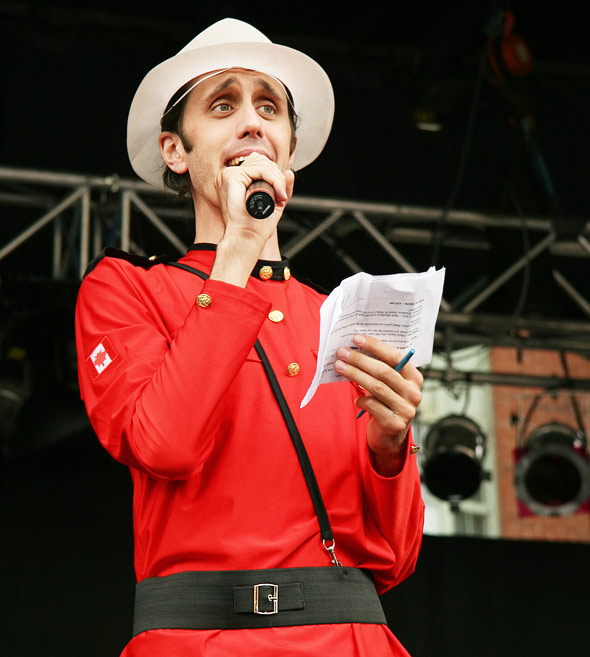 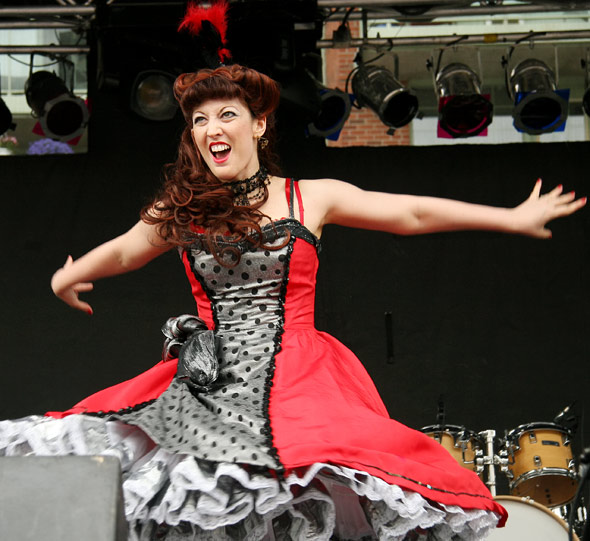 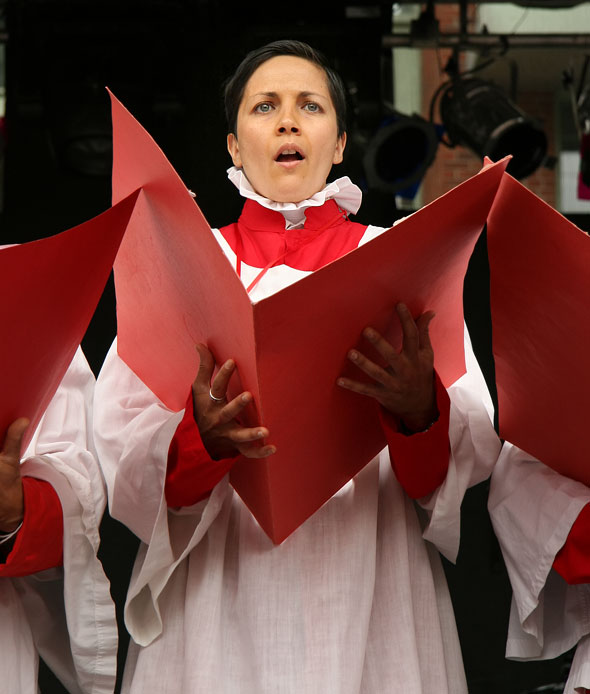 Still at the packed South Stage, things kept getting better. Up on stage next were the beautiful and lyrically shameless Bitch & the Exciting Conclusion followed by veteran queer songwriter Melissa Ferrick and local newbies Dance Yourself To Death.... who, I should mention, were doing a great job impressing Ferrick and Amy of the Indigo Girls (who watched attentively from the sidelines). 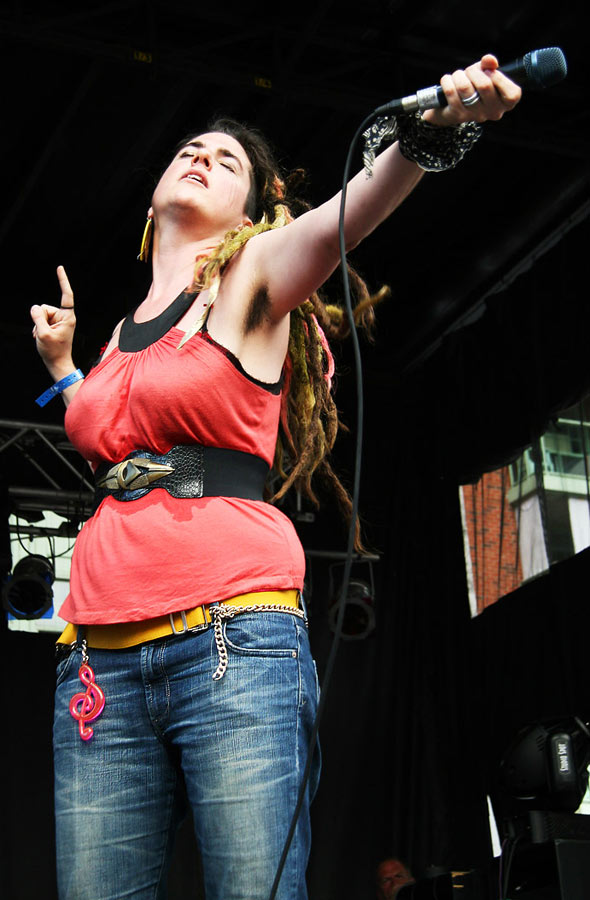 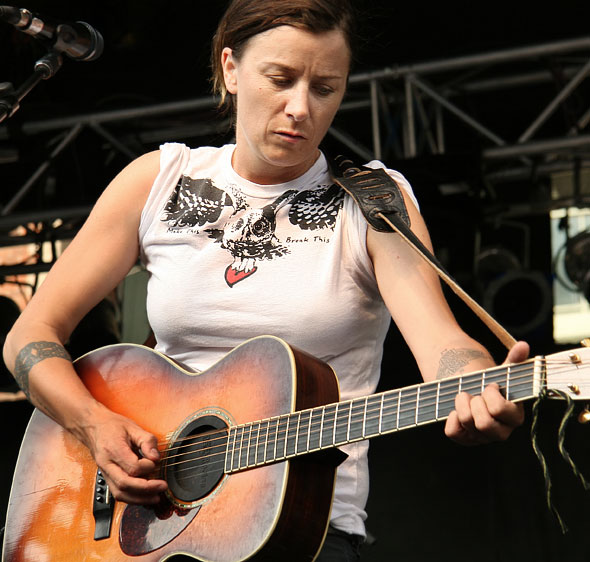 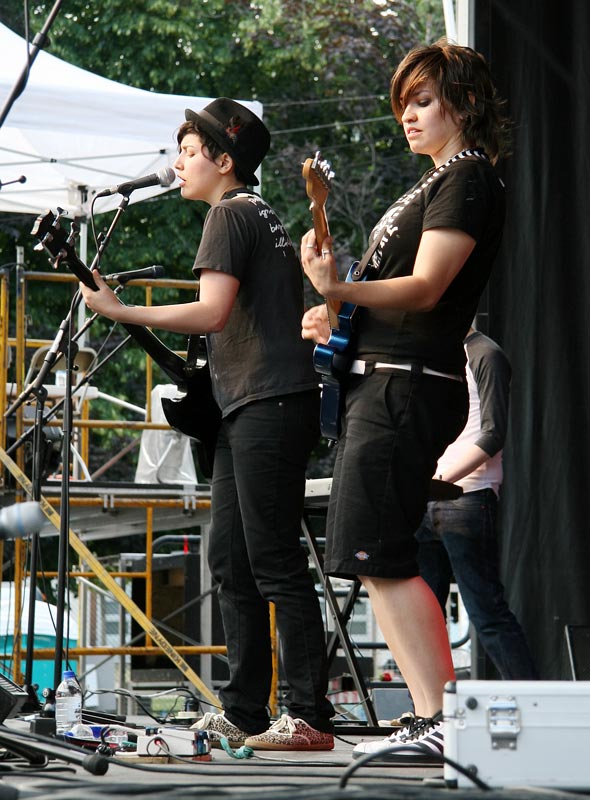 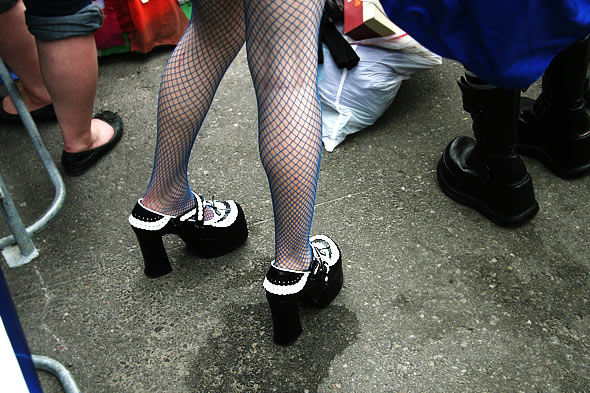 In between it all, Denise Benson was spinning from her tower in the sky. 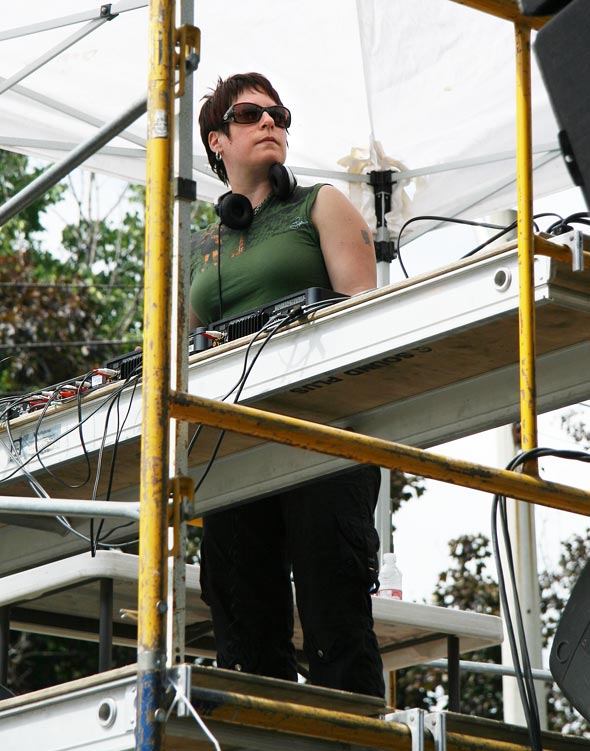 As the crowd thinned out and flocked to the new Wellesley & Yonge St stage for the headliners (you know who), Insert Pronoun Here II hooked most people in for a little longer as they took to the stage for some international drag king showmanship. 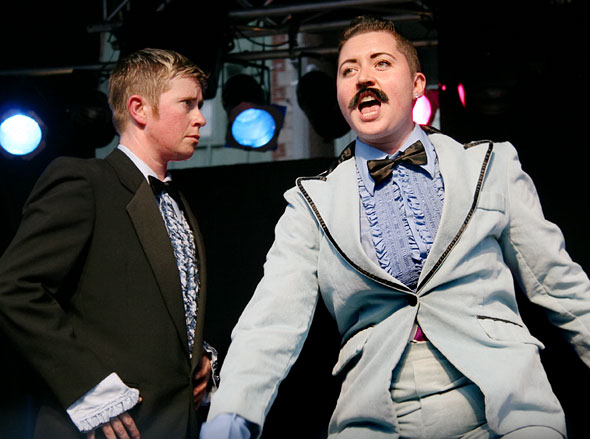 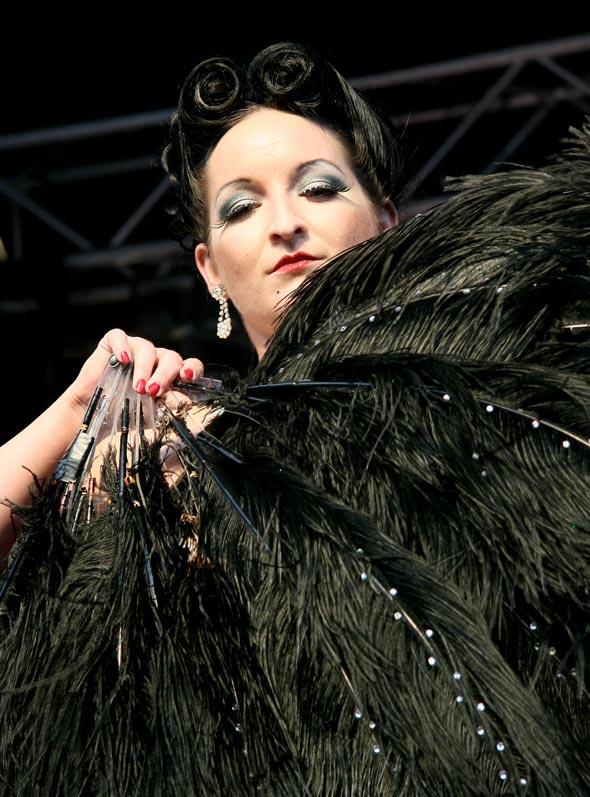 A few minutes later, I'd arrived at the Wellesley stage to find everyone and their gay sister had arrived to see the big show. The Cliks were up and rockin' out to thousands in the crowd, the alleys, rooftops and surrounding balconies. 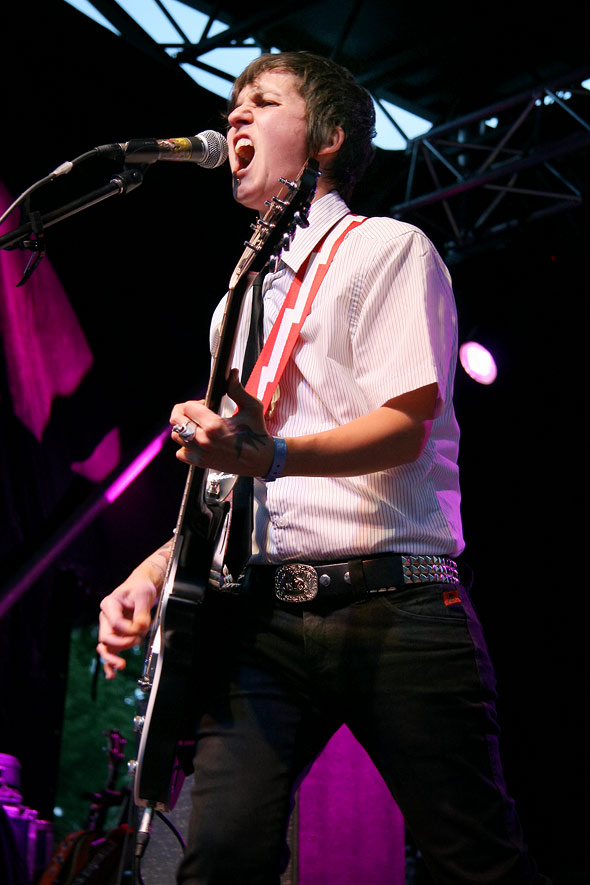 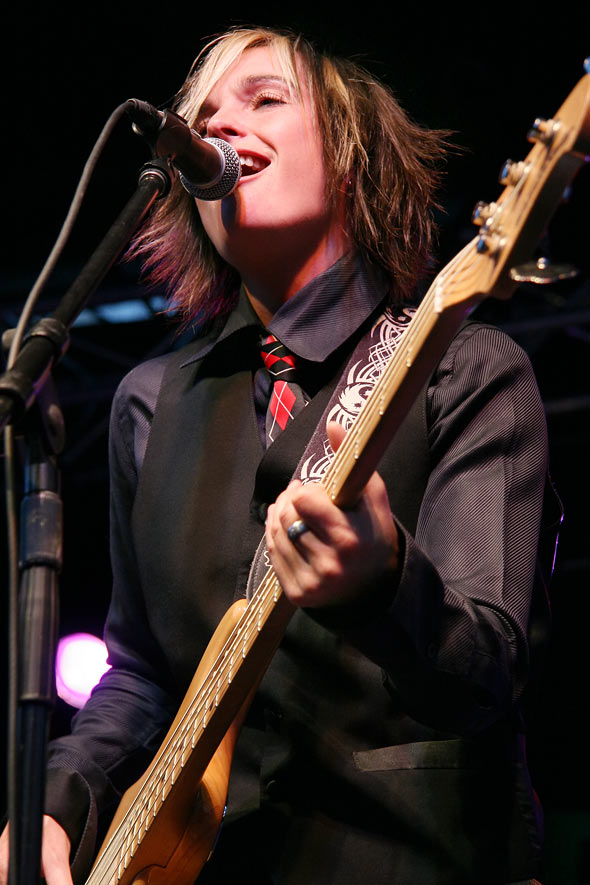 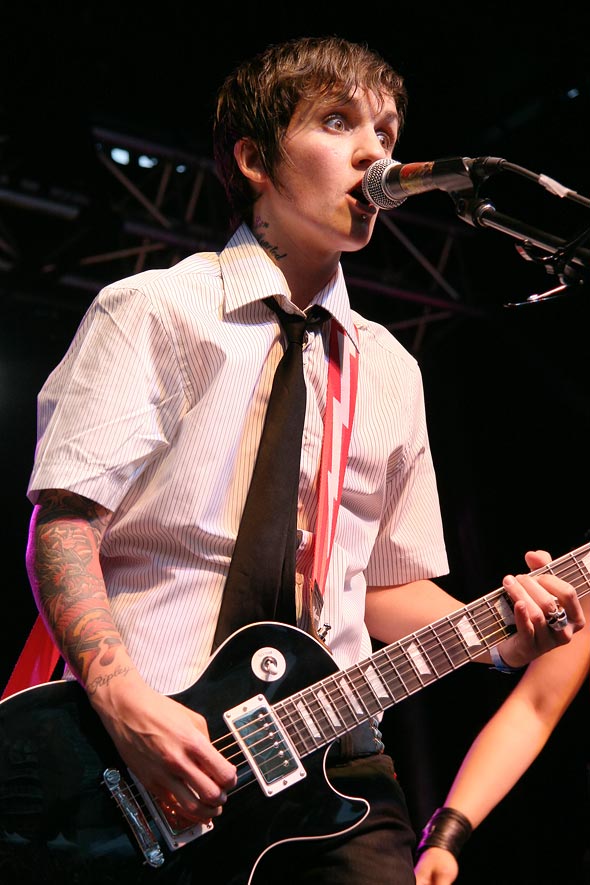 And finally, as the sun went down, and that quintessential lesbian folk duo, The Indigo Girls (and amazing Pride Toronto interpreter) arrived for a great show (holy sing-a-long, batman!) + two encores. Backstage, every other performer crowded by the sides of the stage singing along while in front of the stage, thousands of women sang and swayed along.

It was adorable and pretty darn heartwarming, if you ask me. 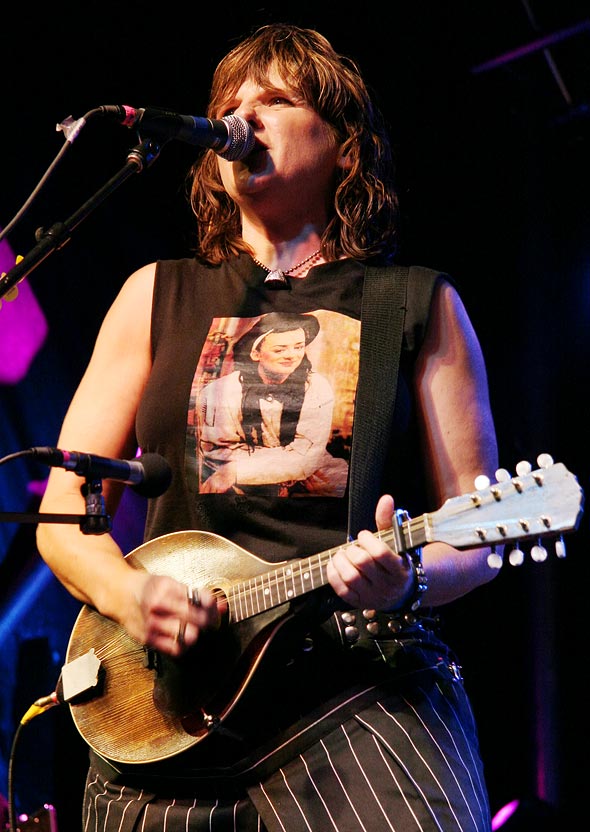 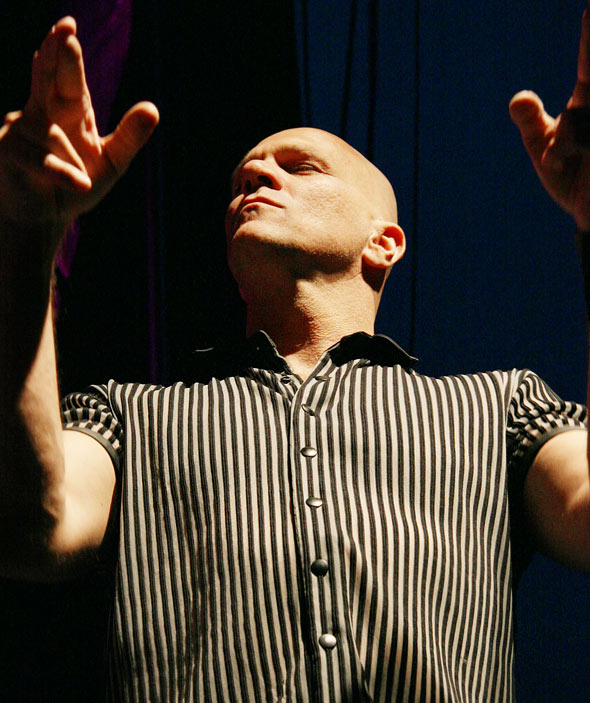 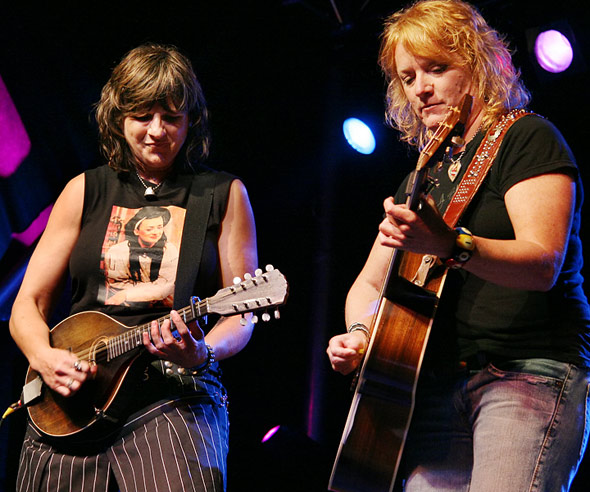 UPDATE: Want more? The rest of the photos are now up in a Flickr set. Check out the blogTO Pool for incoming reader submissions as well.