Anything for a View of the Pride Parade

My original plan was the same plan most everyone else who was at the parade had on Sunday; watch and take pictures of the people and floats walking down the street.

And I did just that, for the first 20 minutes or so while sitting on top of a bus shelter at Bloor and Yonge. But then I noticed about 20 billion other people, all doing the same thing. Not only that, but they had way better vantage points than I had.

But then I figured, hey, I'm going to see all sorts of pictures from all sorts of angles of the Pride Parade in the BlogTO Flickr pool, so how about I take pictures of the people climbing the walls, literally, to get a decent view of the parade. Hopefully they were getting the shots I couldn't get anyways.

So that's what I did.

--
Having been the first time I've attended Toronto's Pride Parade, I can say it wasn't disappointing. I thoroughly enjoyed the floats as well as all the naked people. Below are pictures of people enjoying the same things I did, and doing their best to make sure they get an unobstructed view of the event. More shots of people standing on things can be found in this Flickr set. Be sure to upload your shots of any and everything Pride and Toronto related to the blogTO Flickr pool!

Hover over the pictures to see some not-so informative alt-text. 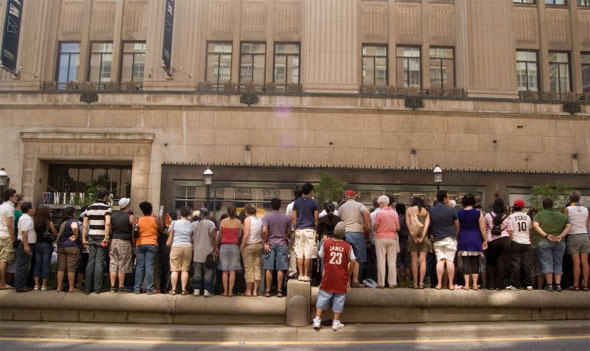 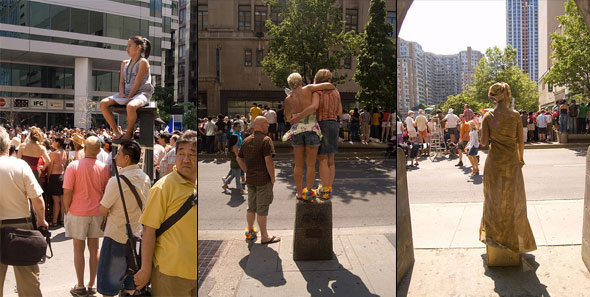 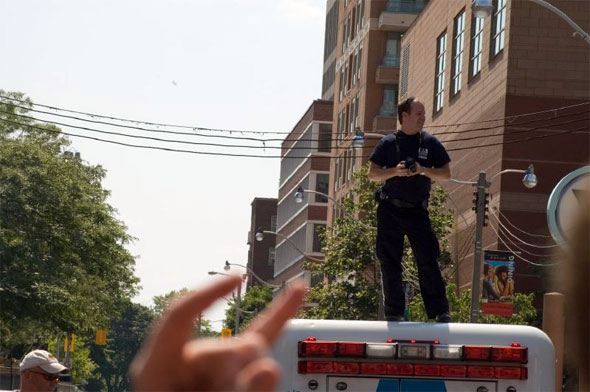 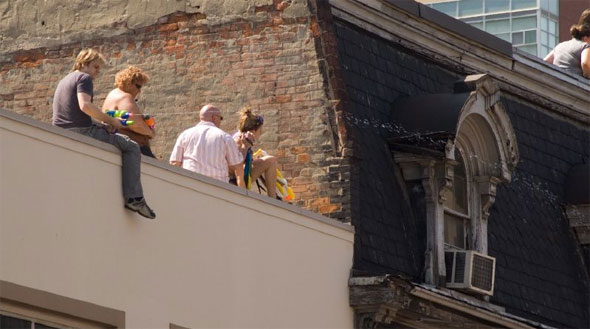 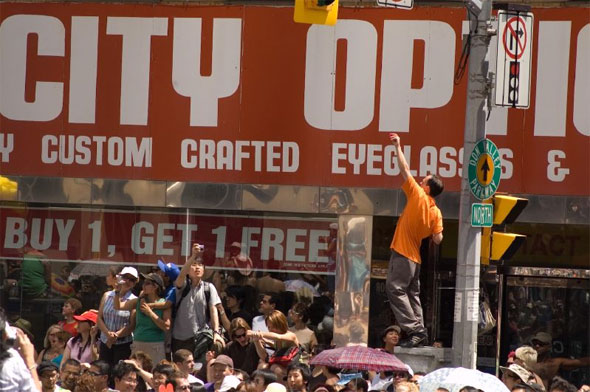 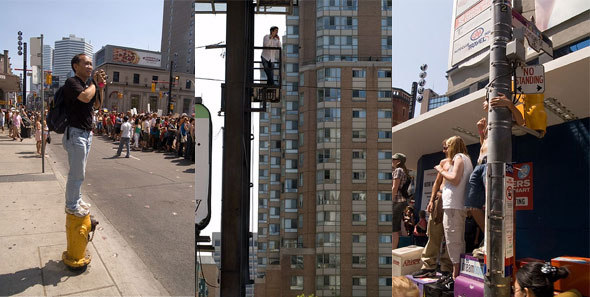 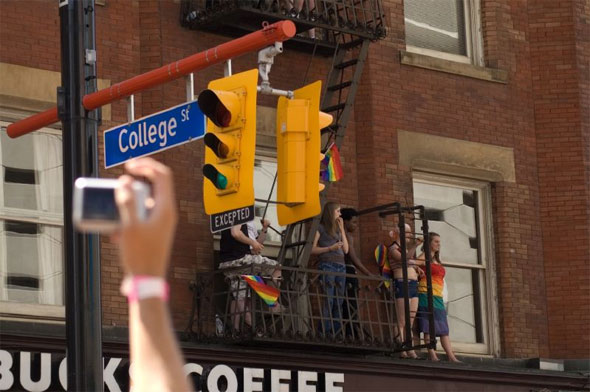