Where's the Mail? Inside the South Central Letter Processing Plant

Every piece of letter mail in Toronto winds its way through the sprawling South Central Letter Processing Plant (SCLPP) at 969 Eastern Avenue. Inside, more than 2,000 Canada Post employees have a hand in processing, on average, about 9 million pieces of mail a day. In peak times (such as December) this can rise to as much as 12 million.

To handle this sort of volume and to, um, deliver on their self-imposed target of mailing 80% of the letters by the next day, they rely on a series of interconnected workstations, tasks, sophisticated equipment and highly-trained employees all of which were on display (well, except for the staff, as most don't work on the weekends) as I made the rounds with my helpful tour guide.

During the tour, one of the most useful bits of information I learned is that many mail boxes get emptied more than once a day. Take your average red mail box. It probably indicates that mail will be picked up Monday to Friday at 17:00 hours. As it turns out, that's the minimum guarantee.

Because today's postal employees have a renewed focus on service (they need to fight for share against email, UPS, Fedex and the rest of the delivery companies), in many cases they'll empty the boxes 2-3 times a day AND on weekends. Plus, mail will always be picked up at 17:00 hours or later. So if you don't get to the mail box until after 5pm on a given day, there's still a chance that it will get into the processing plant that evening if the box isn't one of the first on the postal worker's round. 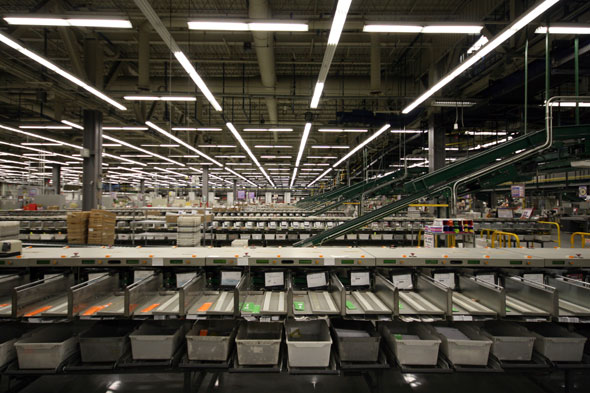 Inside the plant, the process starts with unloading the mail from the delivery truck. From there it gets sorted so that that the letter mail is separated from the priority mail and packages, as well as the hypodermic needles, food and dog shit that people throw in the boxes. (Yep, that all still happens and apparently more than we'd expect) 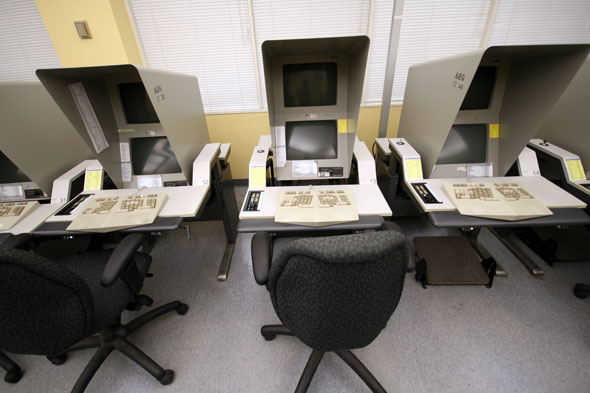 Eventually all mail gets identified and sorted by city, postal code etc. but some of the mail (about 1-2%) is unreadable and gets rejected at which point it's barcoded and videoed so that staff working the funky machines above use their magic (and knowledge of the city) to decipher what the sender meant to write on the envelope. Apparently, those who work these machines are the most highly trained in the whole operation and it shows - they each decipher at least 1,700 rejected letters an hour.

The rest of the building resembles a very very large factory. There are rows and rows of boxes, bins, sorting areas, conveyor belts and machines with fancy little lights on them. (This is where some of the stuff my guide was saying started going over my head. Can you tell?) 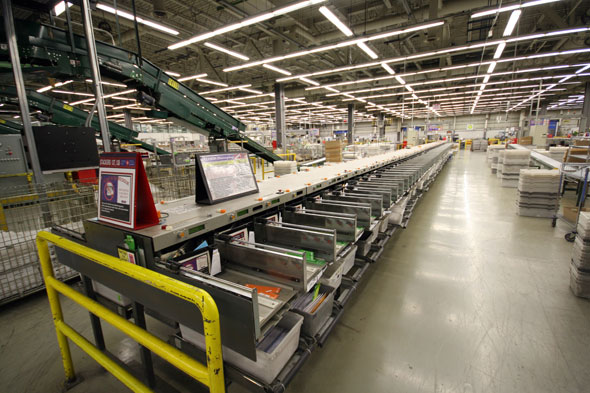 There are also separate areas for the business mail, as is evidenced in the photo below of the holding area for everything by Zip.ca. Not pictured are all the boxes filled with Zip.ca envelopes as well as other shelves housing bills from telco and financial companies. 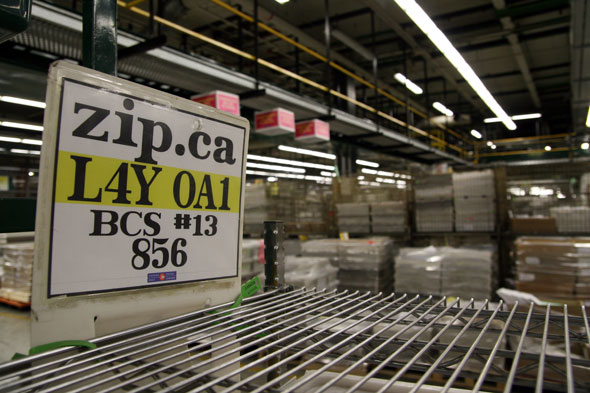 One of the final destinations is an area like this where employees hunch over a series of wooden shelves, sorting the mail into slots marking their final destination. It's the most manual part of the whole operation but I guess one that still can't be avoided. 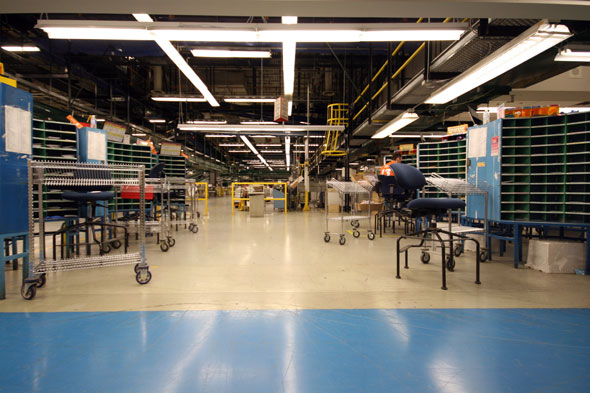 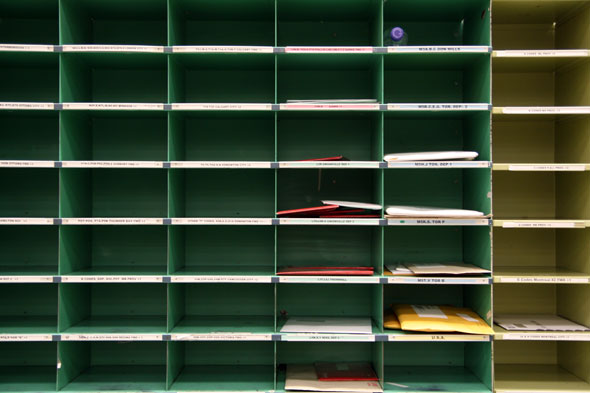 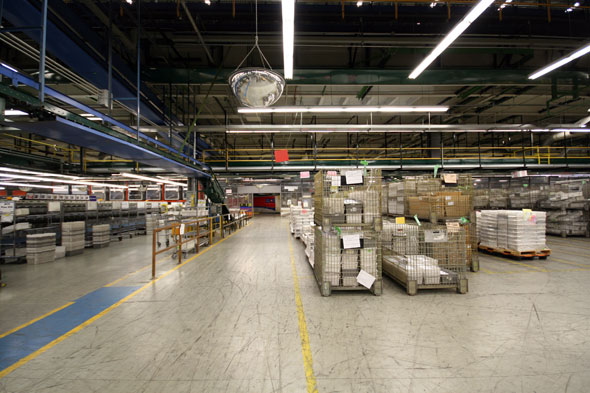