The GTA escaped the wrath of the "winter storm in spring" but south of the border they got hit pretty hard. Freaky weather for a freaky planet continues.

Rates for electricity will be dropping slightly, but homeowners will see a slight increase on their bills. I don't quite get it but no doubt will pay for it.

Late last night a man was found stabbed to death on a TTC subway train, prompting authorities to close Victoria Park and Kennedy stations. If you're commuting in from the east end, expect to be using shuttle buses and expect delays.

The city's budget committee wants to take the province to court over the $71 million they feel the province legally owes Toronto for its share of certain social service costs. Will the legal costs for this endeavour come from the city budget? How are we paying for all of these elaborate campaigns (Transit City, One Cent Now, and now legal fees to name a few)?!

A counterfeiting ring that was selling fake Canadian university degrees was busted in Markham. Hmmm. Maybe I should save myself thousands of dollars and 8 years of my life and open a dental clinic - tomorrow.

A friendly gift from one neighbour to another resulted in a bomb scare and a 5h street closure in Hamilton. The culprit? Barbecue utensils in a metal case. 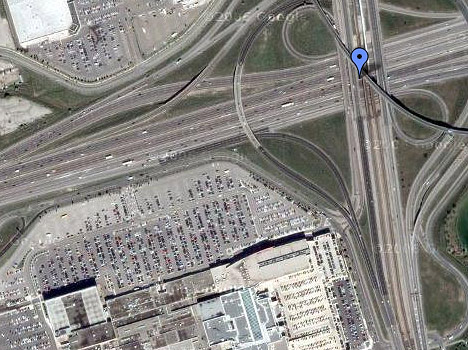 Answer to yesterday's puzzle:
The super fun but kind of creepy (think The Shining) "Amazing Maze" on Ward's Island