Toronto generates too much garbage, and we need to explore alternatives to our current waste handling practices. That's where the Community Environmental Assessment Team (CEAT) comes in, and where you can have your say.

Back in October 2006, CEAT hosted the first round of public consultations and are back this week - asking for your input in the next phase of the assessment.

"It's crucial that we hear your input as the City develops a plan for its garbage. Join us for an evening during Consultation Week, February 26 - March 5 and share your ideas as we move forward on an Environmental Assessment. Call 416-392-9365 to pre-register. Call now, because - just like finding room for the City's garbage itself - space is limited."

Public meetings will be held in four convenient locations across the city. 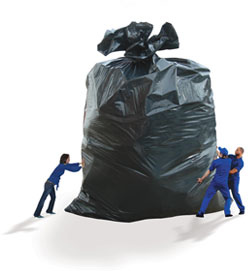