I nominate Zanta for 2006 word of the year. He should have been in the running anyway, but now that someone plastered his image on this billboard across from the Gladstone (Queen and Gladstone), I think he's sealed the deal.

I can't recall the last time a local figure has reached such cult-status in this city. Heck, even the stuffy Globe and Mail printed an article on Zanta this weekend. 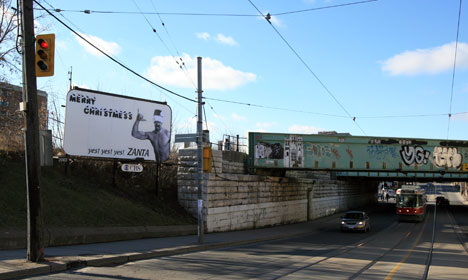 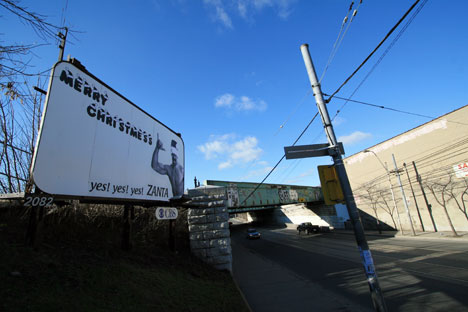 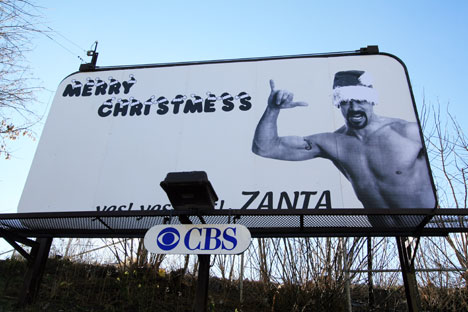