BLTN of course standing for Better Late Than Never. I had what I can call the pleasure of being at Union Station at 9:09pm this past Friday, December 15th. More than a few people showed up for the event, though not as many as I'm sure some people hoped for. Still, more than enough mp3 players were present to make any major label exec cringe at the thought of how many displaced sales were playing in the great hall of the station. There were fears that this event would end up similar to Newmindspace's previous event, complete with cops and the shutting down of transport lines. Well, Jingle Bell Rock had half of the equation, with Union Station security showing themselves in full force, but things didn't end up nearly as messy as I'd thought they would. More pics and commentary after the jump. 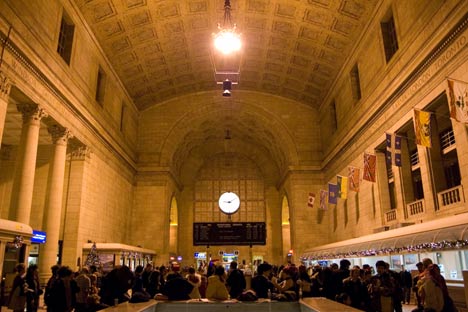 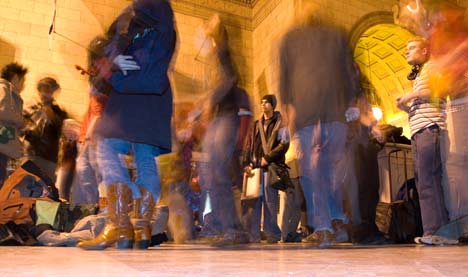 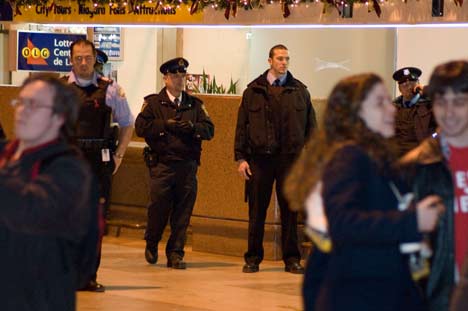 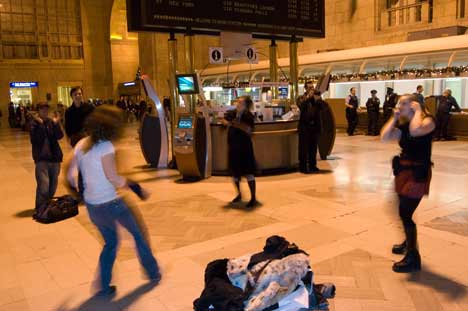 The would-be dancers began showing up in earnest by around 9pm. 9:09 came and went, and it seemed as though everyone was waiting for a few adventurous souls to start moonwalking first.
By about 9:20 or so, those who were gonna start to move were doing so, and the few that didn't have the nerve to start kinda idled around, strangely enough looking like the odd ones in a room full of people dancing to music that no one else could hear.
A kind security officer had let me know, around 8:45pm, that I wasn't allowed to take pictures of anyone in the station (I was sitting on a seat with a long 300mm lens, kinda hard to miss). I told him him I wouldn't think of doing such a thing, knowing full well that there would be many a camera and even a few videographers in attendance. None of us were prevented from shooting the whole time, and not once did security try to eject anyone or rain on anyone's parade. Lame "rentacop" jokes aside, thanks to Union Station security for not turning the peaceful gathering into a god awful mess.
I overheard one of these dancing machines say something along the lines of "Did you notice he's only taking pictures of 'what's her name'?" I protest this statement/question. I was taking lots of pictures of all of you. One of you just happened to be moving with a bit more passion than the others, but still, nice job at moving pretty much non-stop the whole time, all of you.

Below are a few more pictures from the gathering. They don't really need labels or written descriptions. People were having a great time, hugs were shared, and there were two girls who waltzed the whole time; I let you two know how awesome you were below the station. All in all, a good time was had by everyone, and while I had to leave to go to the awesome 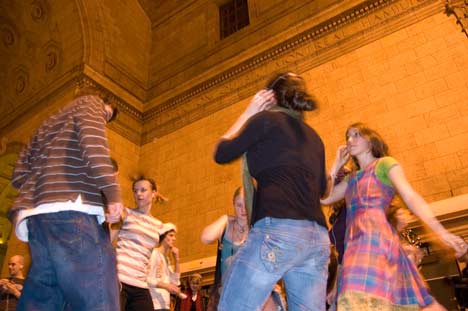 These Electric Lives show at the Horseshoe, I'm relatively certain that there weren't any riots that night at Union Station. 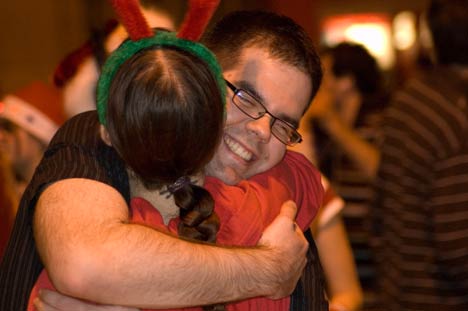 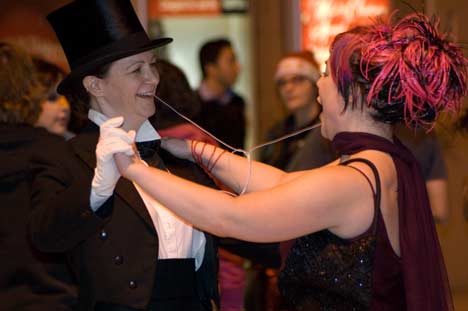 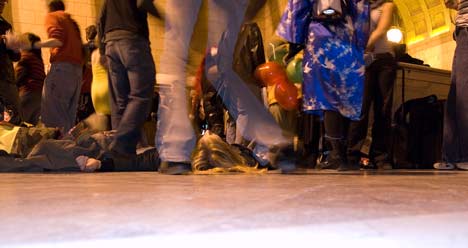 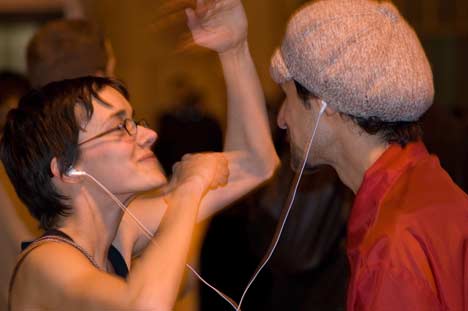 Images courtesy of The Photendoist. Upload your pics to the blogTO Flickr group with "Jingle Bell Rock" as a tag, or else you will be catapulted into the oh-so groovy Lake Ontario by the blogTO team!