Sam James does some amazing things with coffee... like making it taste like blueberry. He also makes cappuccinos with heart designs on top, so whatever additional coffee knowledge or skill he possesses, he's already won us over with these two tricks. When Alyssa orders a mochaccino from him this week at his brand new, self-titled coffee bar at Harbord and Clinton, she asks if it will come with a fancy design on top. "You betcha," says Sam. Hook. Line. Sinker. 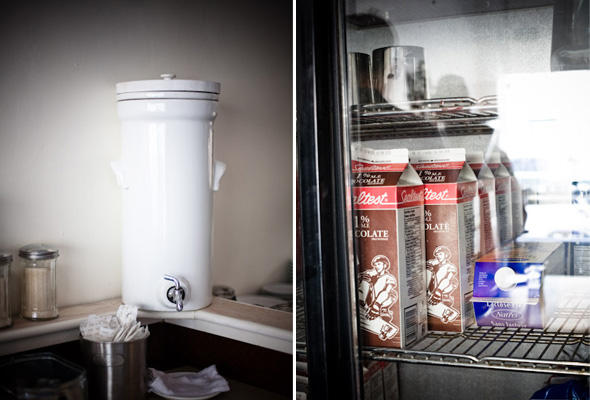 Coffee people like to give Sam James accolades, sometimes even in the form of official awards (like Canadian Central Regional Barista Champion). They throw his name around like celebrity (coffee celebrity!), with top-notch institutions like Cherry Bomb , Manic and Hank's . "Cherry Bomb is where it became fun," he says, of the Roncesvalles cafĂŠ where he got his start as espresso-making champ. His propensity for coffee fun definitely contributes to an endearing presence and personality (and probably those cappuccino designs) but fun aside, there's a science experiment on the counter. 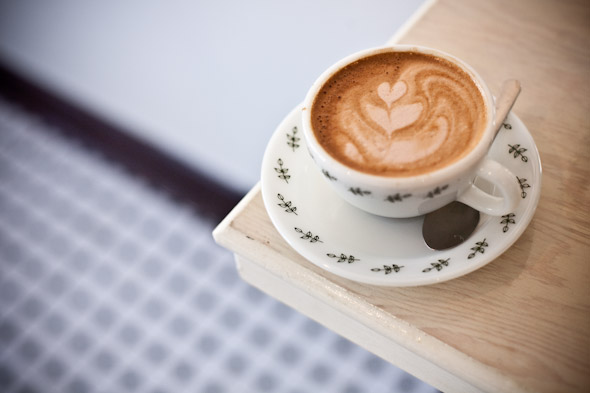 "That's a siphon," he answers, pointing to the "siphon" option on the menu ($5.31 for a cup). It's categorized under "old school" coffee. He's happy to launch into an explanation of what, exactly, the siphon does to produce a cup. I can't quite catch all the details (aside from the fact that it's like a manual 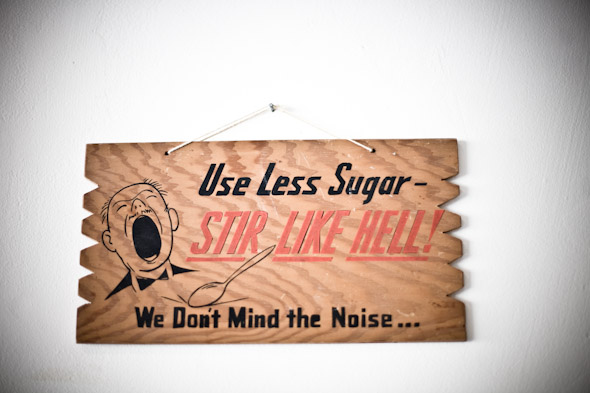 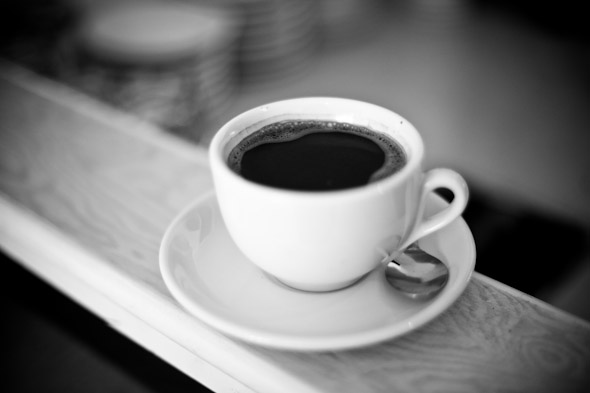 ) but I'm really happy that Sam James has taken the time to learn them. "Do you want to try some?" he asks. You betcha. 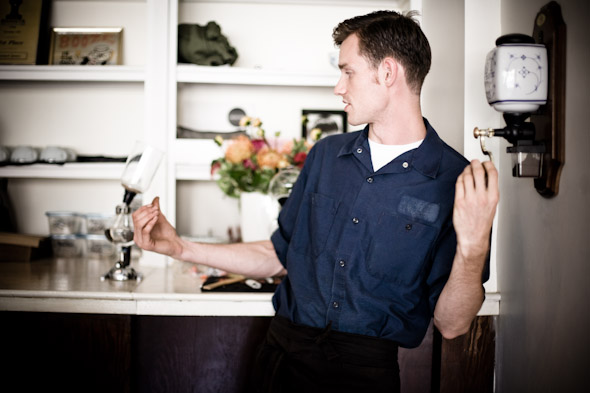 Everyone inside the tiny cafĂŠ (with almost no seating) gathers around to watch the siphon in action. We're totally enthralled. "Did you invent that thing?" asks one particularly excitable customer whose clothes are drying at the Laundromat across the street. "No," says Sam, grinding the coffee beans in a manual grinder mounted on the wall. "This was invented around 1840." 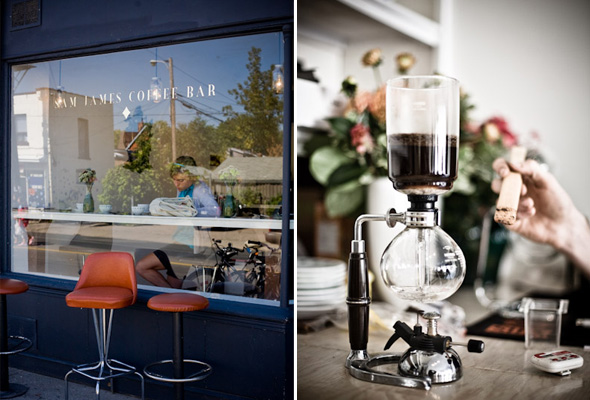 Each observer gets a taste of the siphon coffee and is told to save some for later because the taste changes as it cools down. The first sip is a deliciously smooth and light but flavourful bit of coffee. It's made with an Ethiopian bean from Toi et Moi, a coffee company in Montreal. "Everyone assumed I would use Intelligentsia ," says Sam, "but I wanted something different, more local." While we're waiting for our siphon brew to cool, we try out Alyssa's mocha (the one with the heart design) and my Americano ($2.30). They go down so smooth that the caffeine kick seems to come out of nowhere. Alyssa starts to feel like she's on drugs. But you know what's really trippy? That siphon coffee. It's cooled down. It's fruity and floral now, subtle as tea. Sam comes over to ask about it. "Can you taste the blueberry?" he asks. Good Lord, that's what it is. S.J. is right on the money. The excitable customer finishes up some blueberry coffee of her own and throws in her two cents on the operation. "As a resident of this 'hood, I'm excited," she says, earnestly. "There's nothing north of College."

"Really?" I ask, naming a few coffee places off the top of my head. I don't doubt that Sam James is a welcome addition to the area but doubt, instead, the necessity. Excitable says that there's nothing good at Bloor and Clinton, and College is too far if you're just stepping out for a cup. Sam James is top of the line and right-outside-her-front-door-convenient. 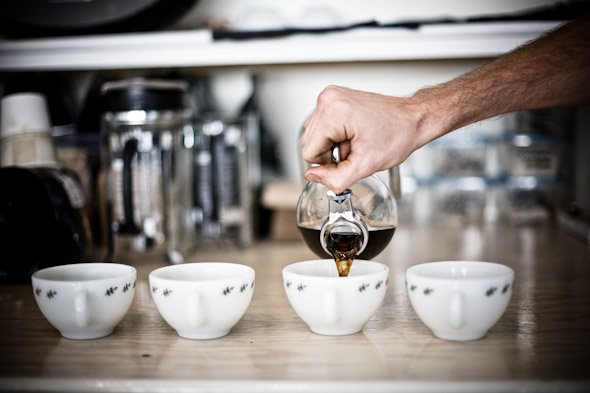 So we're a spoiled bunch when it comes to coffee and I blame Sam James. Seriously, give me a coffee that tastes like blueberries and I'm going to start to think I can have anything I want. 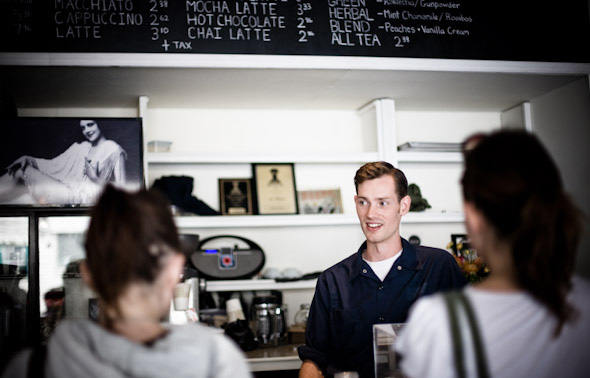 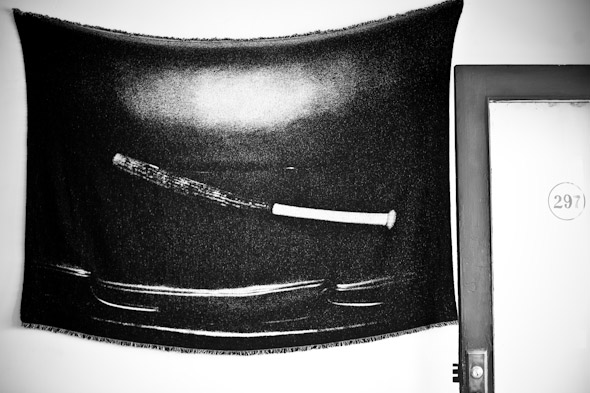 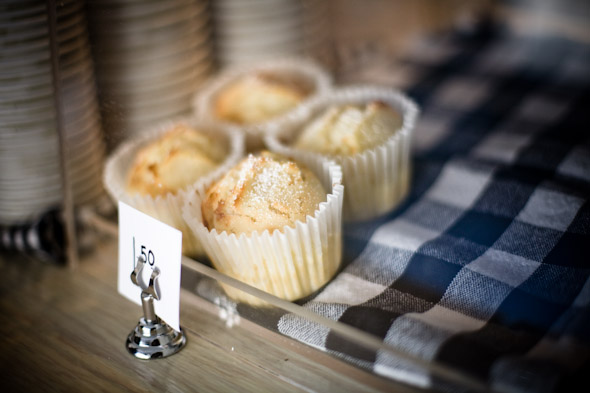 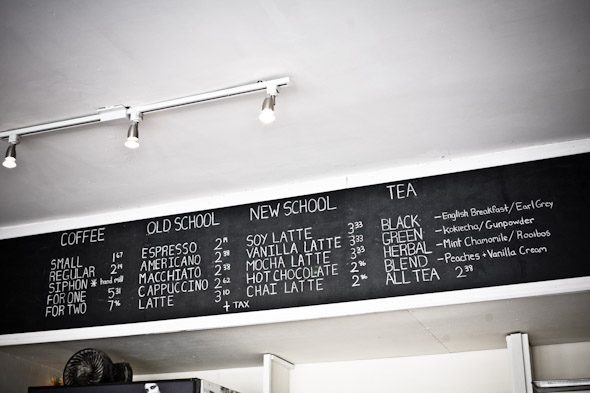 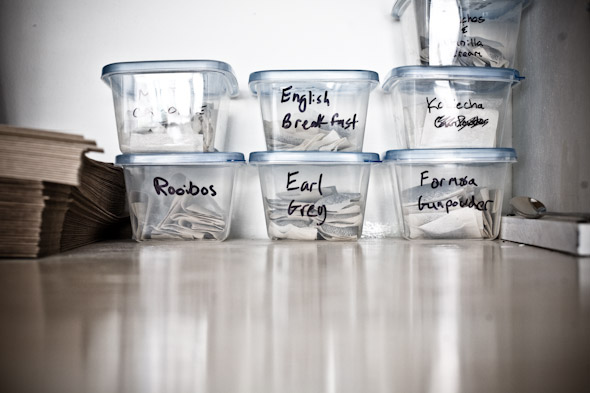 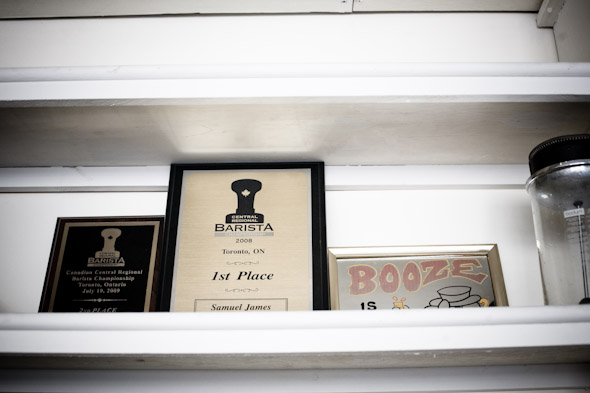 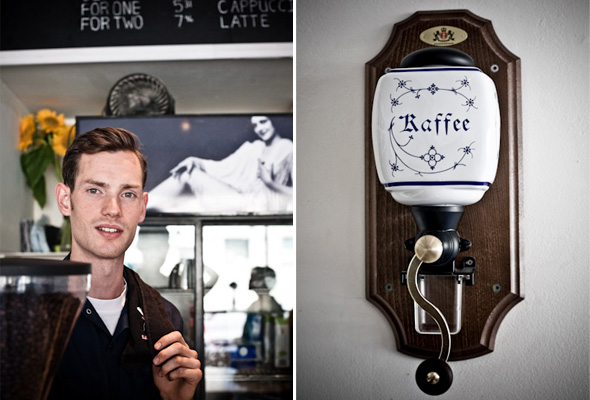