Indian Rice Factory Chai Bar doesn't do its chai the teabag/shortcut way--perish the thought! This is masala chai done the authentic way, albeit, with a slightly tweaked method to cater to the grab-and-go consumer.

The new cafe is steps from the 43-year Annex veteran Indian Rice Factory , which is owned by Aman Patel and his wife, Deepa. Previously used for storage and other general miscellany, Aman says the converted barn adjacent to the restaurant offered the perfect space in which to test out a cafe. 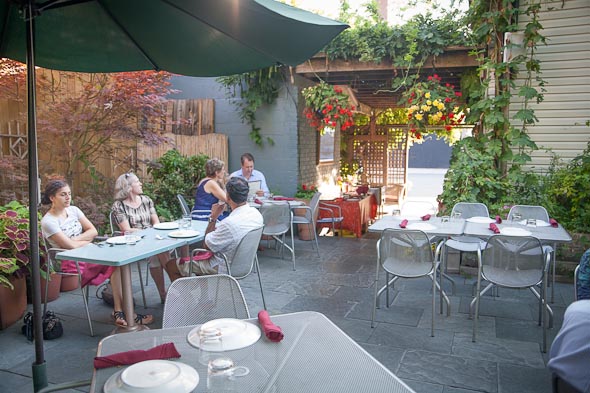 "We've got the space, we've got the license, we've got the equipment, so why not?" Aman says as we take a seat in Indian Rice Factory's gorgeous back patio. Typically reserved for the restaurant's dinner service, the patio now offers seating to the cafe crowd during the day (the chai bar itself does not have seating).

Aman tells me that he originally began exploring coffee options after a dinner customer complained about the coffee at the restaurant ("and ruined his date," Aman adds). The idea initially was to integrate an automatic espresso machine to the restaurant, but he soon decided that a separate cafe would be the way to go. 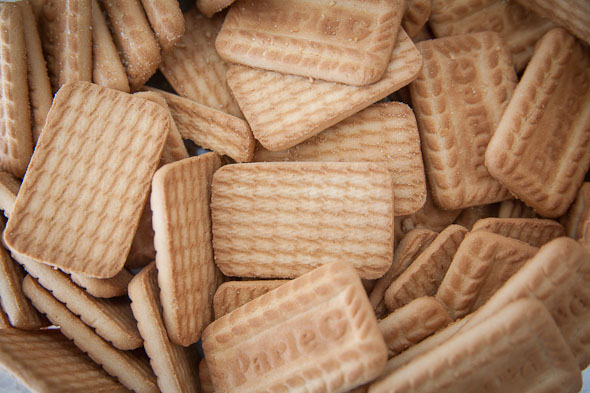 So they switched over to a semi-automatic Victoria Arduino machine, and settled on Reunion Island as the coffee on offer. Then the tea — plenty of loose leaf and chai spices (but more about that in a minute) — as well as small snacks from Dufflet's and Indian cookies such as Parle-G 's and biscotti-like rusks. The chai bar also offers a standard lunch for $10, either vegetarian or chicken, which typically includes a salad, lentil dish, papadums, and rice. 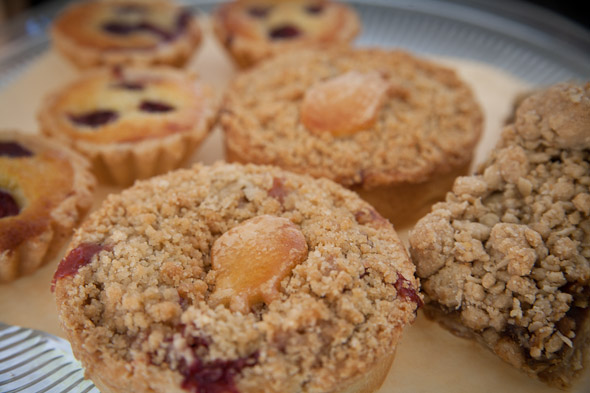 I could've gone for the standard Americano ($2.50) or classic tea ($2.50), but I was keen to see how chai bar had managed to expedite the chai-making process. Aman explains that traditional chai tea is made over the stove, wherein milk and tea is brought to boil and allowed to simmer in some sort of repeated fashion with spices added (varies depending on the region). But obviously such a method wouldn't work for Chai Bar. 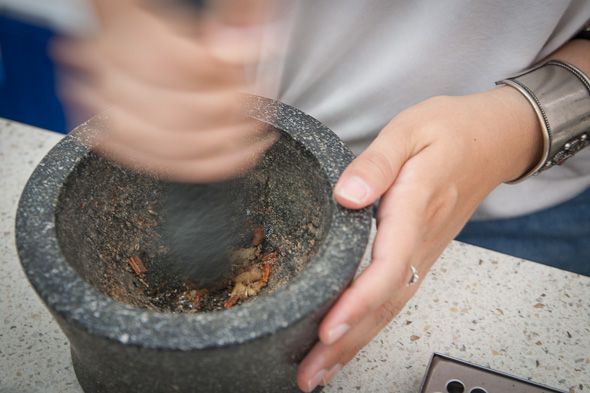 So Adam, the barista when I drop by, offers to show me how he prepares masala chai by the cup ($4). He starts by tossing some cardamom and peppercorns into a mortar. "Just one peppercorn can make a difference," he says, counting out three. "If you like a bit more spice — you can feel it in your throat — I'd add a couple more." 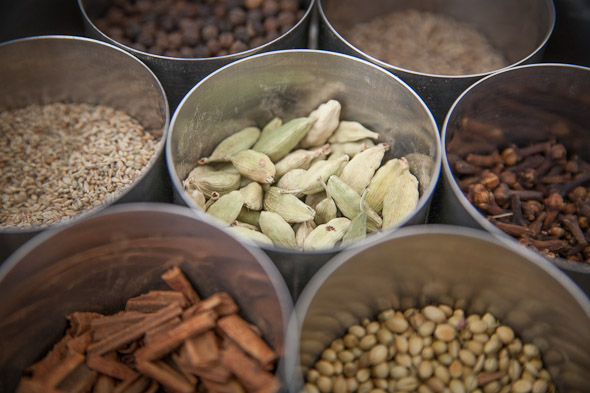 Next he adds in some cinnamon, cumin, and coriander, and grinds it all together with the pestle before tossing in some fresh ginger. Once the spices are combined, he fetches some chilled black tea from the fridge (which is a timesaver used in lieu of waiting for more tea to steep) and tosses in the spice mixture, along with a bit of whole milk.

"If we were in India," he says, "we'd probably use buffalo milk. But whole milk works just fine."

The entire mixture is placed under the steam wand of the espresso machine, and allowed to heat until boiling point. A few minutes in, and now simmering to bring out the flavour, the aroma of spices start to fill the air. 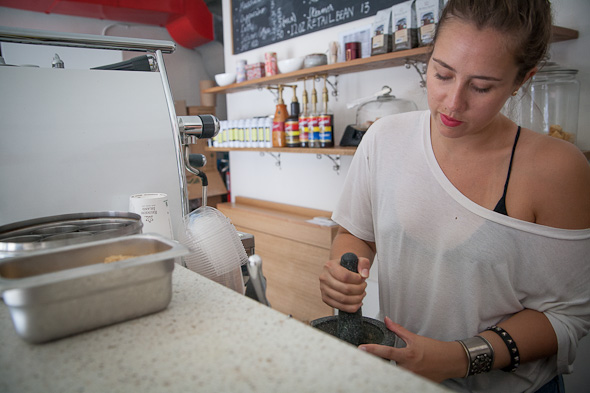 While I'm tempted to take my first sip the moment the cup is placed before me, Adam offers a friendly warning. It was at boiling temperature, after all. So I quell my impatience by dunking a rusk ($1) into the chai, and then finally decide it's probably safe to take a sip. The spices are well-balanced yet poignant, certainly warming my throat with that first sip. The chai is not overly milky — the way I like it — and perfect left unsweetened, though Adam says honey is an option. While perhaps not the best warm-weather drink, I predict this chai will gain huge traction come wintertime. 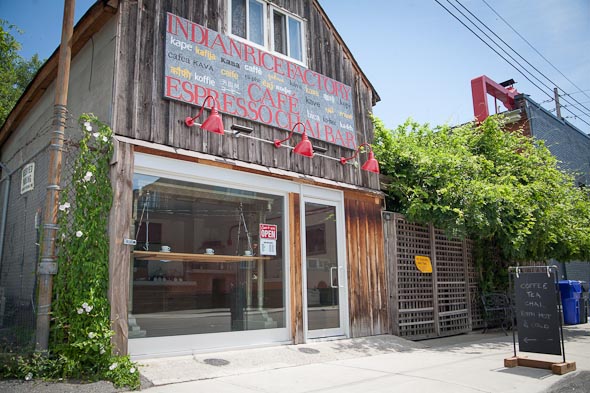