8 books worth reading about Toronto

Books worth reading about Toronto have been published at a steady pace over the last few years, such that the prospective buyer now faces an array of quality titles to choose from. I've already covered some of these offerings in a top 10 list published in fall 2010, but there's plenty that have come to press since then and others that didn't, for whatever reason, make my initial cut.

As was the case with the last post, I've placed emphasis on recently published texts that are easy enough to find in local bookstores, and that generally won't break the bank. It is, after all, past the mid-point of December, and I hope this list might help out those looking to buy last-minute gifts for the Toronto-lover on their holiday list. So while William Dendy's Lost Toronto is required reading for the true Torontophile, I leave it off the list below because you'll have to hope to find it in a used bookstore or order it from a vintage bookseller online. Similarly, Eric Arthur's No Mean City, also a foundational Toronto text, is absent because it's become a bit more difficult to find of late and isn't cheap at $40+ for a trade paper back.

Here are eight books about Toronto worth reading.

Making the Scene: Yorkville and Hip Toronto in the 1960s — Stuart Henderson
One of my favourite books of 2011, this history of Yorkville's putative glory years as a gathering place for the counterculture movement in Toronto is both an elegant narrative of the rise and fall of what was then referred to simply as the Village and a sophisticated argument about the construction of hip identity and the performance of cultural rebellion. Although Henderson thoroughly challenges the concept of authenticity along the way, by doing so, he gives us the most credible take on this bit of Toronto history that's out there. Availability: Carried by independent and major bookshops.

Reshaping Toronto's Waterfront — Eds. Gene Desfor and Jennefer Laidley
Has there ever been a more important time to read up on the often troubled history of the Toronto Waterfront? As public consultations take place to help determine the fate of the Port Lands, this series of essays offers some crucial context for the challenges that currently face the planners tasked with revitalizing this area. Bonus: Jennifer Bonnell's chapter on the Don River Valley during the early 20th century is a fascinating bit of social history that underscores just how important the area once was to Toronto's development. Availability: Carried by independent and major bookshops. 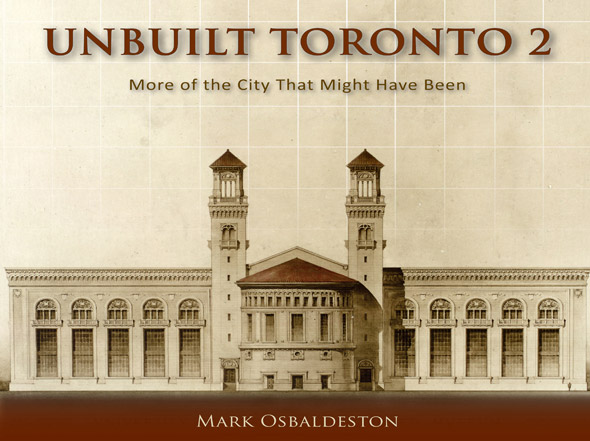 Unbuilt Toronto 2: More of the City that Might Have Been — Mark Osbaldeston
The first iteration of Unbuilt Toronto remains one of my favourite texts about this city, and its successor is every bit as intriguing, depressing and downright frustrating at times. Toronto, it would seem is never short on dramatic ideas — it's the implementation thing that we've struggled with. Once in a while this turns out for the better, but it's hard not get a little sad when reading about thwarted plans to expand TTC subway service across the city. Oh, what could have been! Availability: Carried by independent and major bookshops.

Mean City — John Martins-Manteiga
Fans of modern architecture and design will find a kindred spirit in John Martins-Manteiga, who's written extensively about what has tended to be an under-appreciated bit of our local heritage, particularly during the 1970s and 80s when numerous structures were lost to shortsighted redevelopment plans. Mean City documents the importance of modern form with a visual-heavy glimpse at some of the Toronto's most noteworthy examples of this type of architecture. Availability: Carried at Swipe, INabstracto (call ahead) and via Dominion Modern. 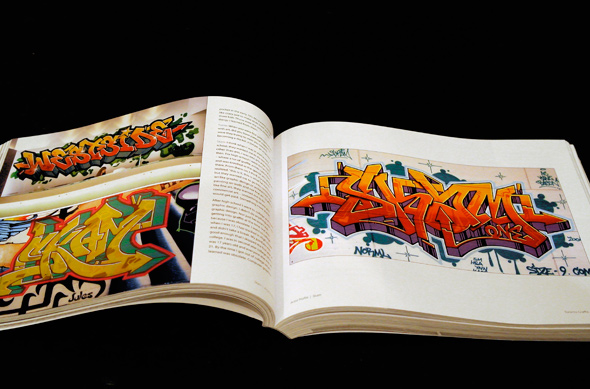 Toronto Graffiti: The Human Behind the Wall — Yvette Farkas
Nowadays it's easy to find books on the various graffiti scenes around the world, but there's only one for Toronto — and it's a gorgeous edition. Featuring the work of artists like Ren, Media, Elicsir, Bomba, Hope, ARTCHILD and Sec, the collection is composed of interviews, tons of photos, and a few essays that cover such topics as legal issues and health and safety issues. It's not cheap at $80+, but it's a treasure trove of historical info as well as beautiful documentary images. Availability: Check here for a list of retailers carrying the book.

Imagining Toronto — Amy Lavender Harris
For those who are passionate about literature and Toronto, Amy Lavender Harris's exhaustive survey of local literary texts will open more than a few doors to the city's rich writerly heritage. Less a straight-up guidebook than a musing on the importance of fictional narratives to the construction of a city's identity, the text should appeal in equal measure to those with an academic interest in the history of Toronto literature and those who are eager to learn more about what's been written about their hometown. Availability: Carried by independent and major bookshops. 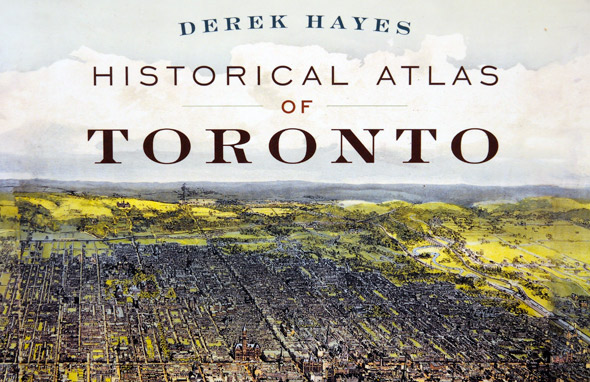 Historical Atlas of Toronto — Derek Hayes
One of two books on both my initial list and this one, it's simply not possible to ignore Derek Hayes' history of Toronto in maps. With selections from early bird's eye surveys of the city to Goad's Fire Plans to early maps of housing developments in areas like Wallace Emerson, Lawrence Park and Don Mills, the Historical Atlas of Toronto offers a glimpse of the city's development that's not so easily captured in photographs or historical narratives. Availability: Carried by independent and major bookshops.

Toronto's Visual Legacy: Official City Photography from 1856 to the Present — Eds. Steve MacKinnon, Karen Teeple and Michele Dale
If you enjoy our historical posts about Toronto, this is basically a must-have book. Featuring over 200 reproductions of photographs held by the Toronto Archives, there are few better texts by which to learn about growth of Toronto from the 1850's to the present. Dominated by visuals, it's one of those books that's great to have lying around for return trips through its pages. Availability: Carried by independent and major bookshops.