The ultimate guide to Toronto graffiti

I was originally going to title this post "the authoritative guide to Toronto graffiti," but shortly after writing this out, I realized that such a label would disregard the degree the book in question works to destabilize concepts of authorship and ownership. Truth be told, even the word "ultimate" -- which gestures to both finality and closure -- belies the editor's intention to put together future versions of Toronto Graffiti. Nevertheless, I feel it necessary to somehow mark both the scope and seriousness of this effort to document the graffiti scene in our city. 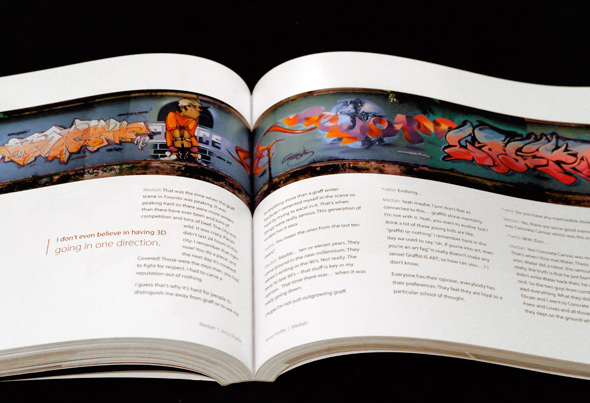 Clocking in at just under 500 pages, Toronto Graffiti offers in depth profiles and interviews of over 20 artists, a series of critical and contextual articles, loads of photos, and a section on legal issues (amongst other things). A true collaboration, what sets this book apart from other ones I've read on the subject is not only its Toronto focus, but the effort that's been made to approach graffiti from wide array of perspectives. Not only do the featured artists -- who include Ren, Media, Elicsir, Bomba, Hope, ARTCHILD and Sec (full list here) -- conceive of their craft in very different ways, but there's also plenty of insight that derives from those who don't partake in the act of spray painting walls. 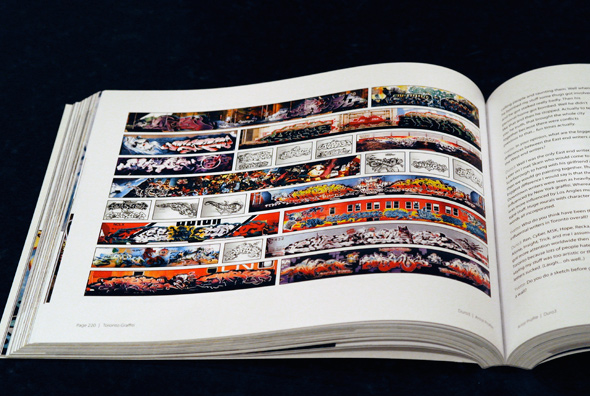 If this was New York, a collection like this would likely have attracted the interest of a decent-sized publisher, but being primarily about Toronto -- where the scene is admittedly way smaller and interest in such matters is more reserved -- editor Yvette Farkas solicited the contributions of a number of sponsors to help get the book in print. Despite the small print-run, however, the production quality is top-notch, with superb photography and colour reproductions of the artists' work. 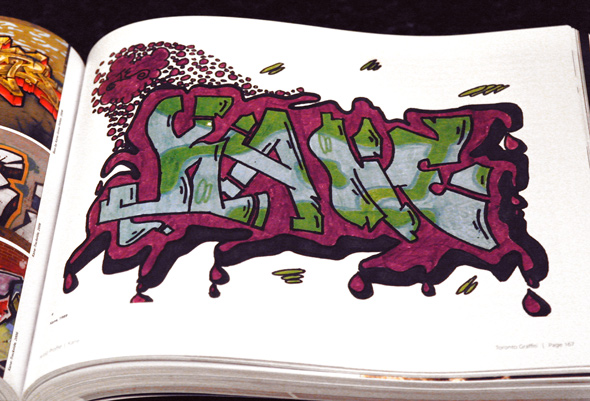 But, needless to say, it ain't cheap. At $68, I'd imagine that only a scant portion of population -- graffiti enthusiasts or not -- will want to fork over that much coin. Perhaps in recognition of this fact, the authors have made almost the entire book available online. And while it may not be quite as pretty on a computer screen, the PDF files still offer a decent reading experience. 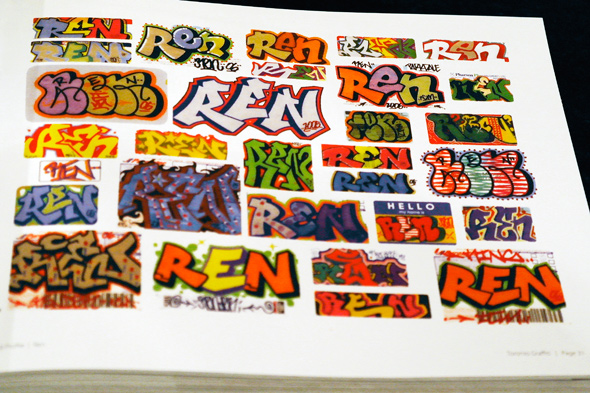 Along with the photos, the best part of this book for me is the interviews with the artists. Too often the assumption is made that graffiti writers are merely unrepentant teenagers with too much free time or some axe to grind. On the contrary, the artists featured here are just that. And not because many of them have broken into the commercial gallery scene, but because they've spent years honing their craft and putting together a body of work (not all of which remains) that speaks to each of their styles. 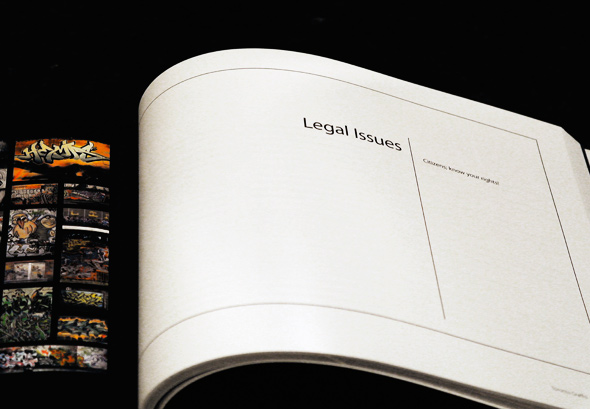 That won't, of course, convince some people that these aren't just vandals with little respect for other people's property -- an observation that deserves to be taken seriously -- but I wonder if those who hold this view wouldn't be the most interested in hearing what the graffiti artists themselves have to say about this. Sure, it's not the main focus here, but it certainly comes up throughout the profiles and interviews, and hearing the thoughts of some of Toronto's most prolific artists would be a nice prerequisite to knock off before passing judgment on what it is that they do.

The launch for Toronto Graffiti takes place Friday, January 28th at the Mascot, where one can also find copies of the book for sale. 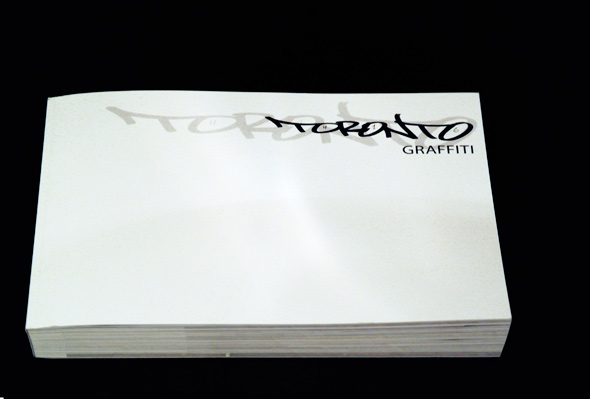