Bay Street Gets Scrabblicious For Literacy

Frontier College invited me to participate in their annual Scrabble Corporate Challenge, which pitted some of Bay Street's leading corporations against each other over a game of Scrabble.

Raising money for literacy is serious business. They brought in a handful of us Scrabble ringers (I've been playing competitive Scrabble for seven years) to help find better plays during the fund-raising game last Wednesday night at The Design Exchange.

Former Canadian and World Scrabble champion Joel Wapnick joined in the fray as we helped about 50 companies from Toronto's leading financial, legal, technology and accounting sectors vie for the coveted TMX Cup.

Wapnick and I joined about half a dozen ringers that participating players could rely on to increase their chances of winning by purchasing Helpful Assists. Each time our services were called upon, players had to purchase our expert advice for $60 (first period) or $80 second period. It was fun and rewarding to have been called upon over a dozen times throughout the game, helping raise over $1000 in the process. 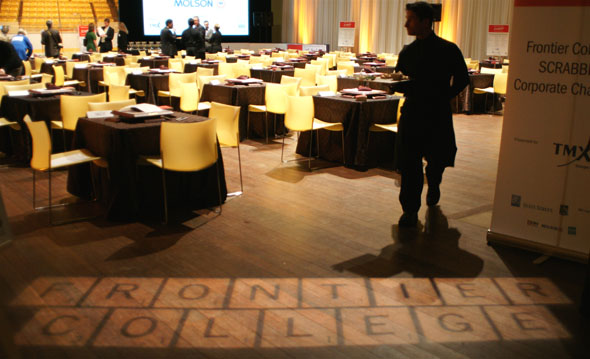 "With more than 40 per cent of Canadians struggling to read and write, our Scrabble Corporate Challenge is the perfect antidote," said Frontier College president Sherry Campbell. "Having Bay Street executives roll up their sleeves to play Scrabble shows corporate Canada's desire to be a part of the literacy solution."

The teams all wore colourful hockey jerseys, making the evening very much a Scrabble night in Canada, playing on the Hockey Night in Canada idea. 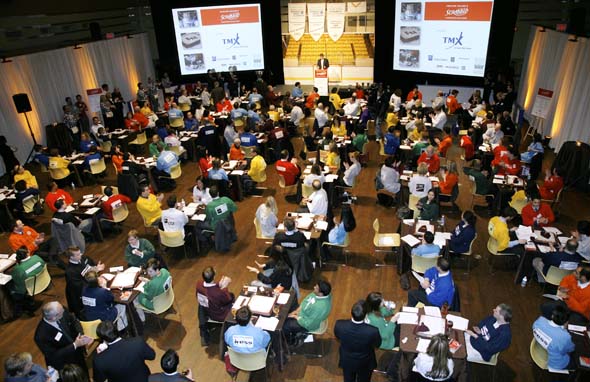 Instead of the ceremonial dropping of the puck at the start of the game, we had the drawing of the first tile. 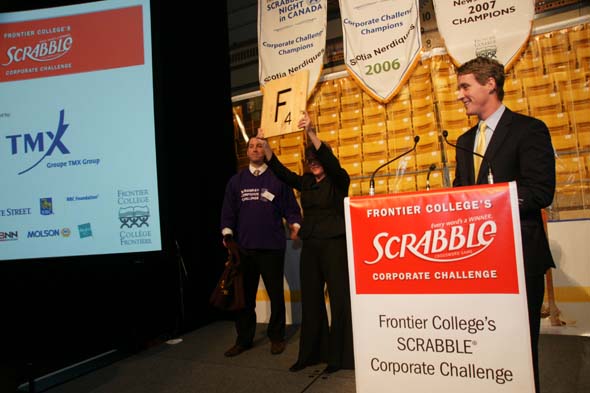 There was a Stanley Cup-like trophy, the TMX Cup, awarded to the highest-scoring overall team (of four players) which went to CNW Group, with 914 combined points. 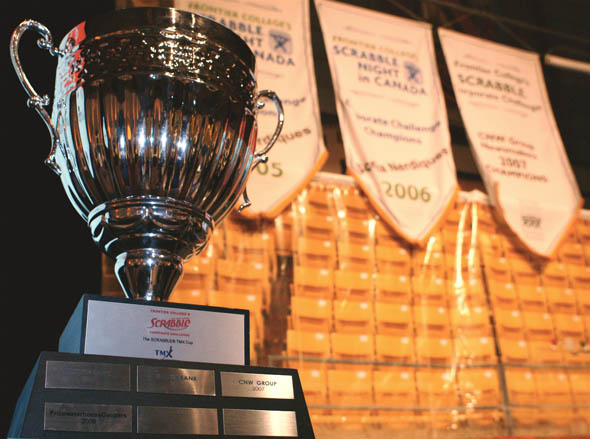 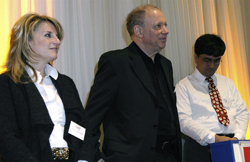 One player, Mark Hayes, scored an impressive 400 points in his game. And these were all four-player games. I wonder how many Helpful Assists he used.

Being a ringer in this game was a lot of fun too. I got to coach a few players on some of the finer points of the game, like rack balancing, rack leave and forming a bingo.

For one Helpful Assist, I helped spotted a pretty cool extension. The word EXALT was already on the board, which added another five tiles to form EXALTATION to the triple-word-score for 54 points. 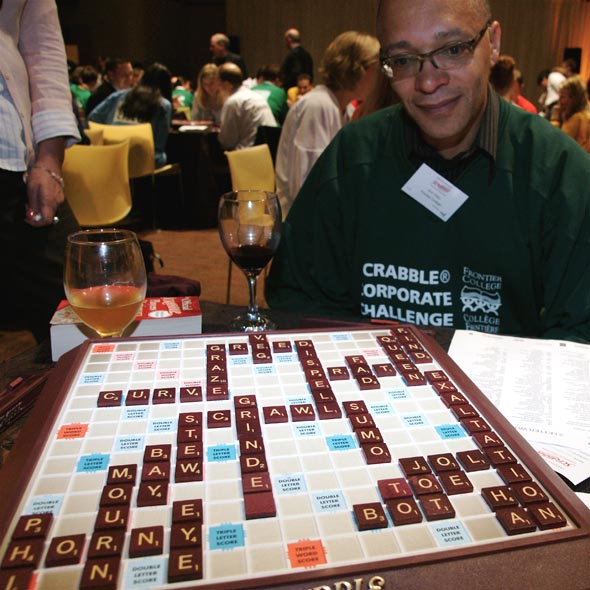 Founded in 1899, Frontier College has been helping people improve their literacy skills for over 100 years. In the event's past four years, close to $1 million was raised for Frontier College's literacy programs. If you want to help the cause, you can still make a donation. 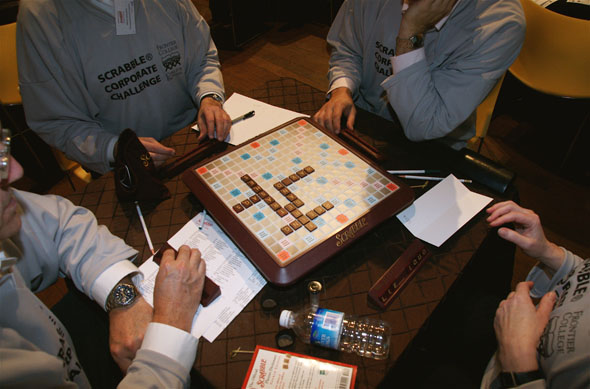 If you like playing Scrabble and want to have some fun in a casual, pub environment, check out the Scrabble in the City club I run every Monday night in The Annex neighbourhood.