Spacing magazine celebrated five years of publishing its magazine about understanding the urban landscape in Toronto on Wednesday night at The Great Hall.

As a longtime contributor, I've witnessed the magazine expand from a little-known local rag five years ago to one of the most respected sources of information on public space issues.

Spacing magazine is now much more widely read, has two blogs and has a facebook group with over 2,800 members and has won a handful of National Magazine Awards. 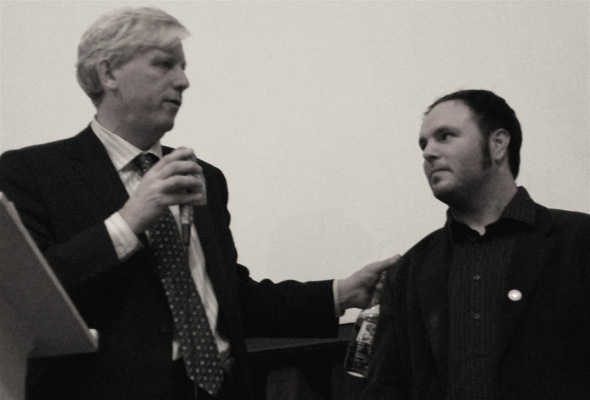 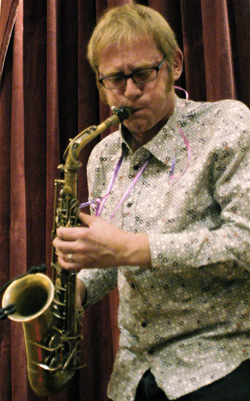 Mayor David Miller came by the party to help congratulate the staff and supporters for their efforts. Is that a Corona in his left hand?

"I wish you success for another 50 years," said Miller (pictured above with Spacing publisher and creative director Matt Blackett).

"We're hoping to increase our publication to four, and eventually six issues a year," added Blackett, in his brief address to the crowd. The magazine currently publishes three times a year.

Shuffle Demon Richard Underhill (right) helped celebrate the evening with some smooth grooves on his saxophone.

By the end of the night people had filled the dance floor to the sounds of the DJ, who eventually played Spadina Bus.

The finalists from the thinkToronto urban ideas competition were featured on large displays in the hall (as well as in the magazine's latest issue).

There's some awesome ideas presented here. If you're at all interested in how we can improve our city, I urge you to take a good look at some of the innovative ideas presented. 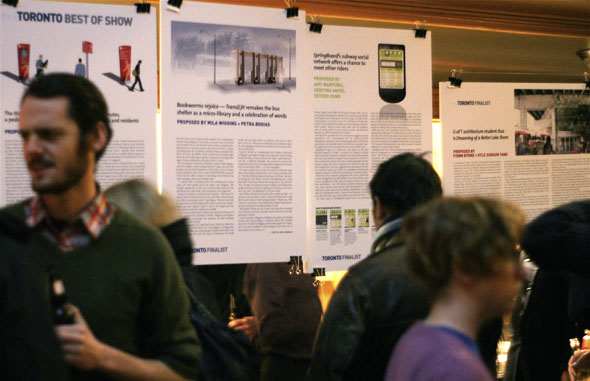 A neatly laid out selection of TTC subway buttons were on display and sale as well. 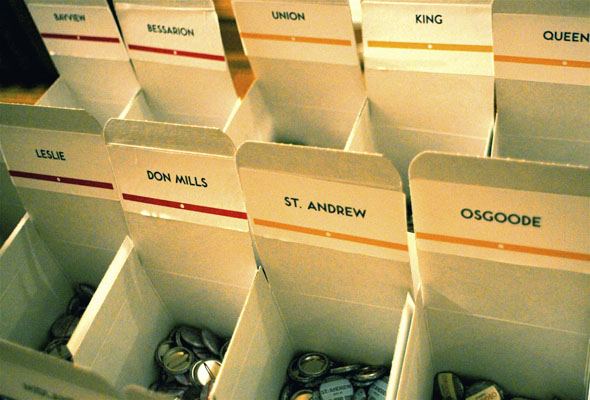 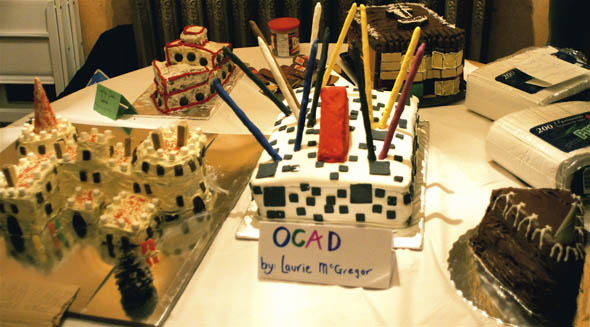 Spacing cakes (not to be confused with space cakes that were made expressly for the occasion. 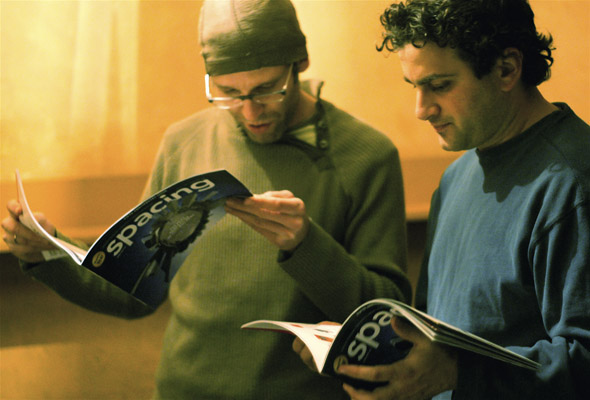 Rannie Turingan had his portable photo station set up to help document the Spacing supporters who attended the event. Photo slide show below:

Rose Bianchini filmed people as they attempted to answer the statement: Name five things you like about Toronto (the result of which we hope to see soon). In the meantime, tell us how you'd answer....