Zed 80 is the more intimate, slightly more mature counterpart to Tilt on the other side of the Don River.

The name is a reference to a 1970s 8-bit microprocessor. 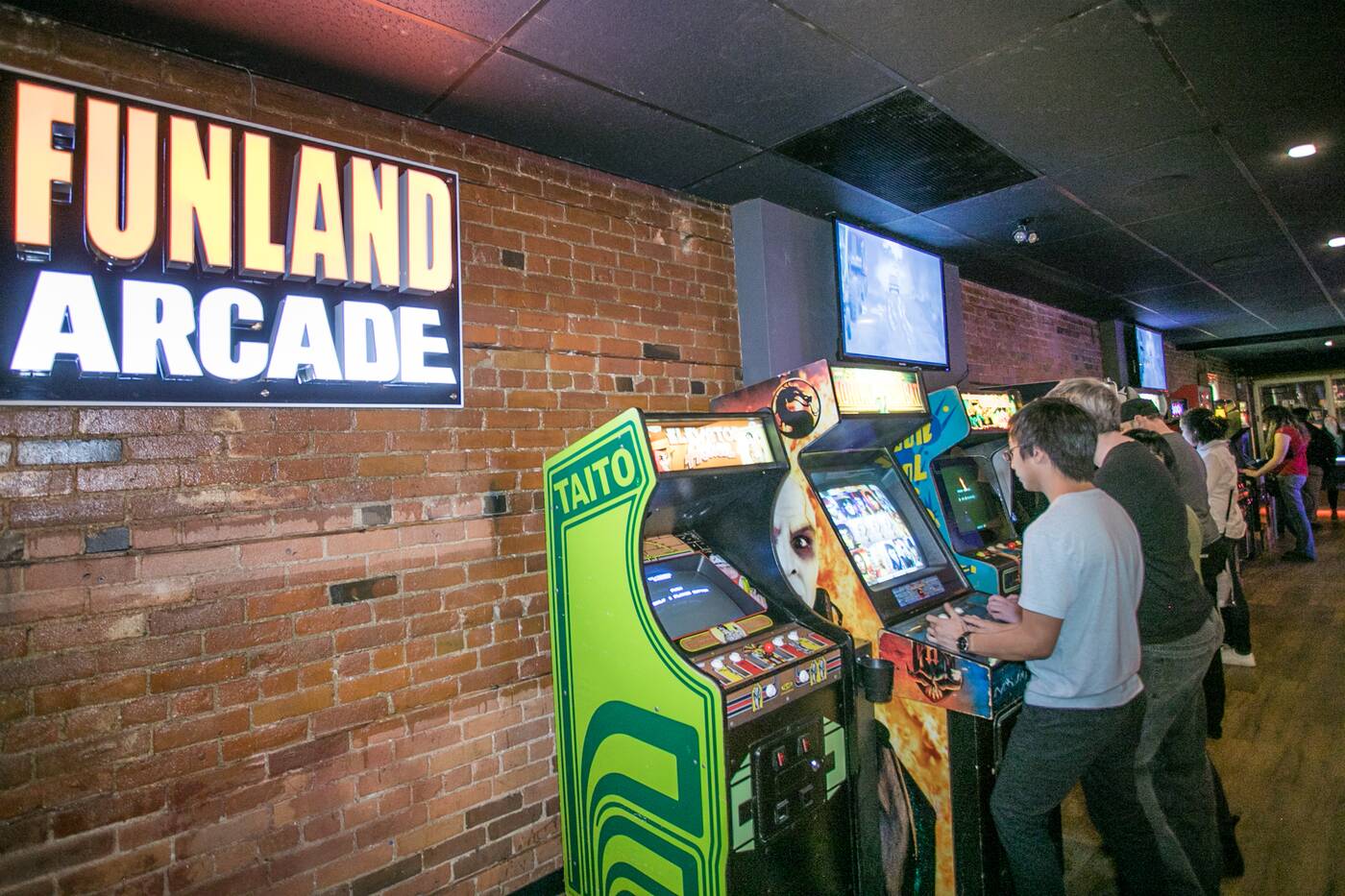 Though the location may be different, the rules are pretty much all the same: $5 cover for free play on all retro console and arcade games. 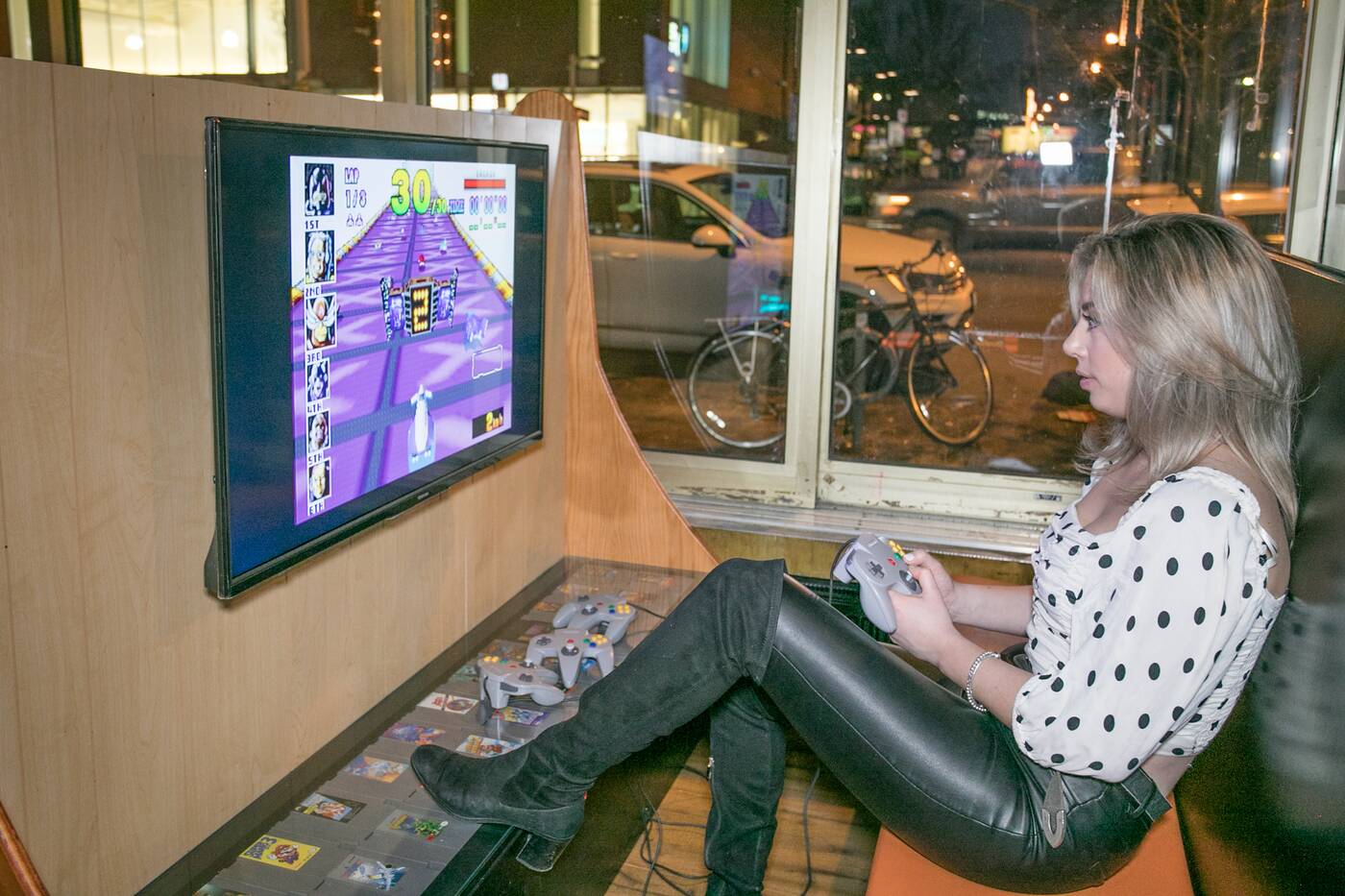 There's an up charge for advance tickets to reserve spots on weekends, and a discount for nearby Danforth Music Hall concert goers. 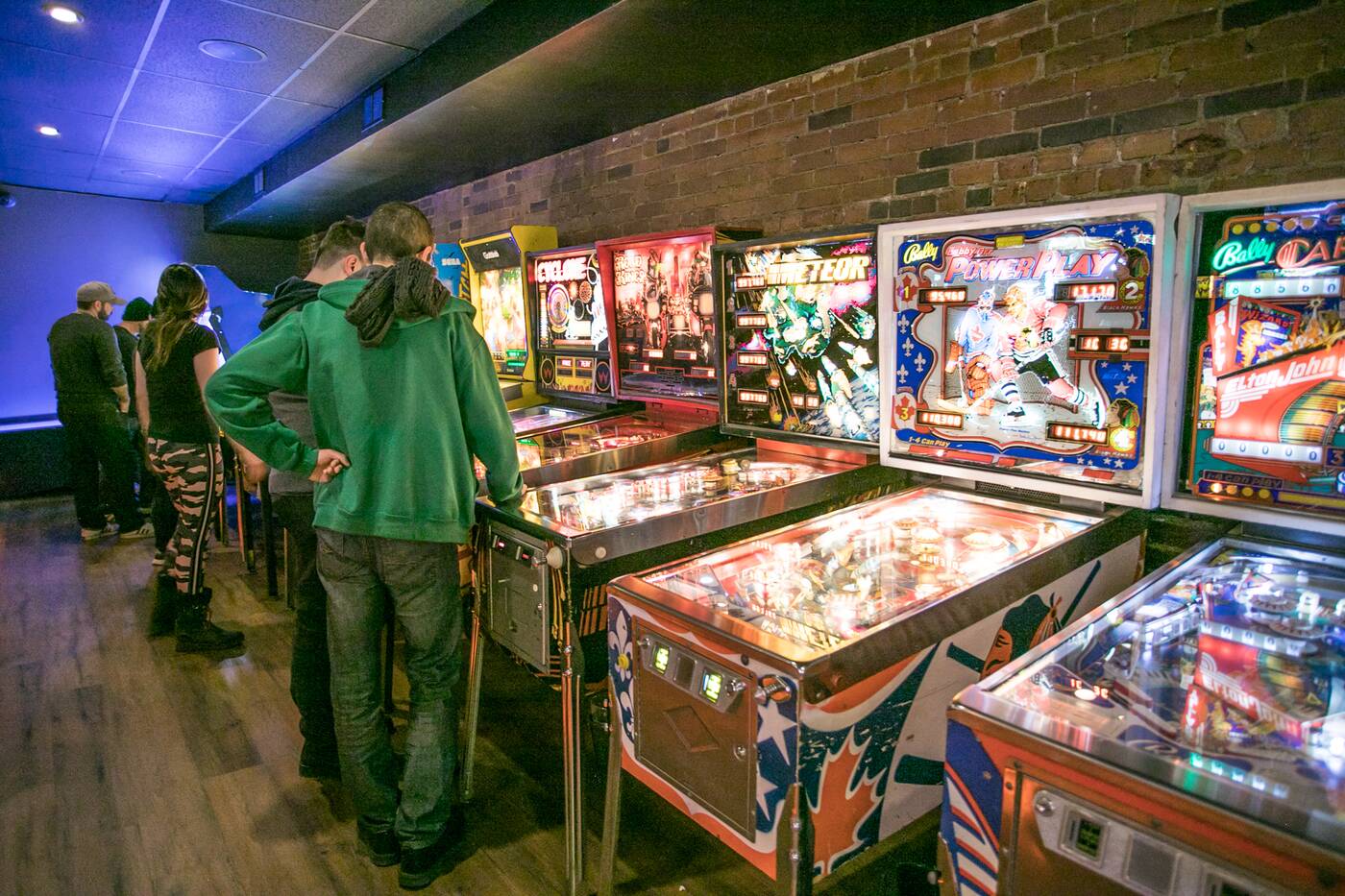 The former dive bar space has been totally renovated, carpet replaced with hardwood and central booths that make for easy access to games while still allowing for audible conversation. 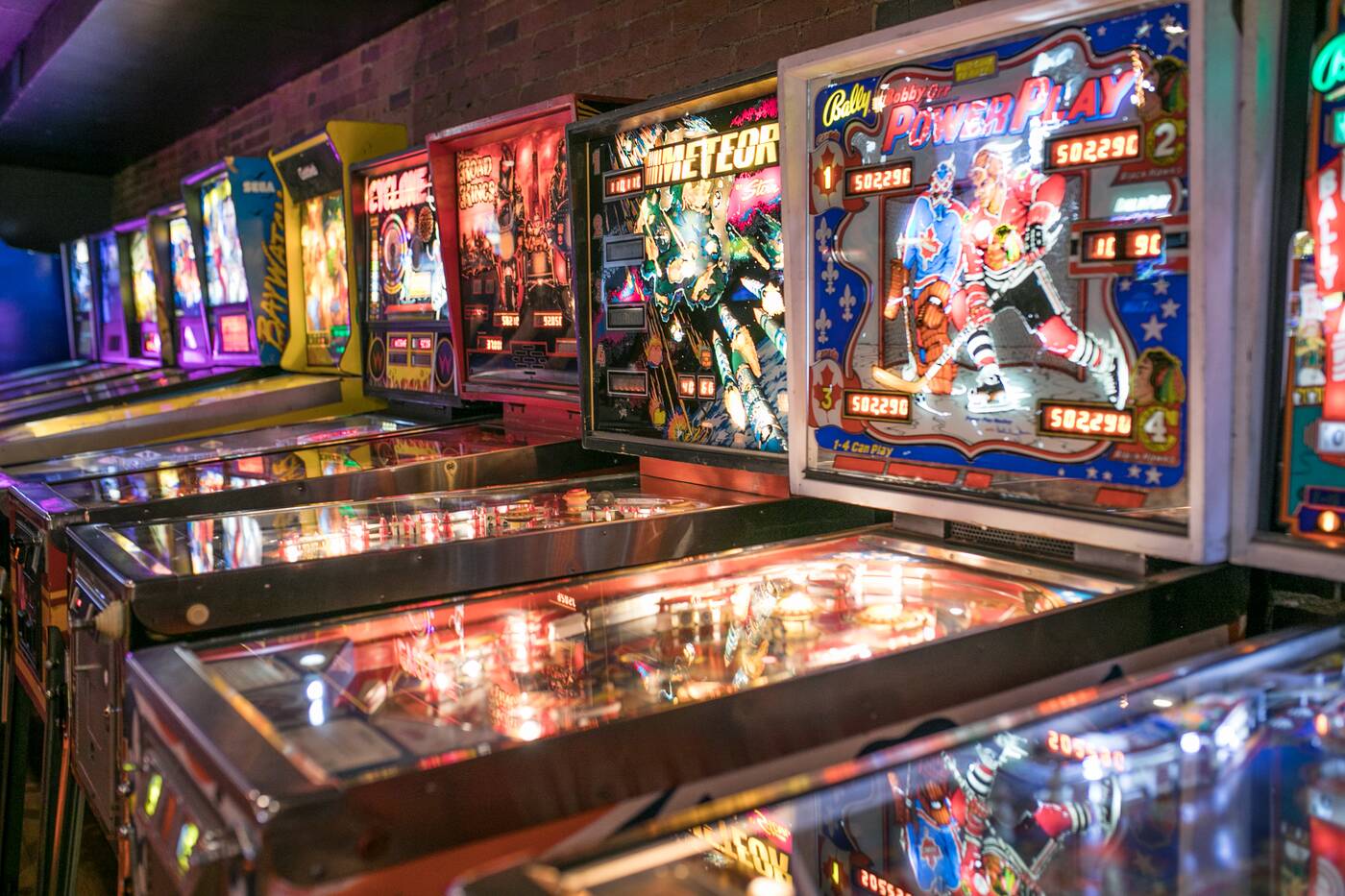 Seating 100, there are 36 games in total in this space, one side of the bar almost entirely populated by pinball machines. 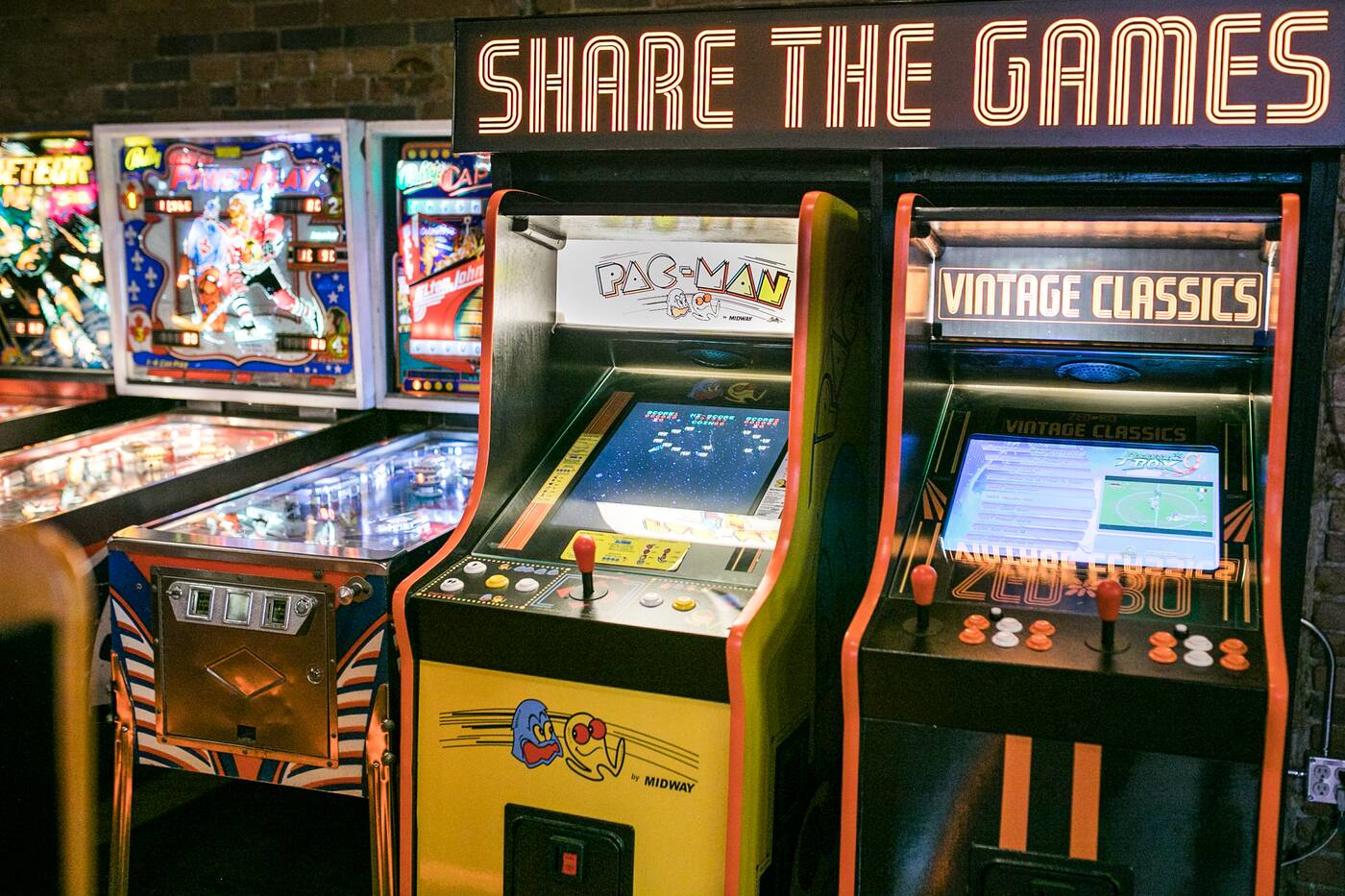 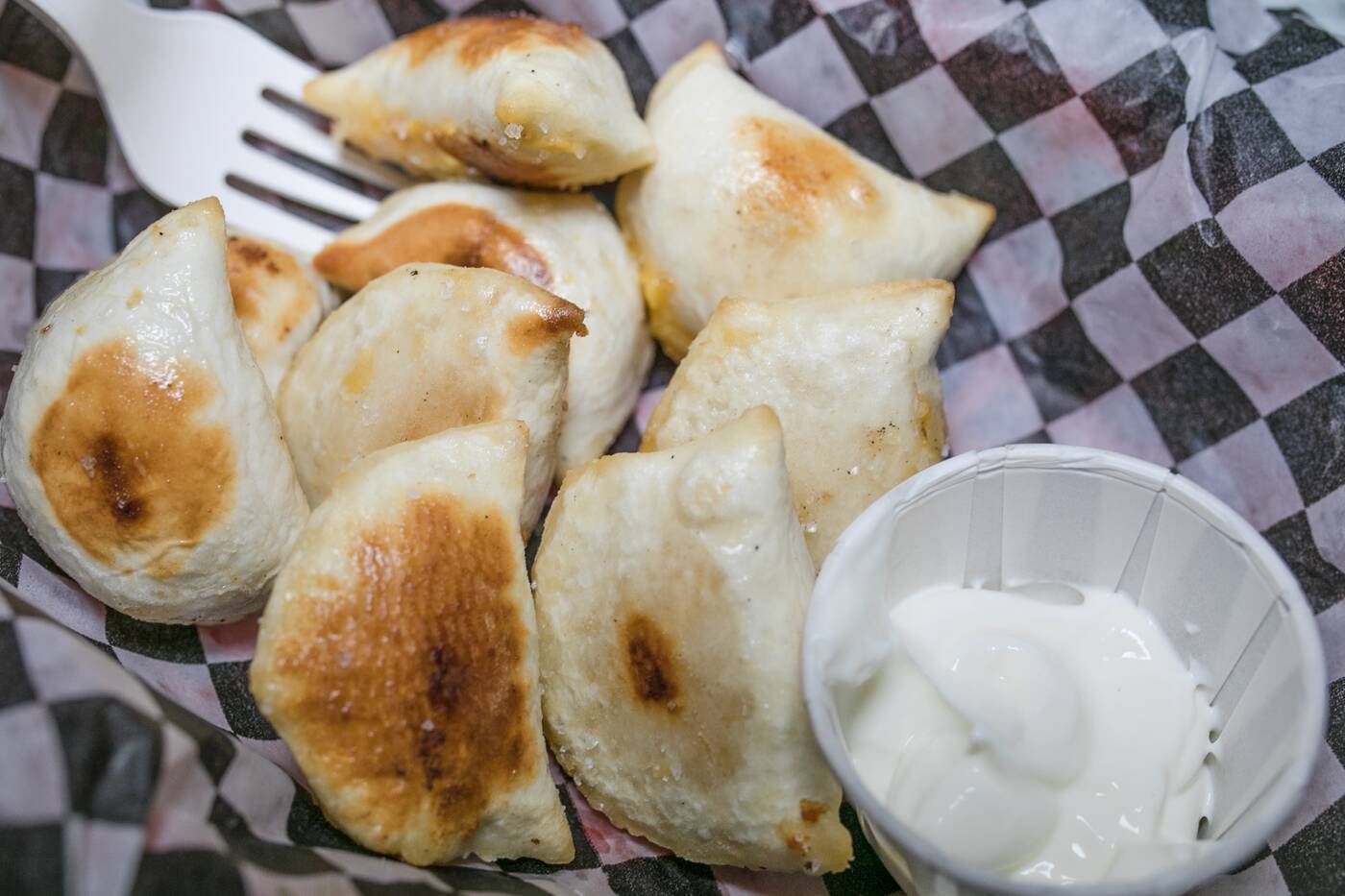 Mini perogies ($5) are a hit for the price. They could maybe do with the option to add some onions or bacon, but they're bite-sized, crispy fried packages of cheese served with an ample amount of sour cream you can't go wrong with. 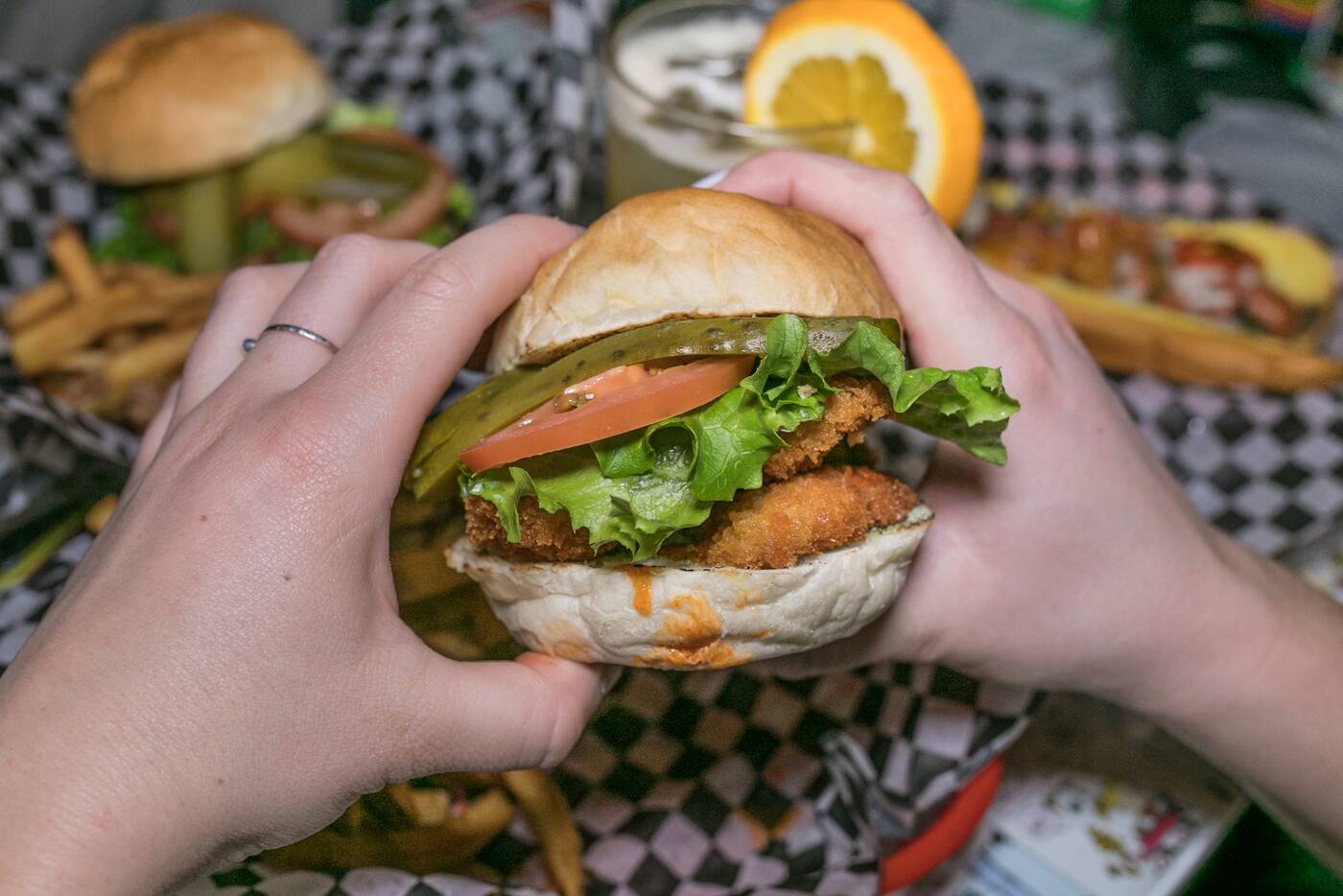 The Hot Kazooie ($10) is a house breaded chicken tender sandwich with Frank's hot sauce and house dill crema, served with house Russet fries. The tenders are made with breast meat, very crispy breading seasoned with a little paprika. All buns for sandwiches are obtained from Dough nearby, making for superb foundations. 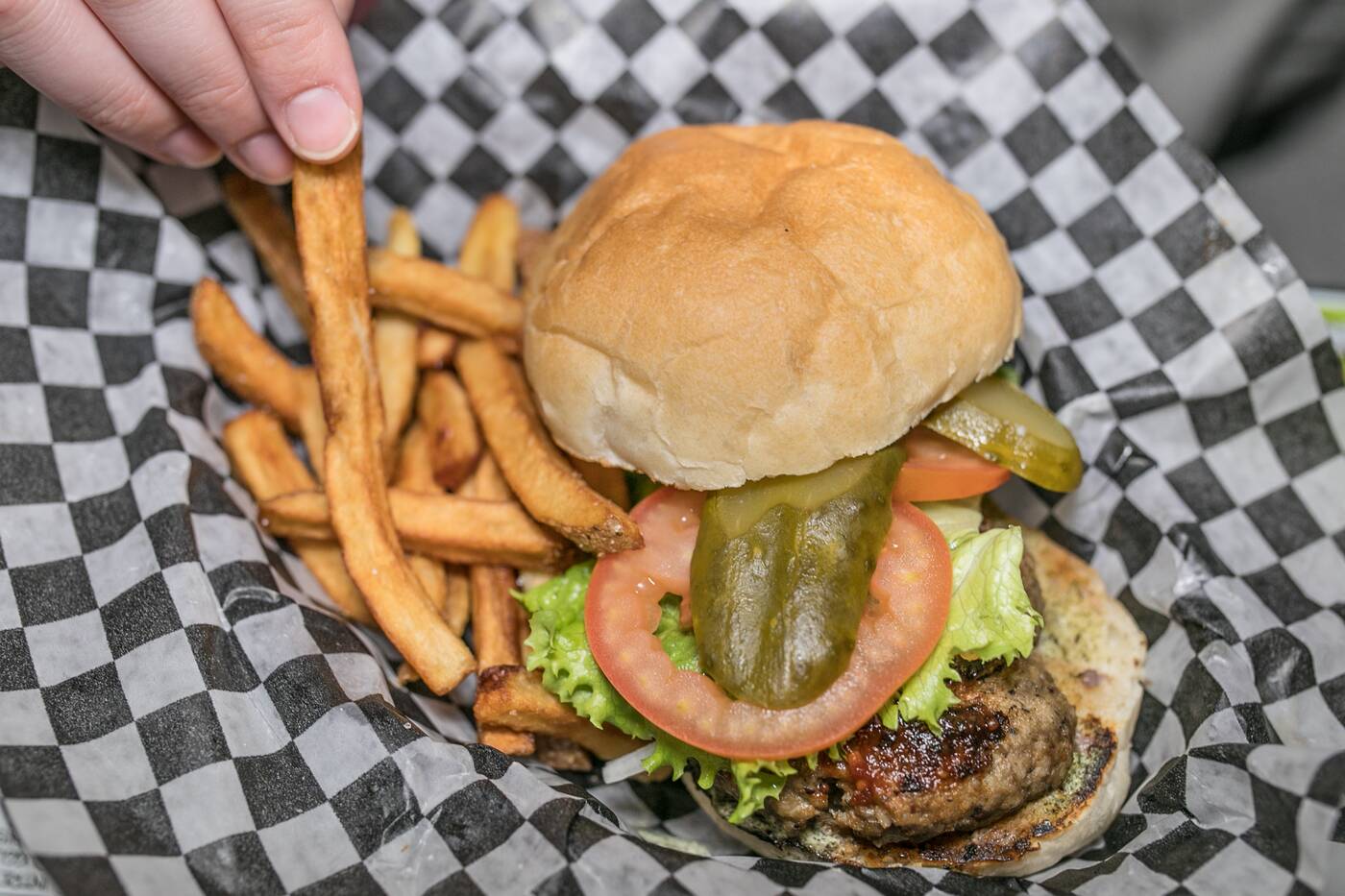 A house all-beef or Beyond Meat burger ($10) is done smash-style with house BBQ sauce and dill crema, though both sandwiches could go a little heavier on the sauce. 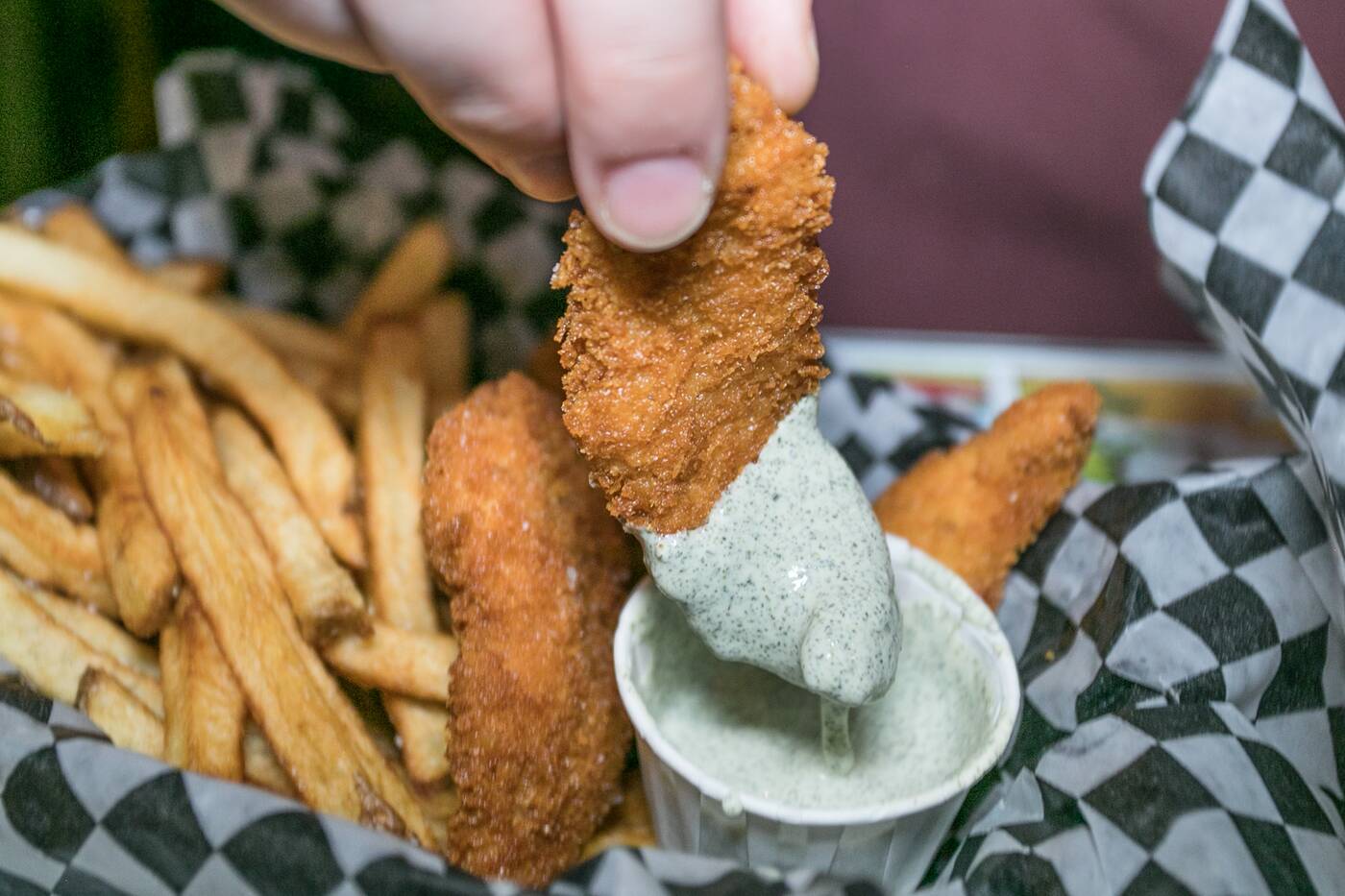 You can also get the chicken tenders on their own for $10, again served with fries and a generous serving of the thin dill crema that really moistens the crunchy tenders. 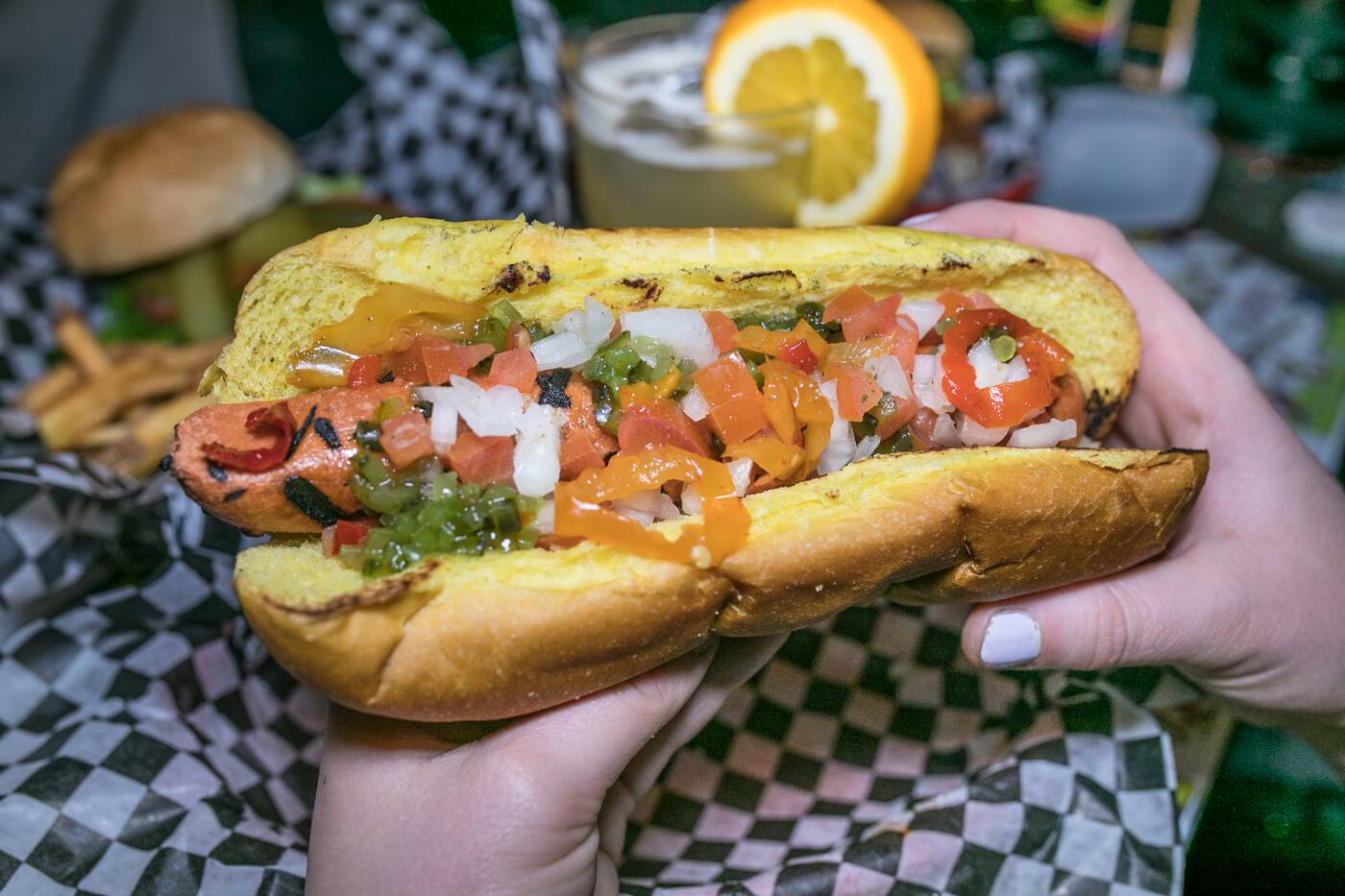 A Chicago dog ($10) can be beef or vegan, either way given a solid grill. It's given the typical "run through the garden" toppings-wise with relish, onions and tangy hot peppers. 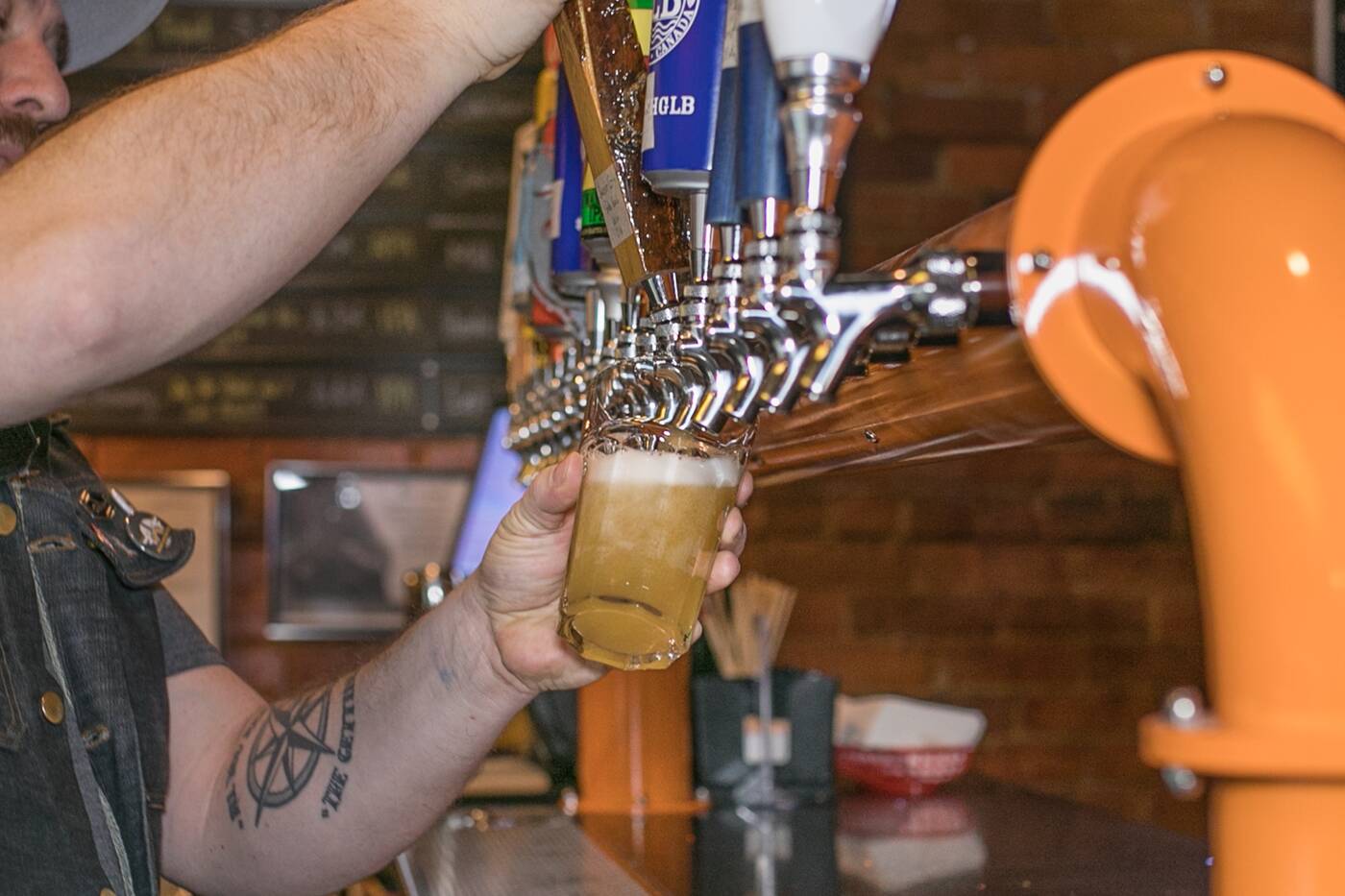 Draft offerings have been compacted for efficiency in a similar way to the space, $5 across the board for 12 oz pours that are easy to slam quickly or carry around while playing games. The lineup of beers is pretty similar to Tilt, however, mainly local craft offerings from the likes of Sawdust City, Left Field, Blood Brothers and Henderson. 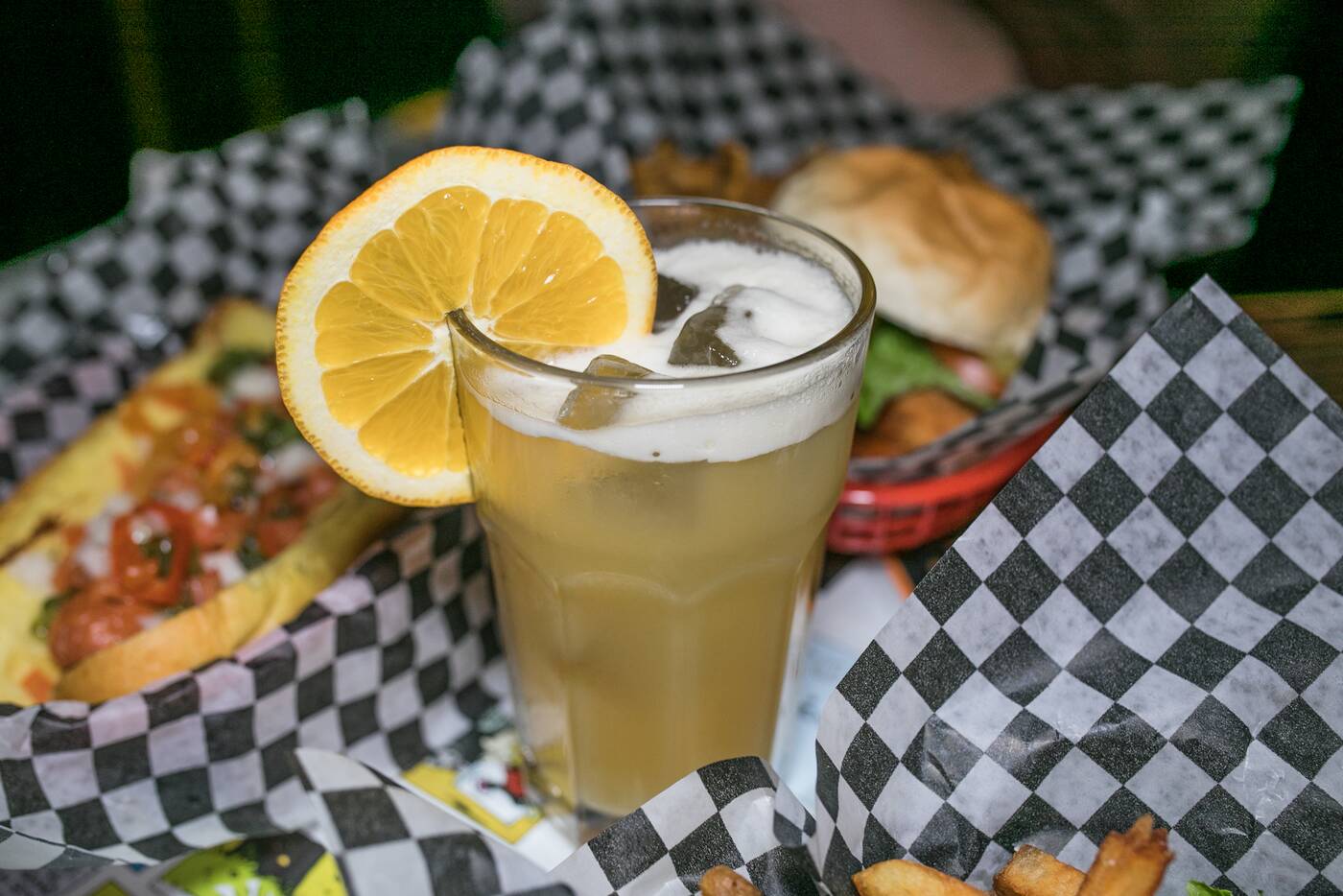 Cocktails like a Peter Pepper Pina Colada ($14) are also on offer here, a simple frat-level combination pineapple and bitters with spiced and coconut rums, garnished with an oversized lemon wheel that gets the job done. 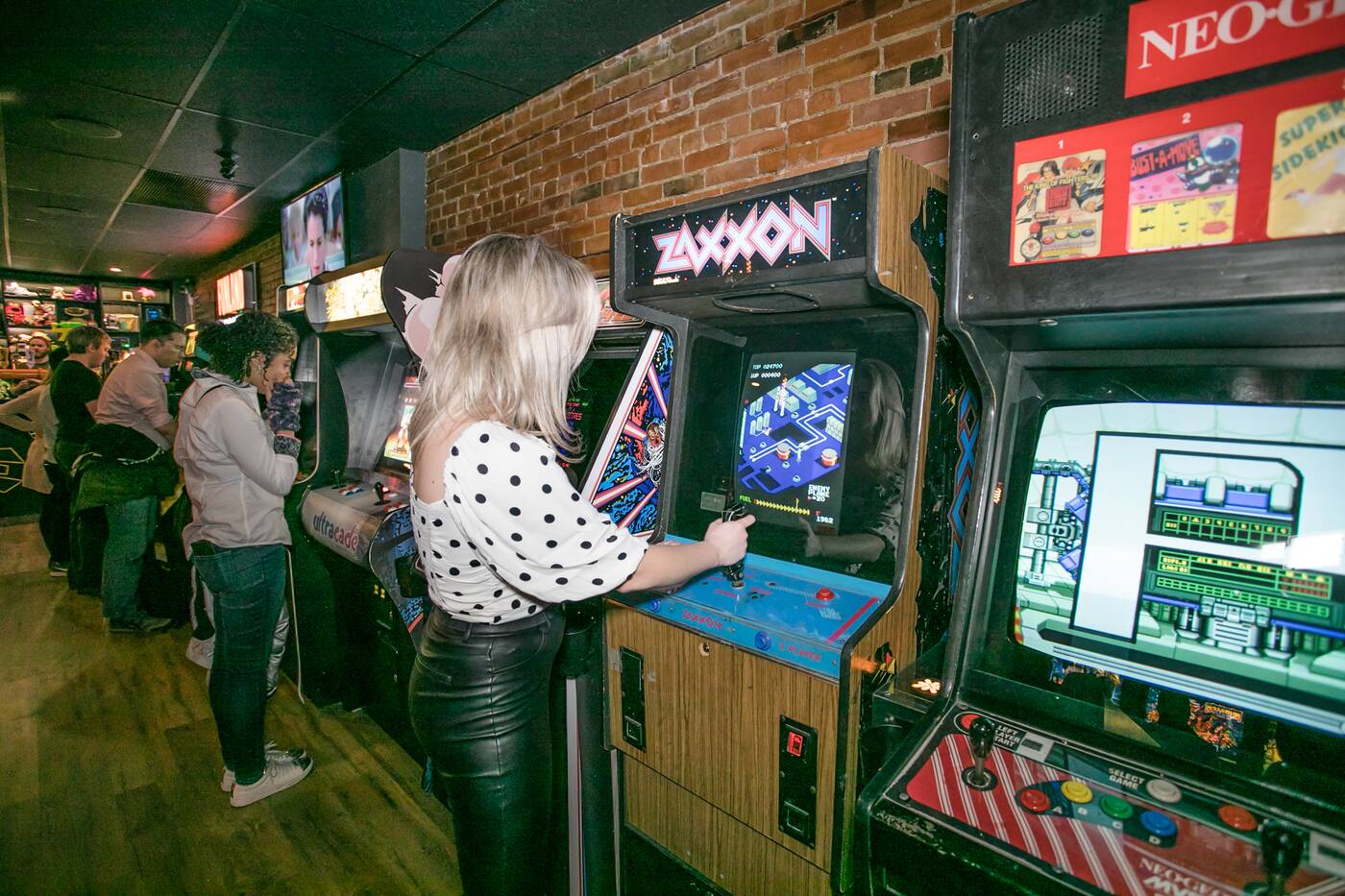 The goal is actually to continually swap out games between spaces so enthusiasts will always get a chance to try something new, or revisit favourites. 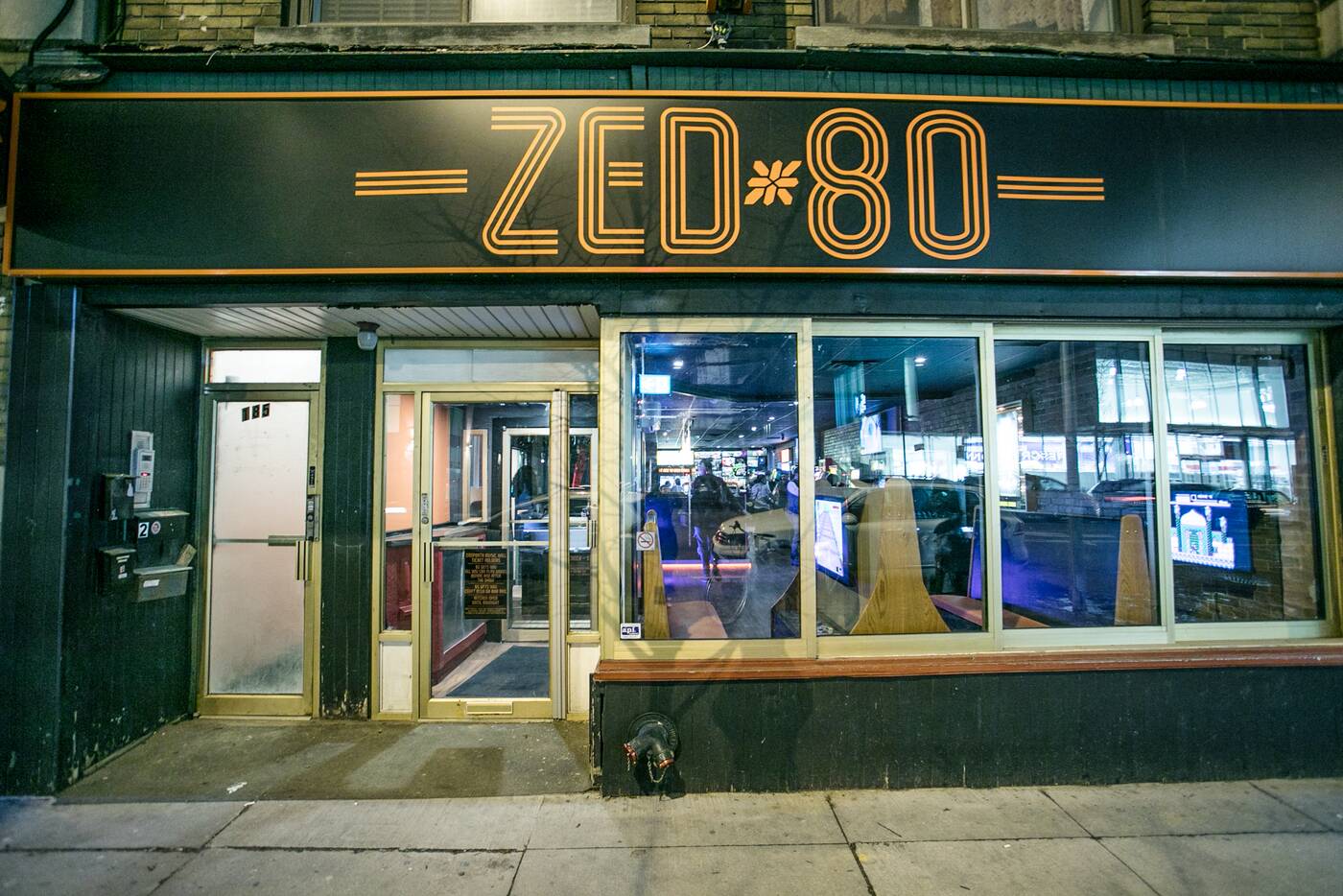