Tilt is currently open but their offerings and services may be affected due to the pandemic. Please contact the business directly for more information about any changes. Is this your business? Please contact us if you would like to update this message.

Tilt is now bigger and better than ever with access to 50 retro arcade games set to free play for a mere $5 cover, every night of the week.

The upgrade came thanks to a relocation due to their eviction from their previous spot, which the owner was optimistic would materialize into a boutique hotel. 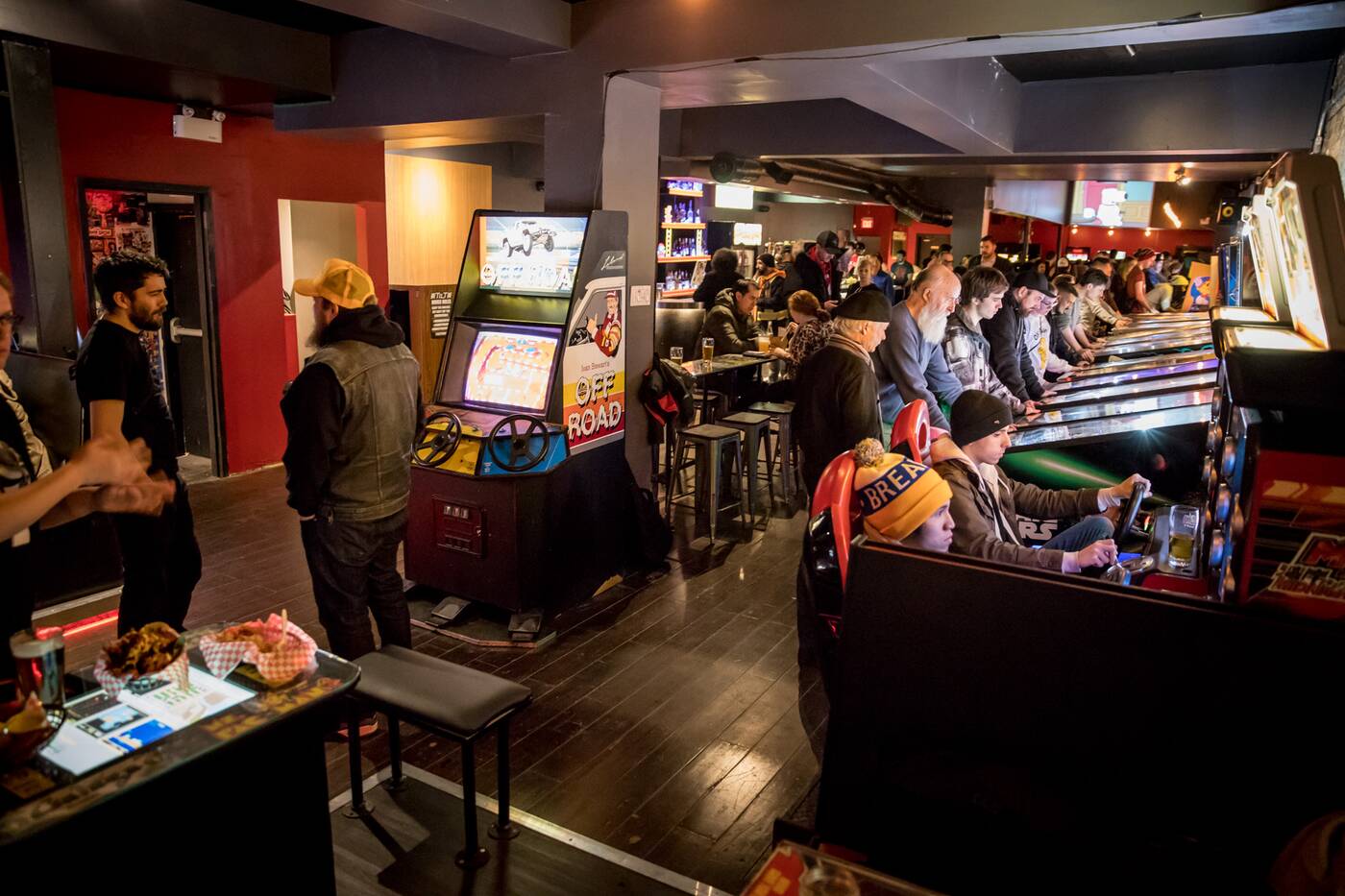 Before Tilt the space was home to Studio Bar. It’s now much more lively thanks to the whirrs, pings, and flashing lights of all the arcade games, a neon back bar designed to look like Donkey Kong, a projector playing cartoons hanging from the ceiling and arcade tables. 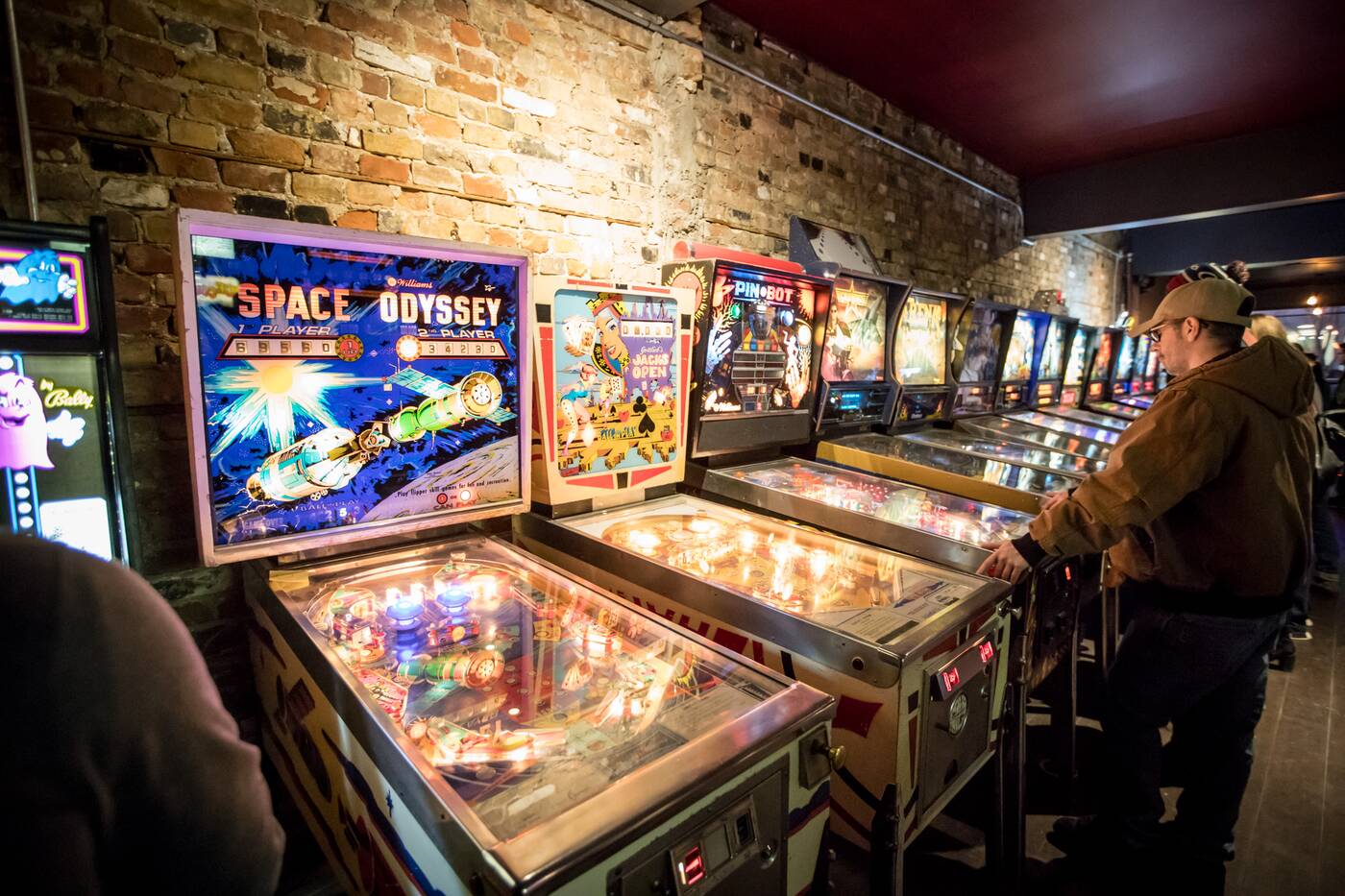 There are over a dozen pinball games with themes ranging from Metallica to Star Wars, Tron, The Addams Family and even Shaquille O’Neal, but there are even more retro arcade offerings like Q*Bert, Donkey Kong and Ms. Pac-Man. 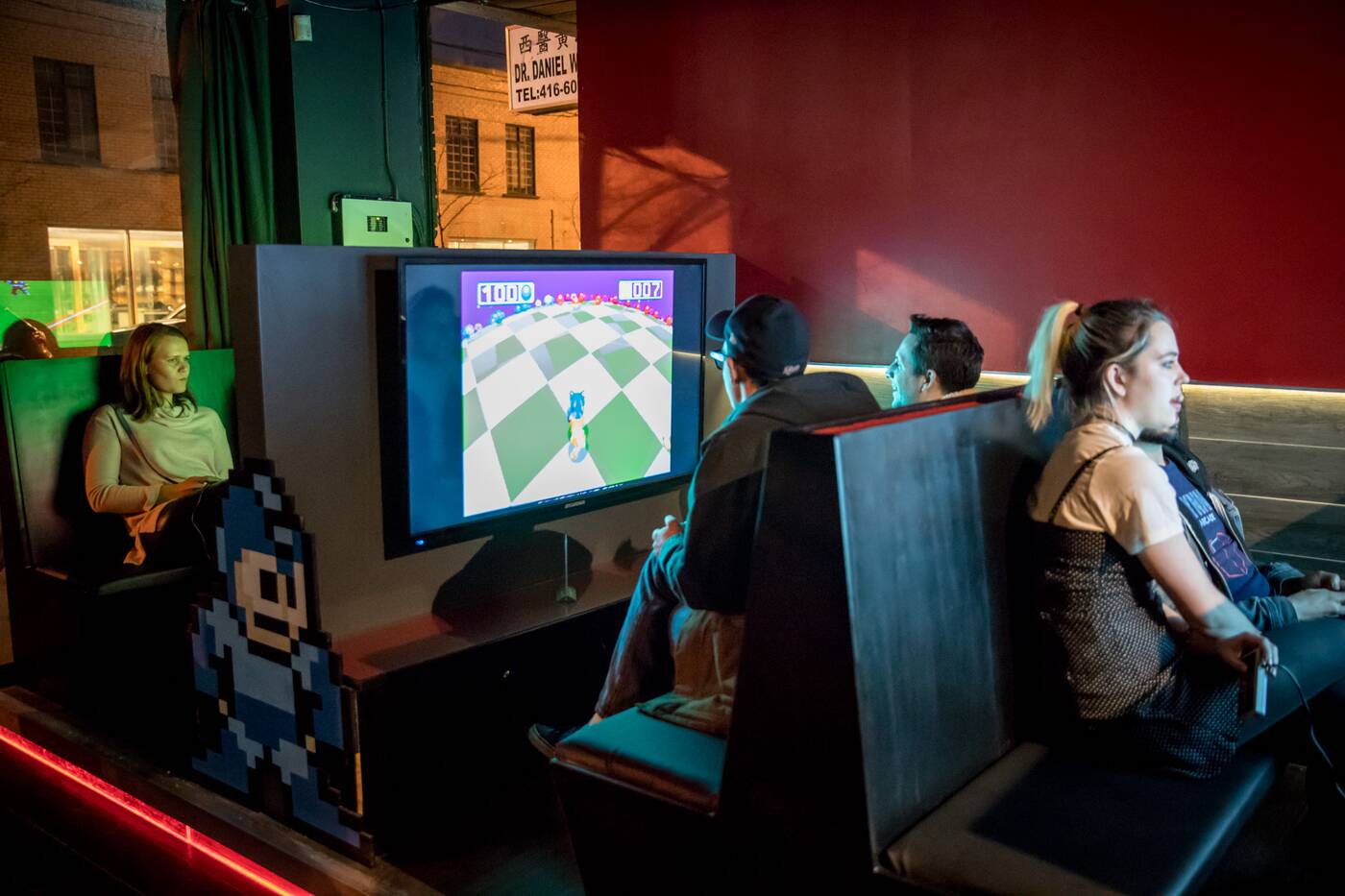 The old Tilt location had just two booths with wide screens and an N64, whereas here there are now four booths equipped with Nintendo and Sega consoles. 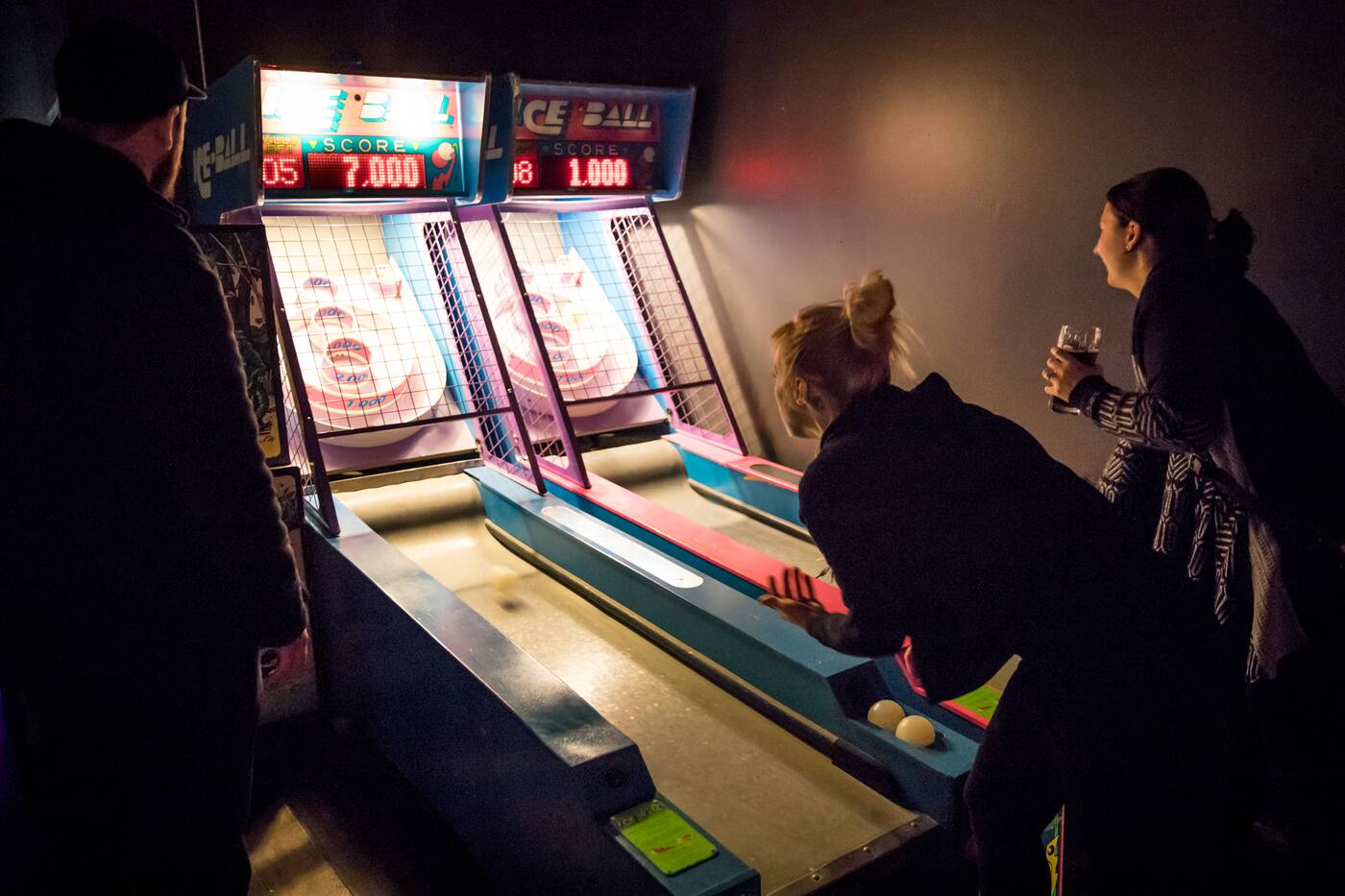 Two new skee ball machines also replace their one worn-out old one, filling out a range of old classics like foosball, table hockey and basketball. 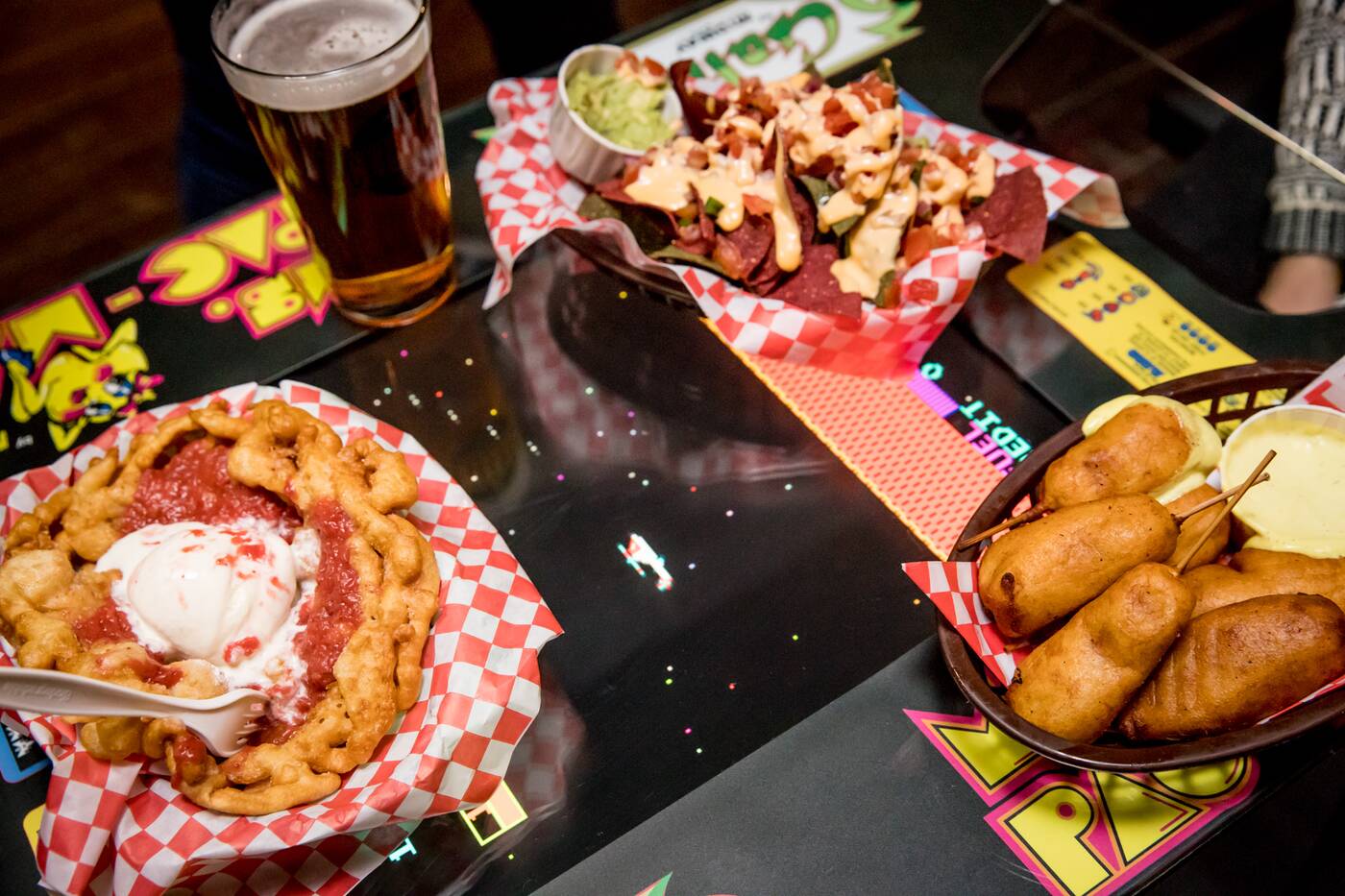 Food is made for scarfing quickly in between rounds before it gets soggy, but ingredients cut as few corners as possible so nothing’s too bland or poor quality. Order at the bar and you’ll be notified when your food is ready using a buzzer system. 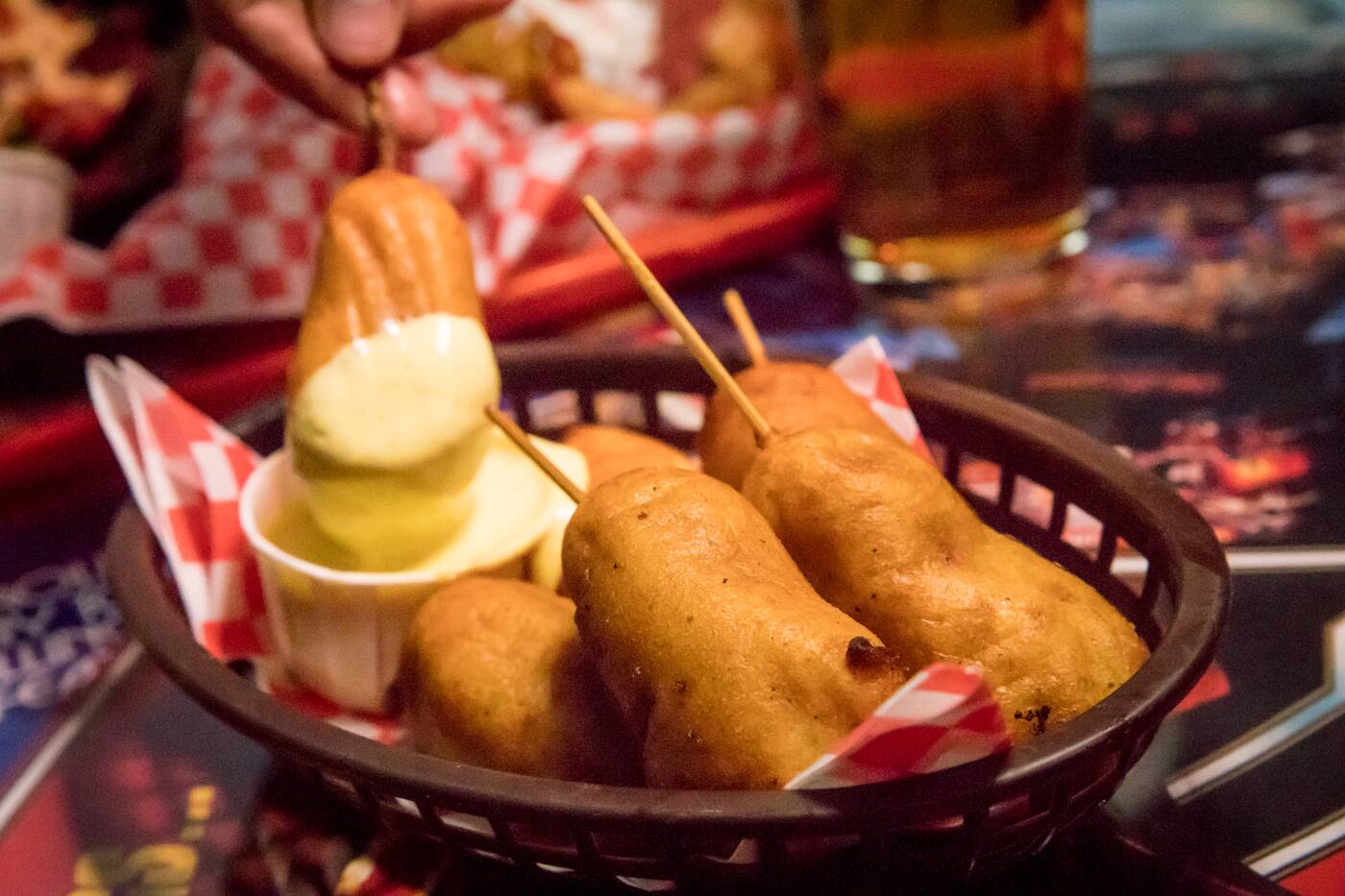 Corn puppies ($9.75) come in a “litter” of six, heavily battered but consistently sized and shaped, and with Nathan’s all beef dogs on the inside so the meat is actually solid. They do make a vegetarian version too, though. 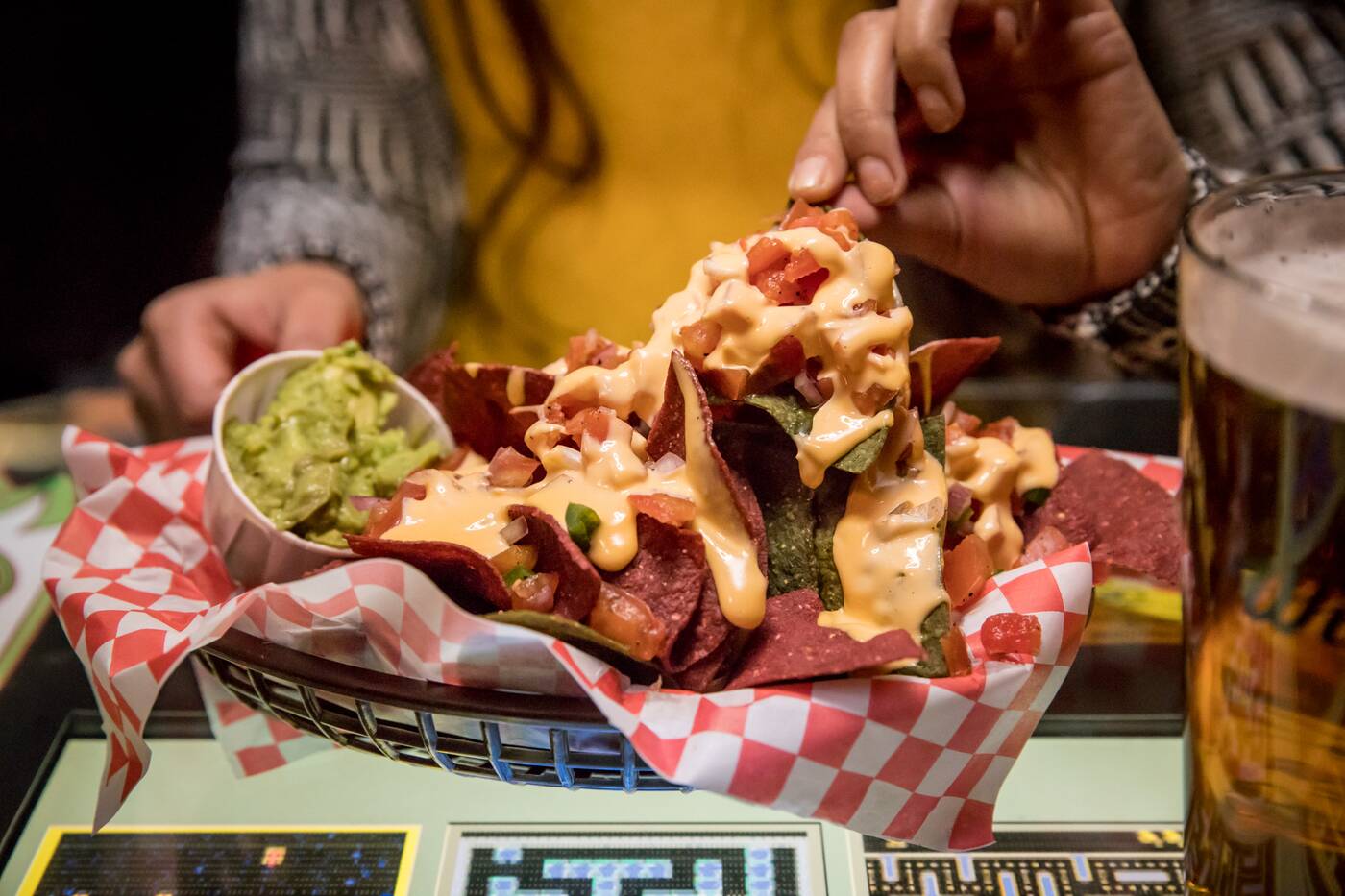 Nachos ($5.50) are a pretty good deal for a basket of colourful tortilla chips topped only with queso and salsa for a quicker but still highly acceptable nacho. A decent serving of guac on the side helps too. 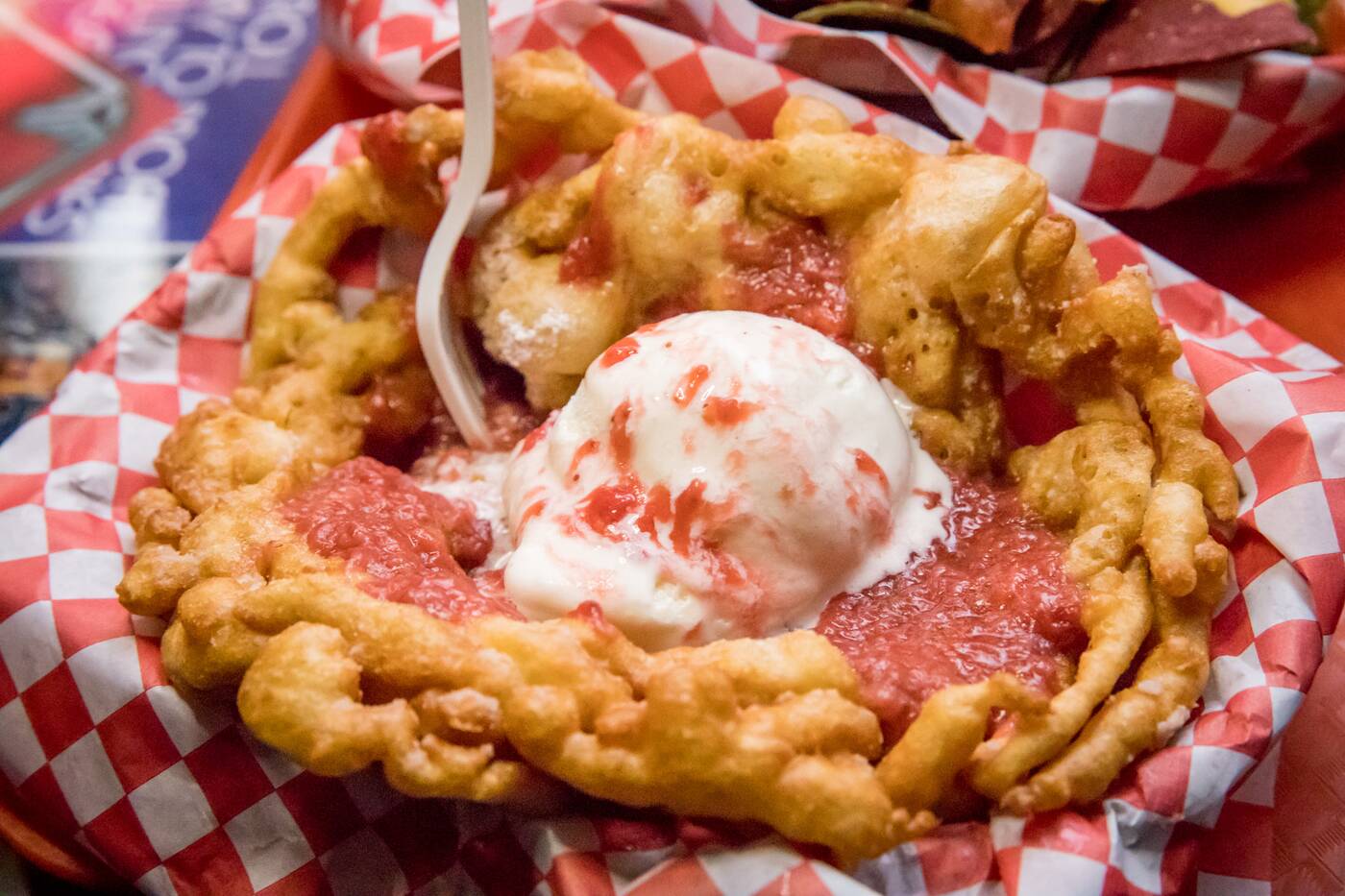 Funnel cake ($6.25) is actually pretty decent, not trying to be anything more than it is and perfectly harmonizing with the environment. The funnel cake is a fair sized cooked to a golden brown, topped with cinnamon and icing sugar, vanilla ice cream and a sweet tart lemon raspberry compote drizzle. 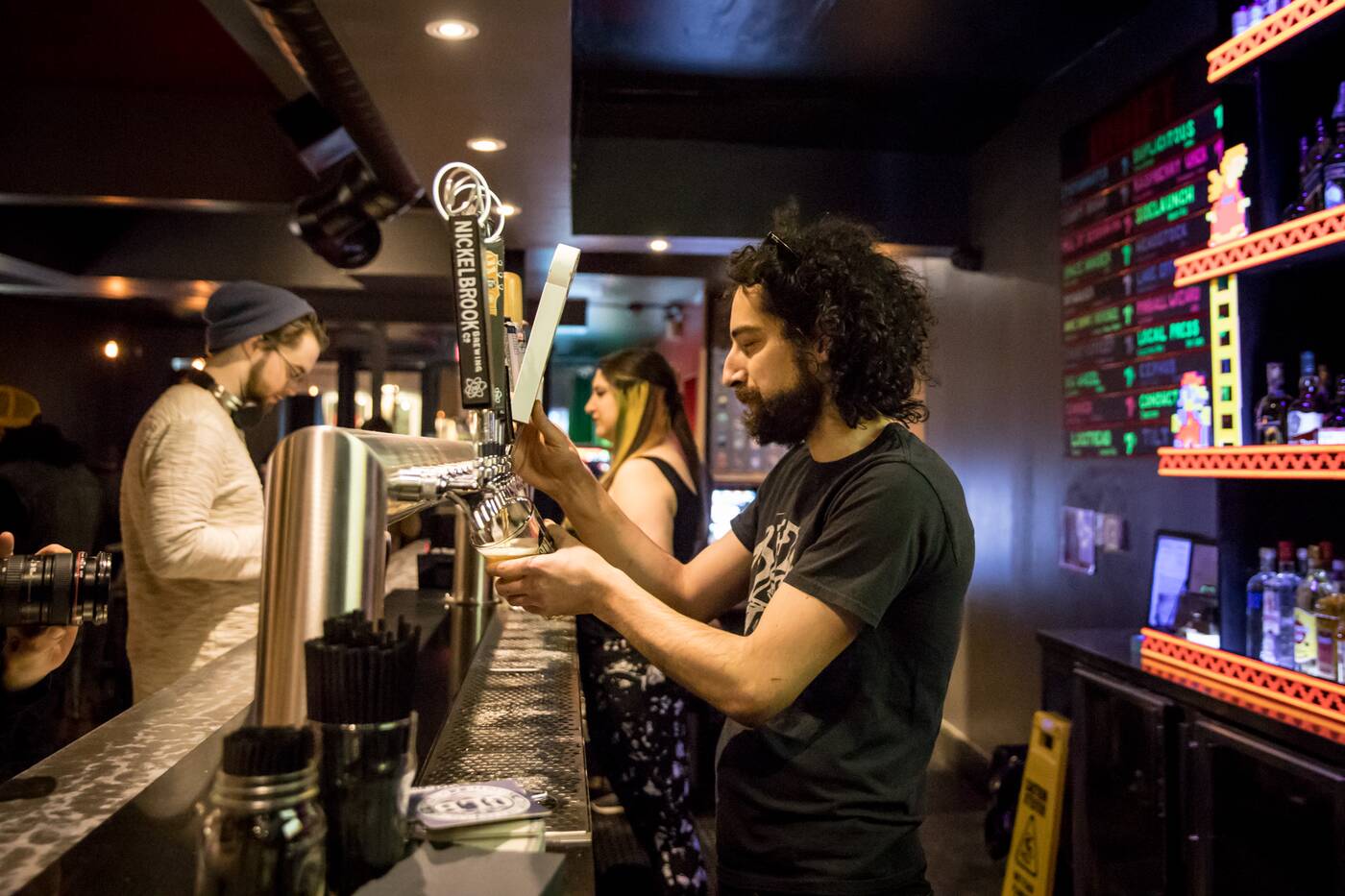 A menu of craft beer is still being proudly represented here, with options from Clifford like the thematic Pinball Wizard APA, Rainhard Daywalker, Left Field Eephus (all $7) or a range of options from Nickel Brook. 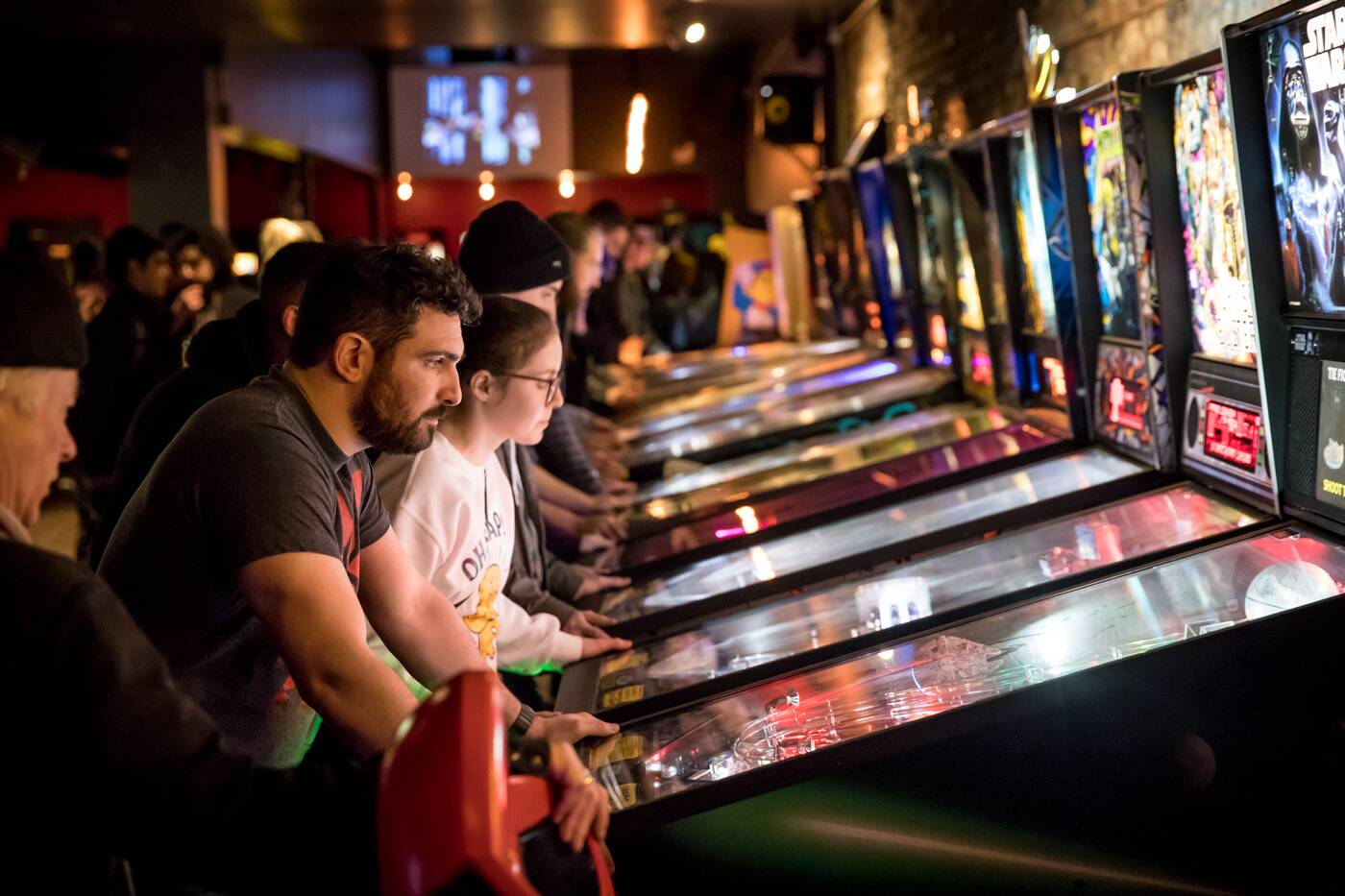 Partners Evan Oswald, Dan Beeson and Mike Bartolo did most of the work to transform this place themselves, but overall they’ve bumped up their capacity by 50 from 150 to 200, added more games and updated some in order to majorly level up. 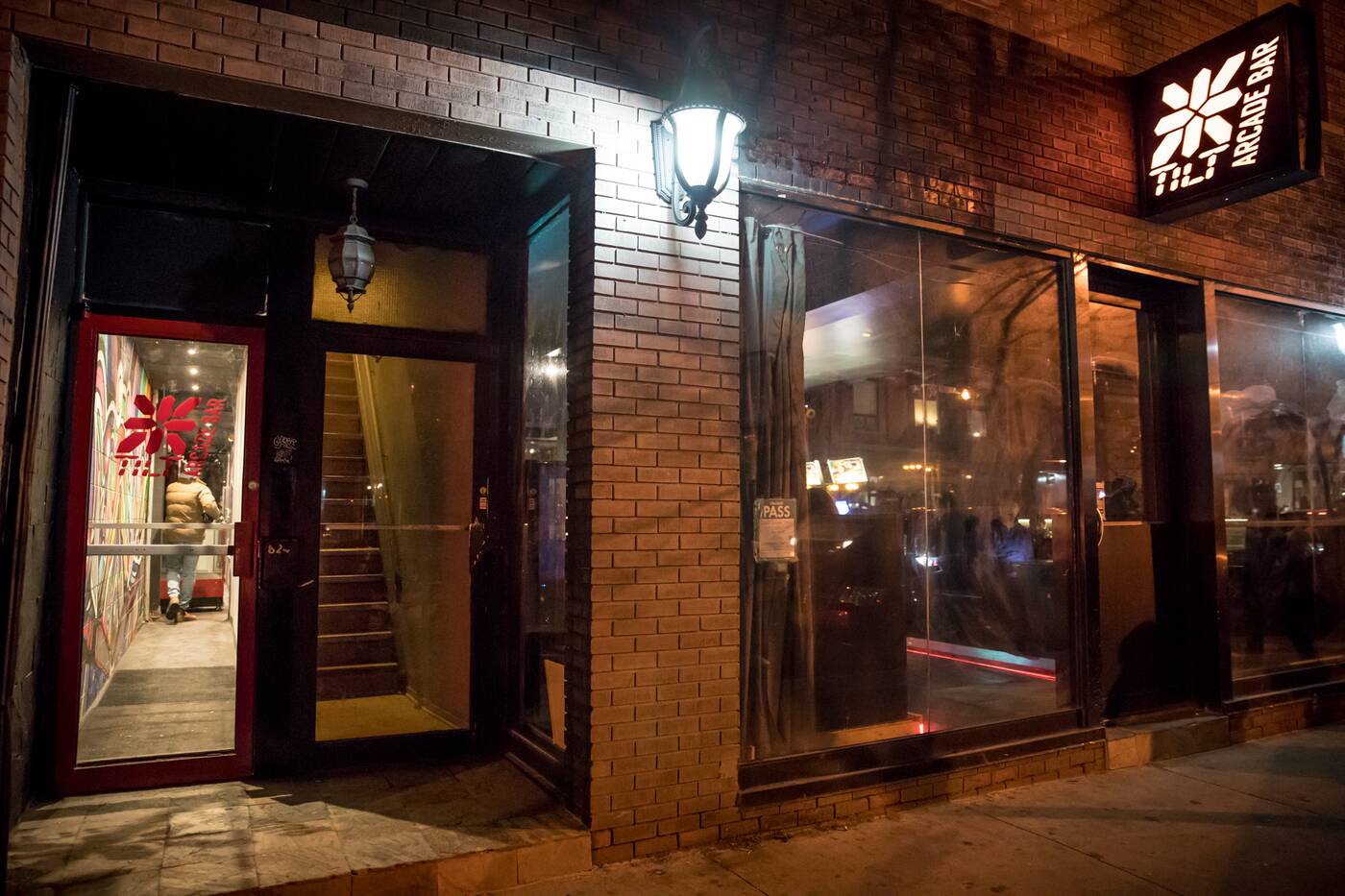