Also encompassing a Barber & Co. location and Lovejoy Cafe, it’s another venture from The Donelly Group that aims to be a crowd-pleaser. 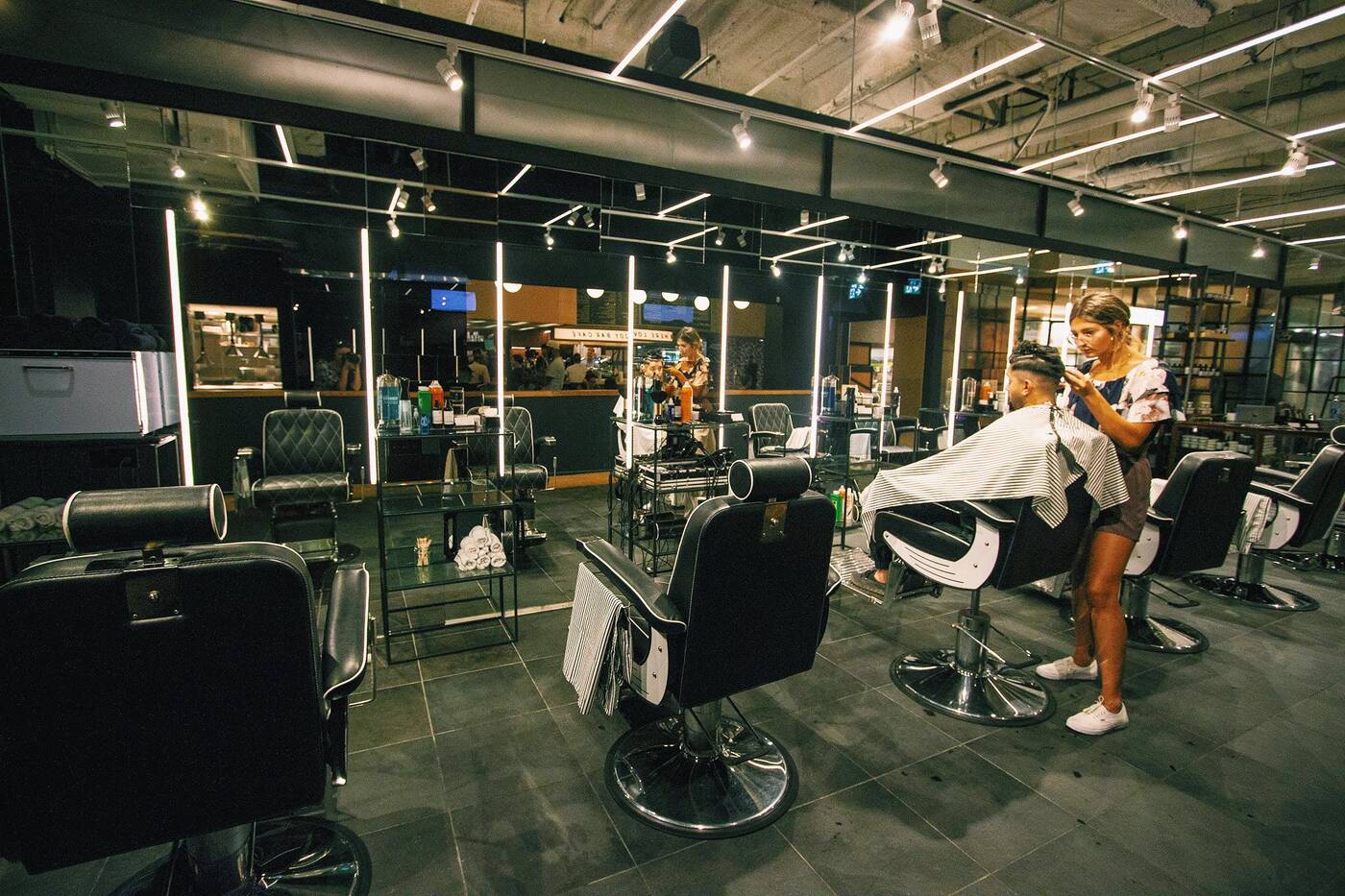 The windowless area is entered via a set of stairs, giving it a speakeasy feel. The whole thing is very laissez-faire, menus written on mirrors and walls, forms filled out and given to bartenders for a food ordering system. 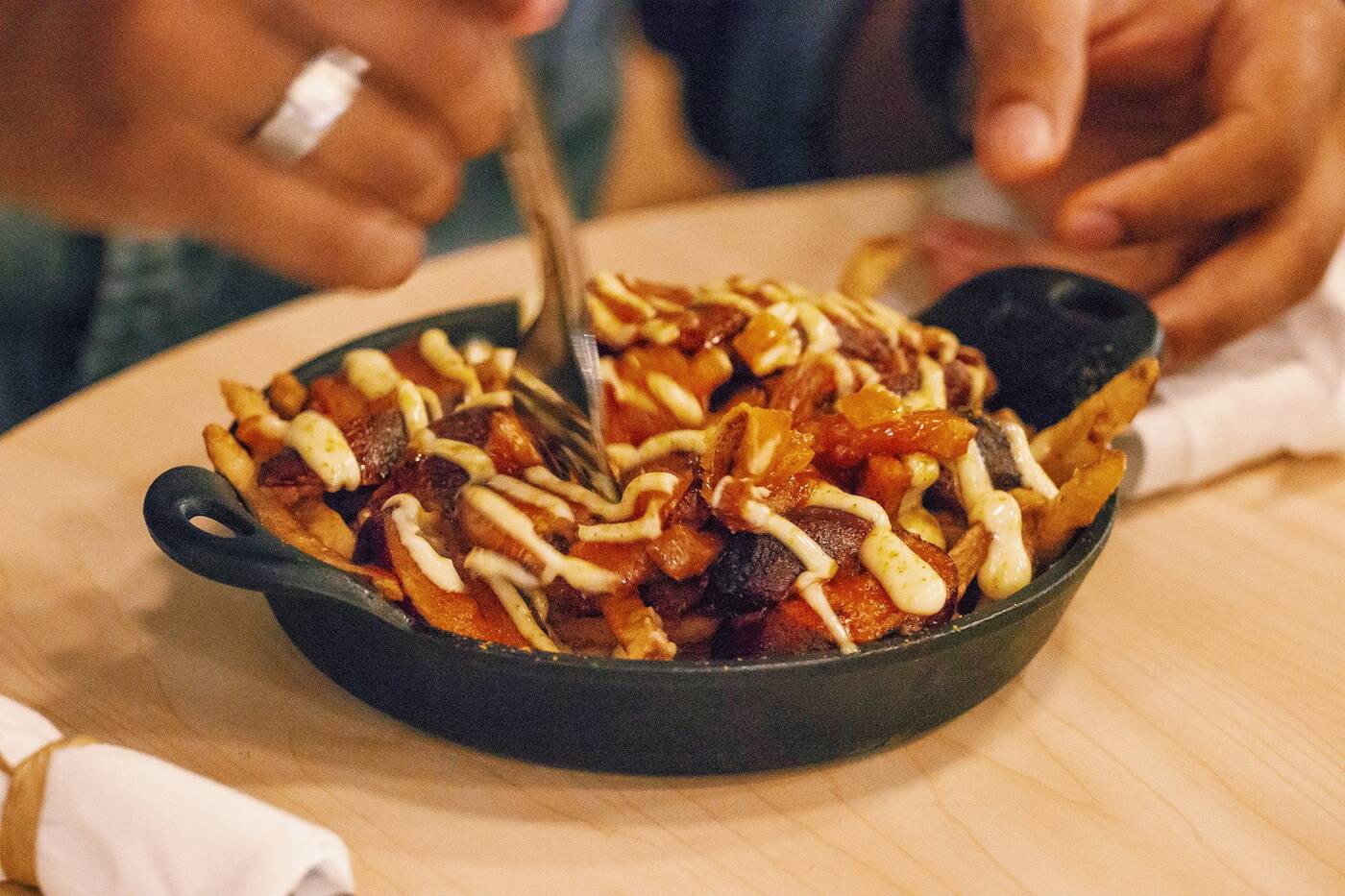 Shareable currywurst fries ($9) are thinly sliced perhaps a bit out of proportion with large slices of sausage, topped with mayo and a curry ketchup that could perhaps use a little heat but nevertheless doesn’t hit me over the head with competing spices. 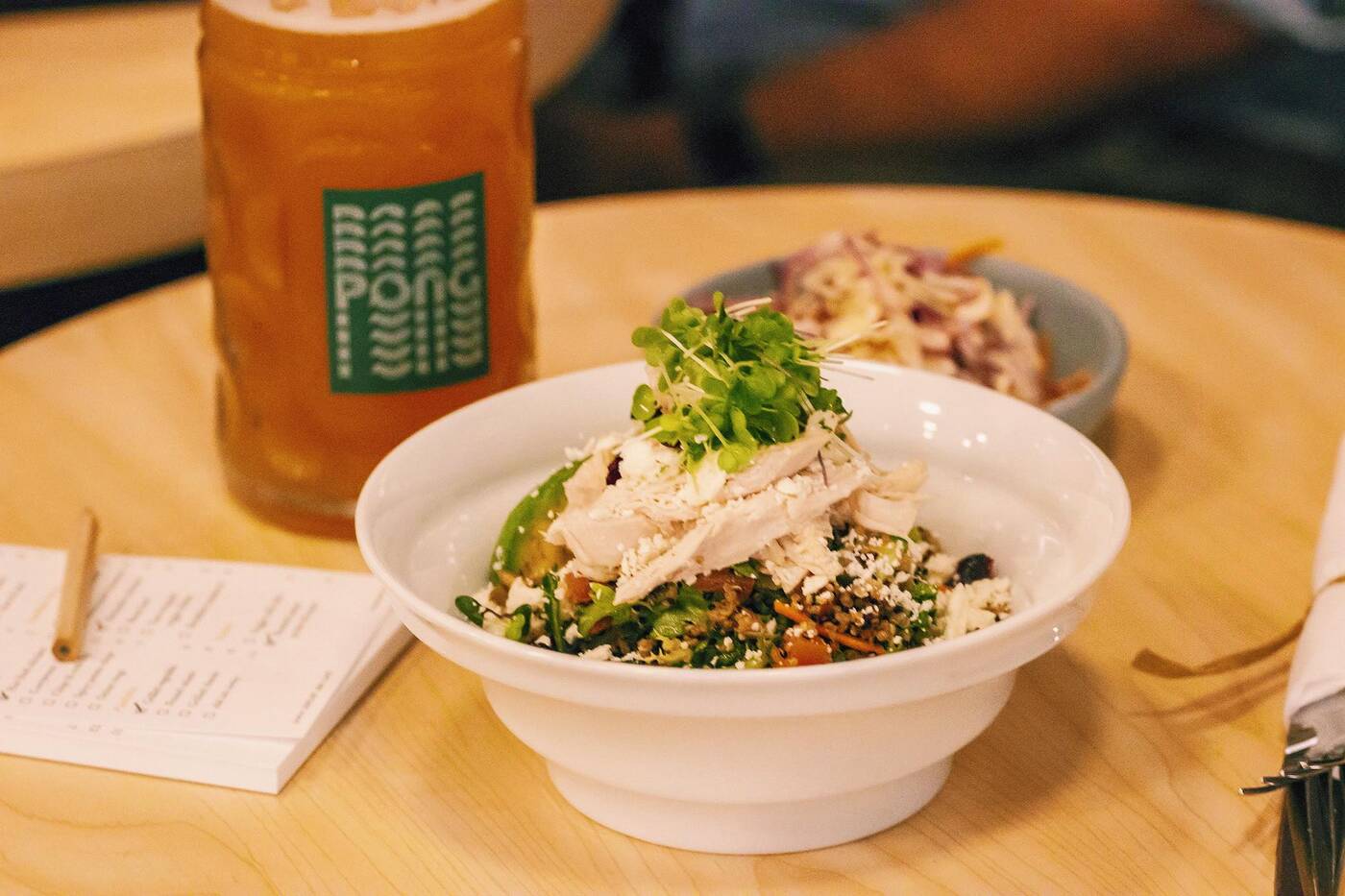 The “fresh” bowl ($11) is a hit upstairs at Walrus and can also be obtained from Lovejoy in grab-and-go form. With rotisserie chicken, avocado, feta, quinoa, kale, and a citrus thyme vinaigrette, it’s easy to see why this well-balanced but tasty option is a favourite. 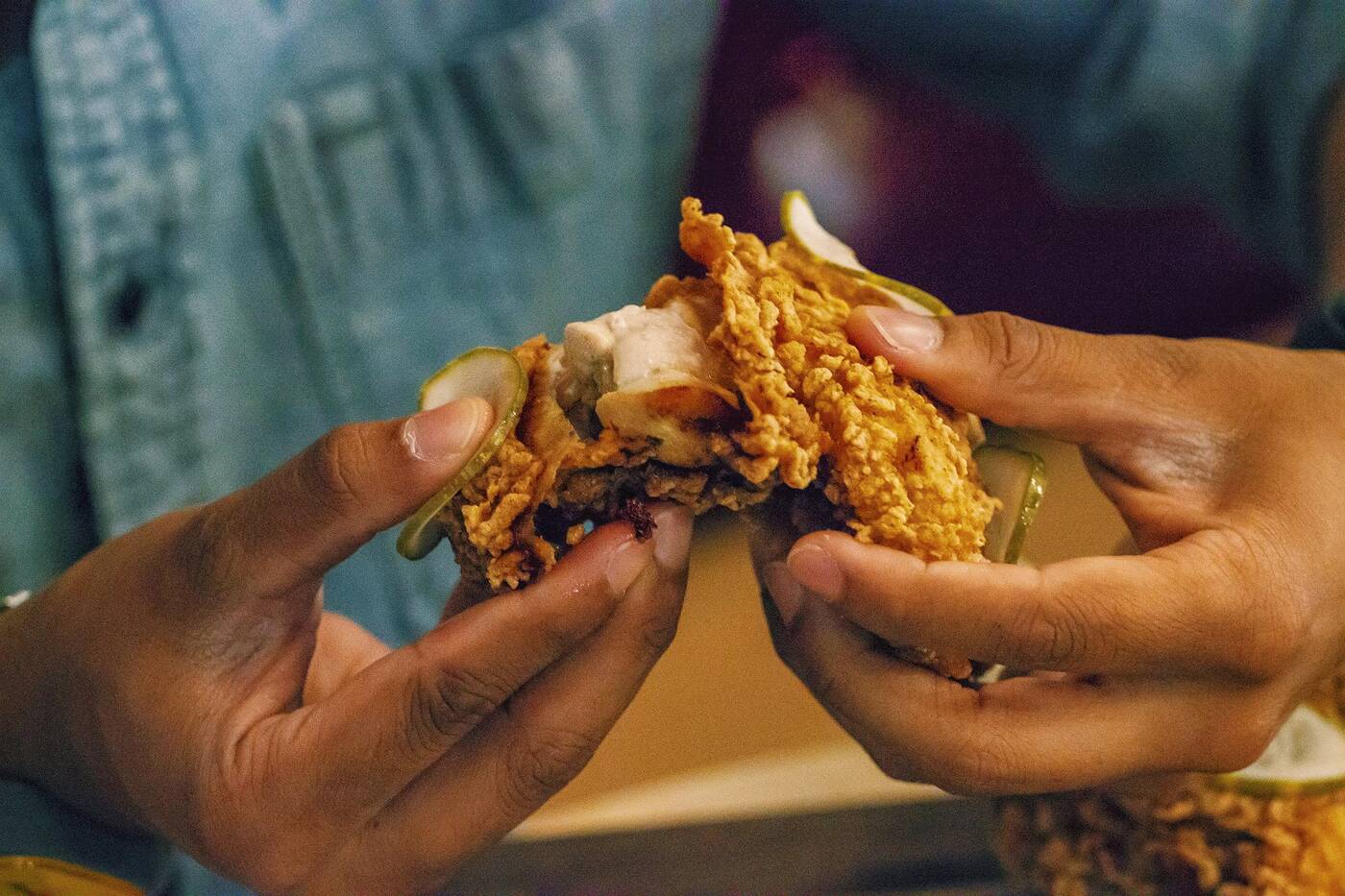 Hot fried chicken ($12 for three pieces) is marinated in buttermilk and coated with a dry dredge that contains 15 spices, served with very peppery but creamy cabbage slaw. 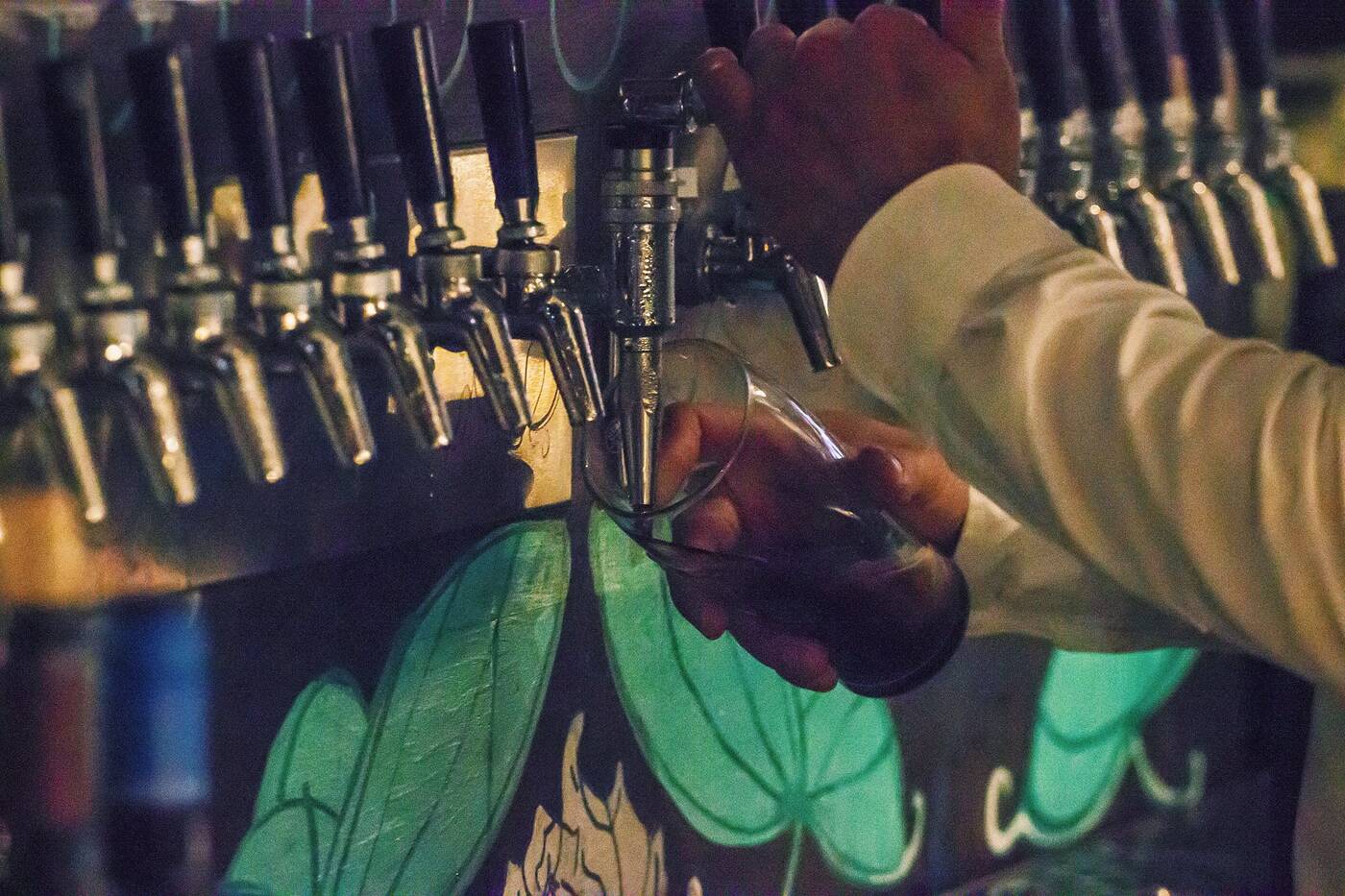 So food isn’t too pricey, but draft local beer that starts at no less than $8 is where they’ll get you. 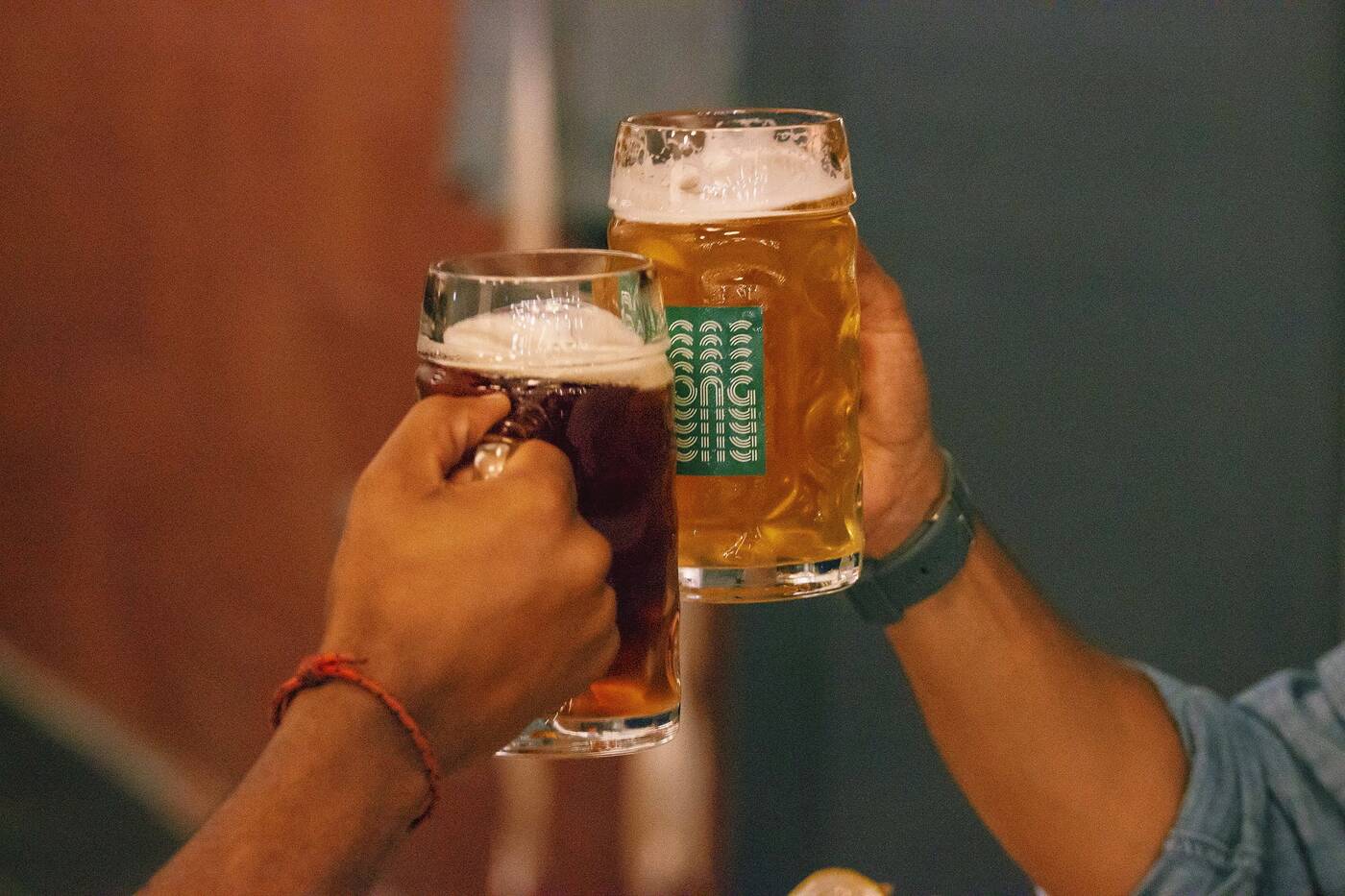 Amsterdam, Kensington, Henderson and Nickel Brook beers are on the less expensive end of the spectrum, Indie Alehouse, Blood Brothers and Burdock offerings topping out around $9.50. 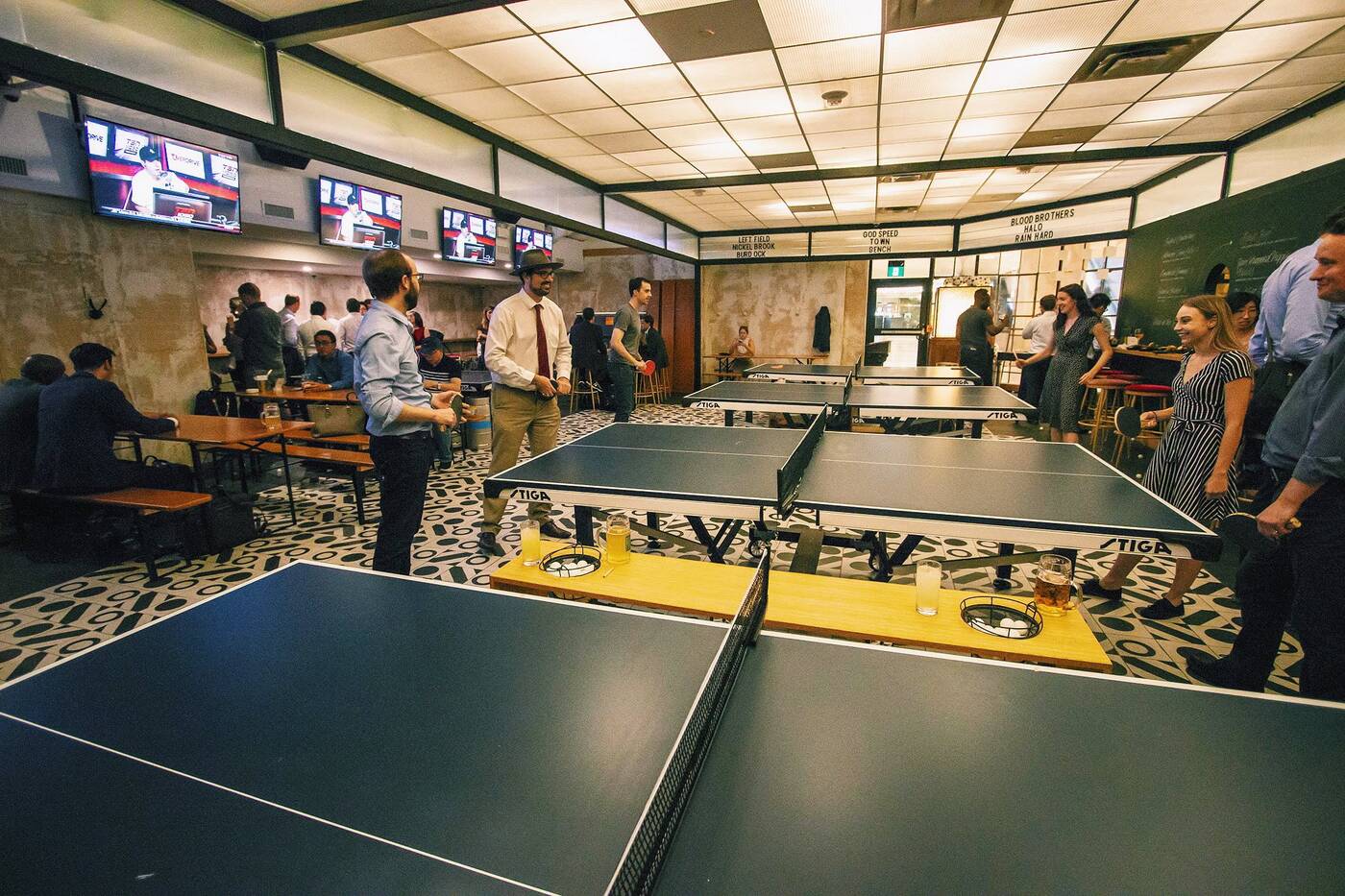 Ping pong tables can be rented for a minimum of an hour, half an hour during off-peak times. This ranges from $15 an hour until 5 p.m. up to $50 an hour after 8 p.m. for walk-ins, $35 and $70 respectively for reservations (which can be made at the hostess desk or over the phone). 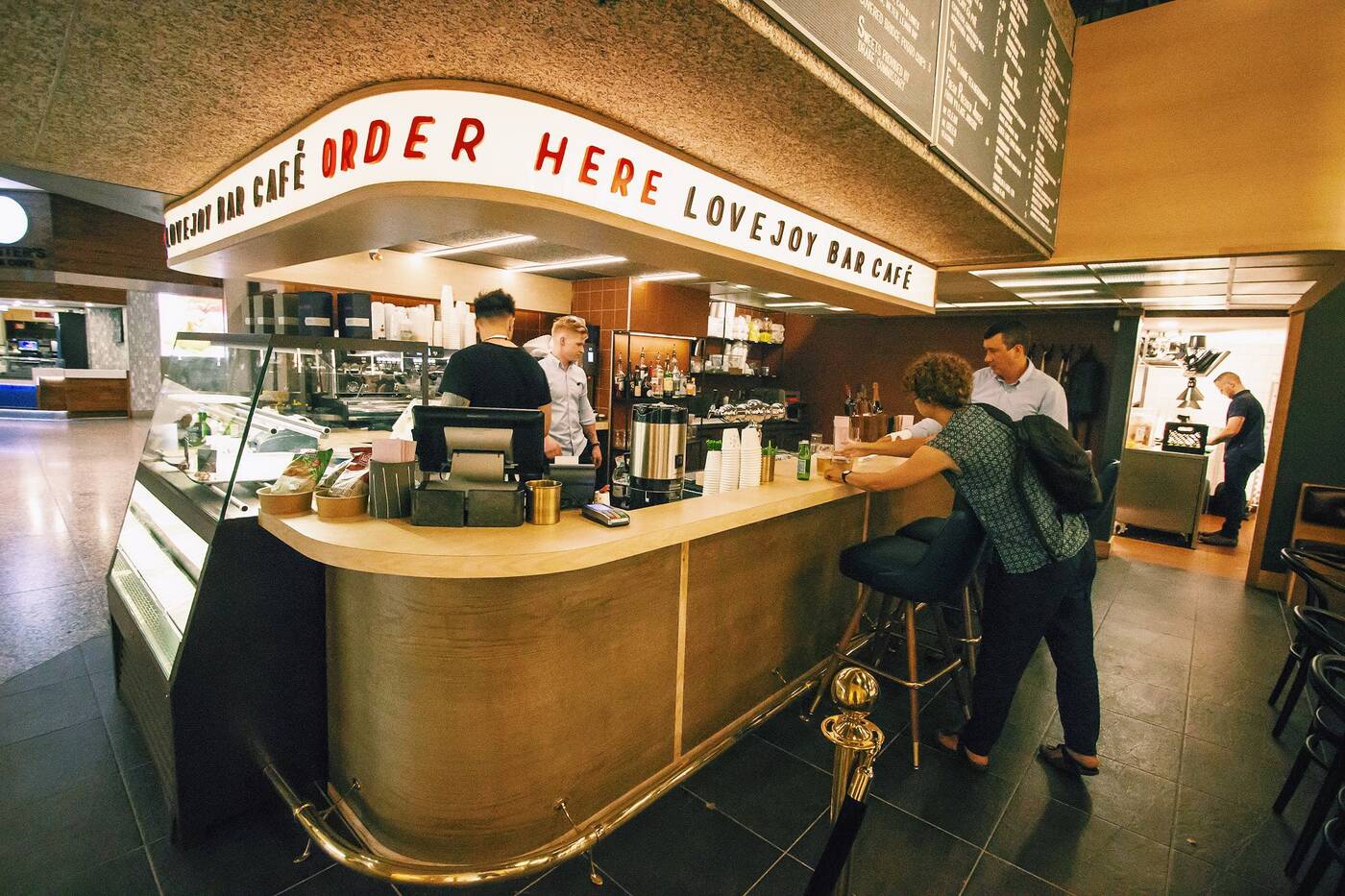 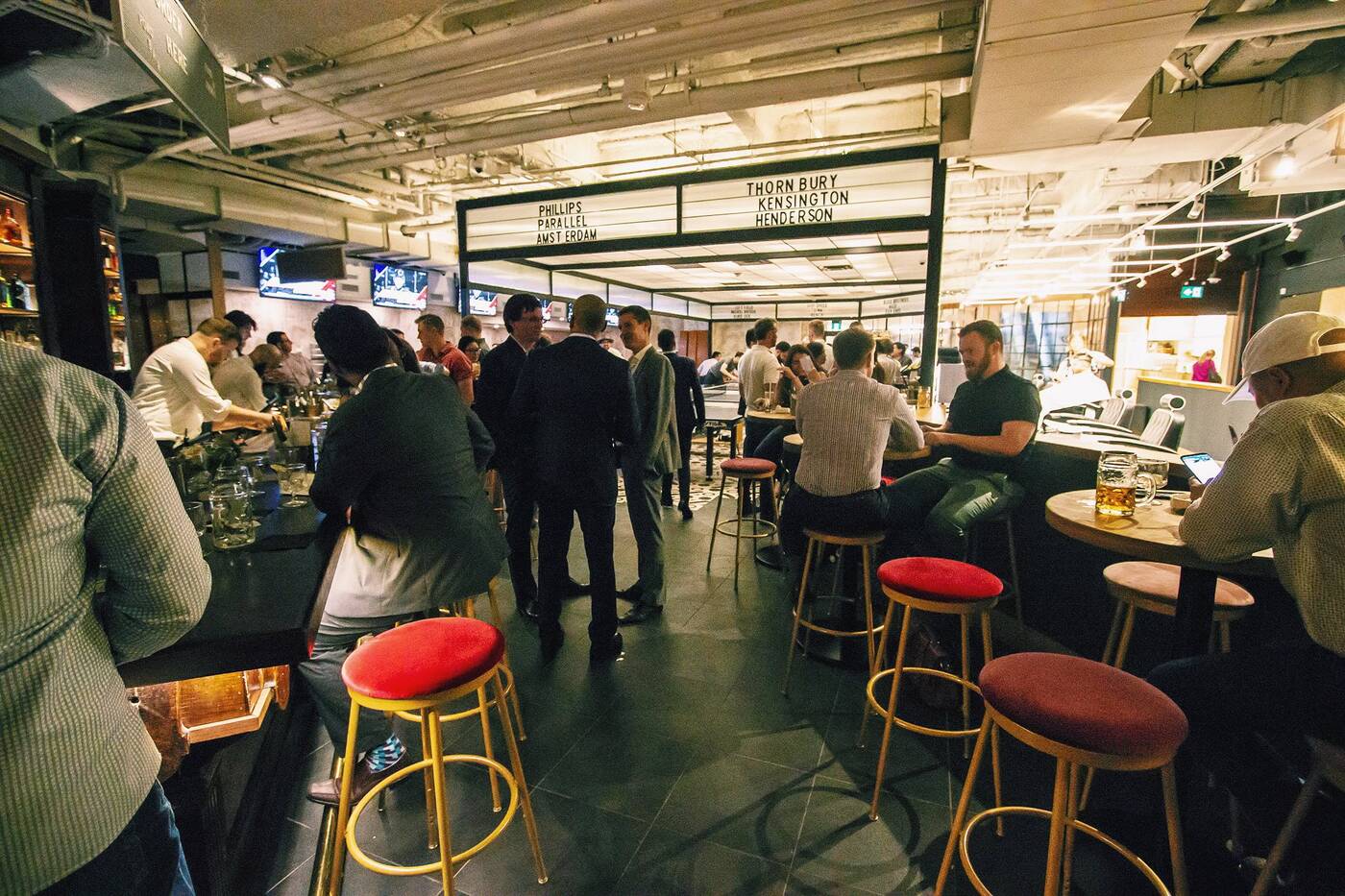