Pixels and Pints deals in just that: retro video games and beer, plus boba tea.

If you’re a fan of these sorts of establishments, picture a smaller version of Tilt, a more arcade-focused Get Well, or a Cabin Fever that isn’t just pinball. 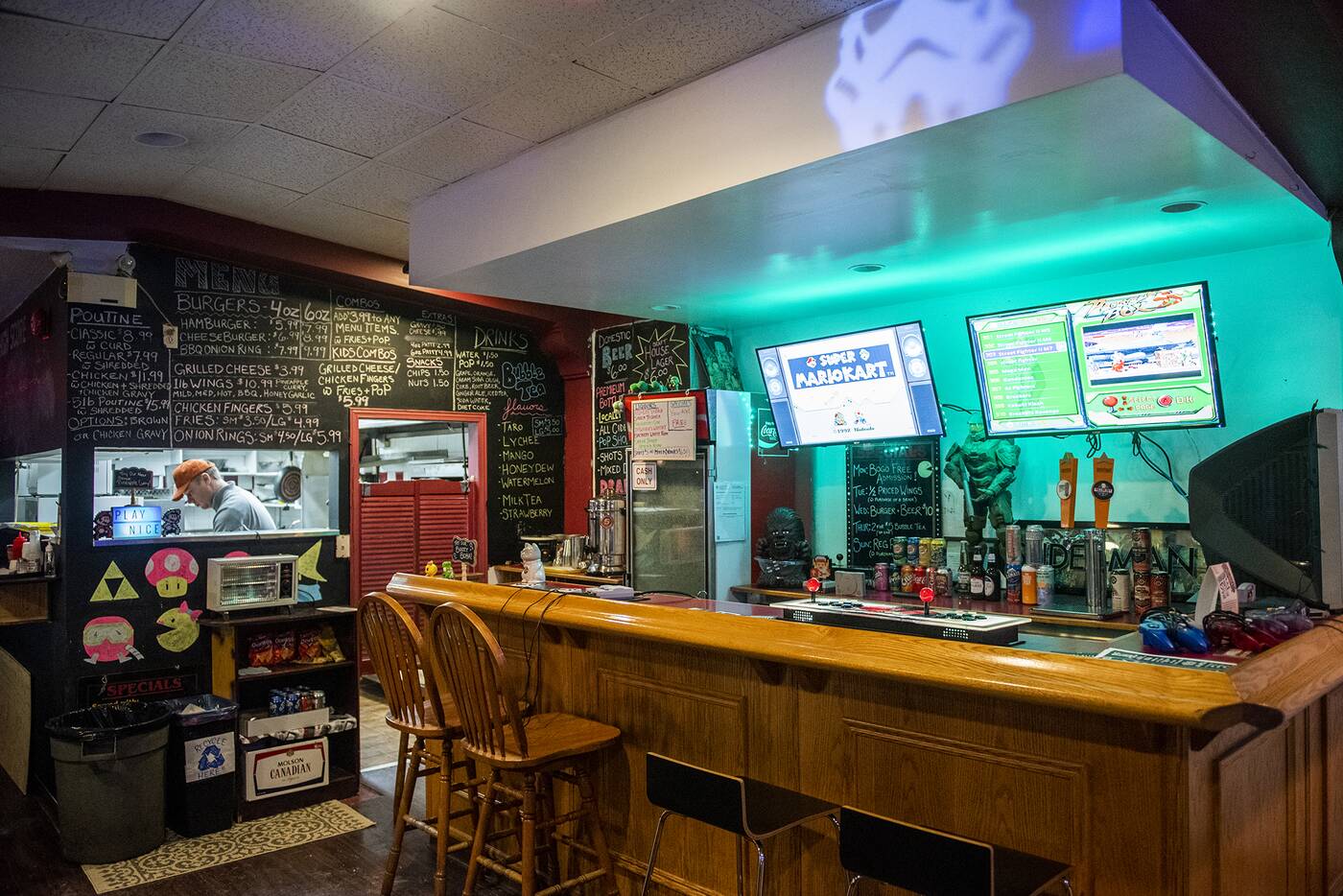 For a five dollar cover charge, you get free play on over 15 cabinet games in the bar, including consoles for Super Nintendo and N64 with hundreds of options for home console games. This charge is waived on weekdays before 3 p.m. with the purchase of food.

Along with the monitor for the two-player Super Nintendo console, there’s also a monitor for a two-player console above the bar loaded with over a thousand classic games. 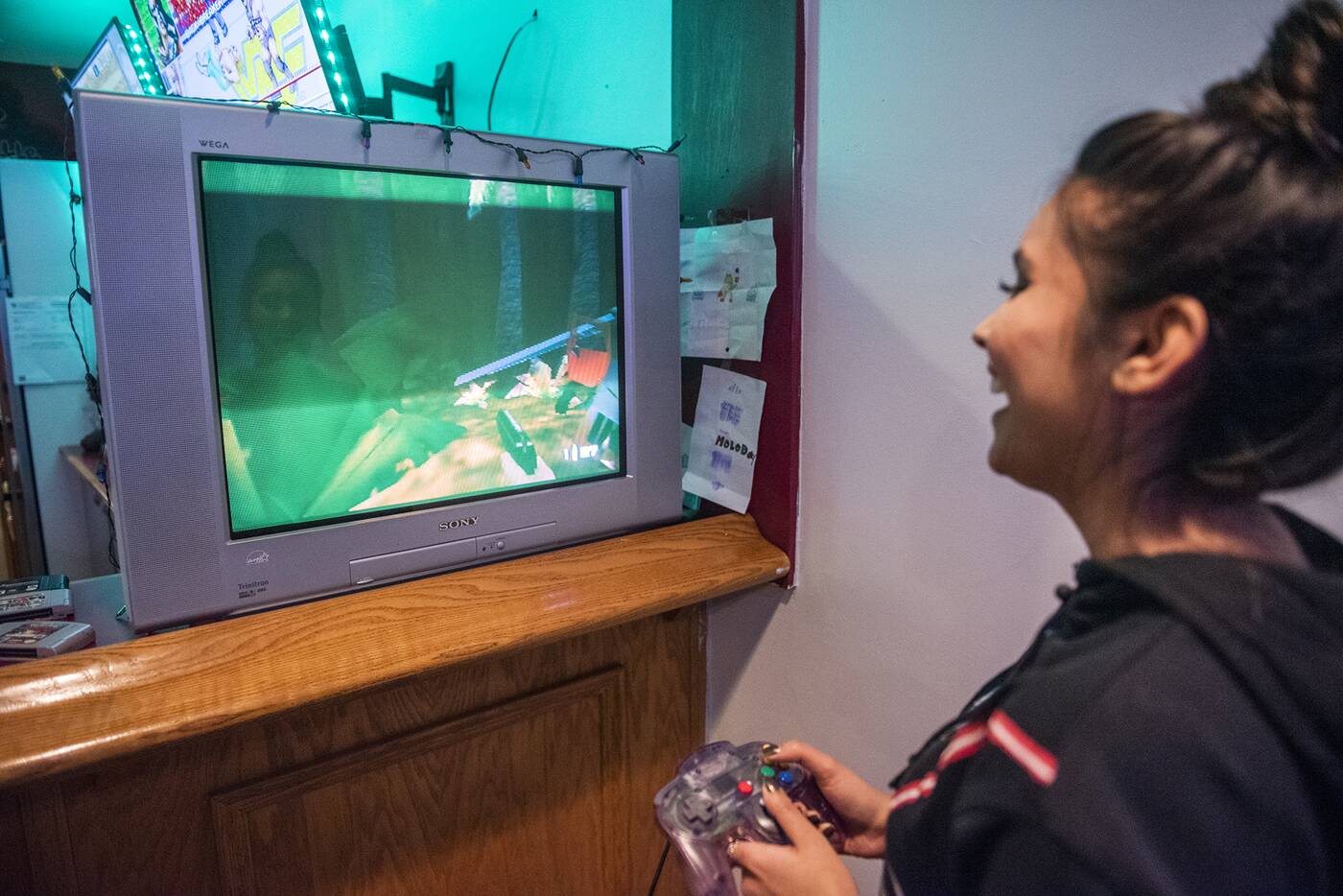 The N64 allows for up to four players, with cartridges available for nostalgic games like GoldenEye and Pokemon Stadium. 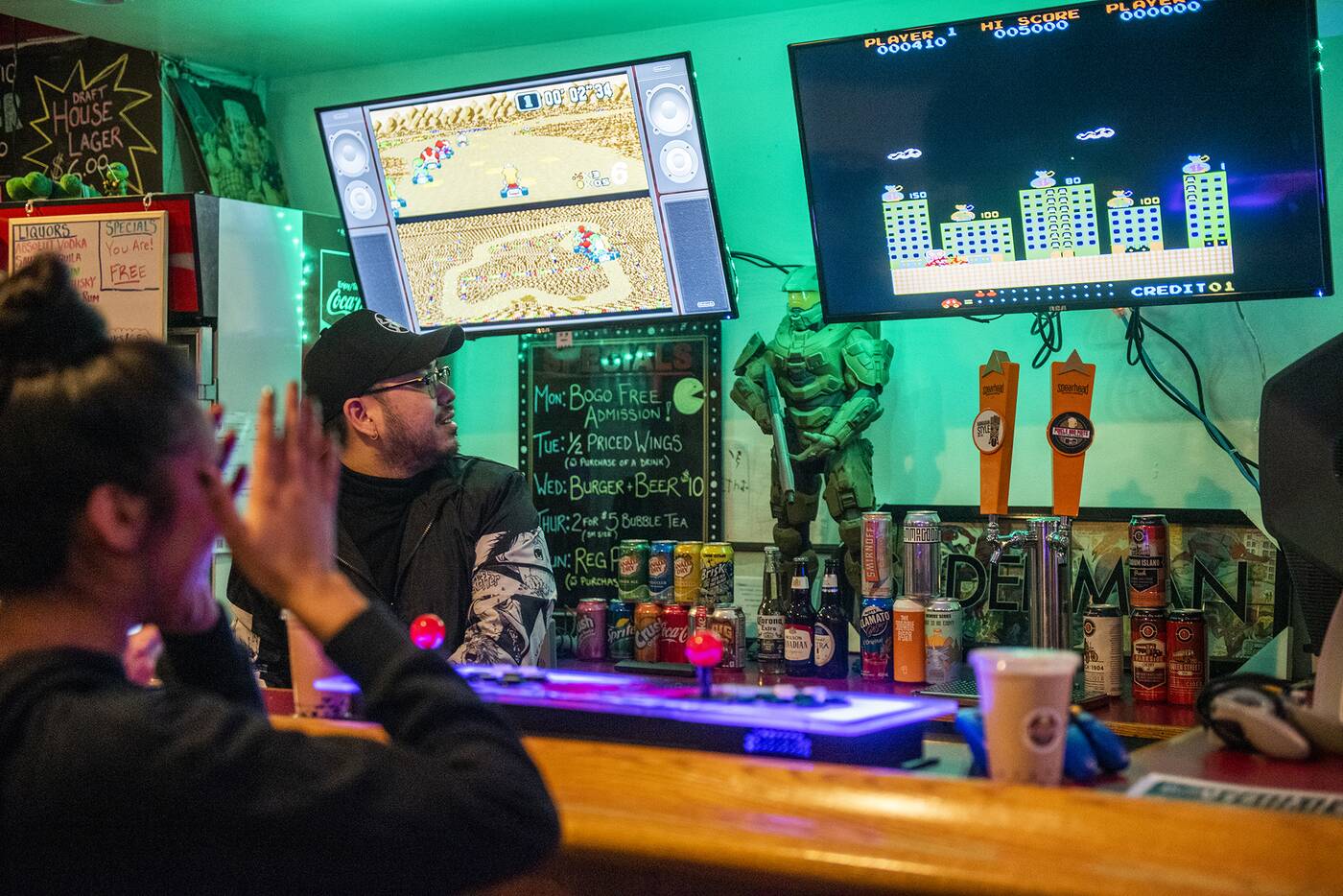 There are a pair of seated Cruisin’ USA cabinets, as well as a three-player monster truck behemoth called Off Road and more unusual racing simulation game Super Monaco GP. 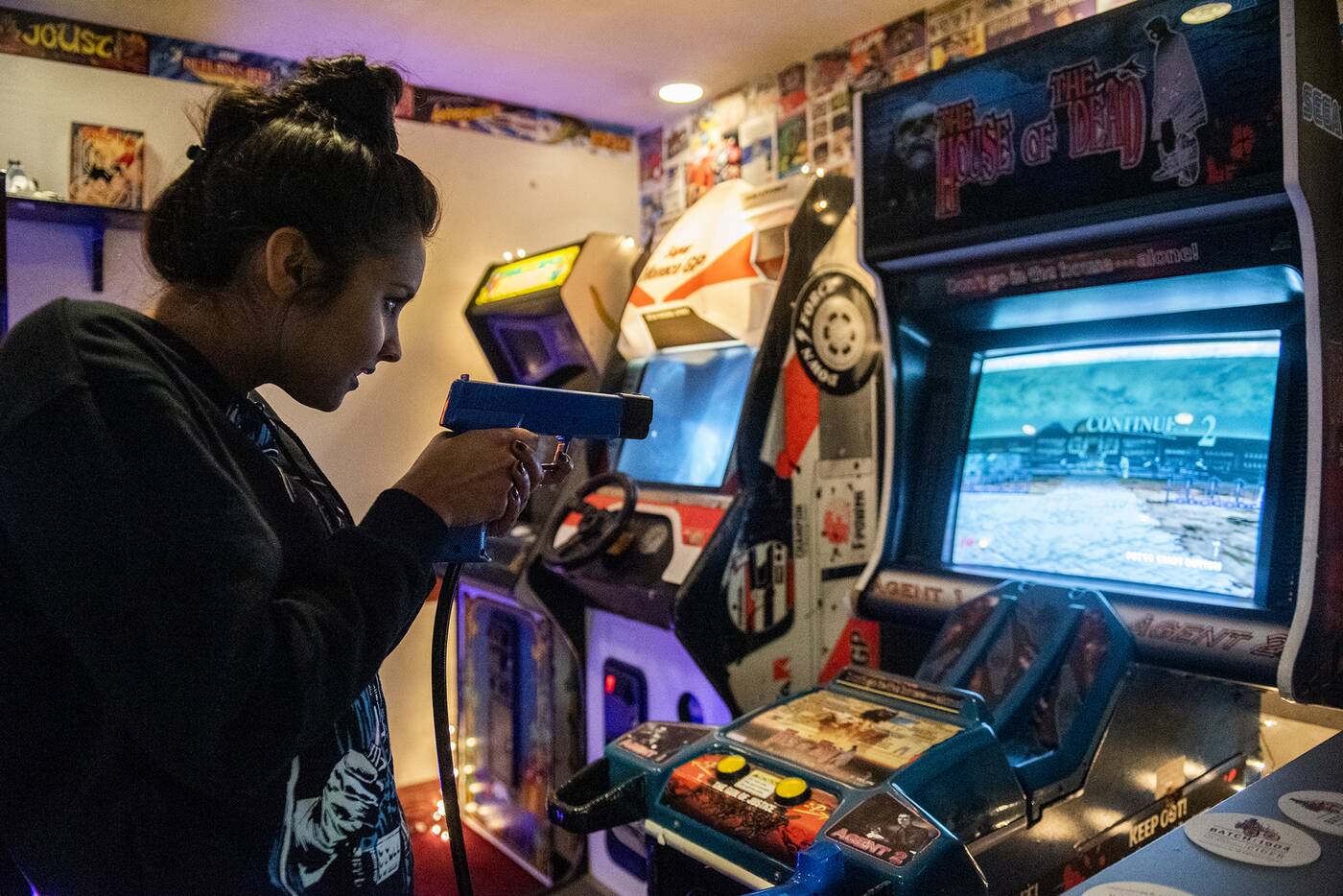 First person shooter games include old school options like Big Buck Hunter and The House of the Dead. 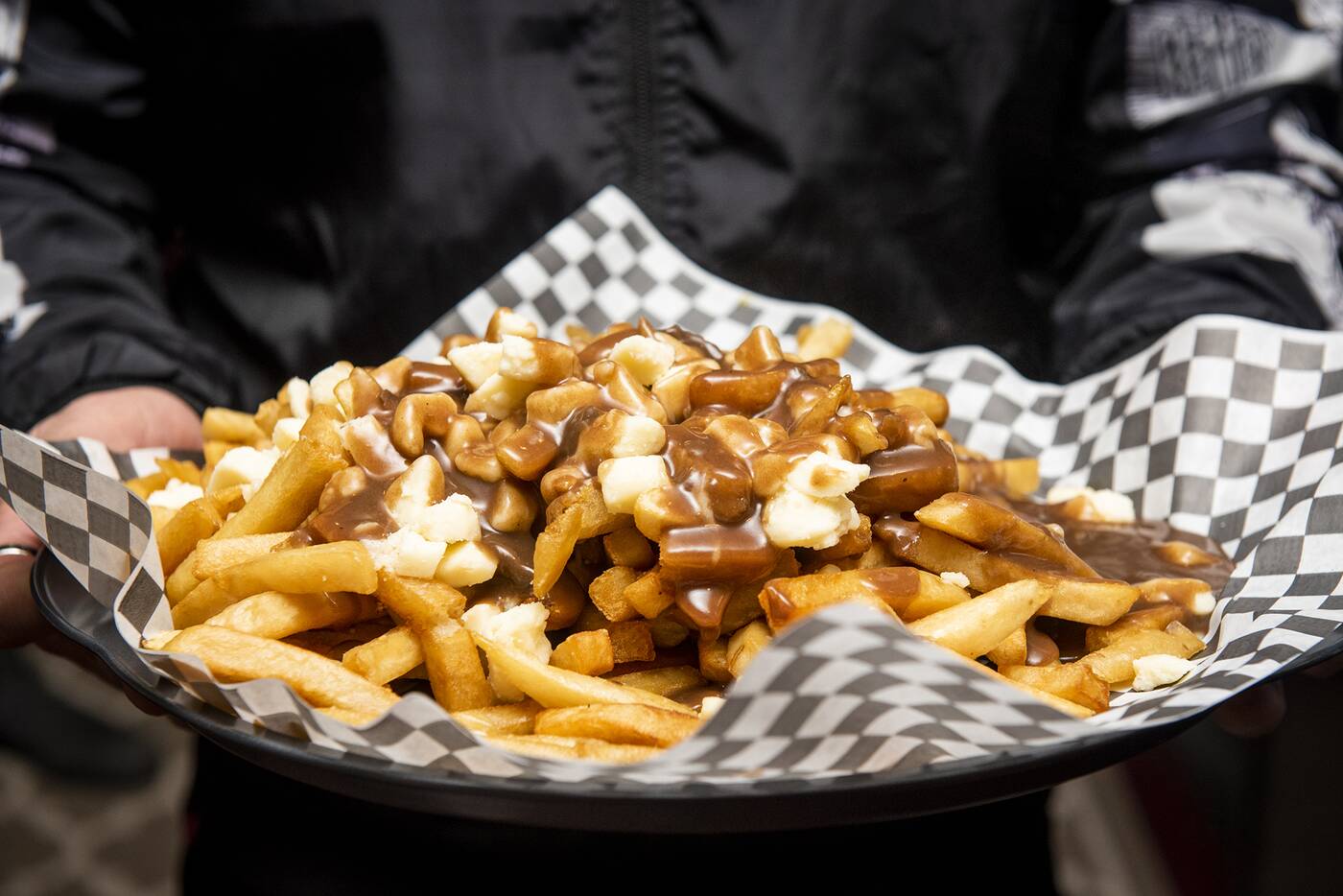 The five-pound poutine for $15.99 is probably the most epic stunt item here, a giant platter of plain and simple fries smothered in a mountain of squeaky cheese curds and thick brown gravy. 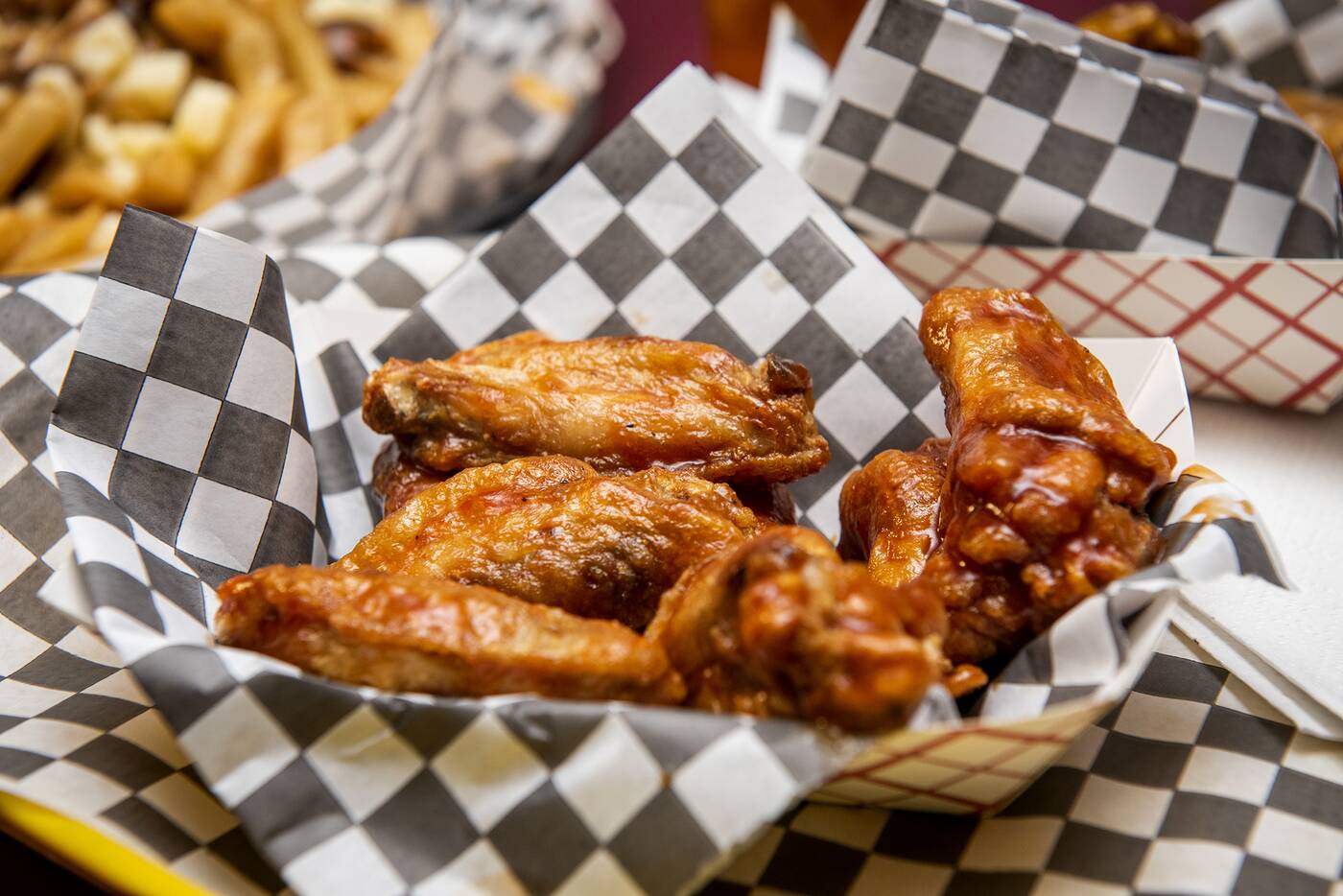 A pound of wings goes for $10.99, with typical options for sauces like mild, medium, hot, BBQ and honey garlic. 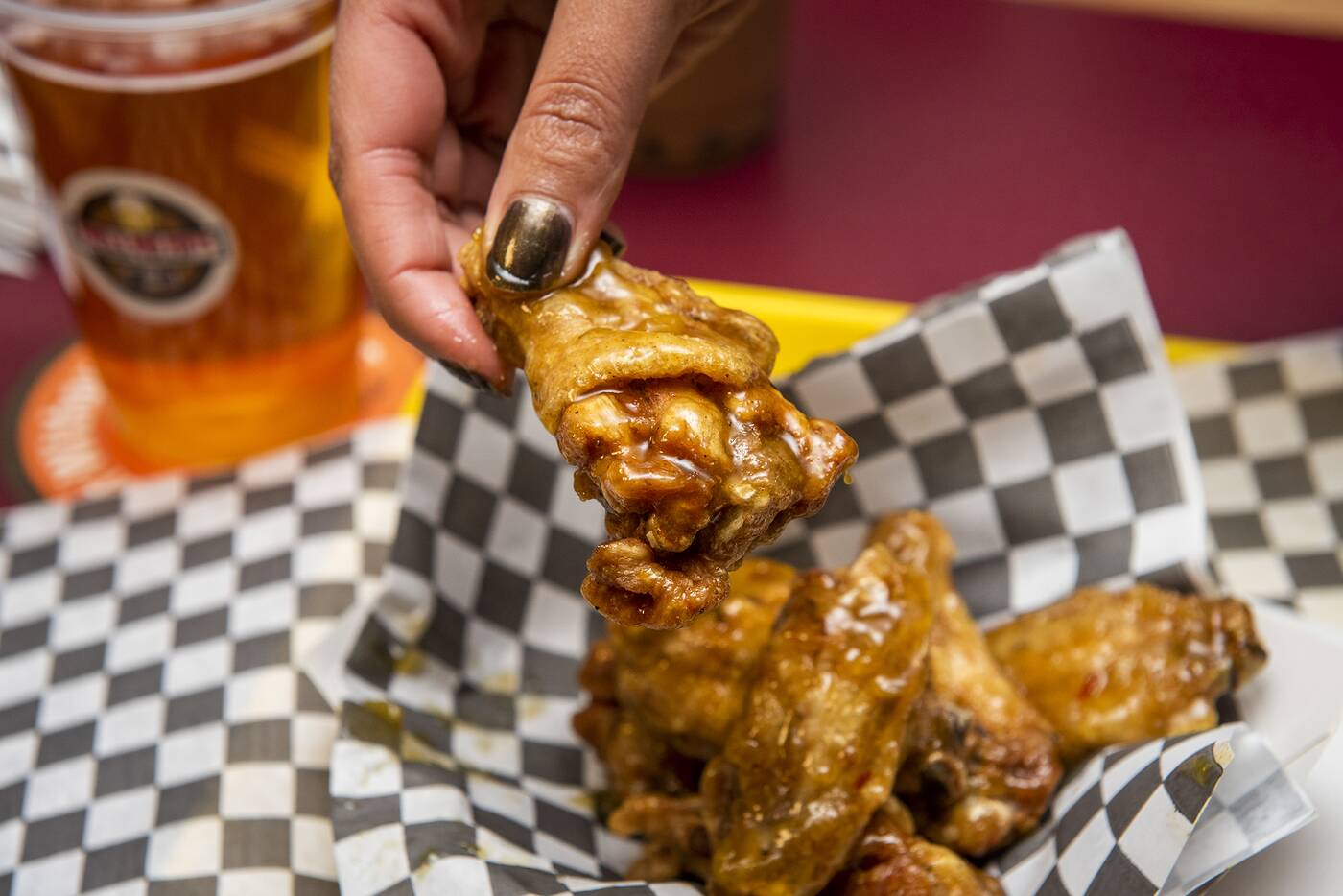 A spicy and sweet pineapple curry sauce is a little more out of the box. 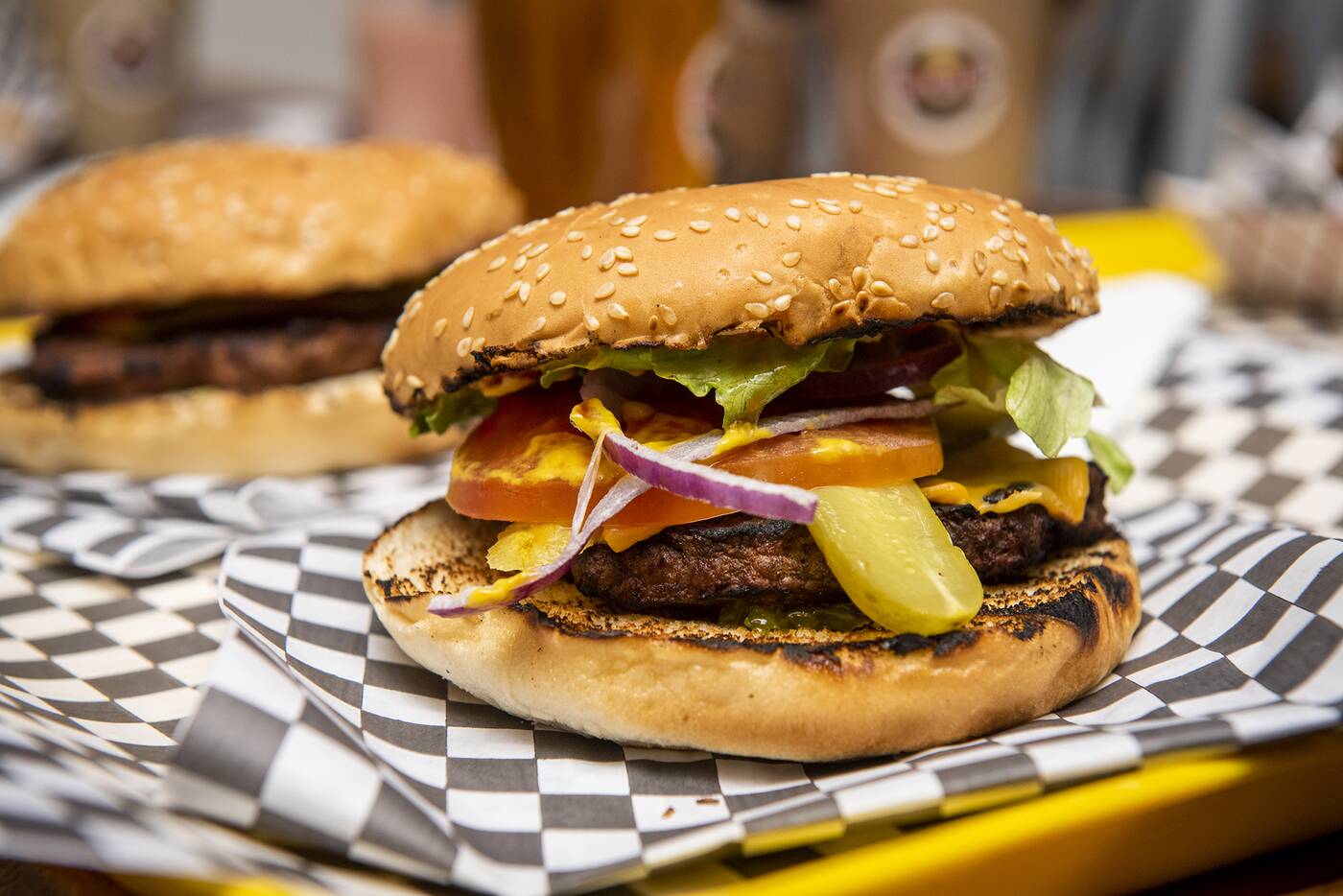 Burgers starting at $5.99 run along the lines of standard birthday party fare, thick, wide patties on toasted crusty sesame seed buns, though you can upgrade somewhat with the option for a BBQ onion ring burger ($7.99). 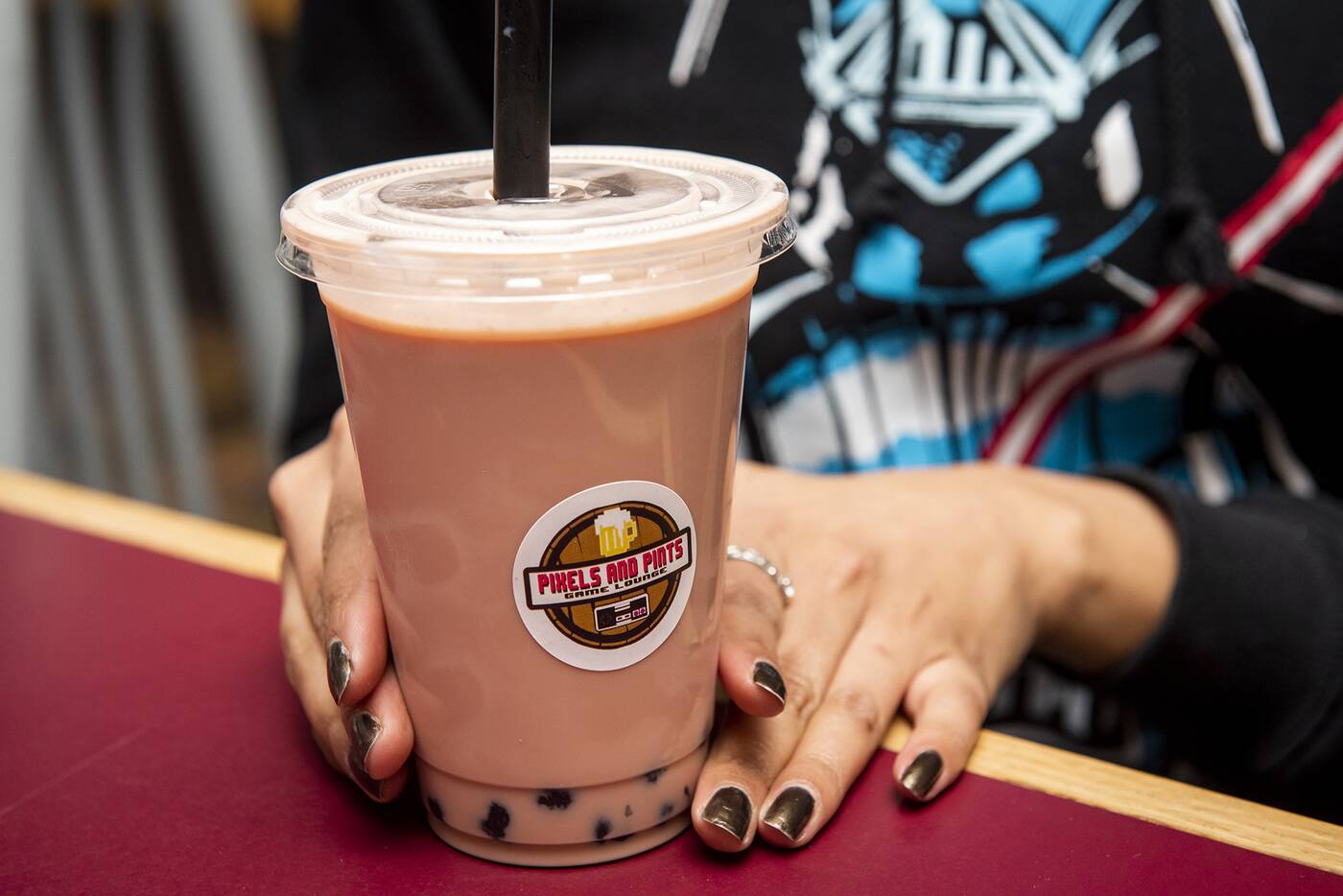 Multiple varieties of house-brewed boba ($3.50) include lychee, honeydew, watermelon and taro, with options for tapioca or other add-ins like popping strawberry boba. 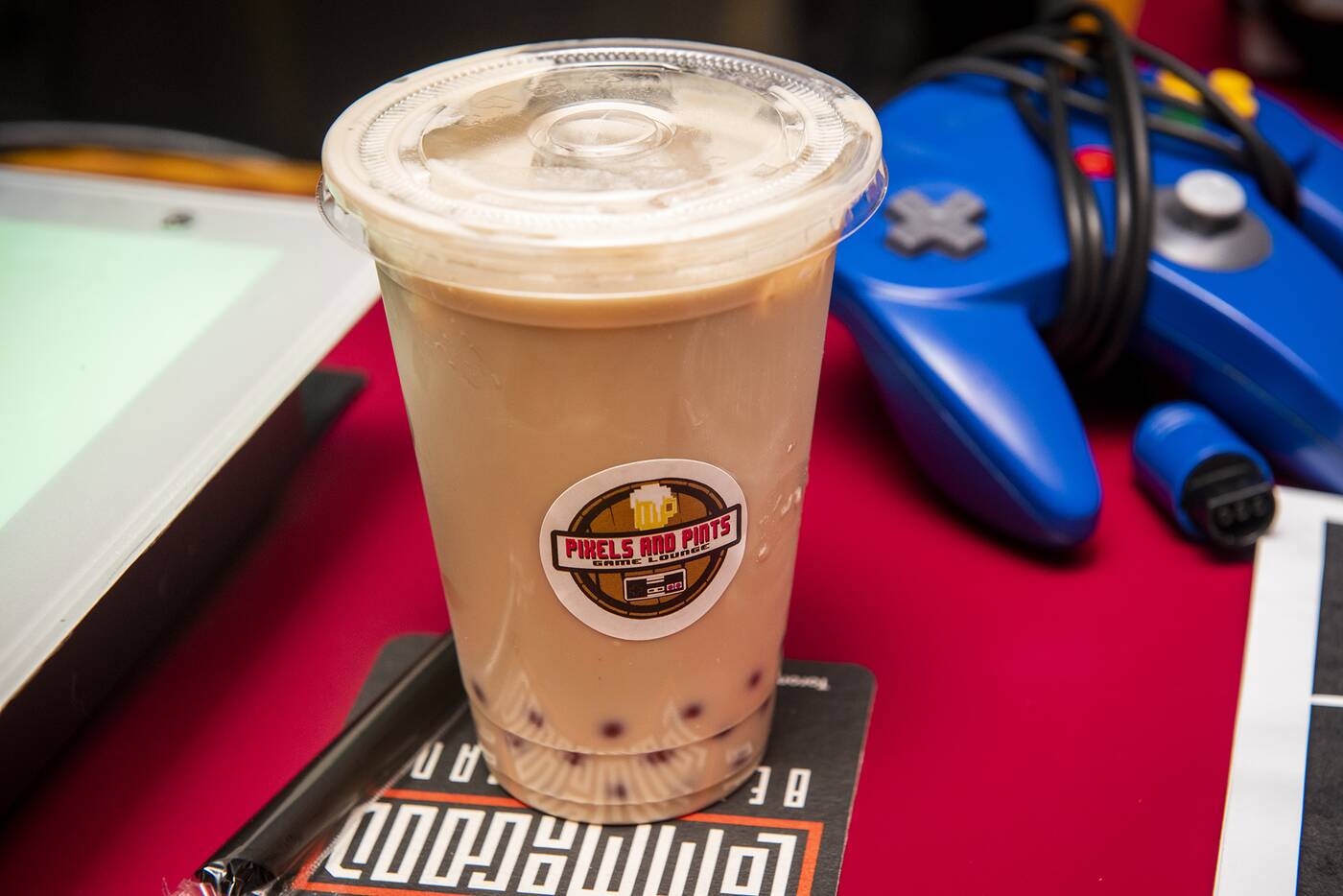 The lychee milk tea is quite floral and sweet, and the strawberry popping bubbles are tart and intense. Get creative and add bubbles to a mixed drink (a G&T, perhaps?) for a 50 cent upcharge. 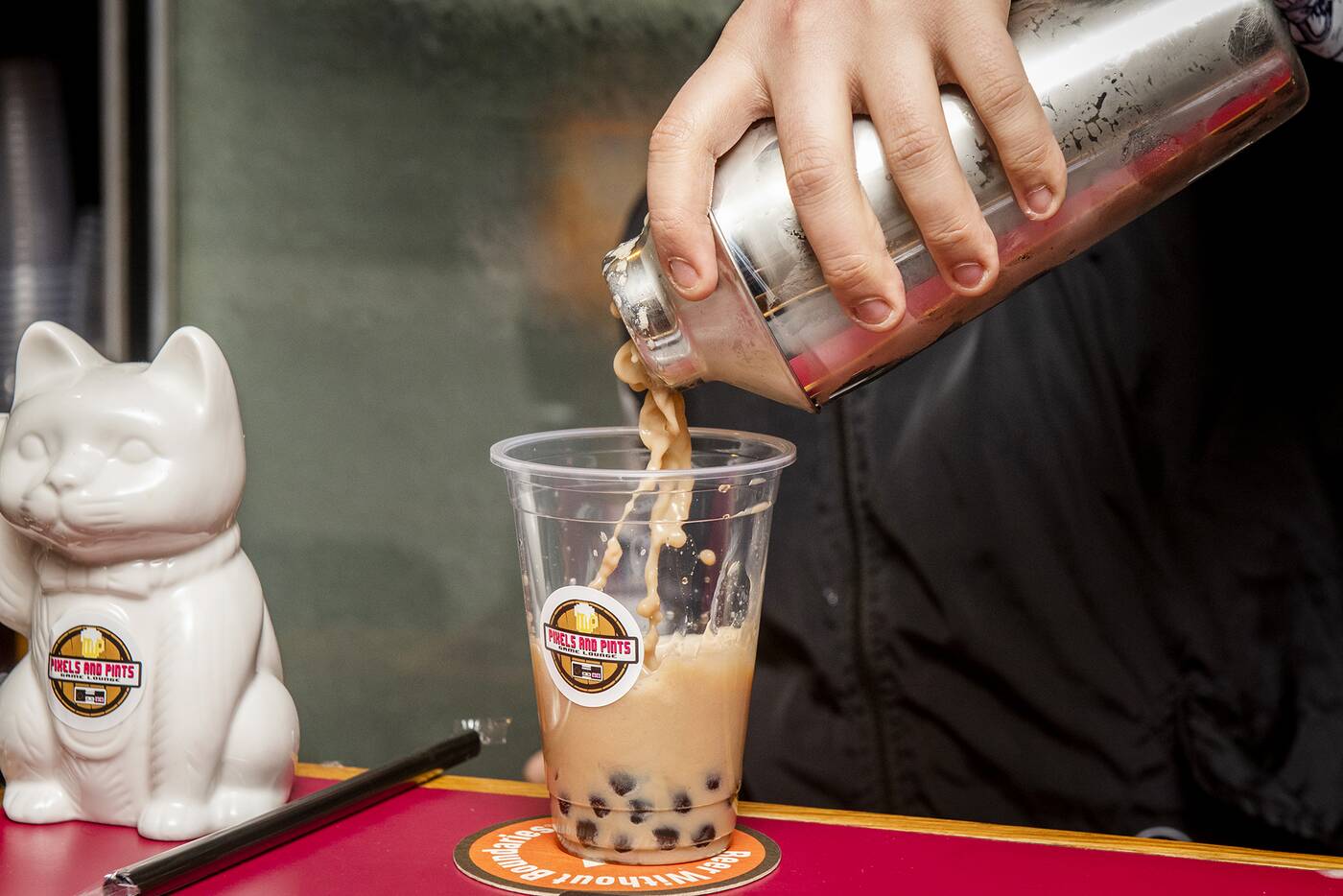 A “boozy boba” ($12) isn’t actually boba at all. Rather, it’s essentially a White Russian with Kahlua, vodka and Bailey’s with tapioca pearls in the bottom, successfully completing the illusion while also adding extra richness and texture. 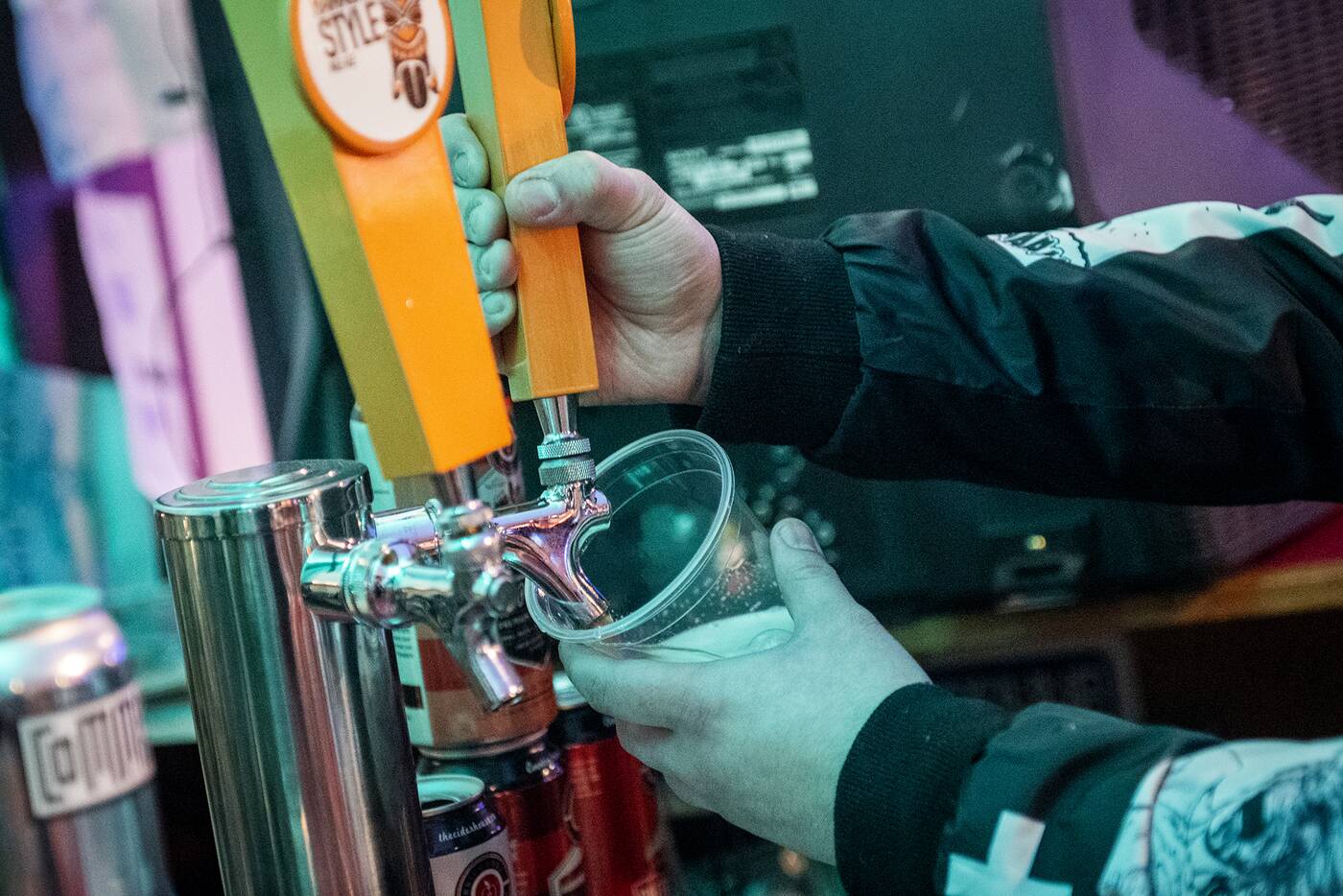 Spearhead made Pixels and Pints their own house “Gaming Lager” ($6), a light lager designed to be sessionable and for easy drinking. 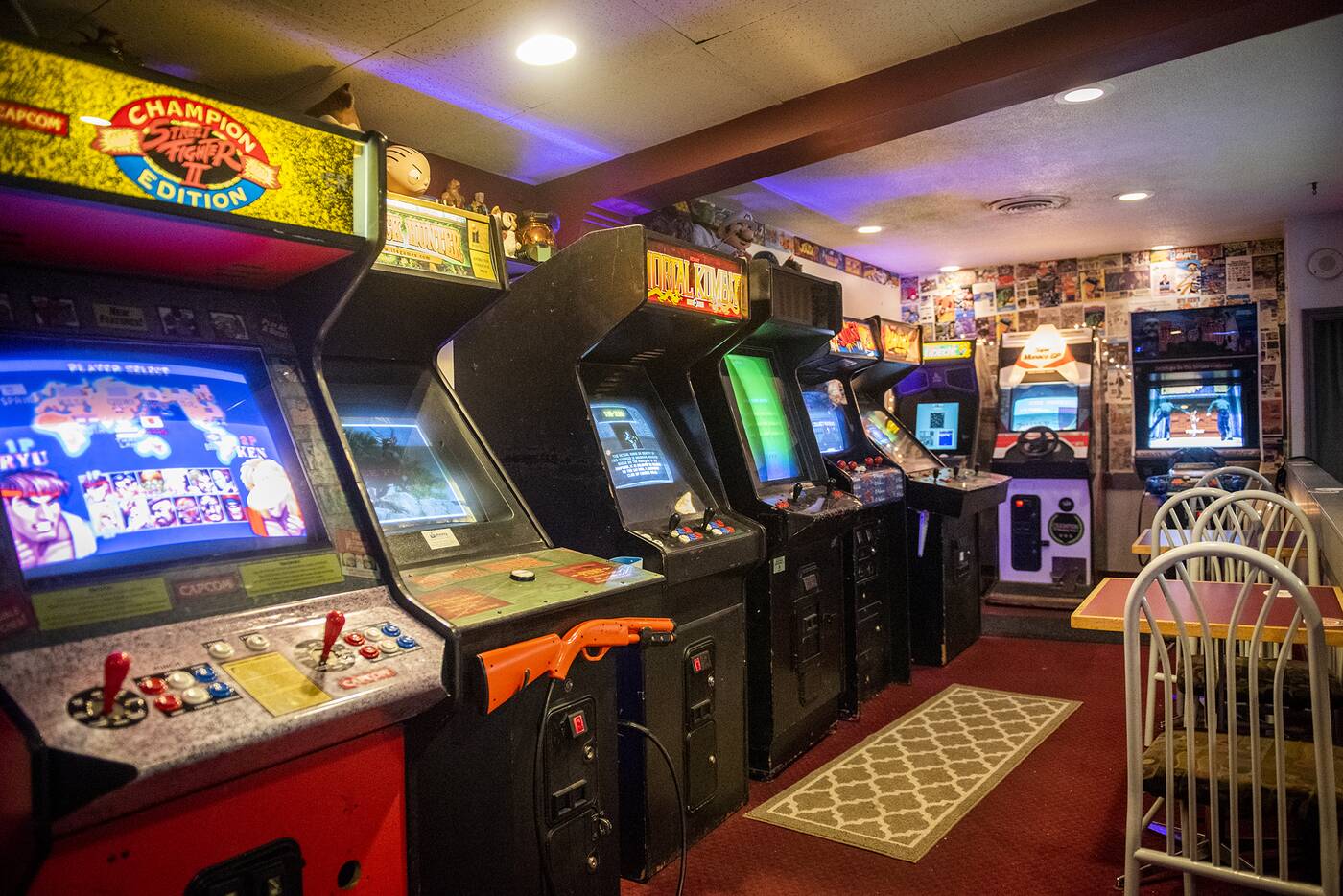 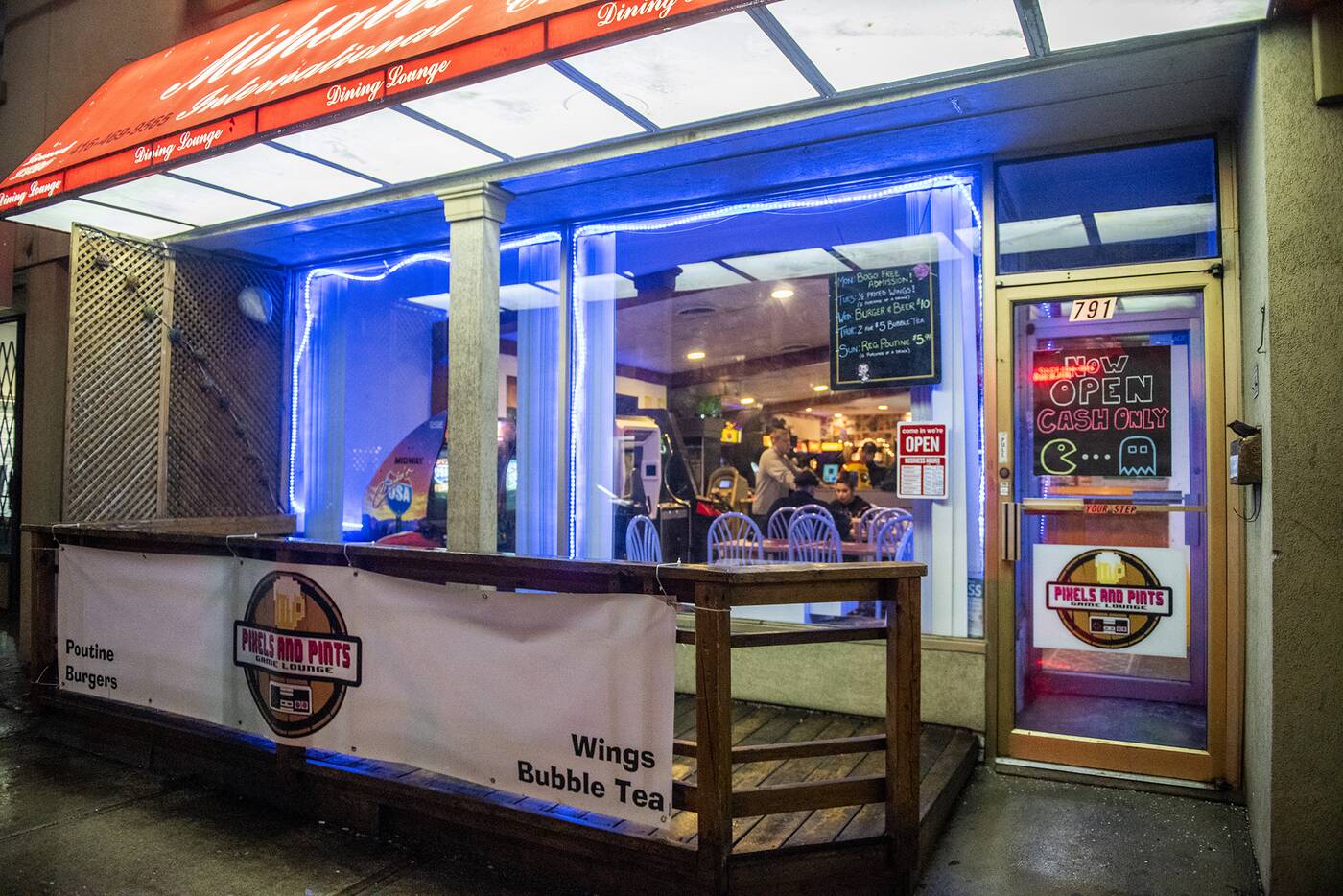