Sweaty Betty’s has been one of Toronto’s most notoriously packed dive bars for over 20 years, so the name seems fitting.

It’s now owned by the woman who’s been managing here nearly that entire time, May Brand. She’s also spent time behind the bar at the Gladstone and Beaver nearby. 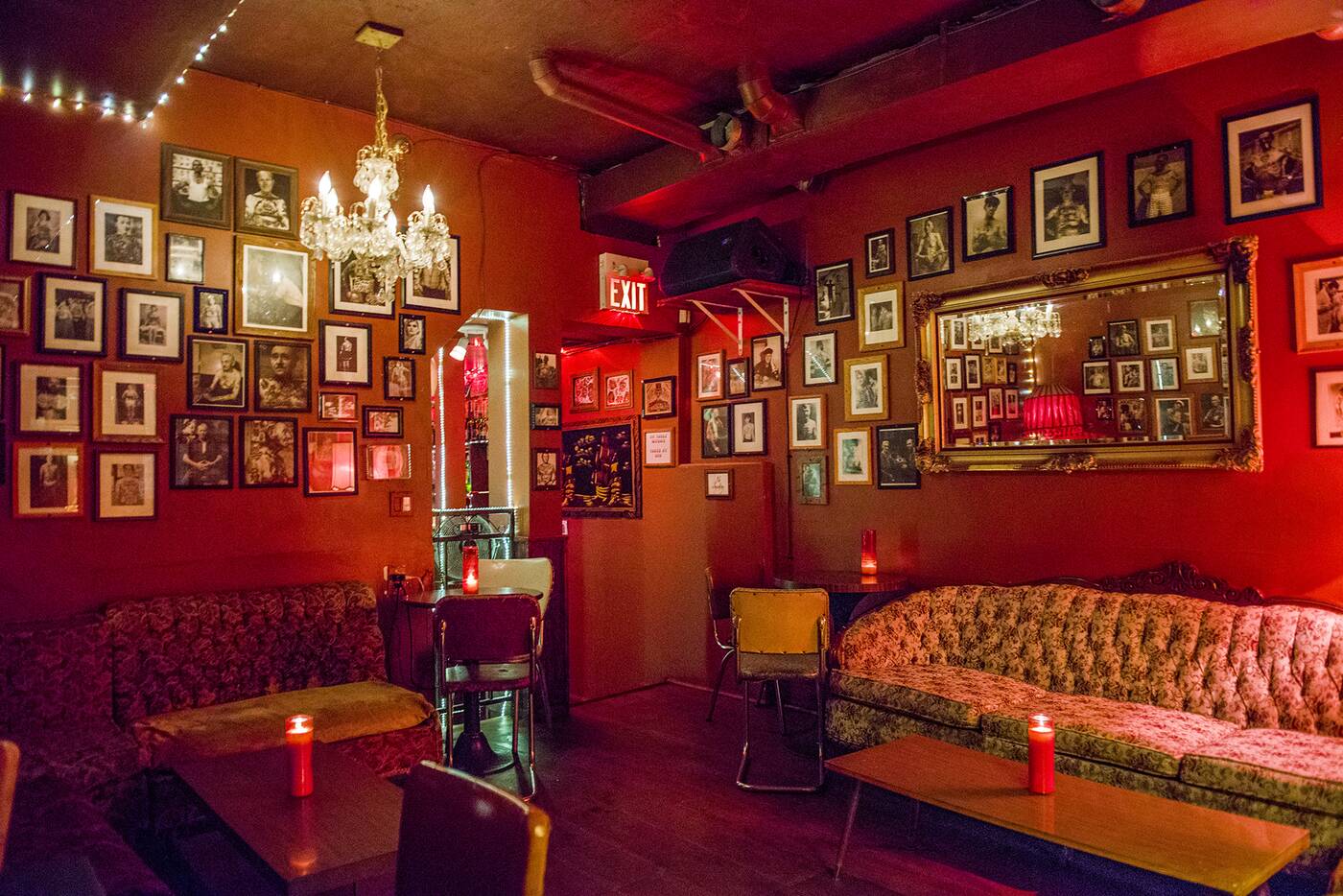 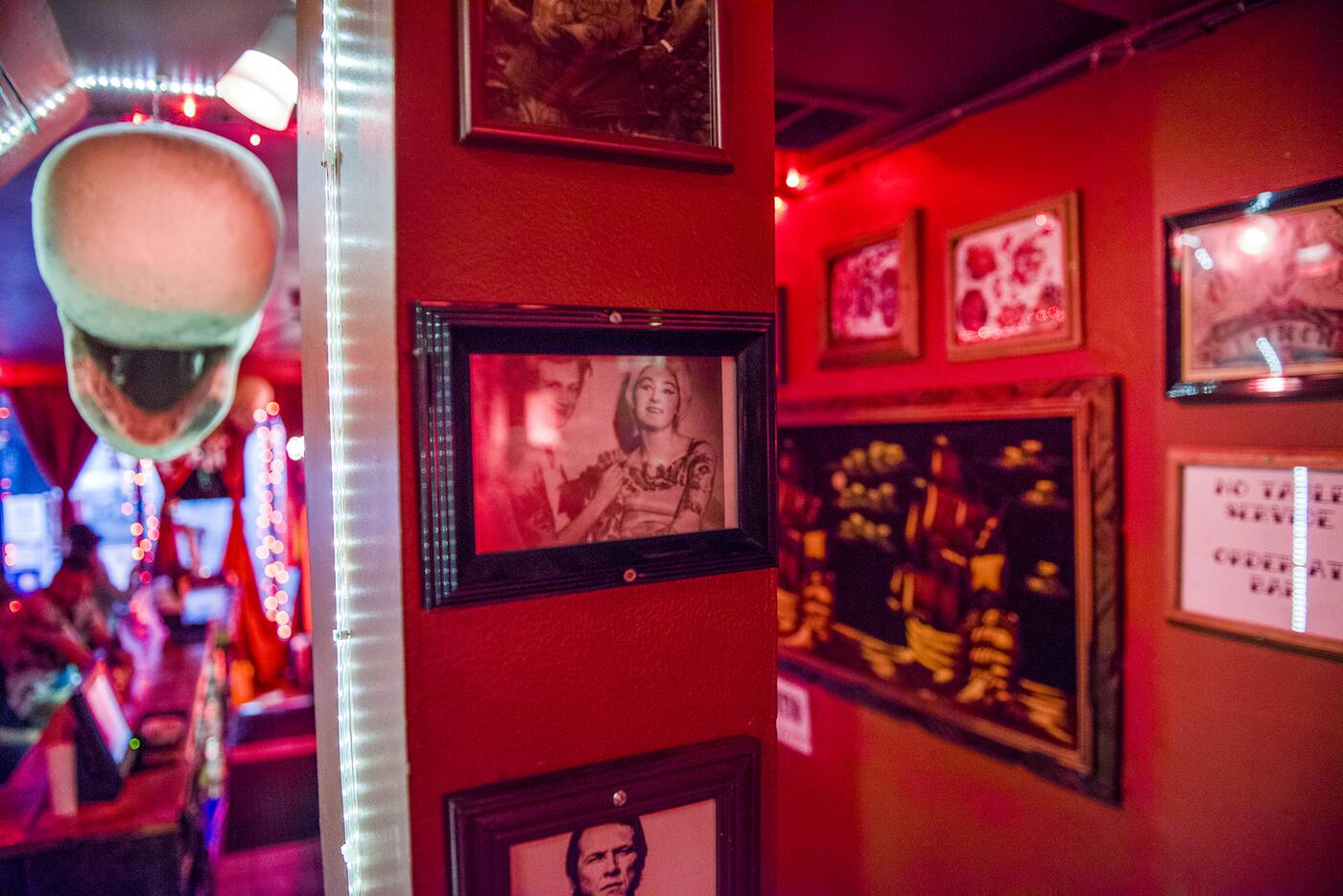 It almost serves to ward away the uninitiated from the choice areas beyond, including a back room with couches, frames on the walls in here filled with portraits. 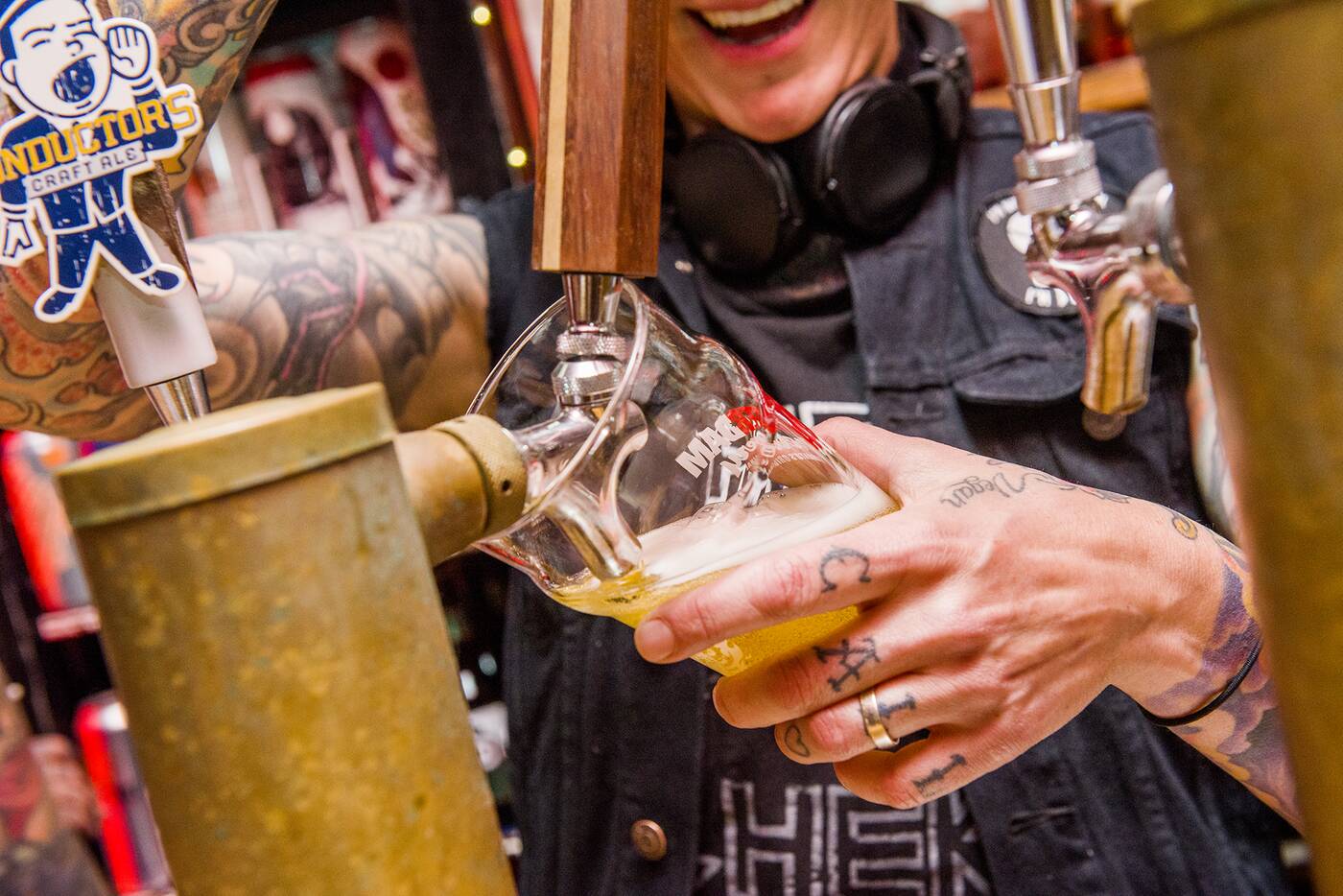 In typical dive bar fashion it’s predominantly beer and whisky, and Betty’s has always boasted a good selection of the brown stuff for a small bar. 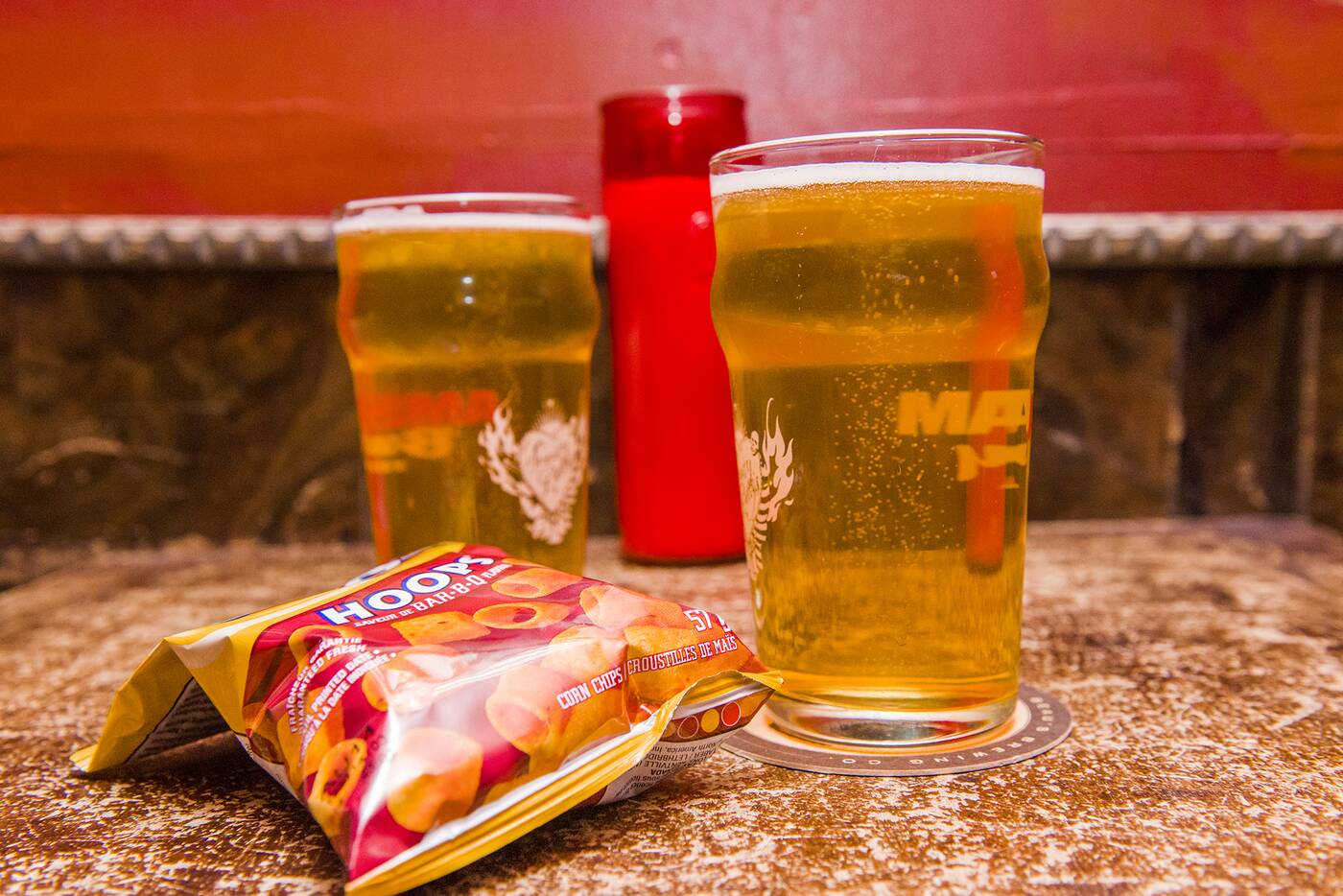 Pulling pints of craft beer like Amsterdam, Creemore and Beau’s since before it was everywhere, their inventory has changed a lot over the years, now incorporating cocktails whereas previously the word alone was blasphemy. 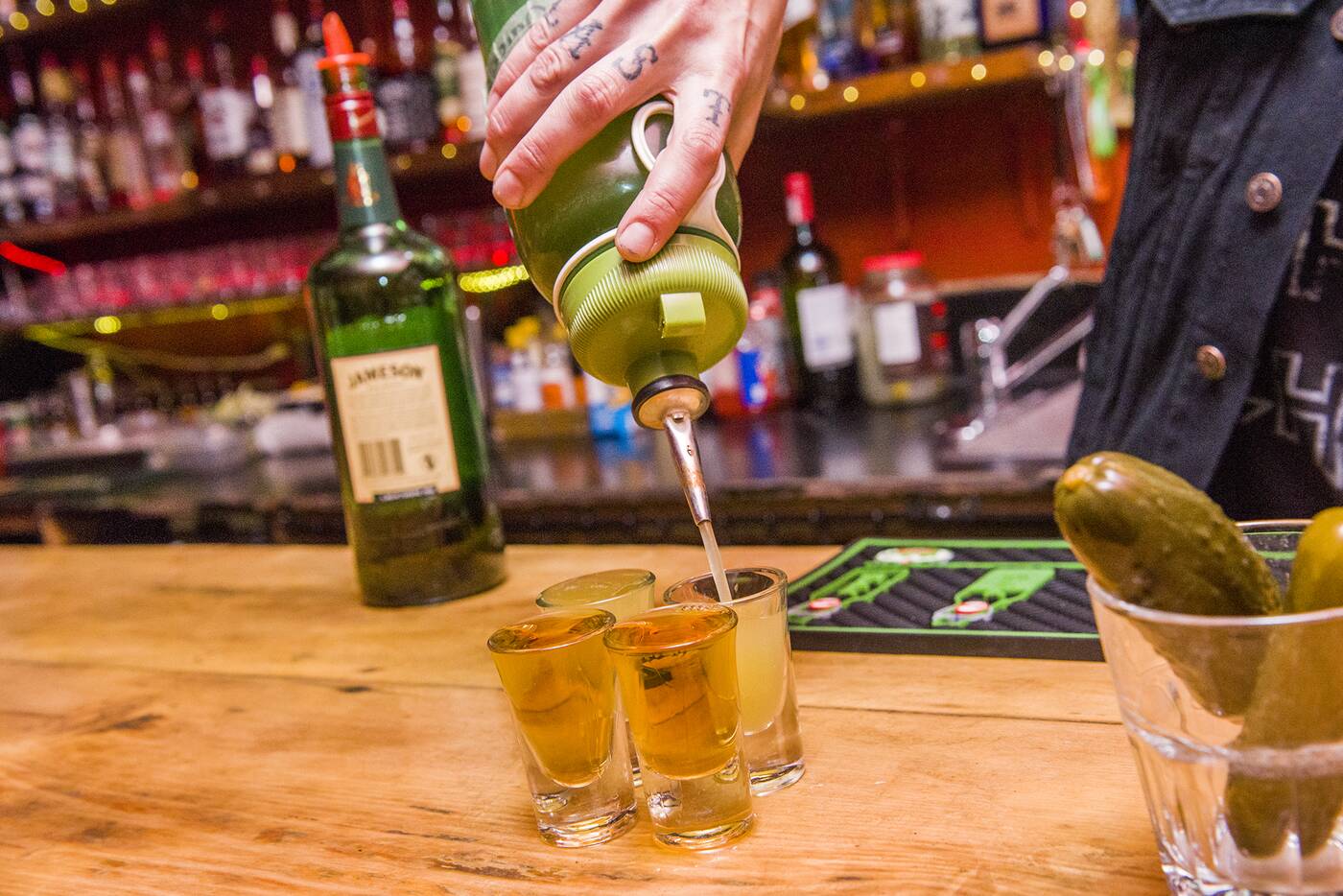 They’re known for their “pickleback” shots ($6.25), a shot of whisky followed by a shot of pickle brine (which, yes, has really been used for pickling). 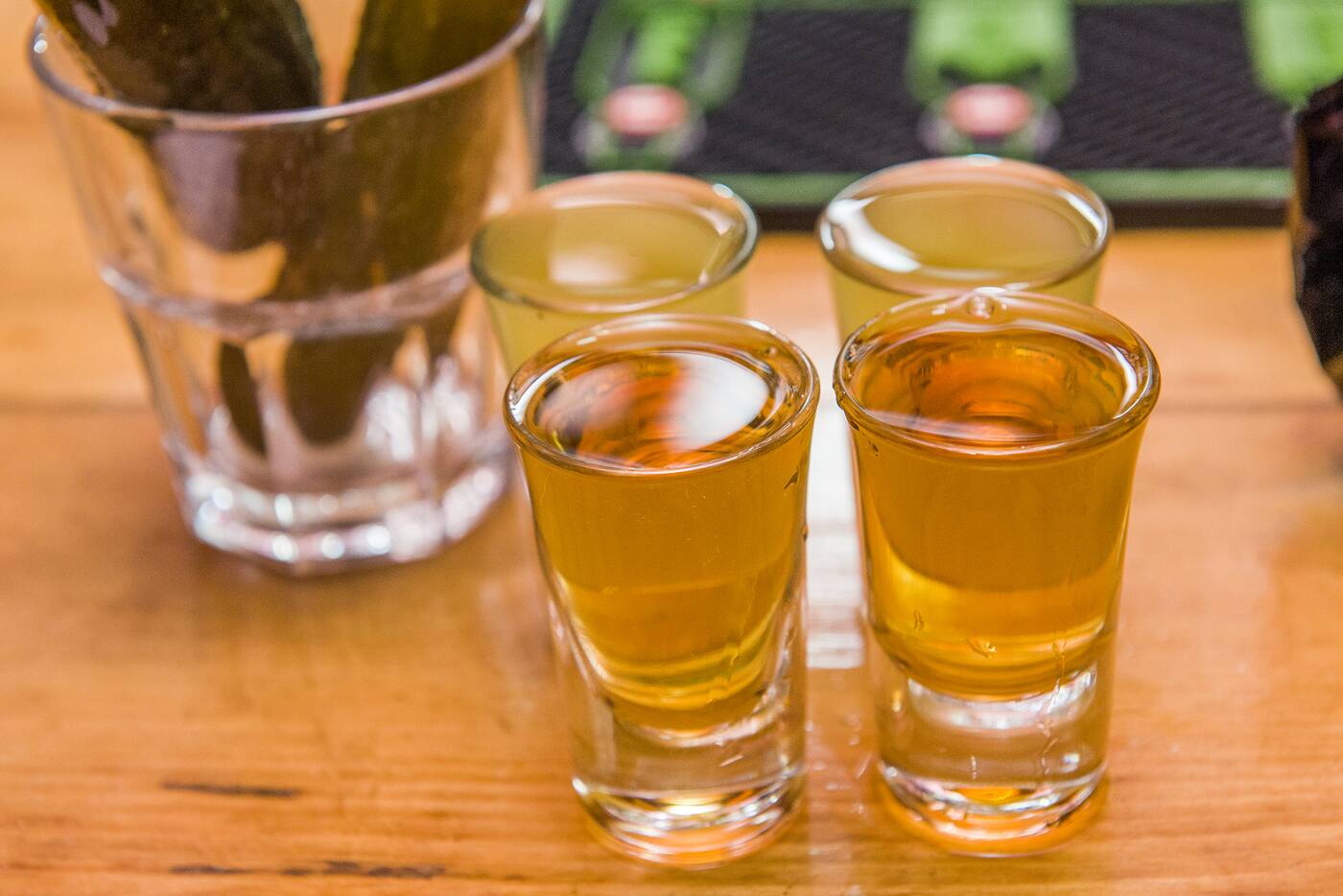 This cuts the sharpness of the whisky, and though the combination may seem odd at first it actually became so popular at one point they had to take it off the menu because they couldn’t make enough brine. 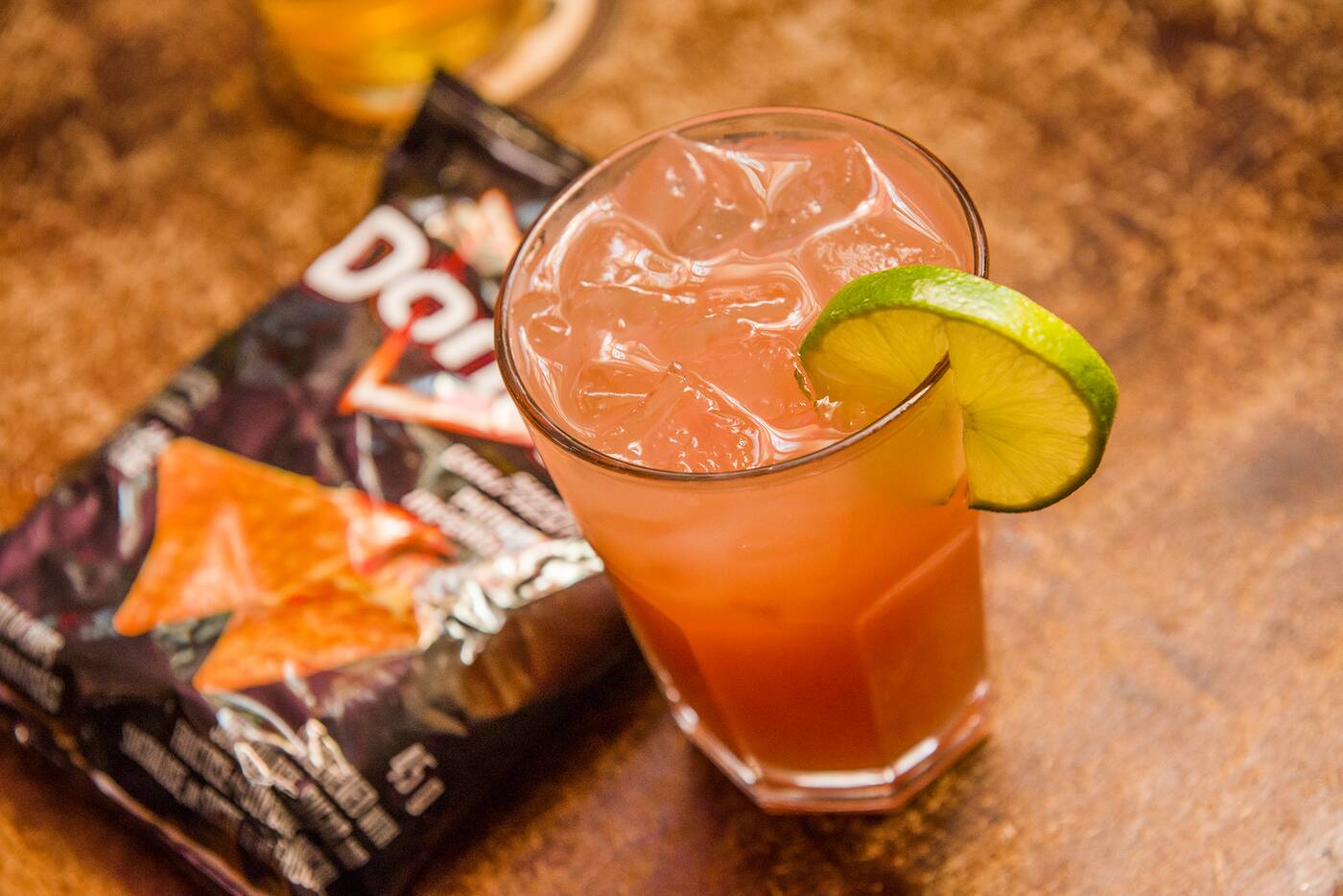 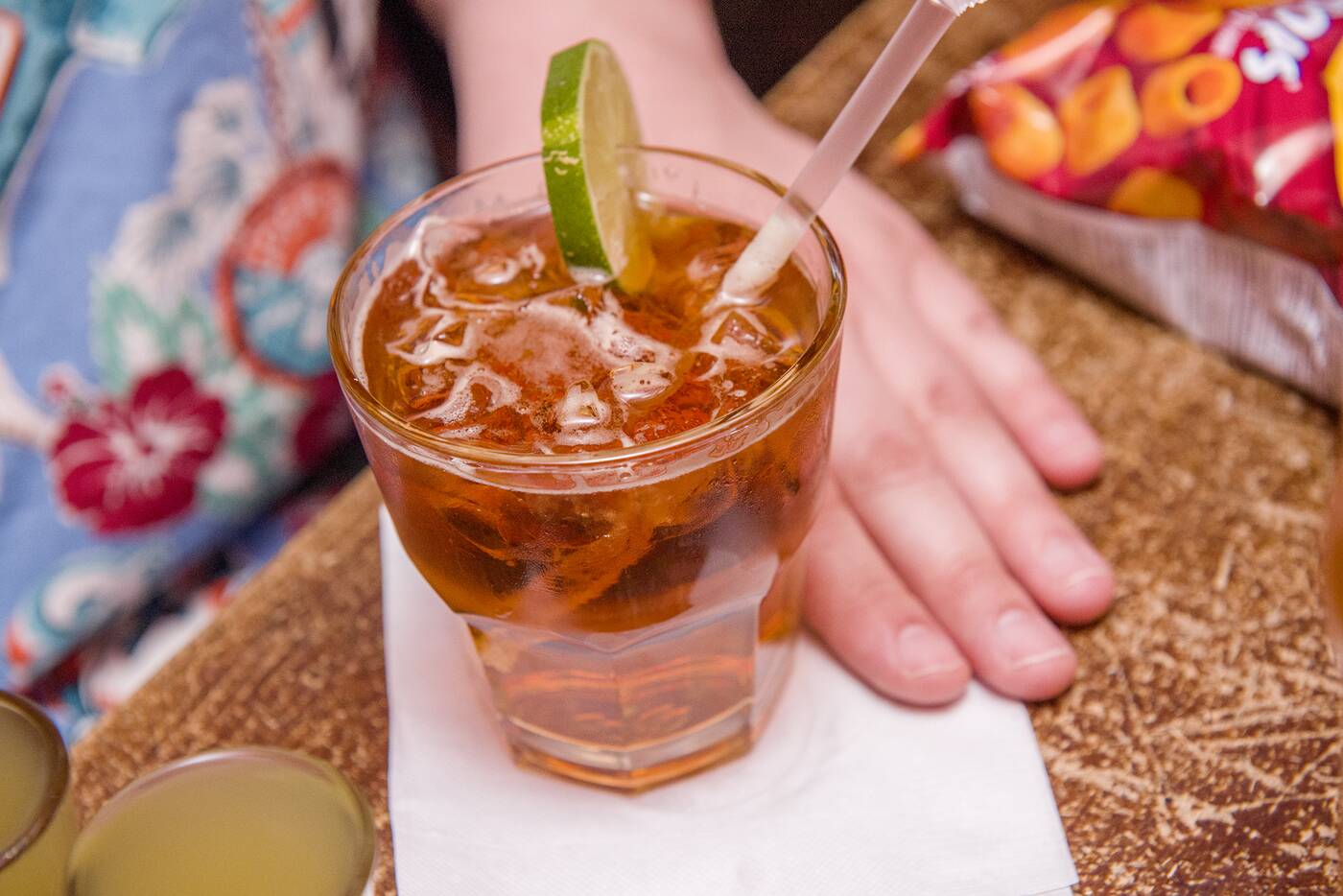 Dark & Stormys ($8.25) are especially popular. Rum and ginger beer are simply combined for a spicy take on the iconic cocktail, served in a squat glass with the option of a biodegradable corn bendy straw. 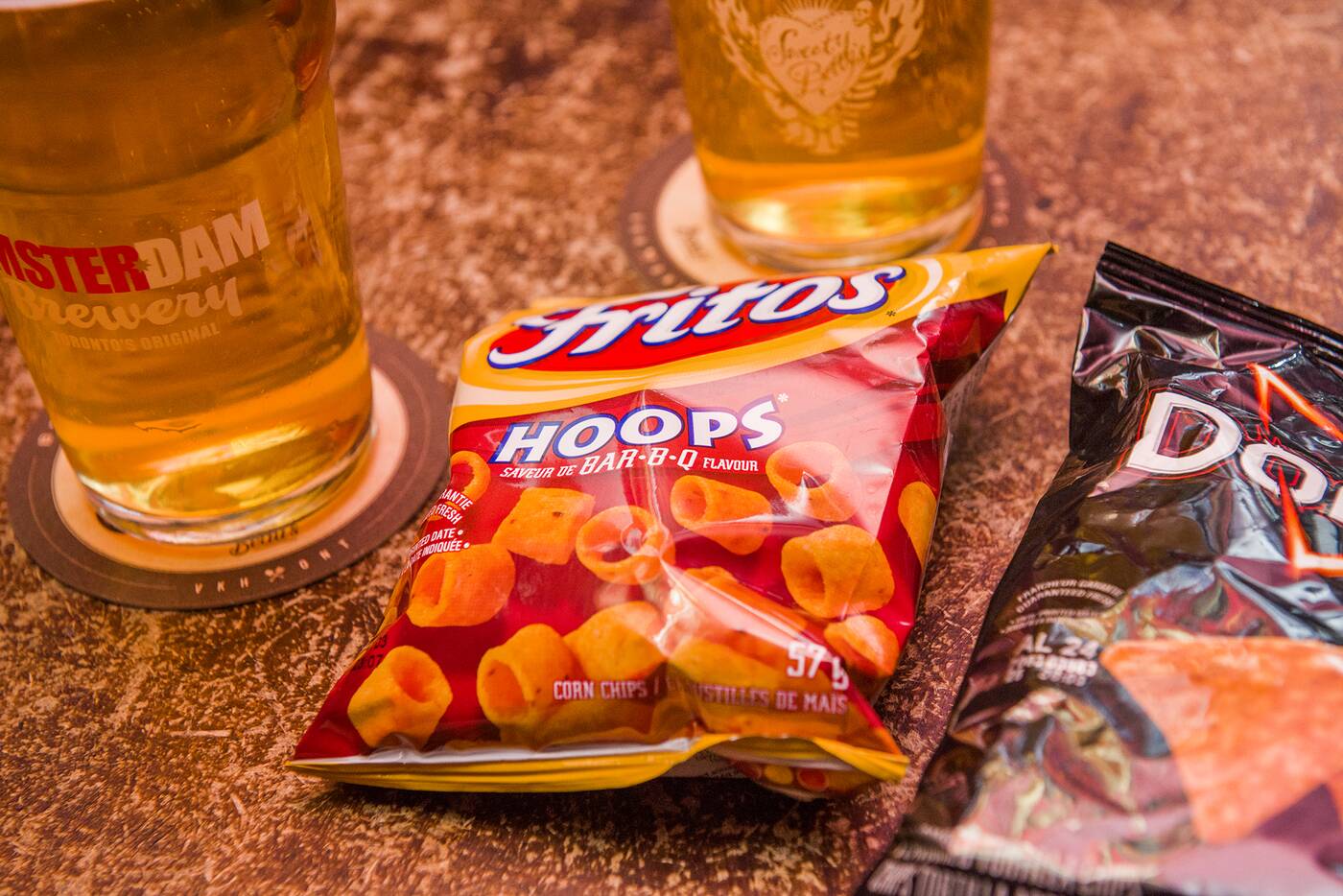 Brand herself is vegan, and actually part of local vegan cheese company Ladyship. Though limited to bare-bones bags of chips, care is taken to stock snacks free of animal products such as Fritos and Sweet Chili Heat Doritos. 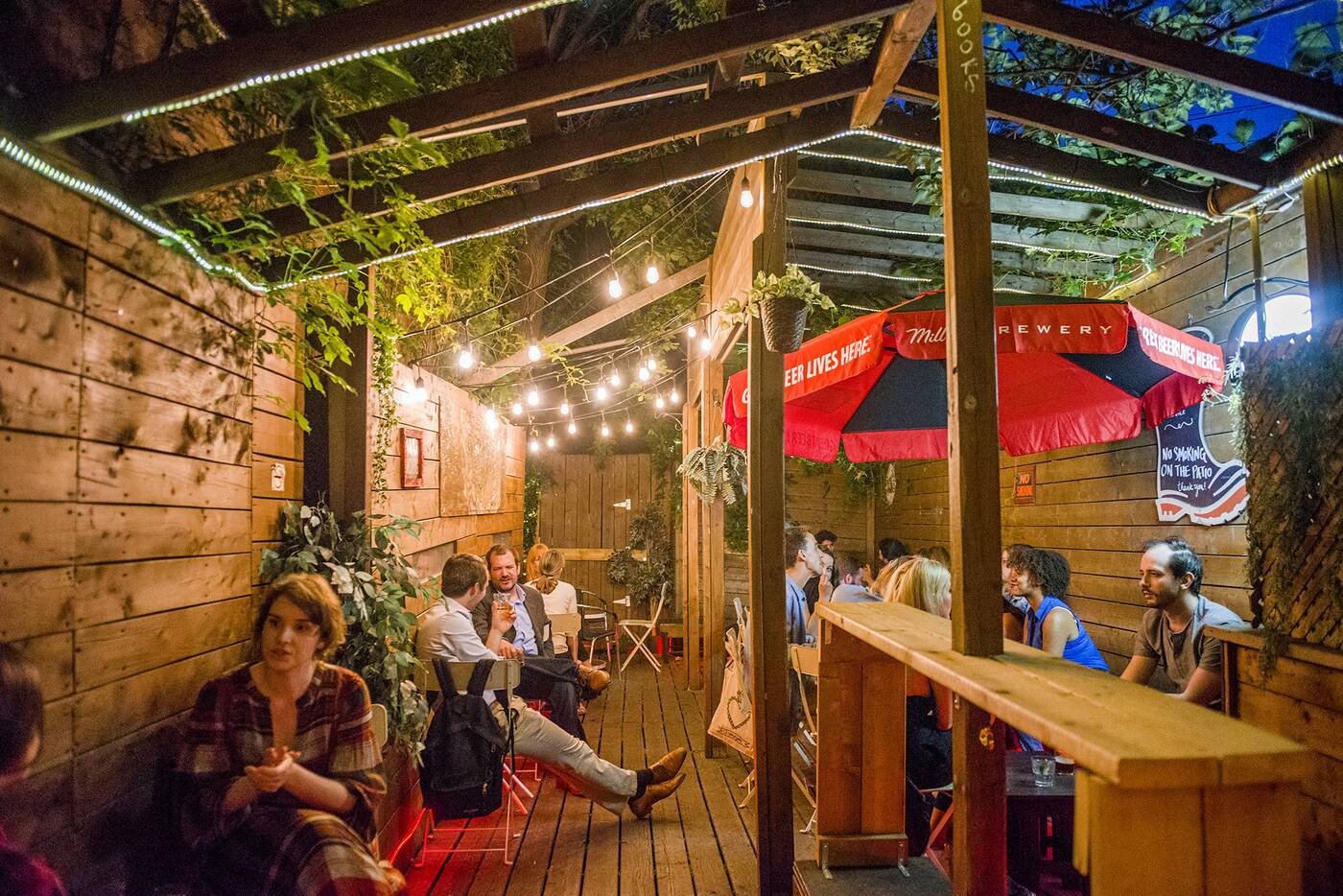 A back patio basically doubles the capacity. Since a female carpenter friend of Brand’s was able to redo the entire deck thanks to a successful fundraiser, spots out here are more coveted than ever. 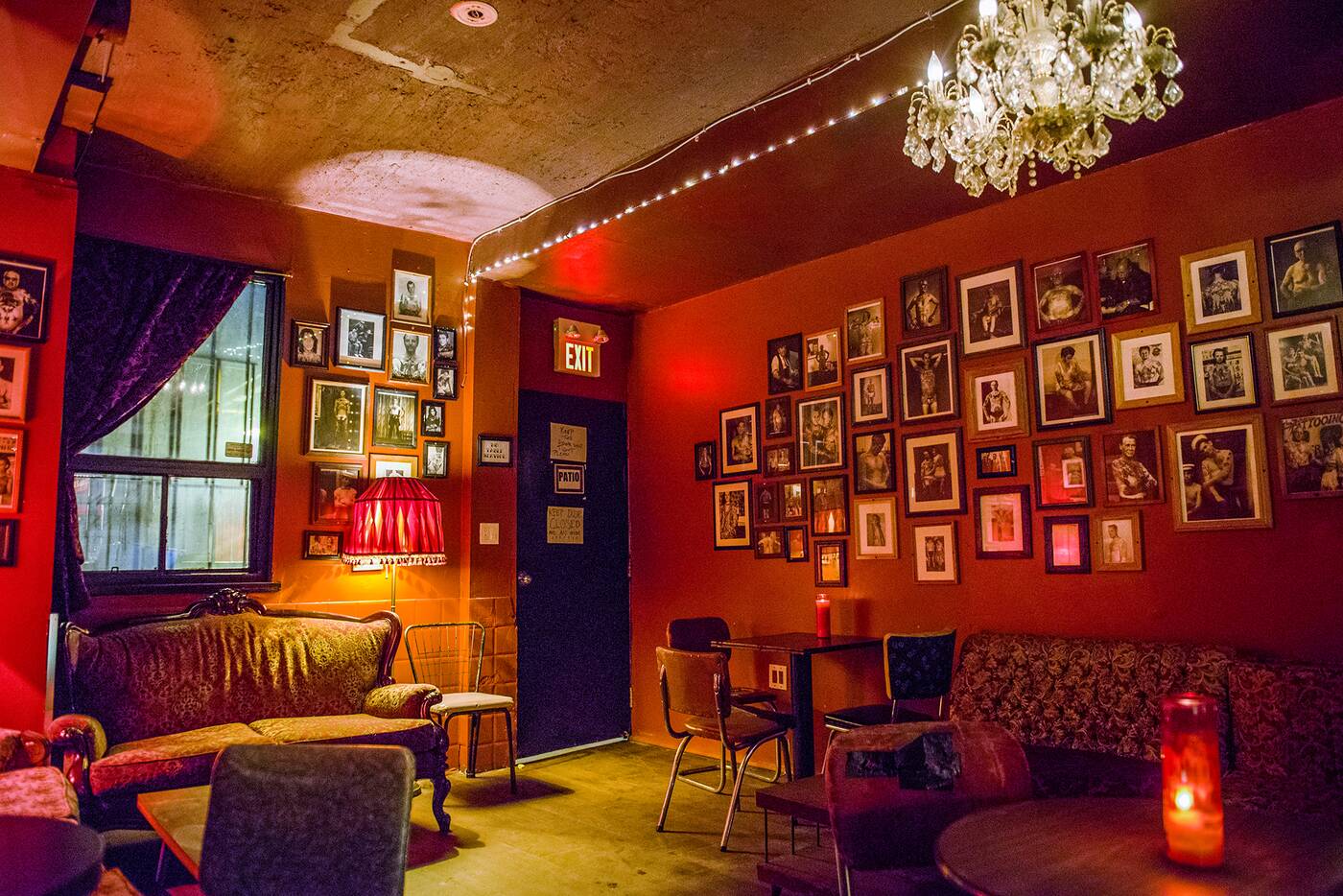 Betty’s was one of the first bars on this street, and while Brand hopes to keep one of the many cultural landmarks in Toronto that are disappearing from slipping away, she also welcomes in a new era of enjoying the spot as a safe space. 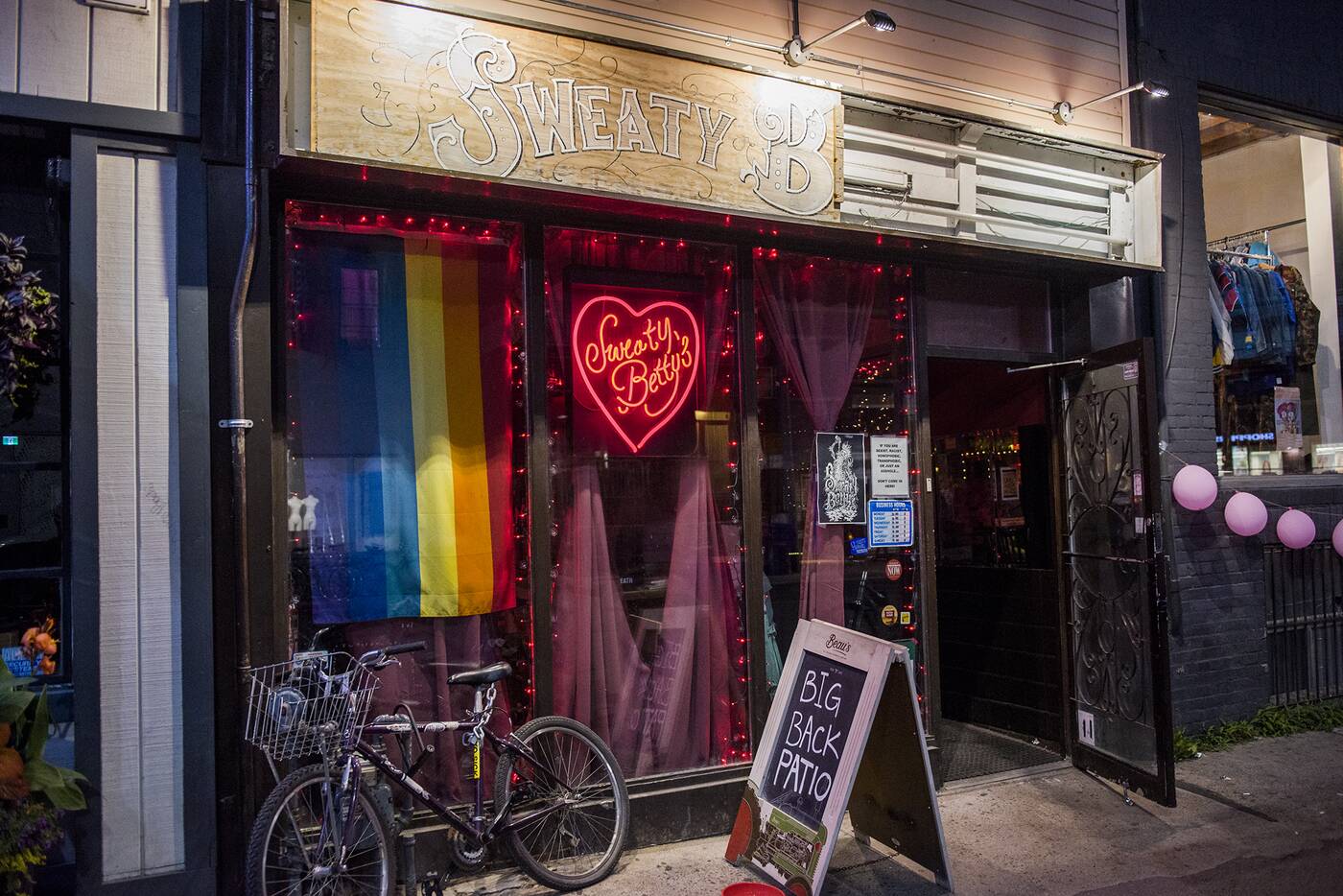