Hank's Liquor is open for socially distanced indoor drinking, has a CafeTO curb lane patio and takes down contact tracing information for all guests.

Hank's Liquor has taken over the subterranean space that was once home to Unlovable, with much of the same nitty-gritty dive bar feel.

Owners Greg Bain and Krista Tobias also run Ted's Collision, which has been around for 25 years. 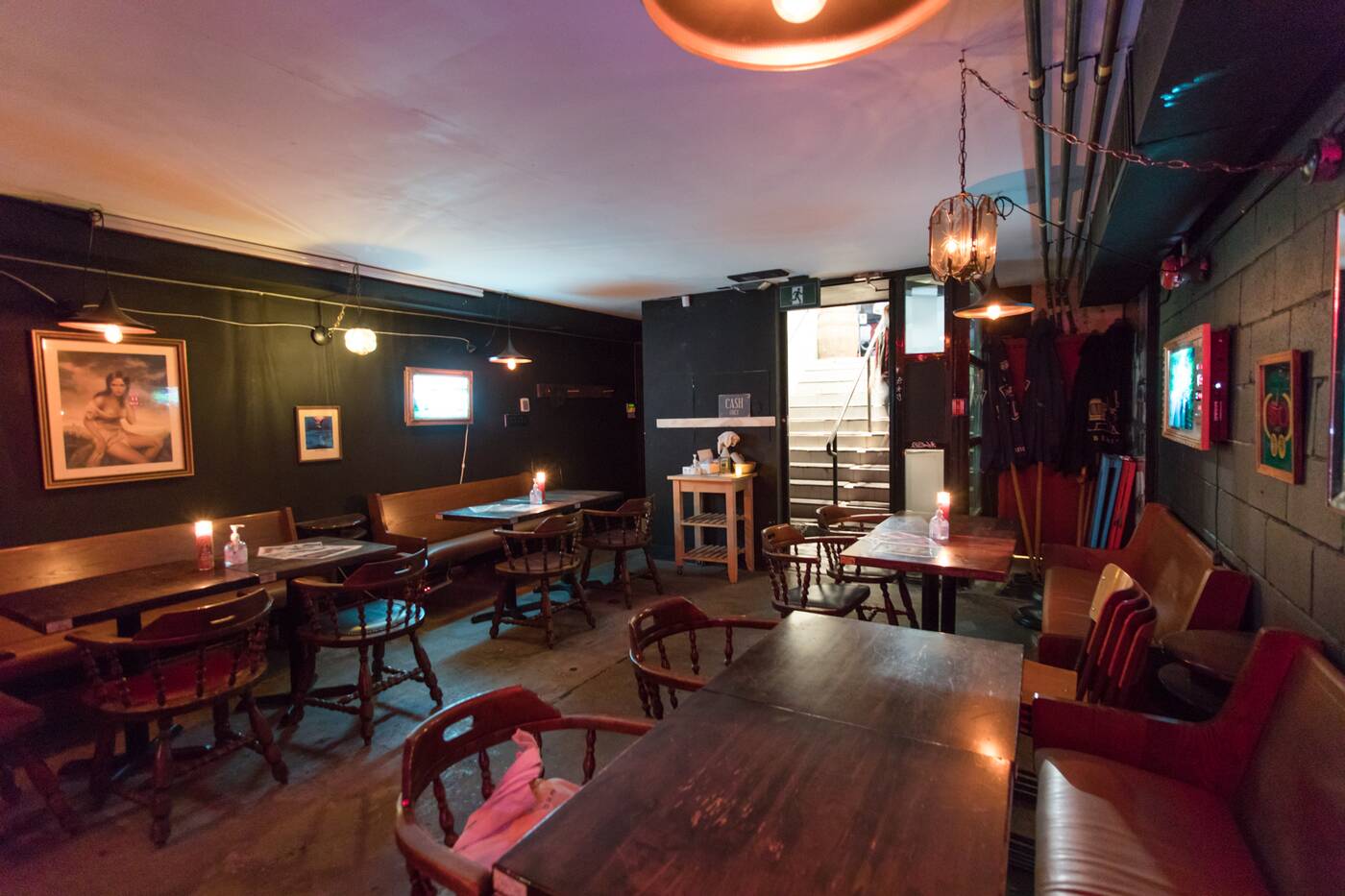 There is no actual Hank, the name intended to invoke a blue collar, little guy, informal, straightforward vibe. 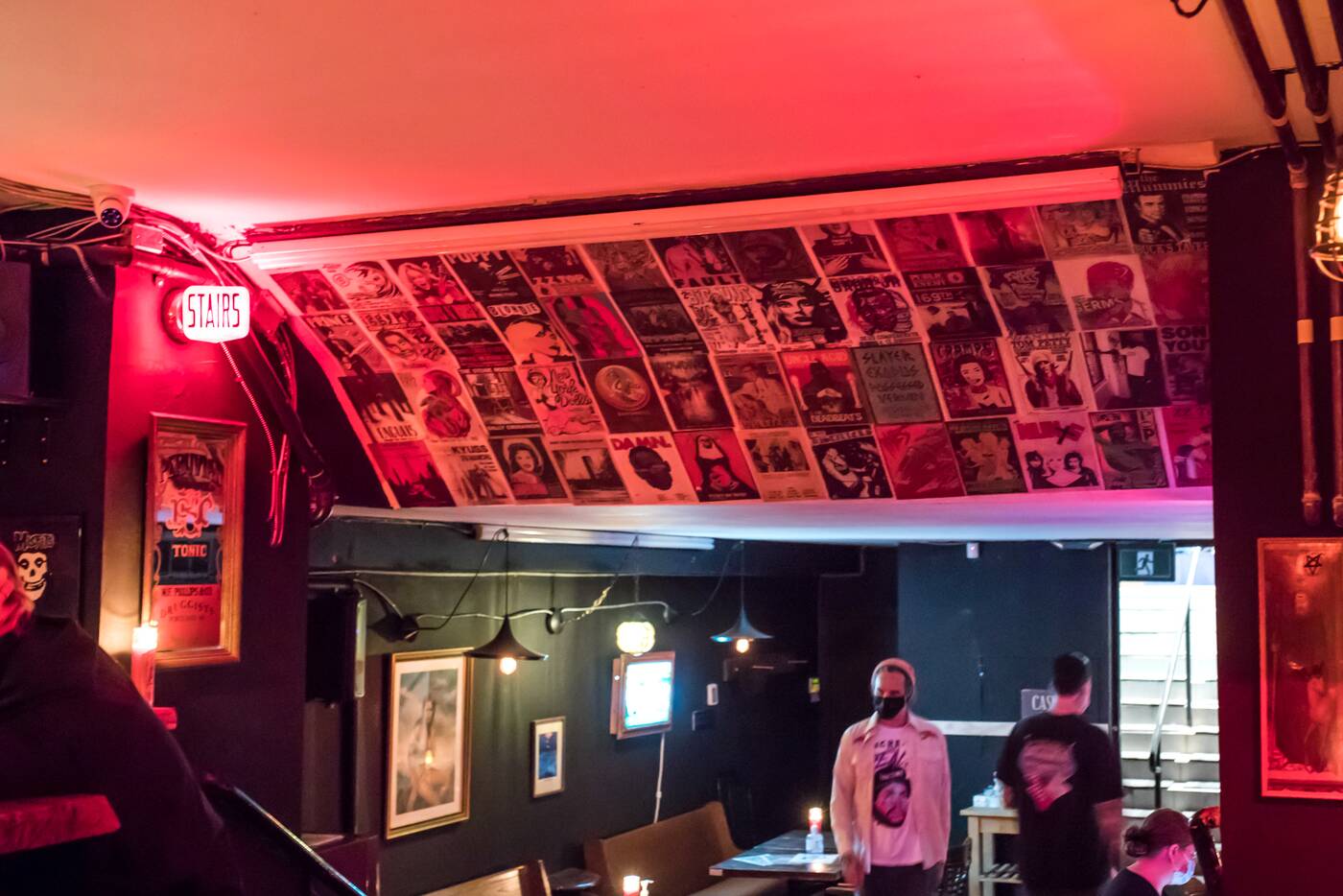 The space is inspired by ruin bars in Budapest and hidden basement bars in Paris. 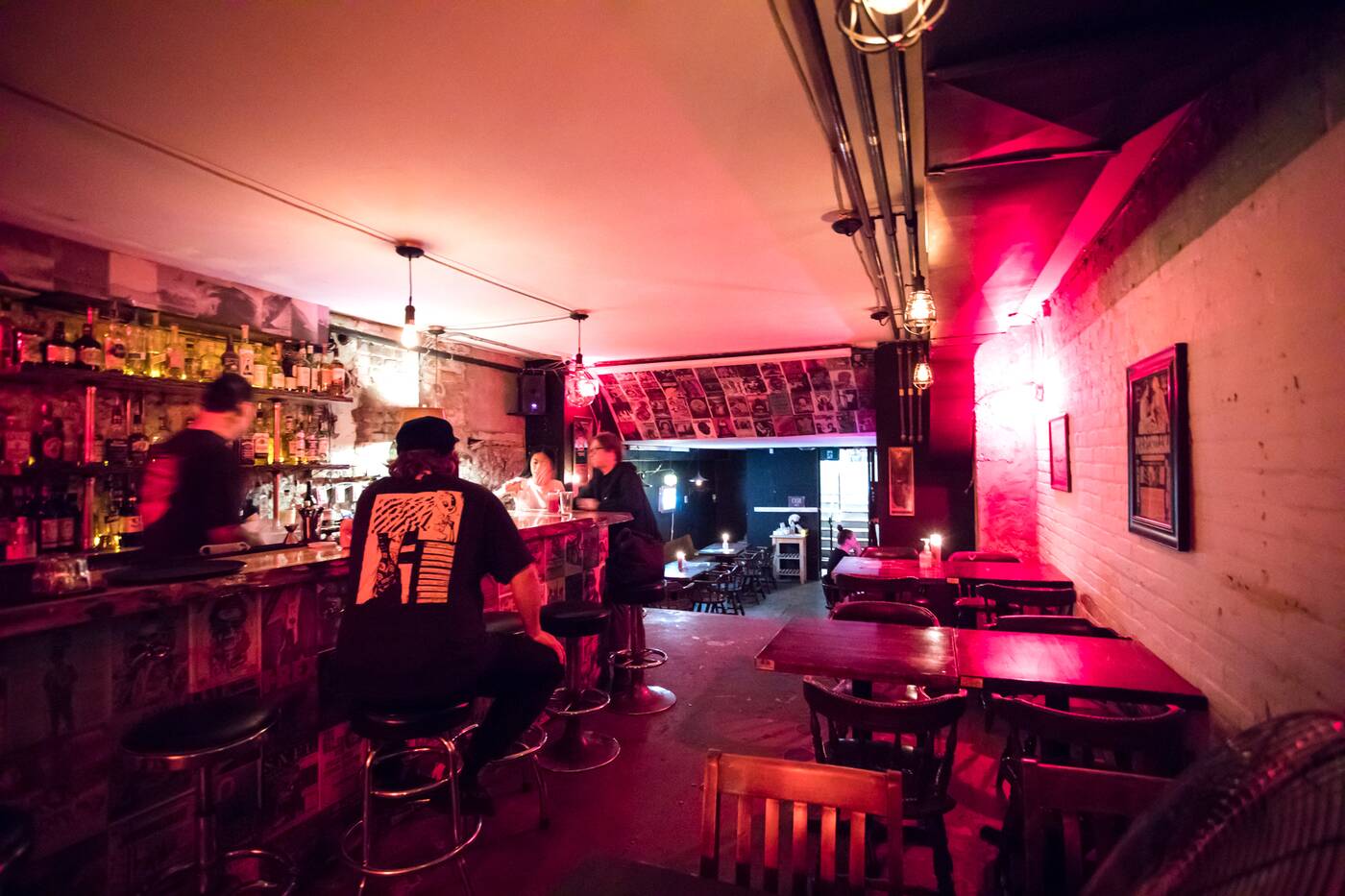 The DJ booth may be gone, but everything about this place still revolves around good music, from the eclectic selection that plays inside to posters and ticket stubs plastered everywhere. 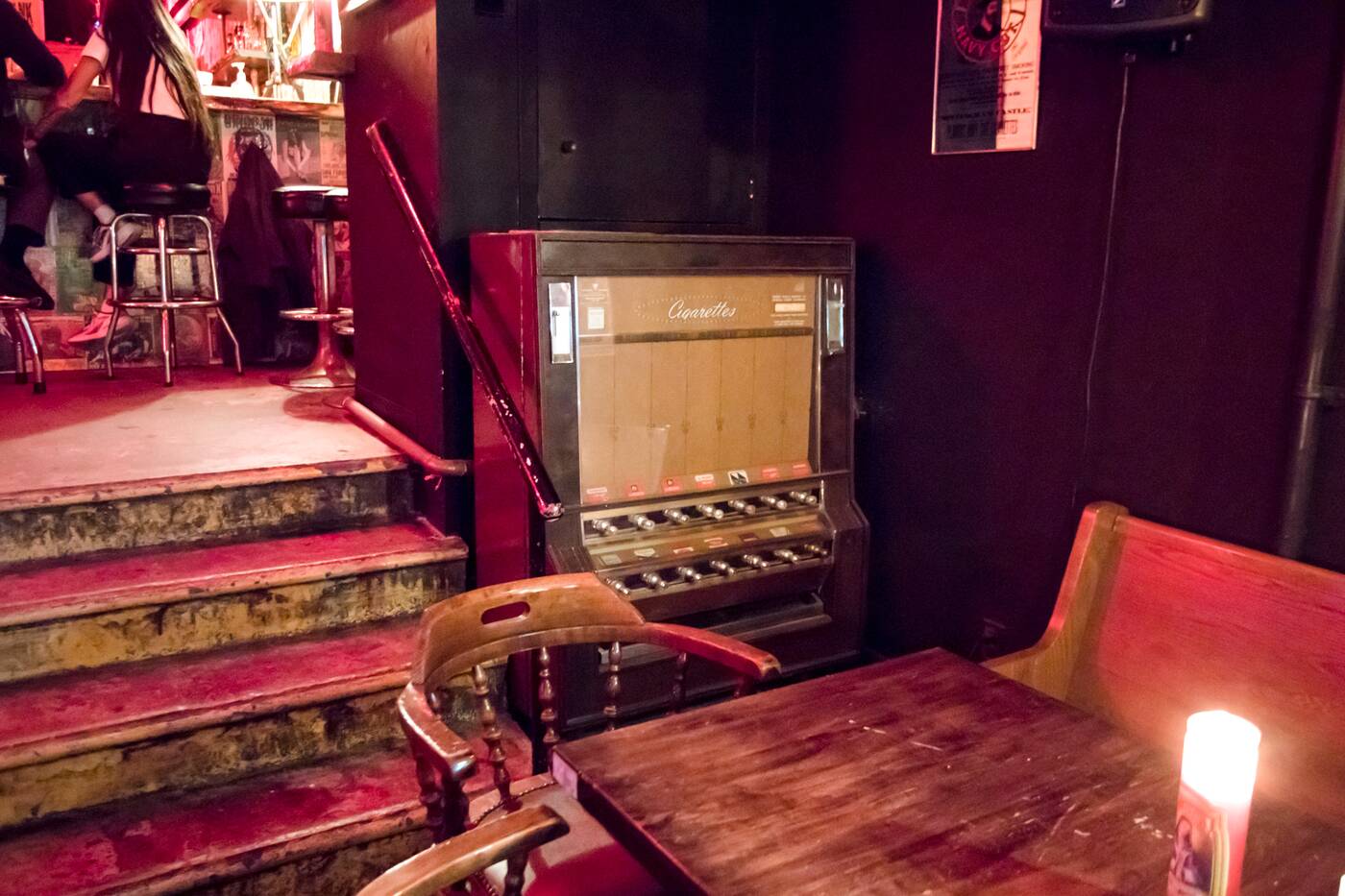 Pretty much everything in the space has been pre-loved, including finds like an old cigarette machine and wooden fridge with a draft system now built into it. 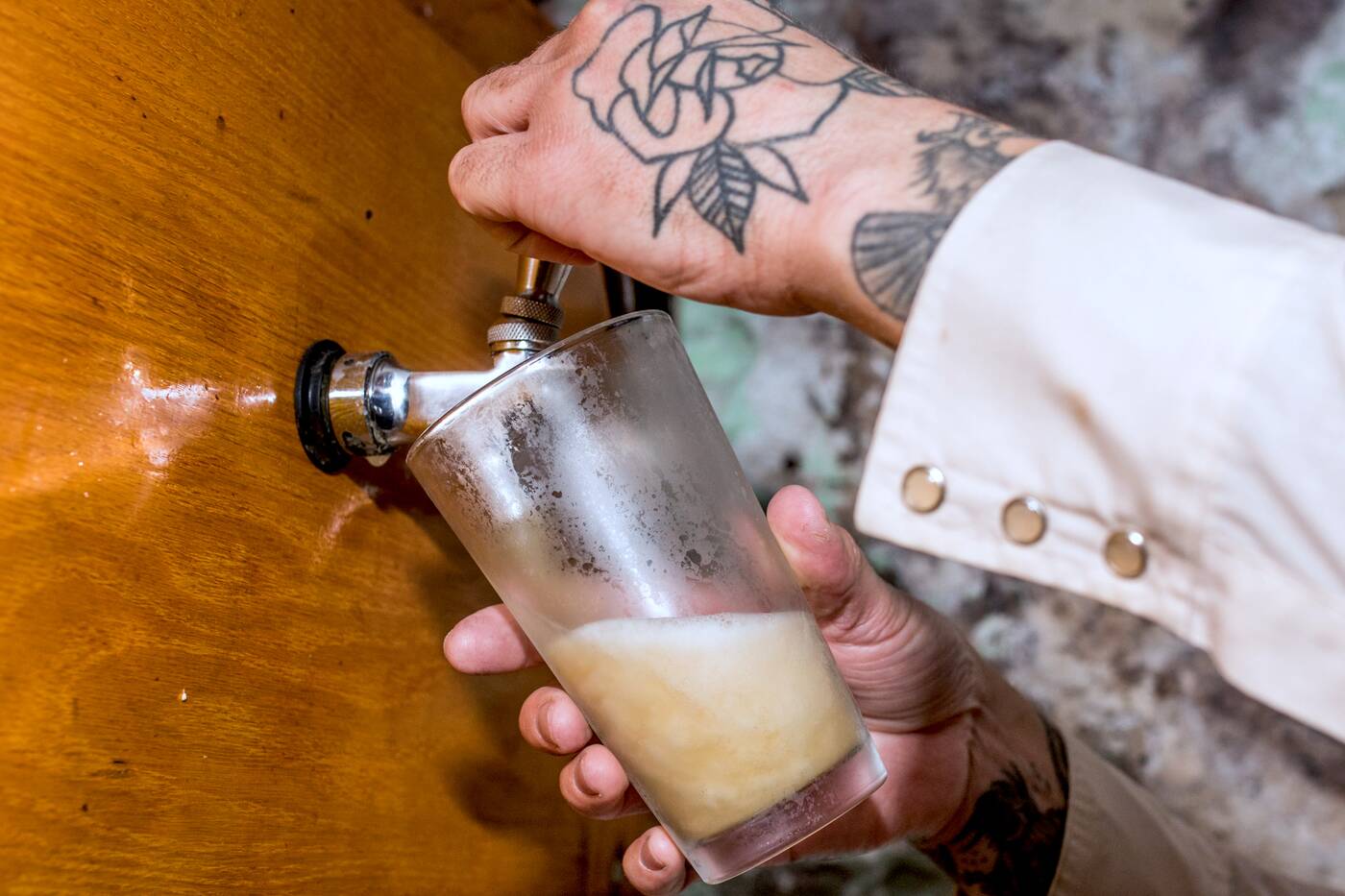 The only two options for draft ($8) are provided by Blood Brothers, their Shumei and a rotating tap. 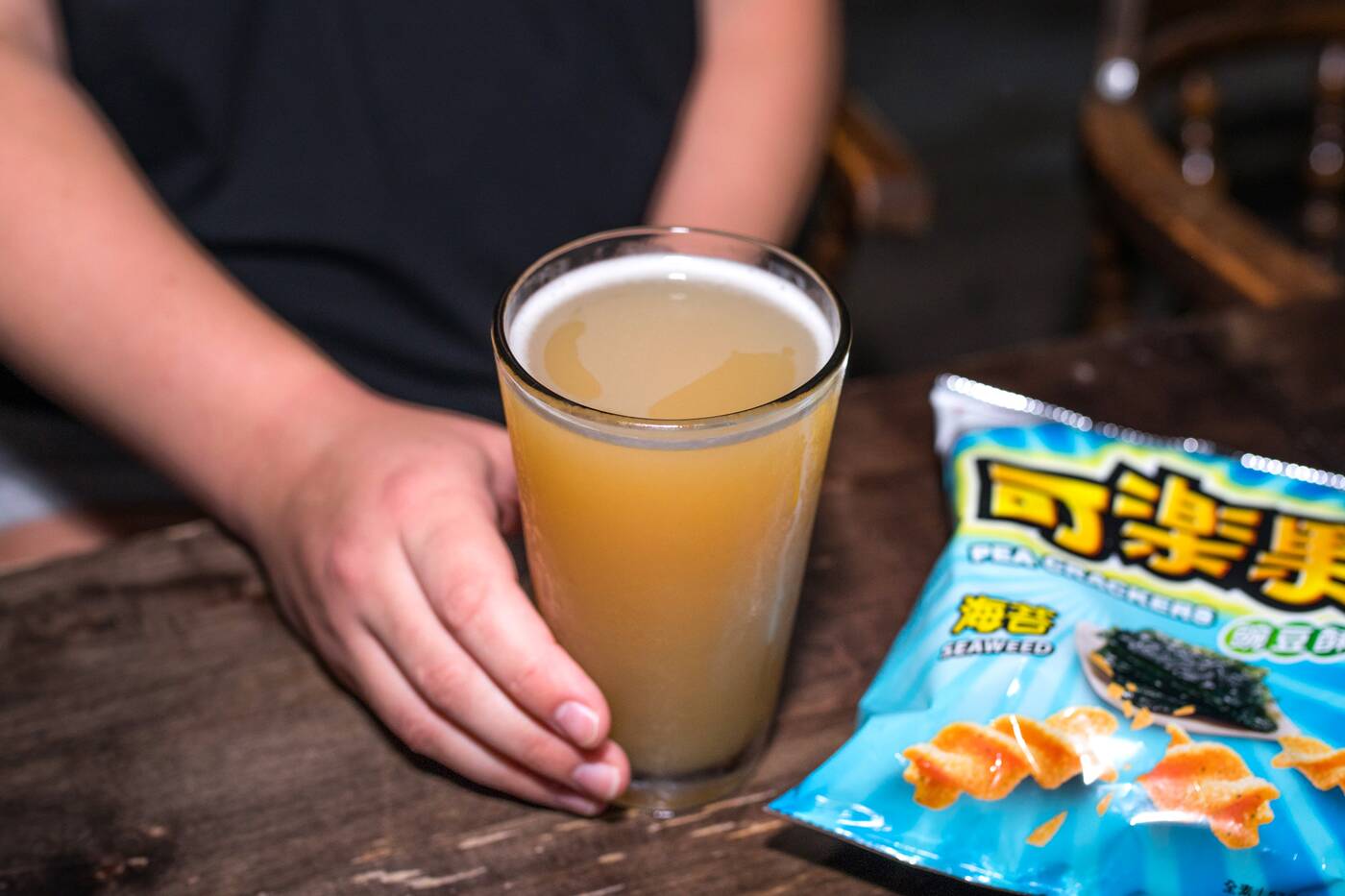 Today's is their Paradise Lost with the addition of sweet, tropical coconut. 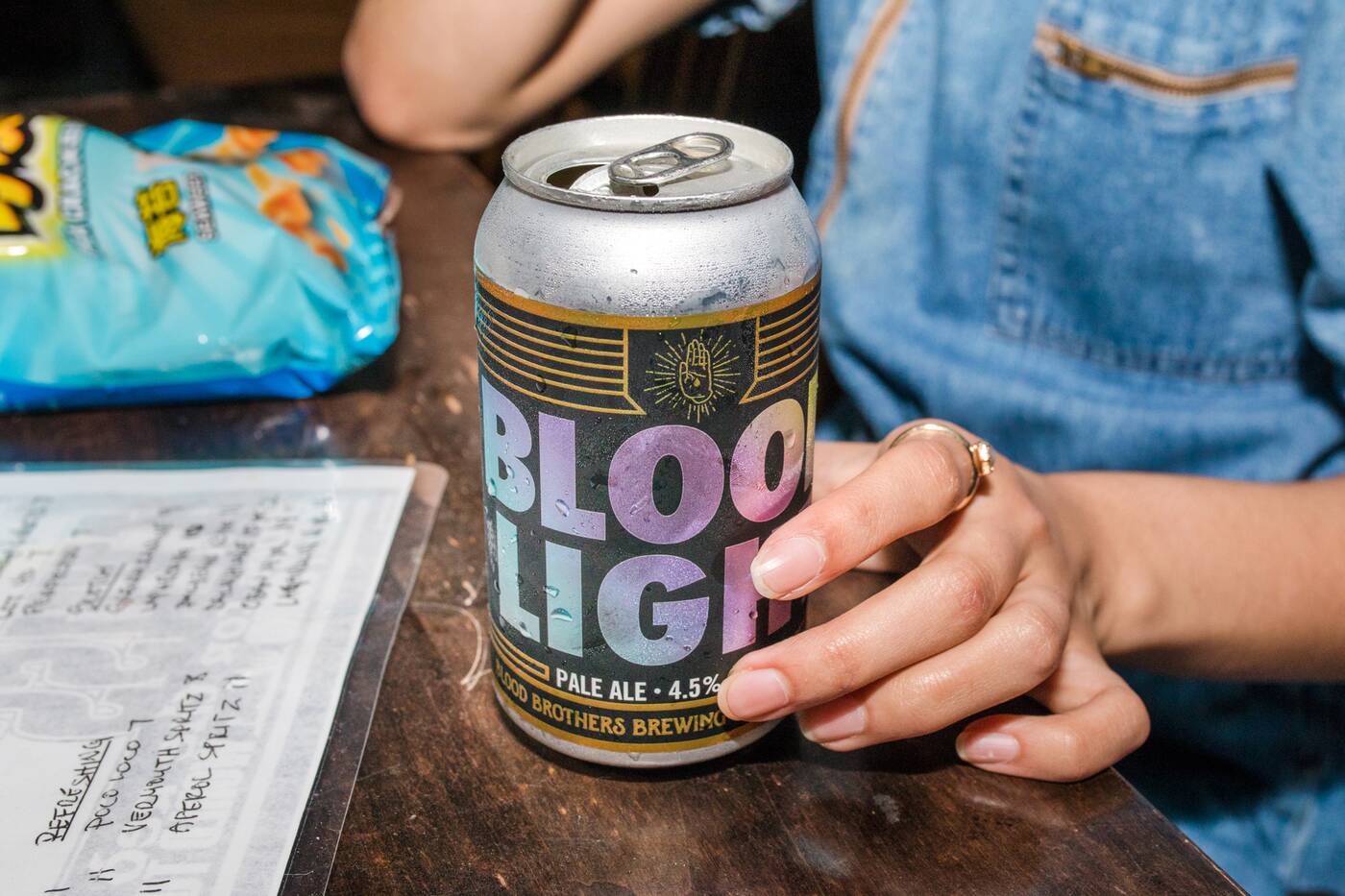 Otherwise, when it comes to beer there's a range of cans for $5 or $7, and big bottles of everything from Labatt and Bud to Fairweather are priced at $10.

Hank's has their own signature canned beer, but you can also go for a crisp Blood Light (again, from Blood Brothers) or a Modelo, PBR, Woodhouse or Junction. 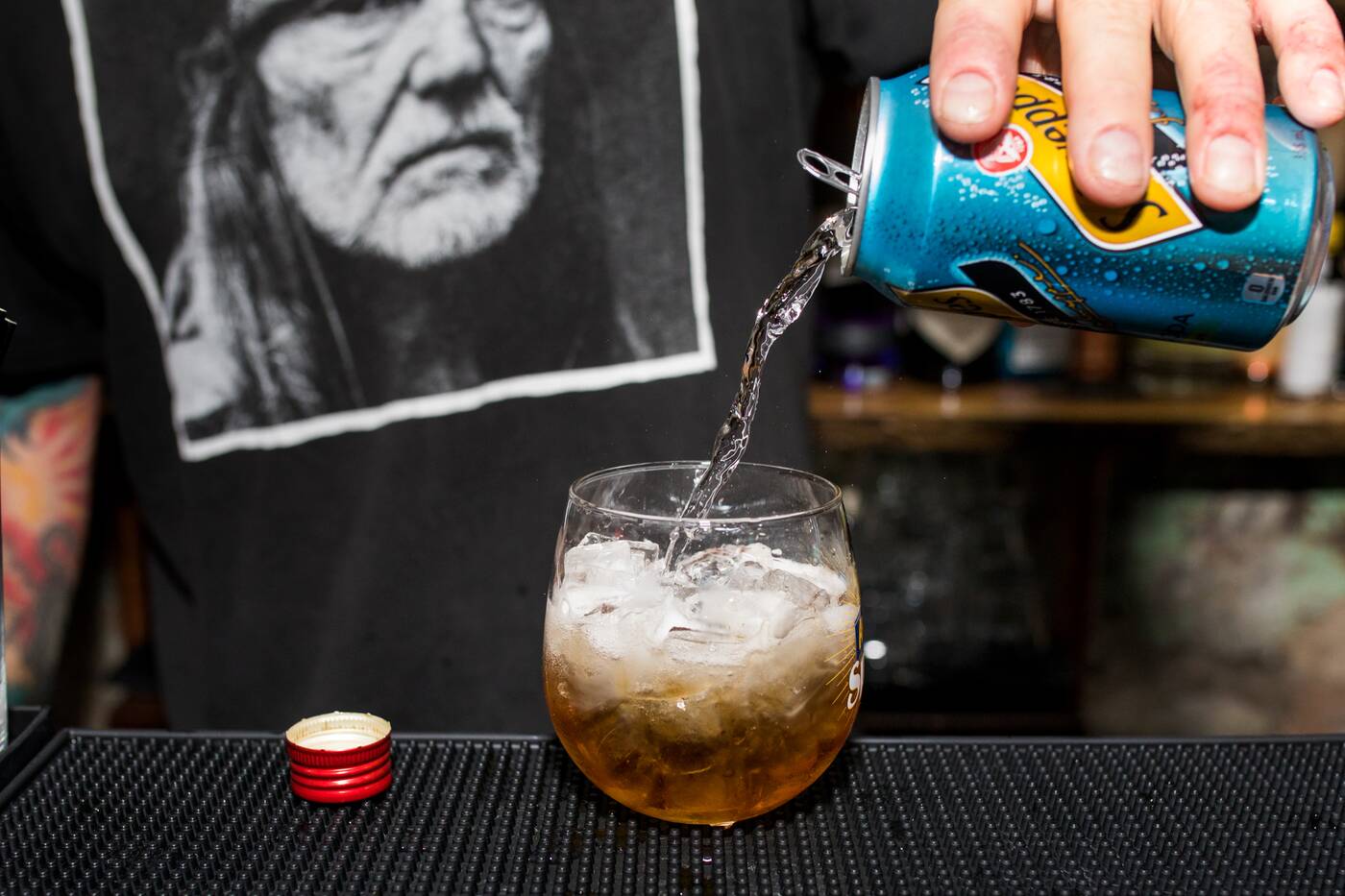 A short list of cocktails priced at $11 and under is divided into "classic" and "refreshing" options. 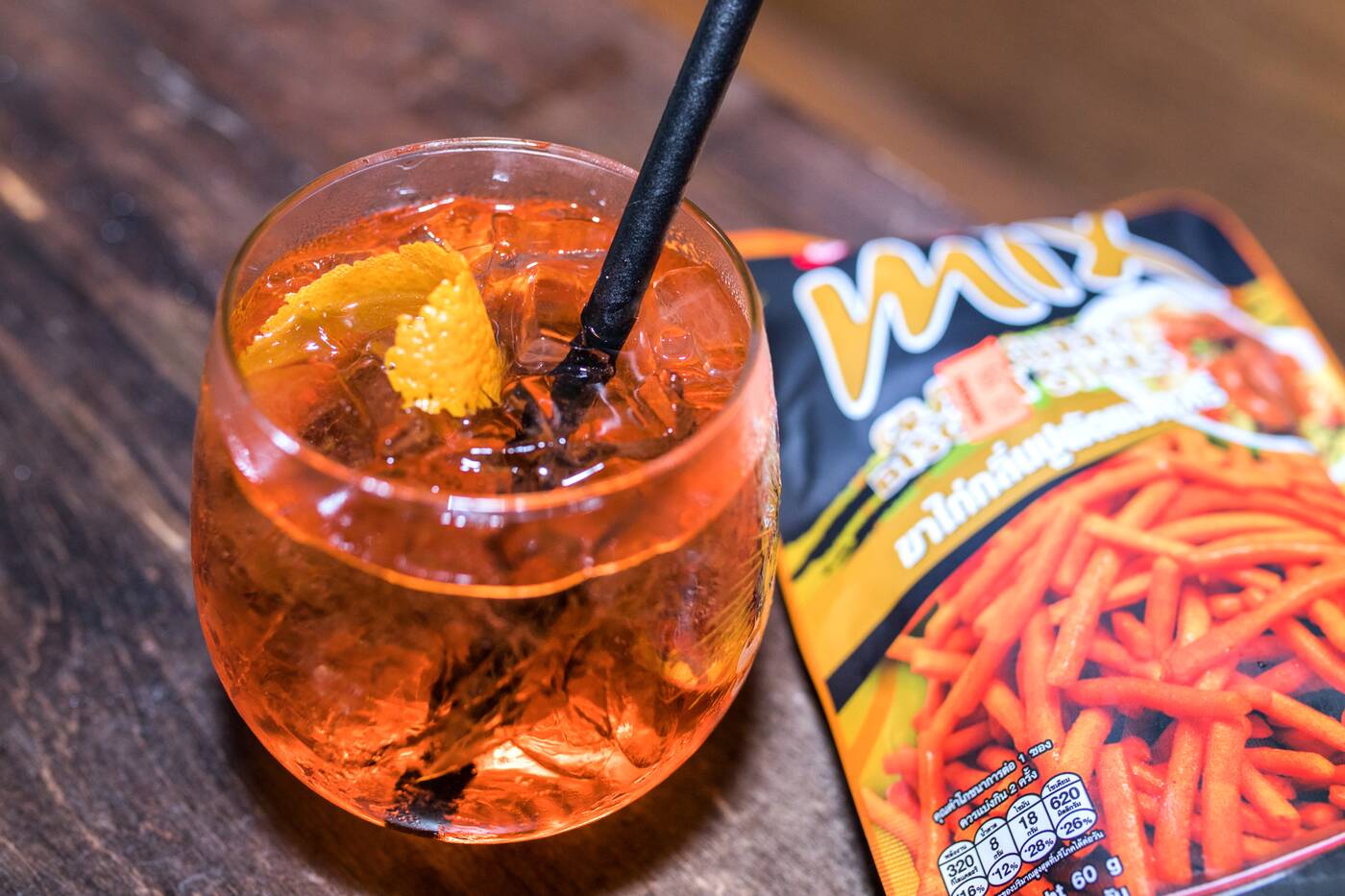 For something a little more sophisticated than a beer or something brown and strong, go for an Aperol Spritz ($11), an iconic combination of sparkling wine topped off with Aperol. 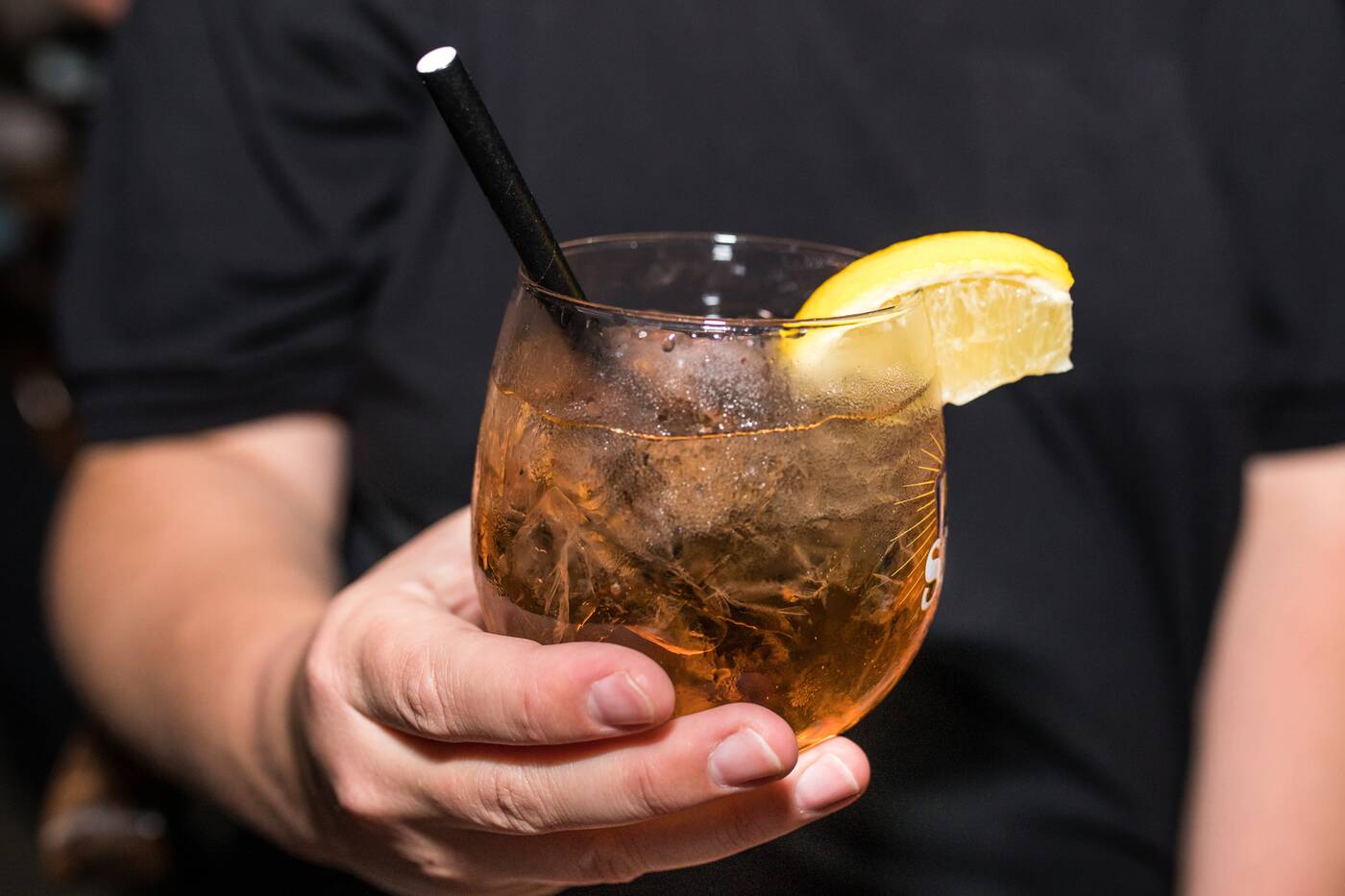 There's also a Vermouth Spritz for $8 that's also part of the "refreshing" section, but has little more of a bitter herbal edge. 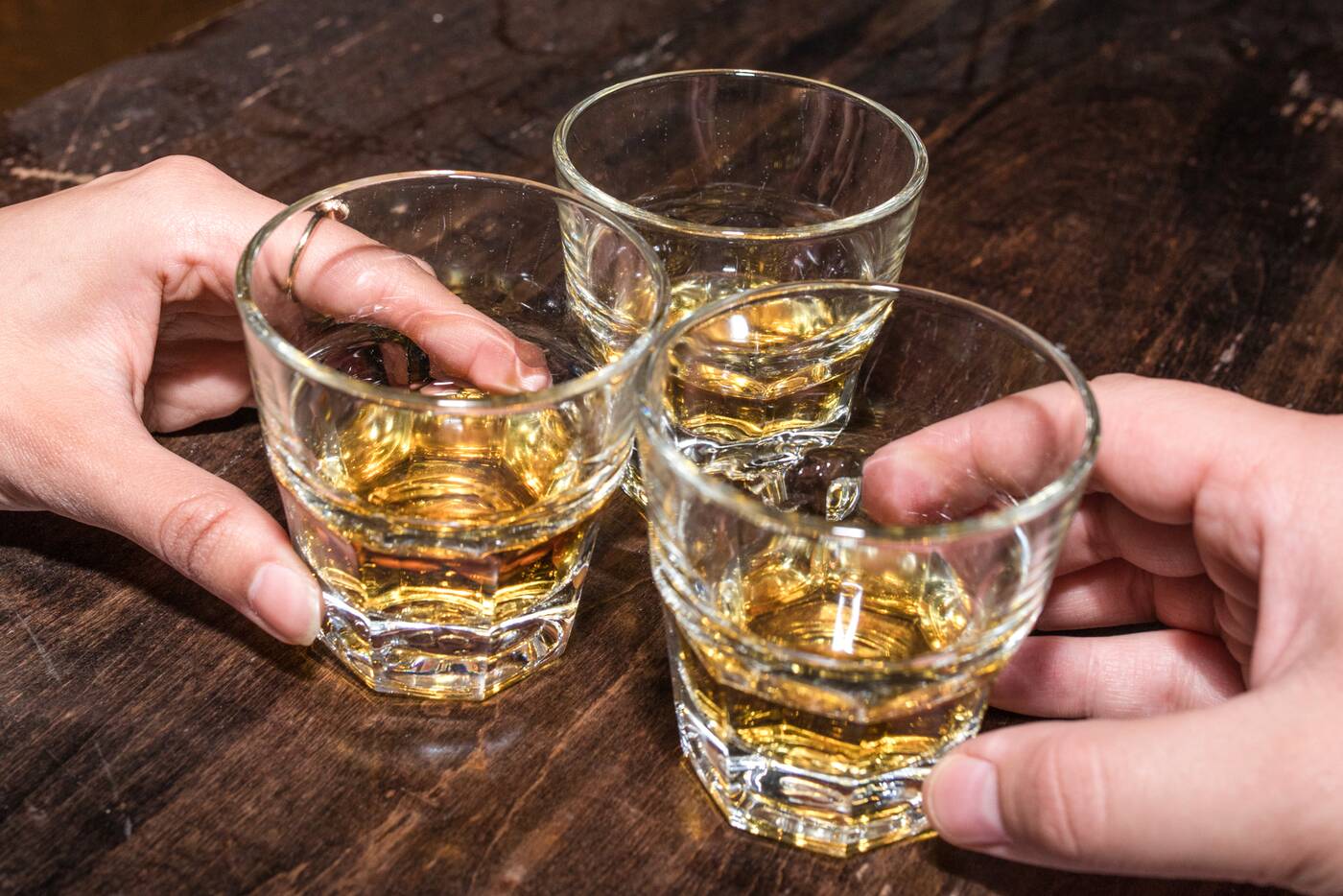 However, if whiskey is up your alley, there's an extensive selection of Irish whisky, bourbon, scotch and rye. Options start at a reasonable $6 for standards like Jameson, Jack Daniels, Four Roses, Jim Beam, and Bushmills, and top out at a relatively low $16 for Lagavulin 16 Year. 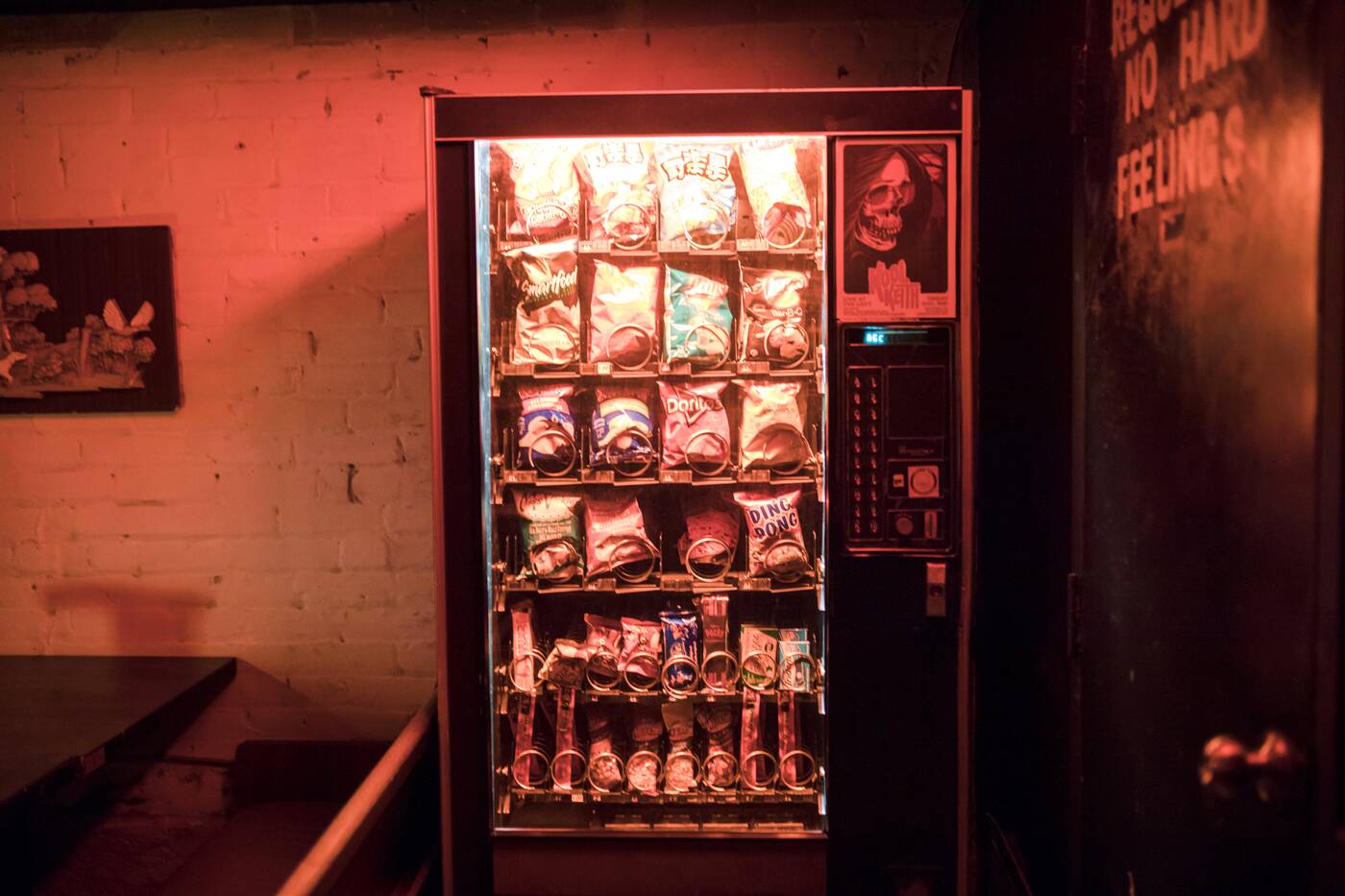 Snacks ($2) consist of international offerings obtained from a vending machine: just ask the staff for help. 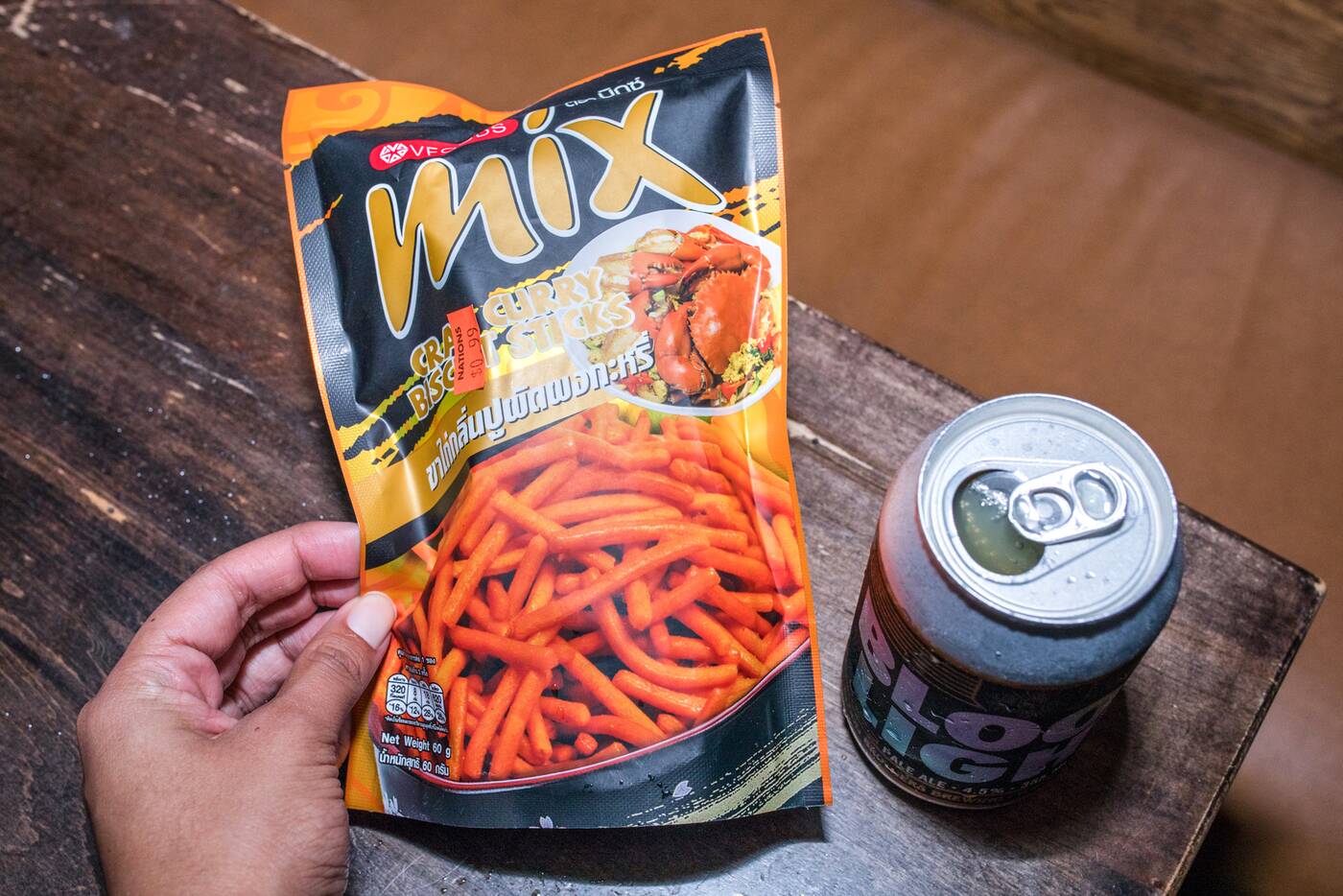 You'll be able to find everything from Doritos, Miss Vickie's, Ruffles, gum and pepperoni sticks to Pocky and crab curry biscuit sticks. 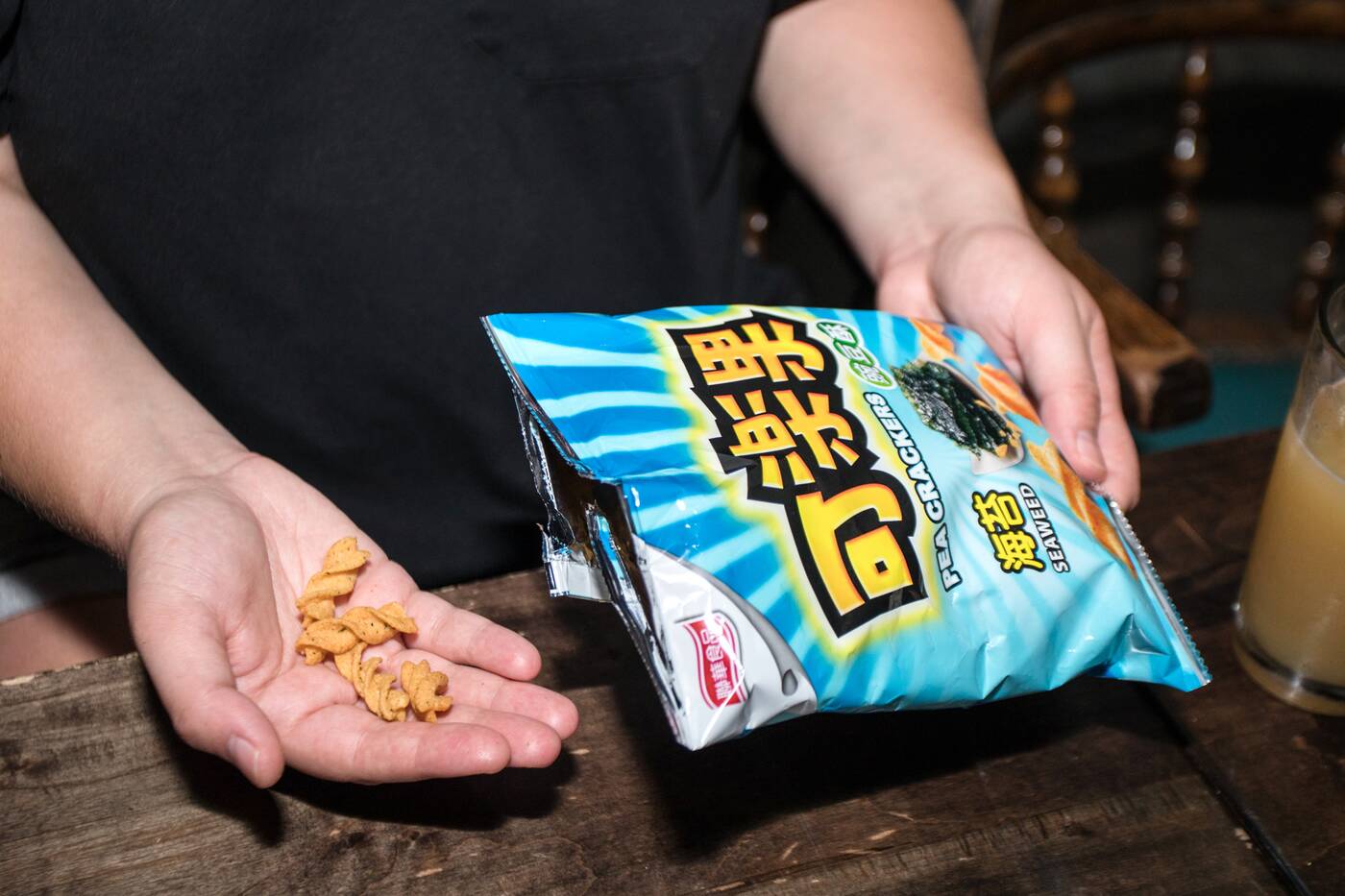 If you're a fan of Koloko pea crackers you'll be delighted to find bags of them here. 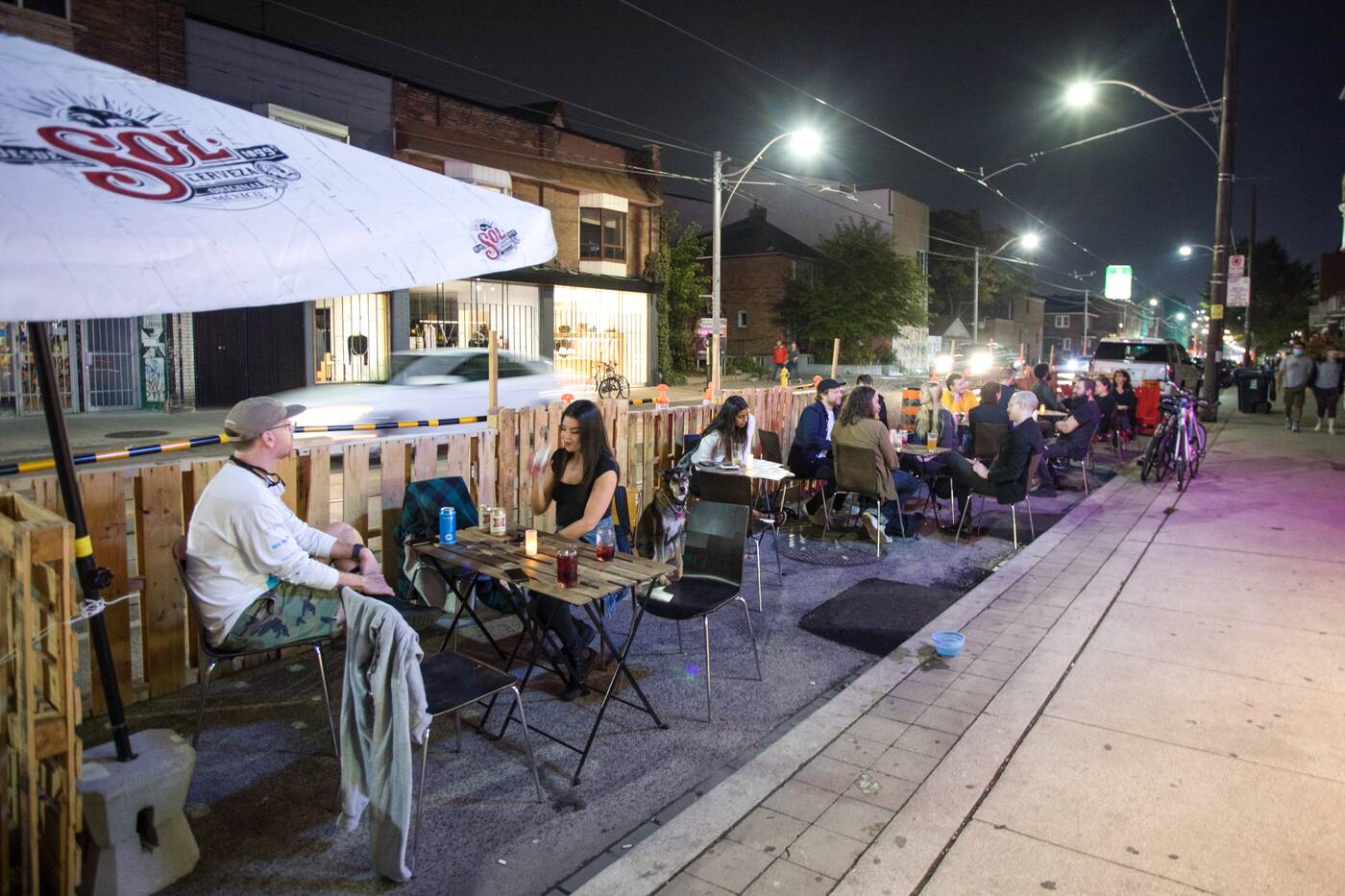 A CafeTO patio has been set up in the curb lane in front of the bar. 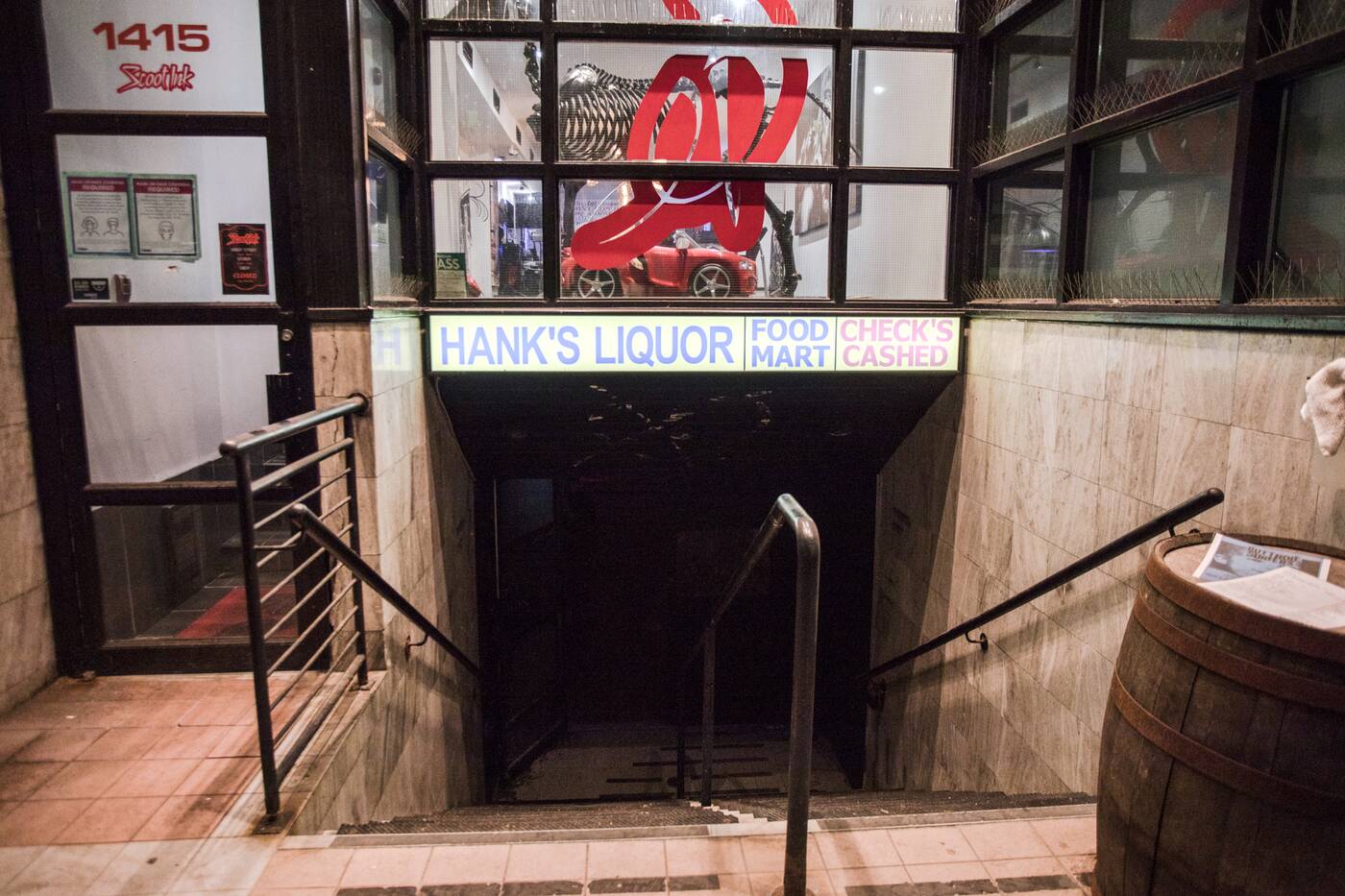