Village Pie is a go-to destination in Toronto for savoury Greek pies made traditionally from scratch, as well as Greek coffee and frappes and sweet Greek desserts.

All the fillings are made here using Ontario produce. The recipes come from a real Greek grandmother of one of the owners, from a real village of Kavala in Northern Greece. 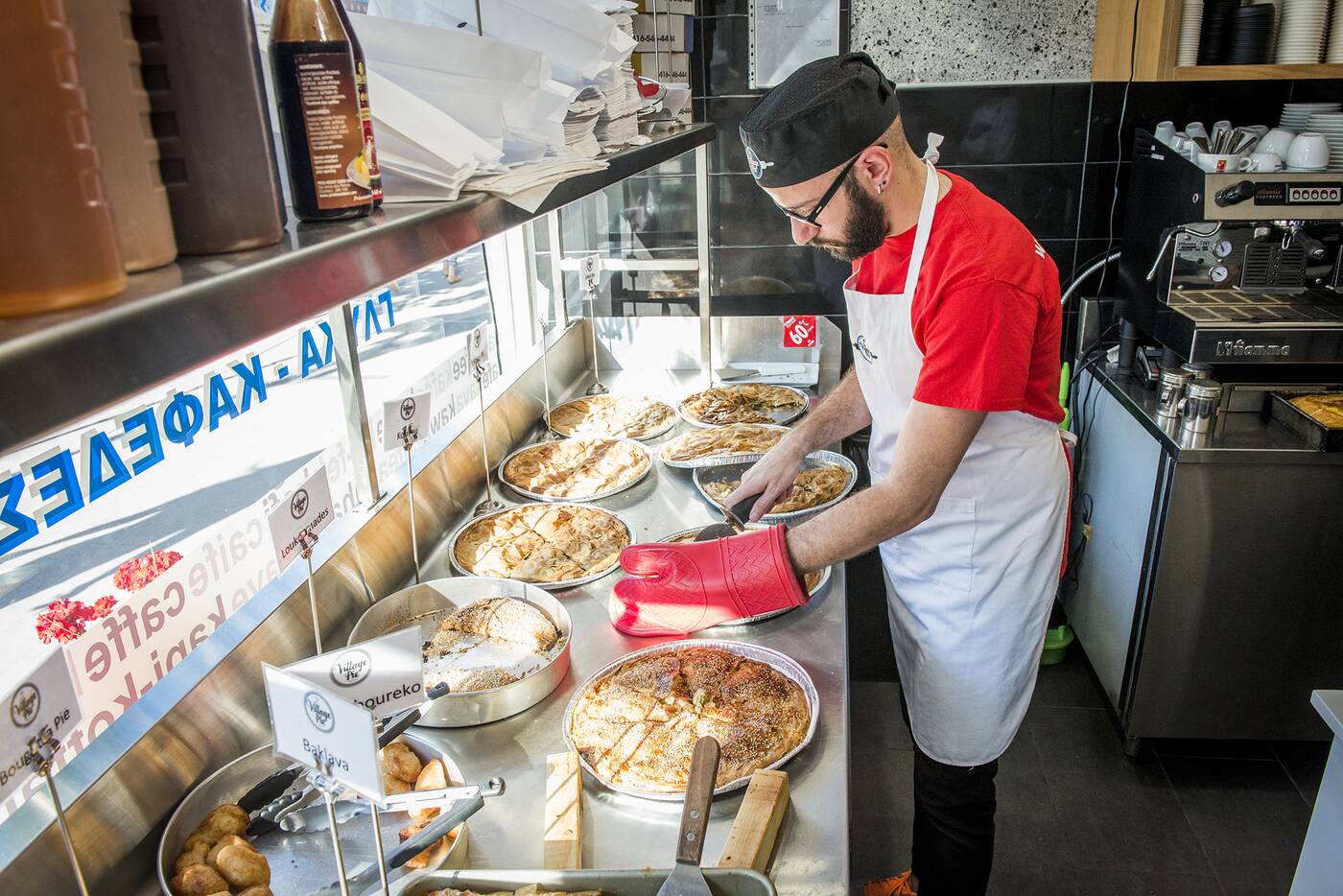 It’s a simple bakery that puts it all right out there with most of their products displayed in the front window. 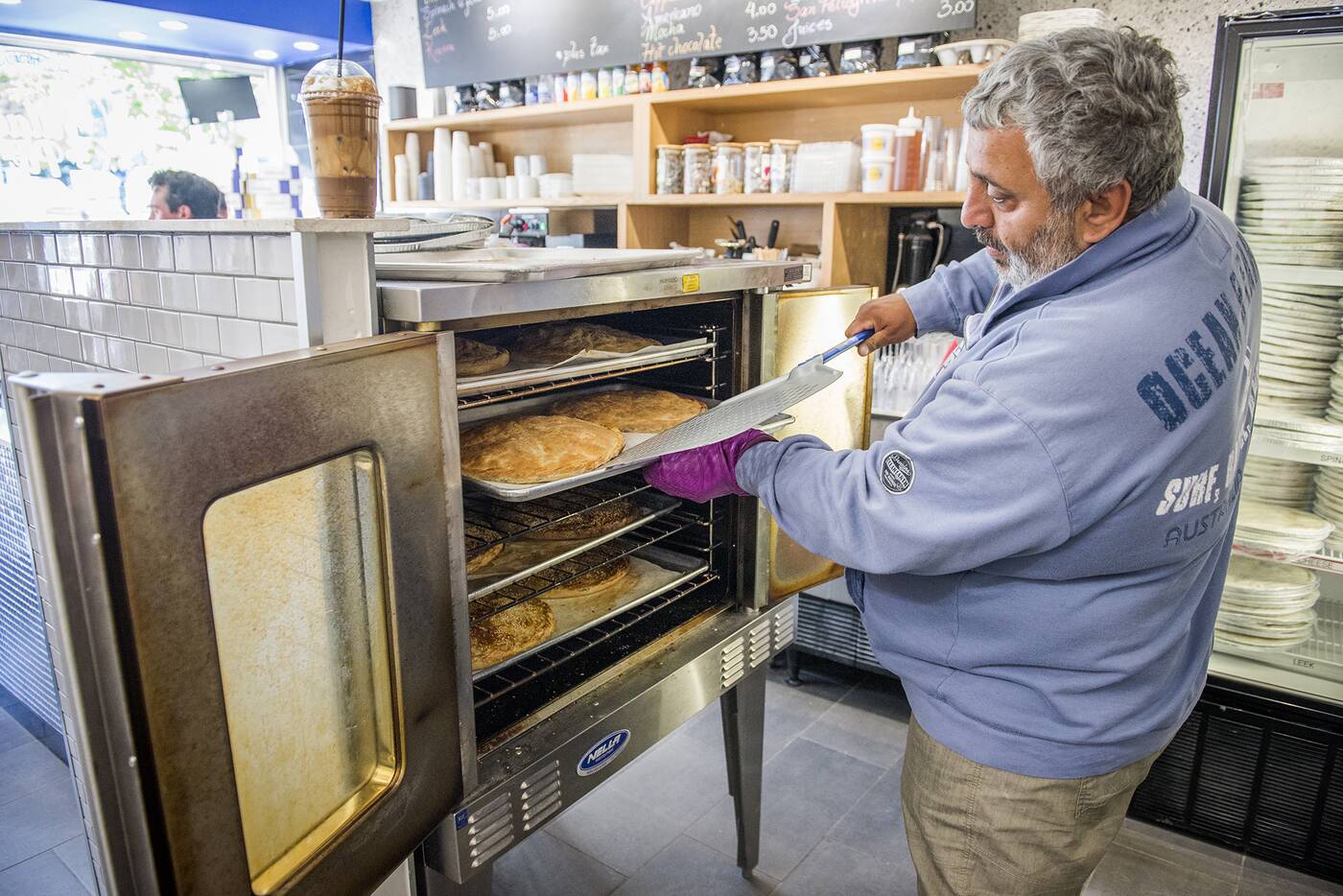 Not only that, a huge oven sits right in the middle of the shop. 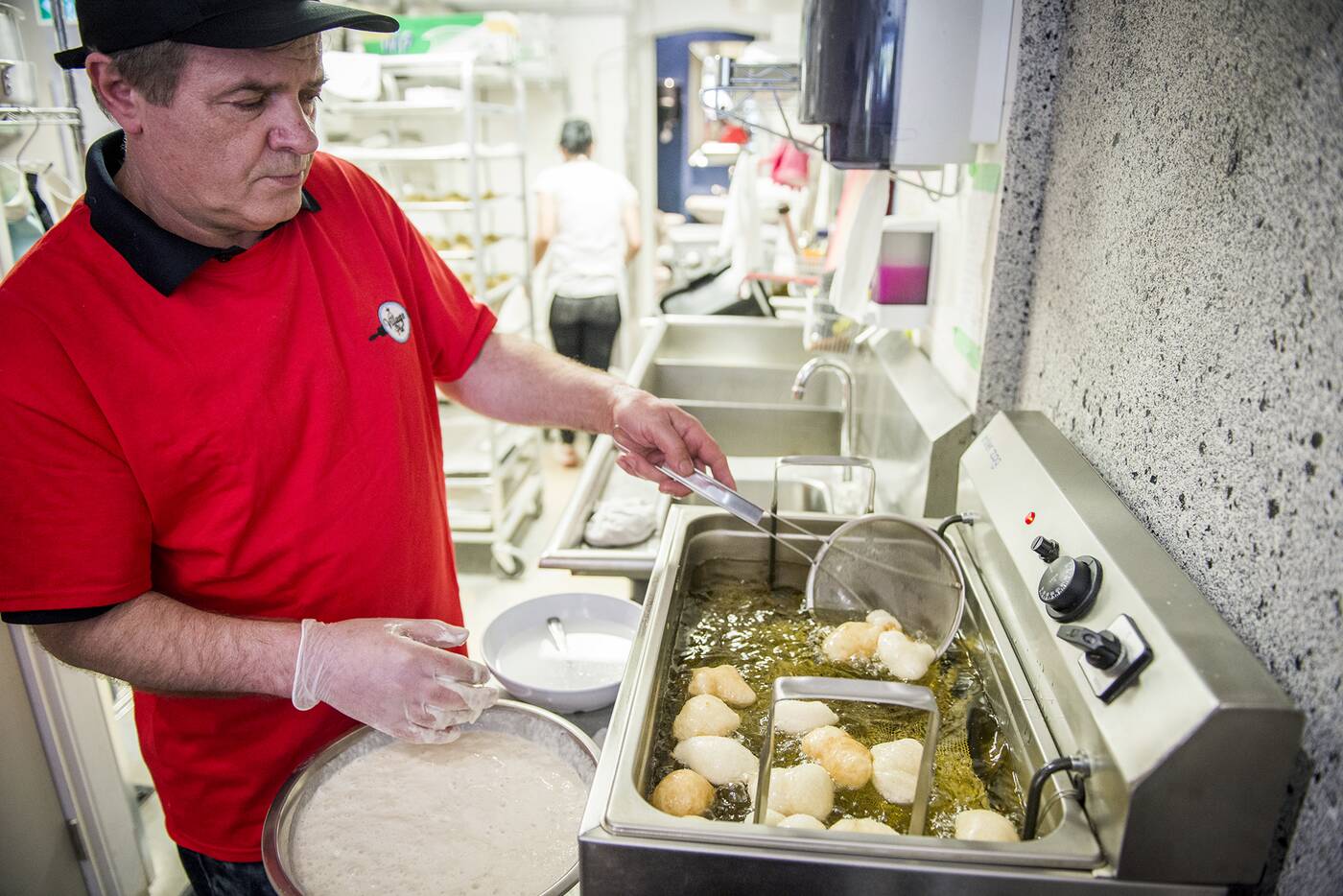 A fry station for making sweet honey loukamades pokes out from the kitchen at the back. 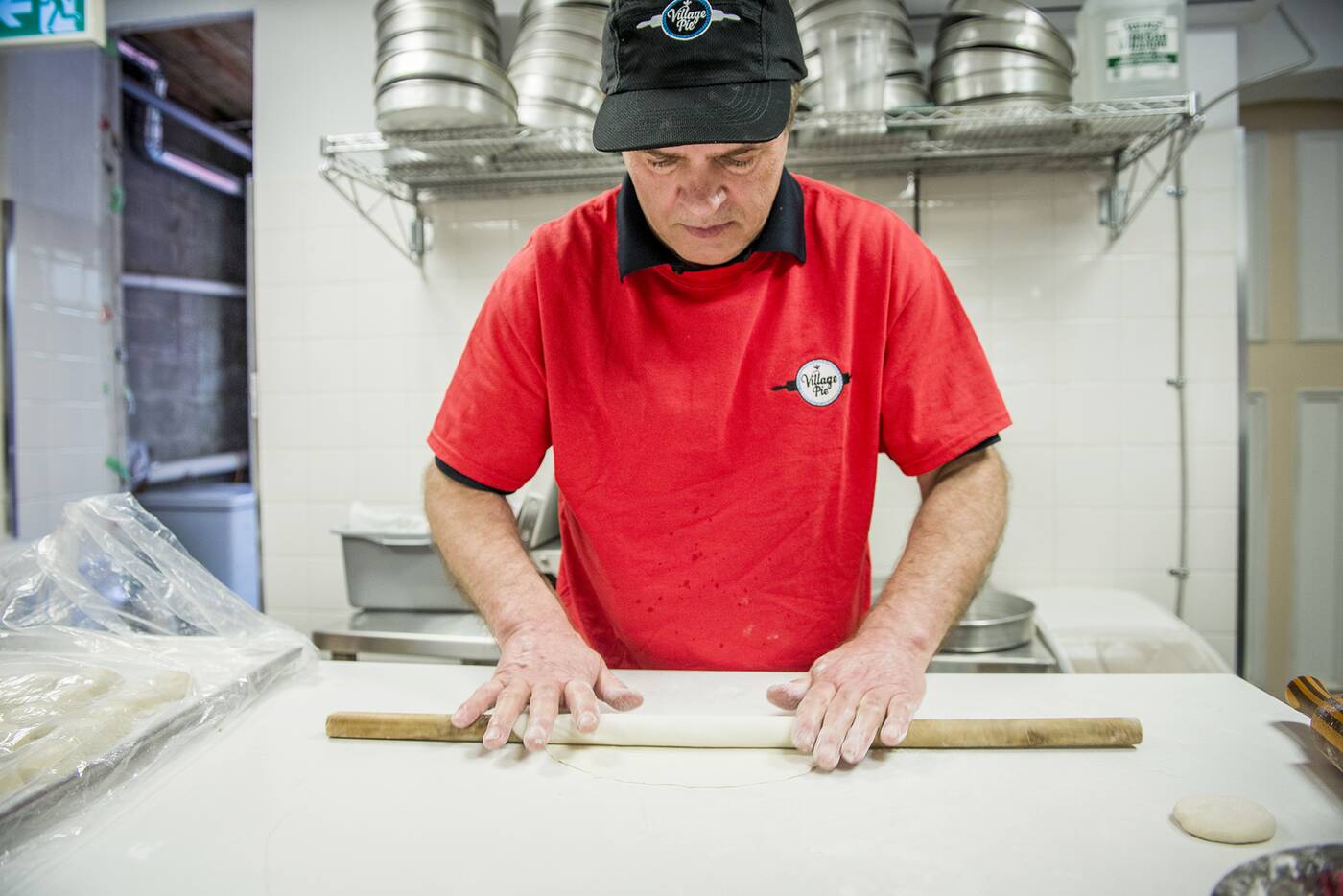 Every pie has six wafer-like phyllo sheets that have to be expertly rolled so that they’re as thin as possible without breaking. 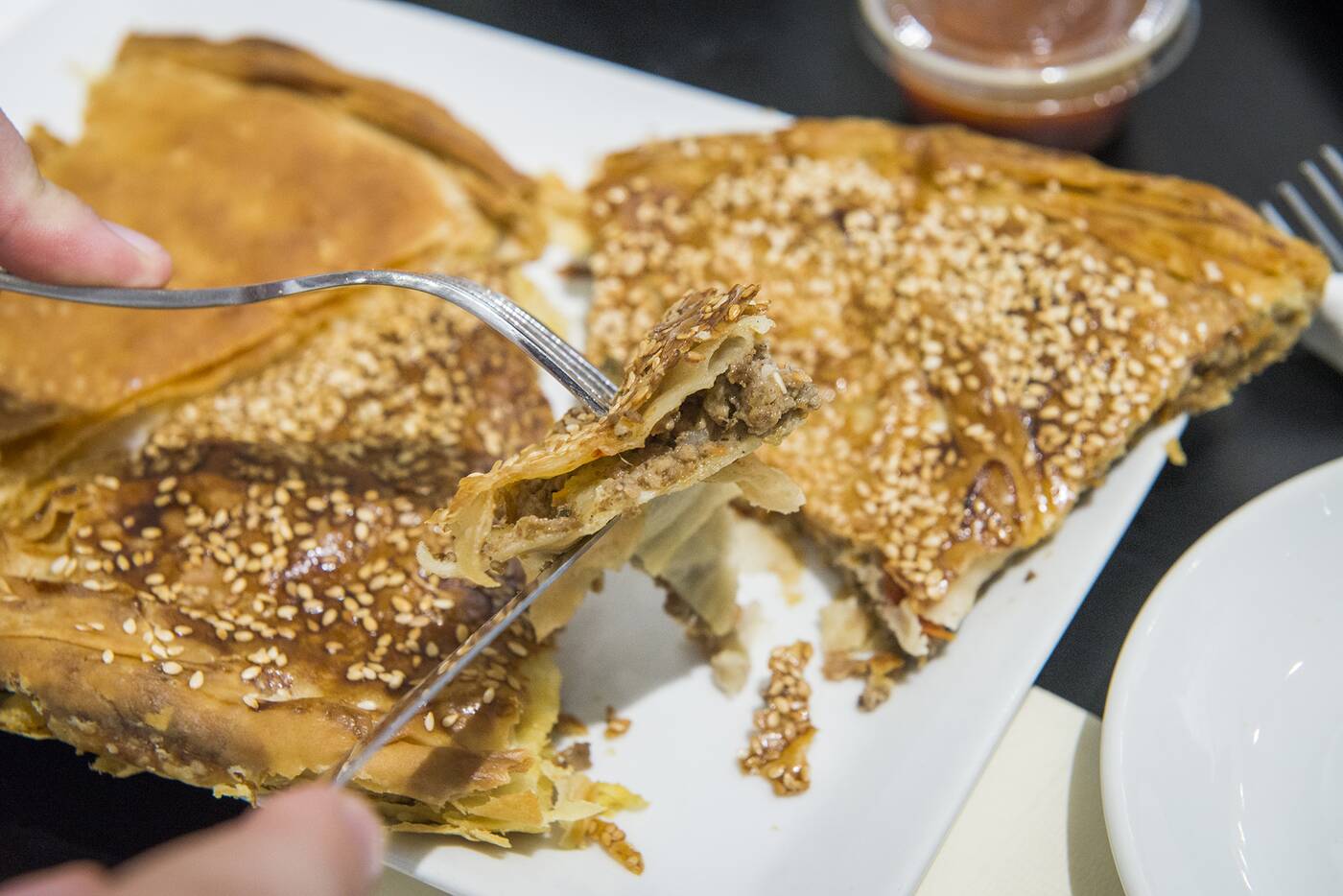 All pies are $5 a triangular, crackly, oily slice. The meat pie is one of the heartier options packed with flavour and ingredients, with lean ground beef, onions, tomatoes, medium aged Canadian white cheddar and paper-thin phyllo. 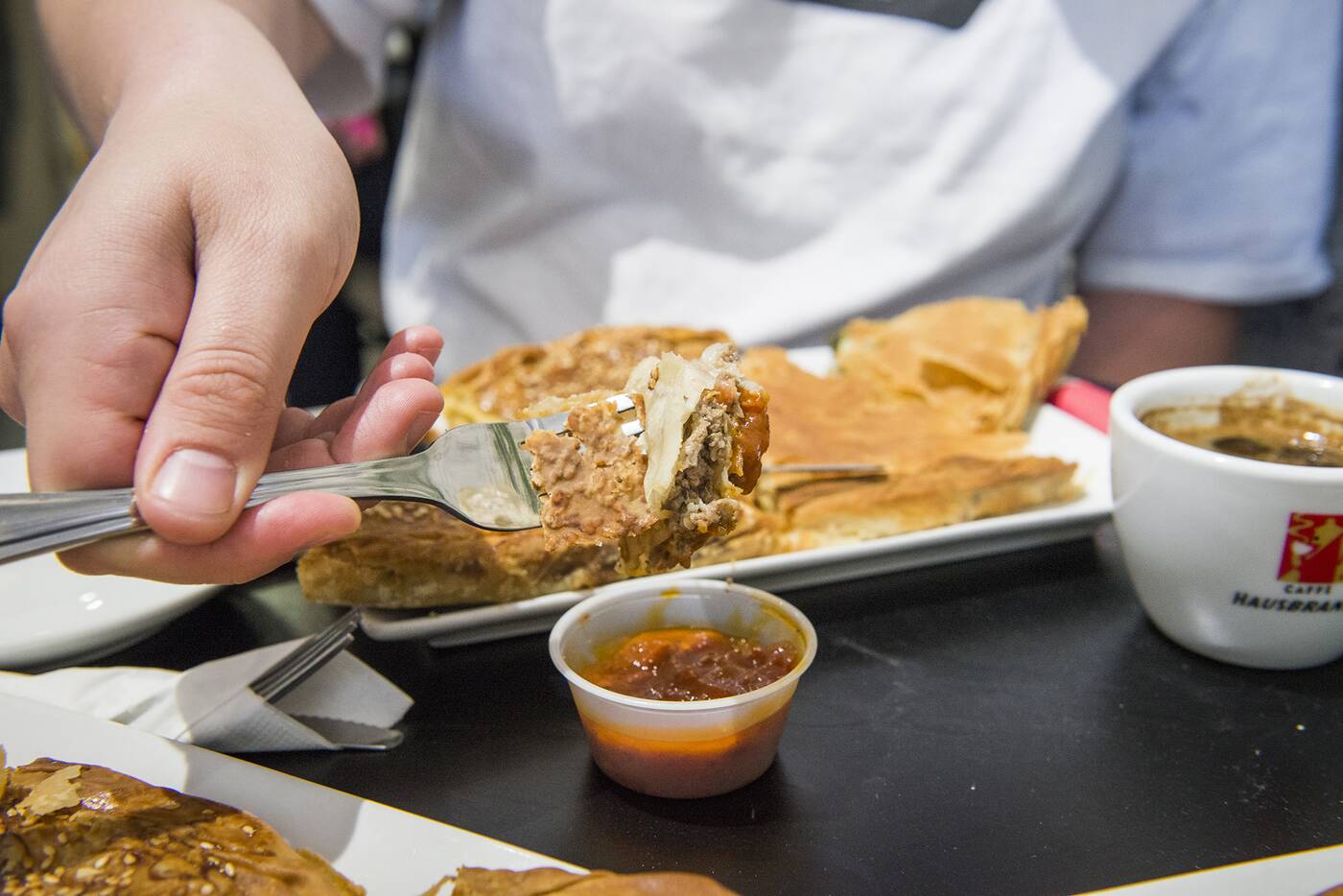 This is one of the pies topped with toasty, zesty, crunchy sesame seeds. It also comes with a recommended dip that’s almost like a sort of salsa. 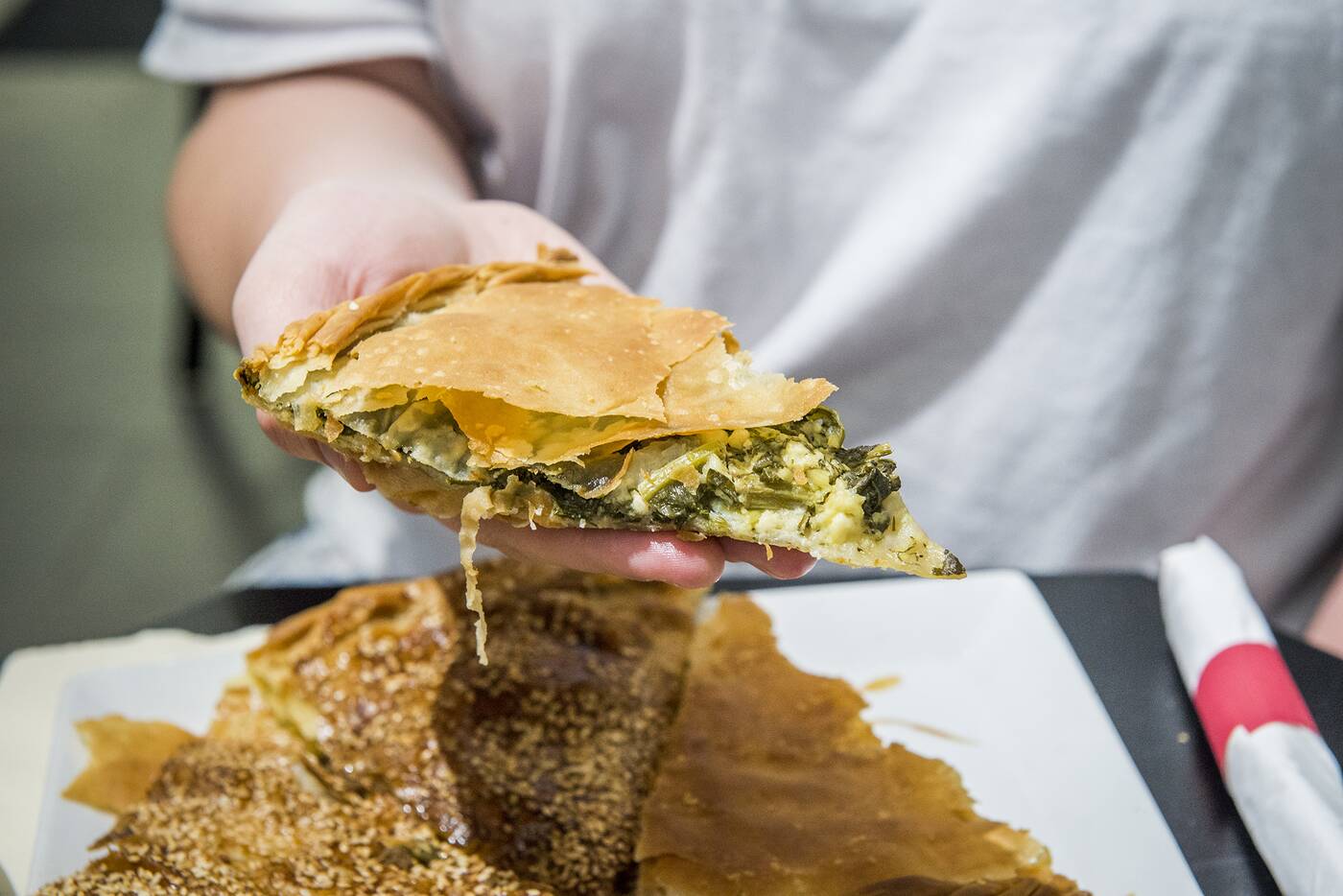 The spinach and feta pie is sure to satisfy anyone looking for more than the ultra-greasy offerings from the likes of Coffee Time. 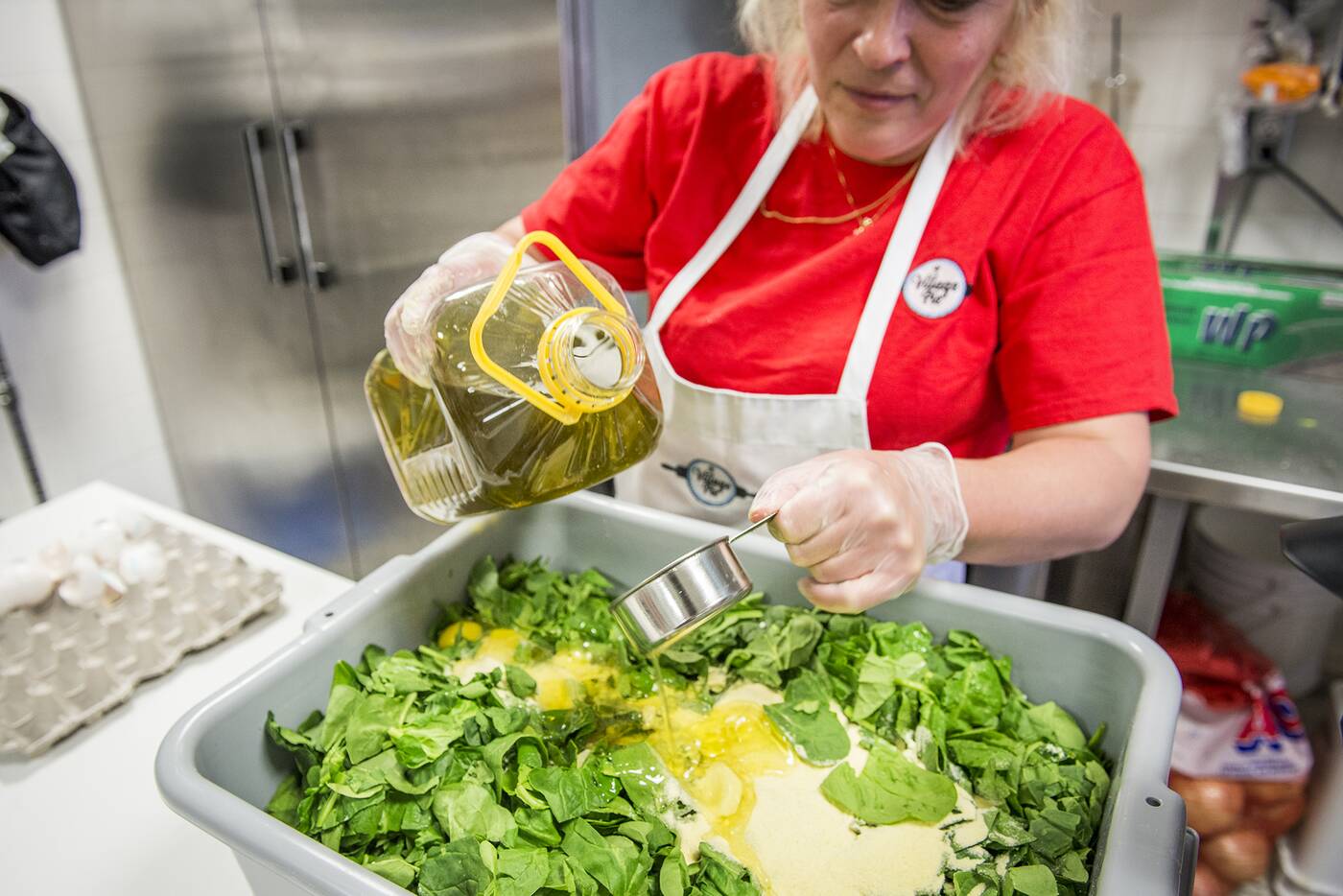 The filling is a very traditional spinach, feta, green onion and dill, which brings out the bitterness of the greens. To keep it simple, this phyllo crust remains plain. 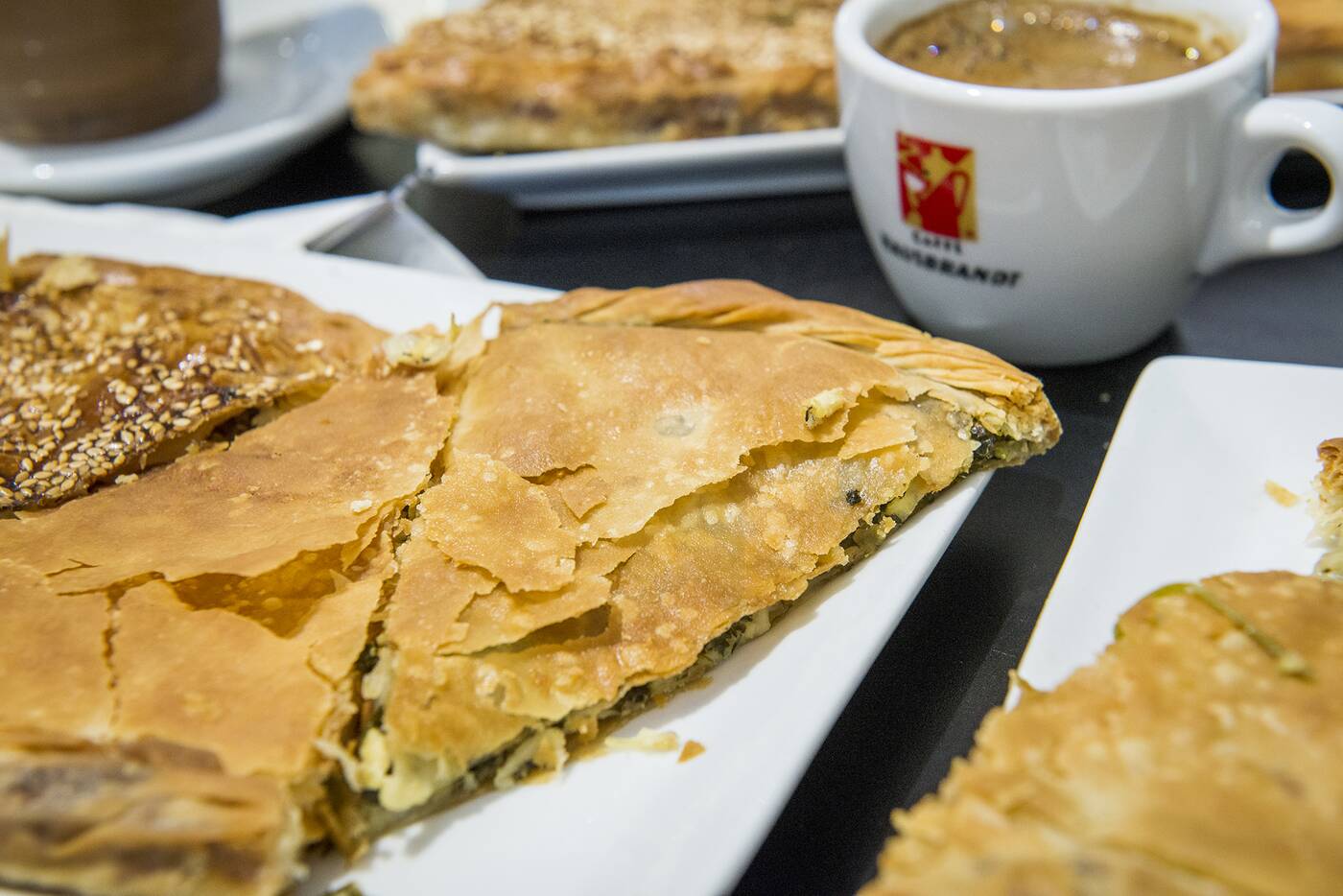 Other options include a tasty chicken pie, meaty like the beef but a little lighter in flavour and more vegetable-y with green peppers, mushrooms and tomato. You can also opt for plain cheese or leek. 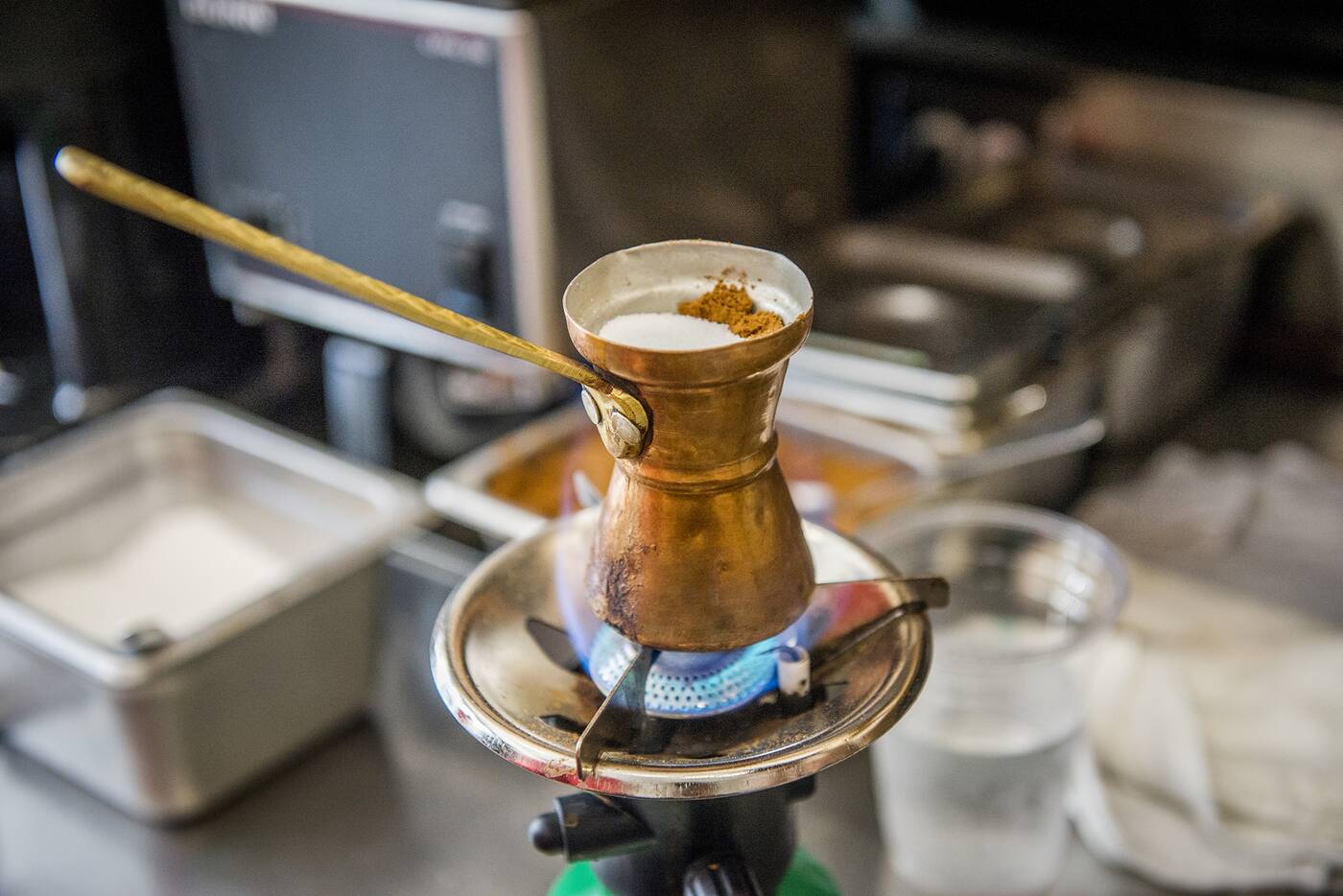 Incredibly creamy Greek coffee ($2.50) is made behind the counter using a traditional teeny copper pot with a long handle. 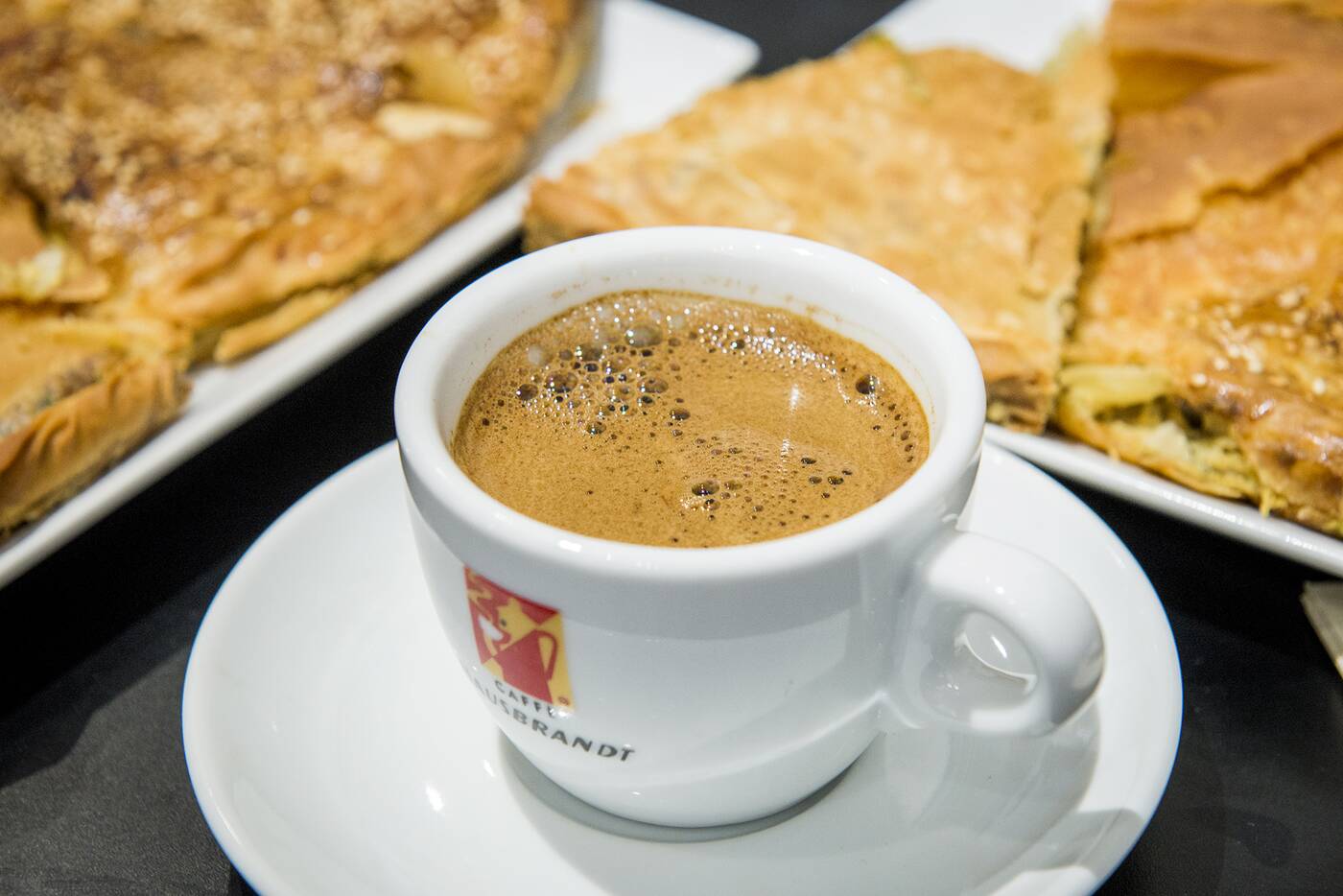 The coffee brought is to a boil over a high temperature over a short period of time, taken off, then heated just a little more before serving. 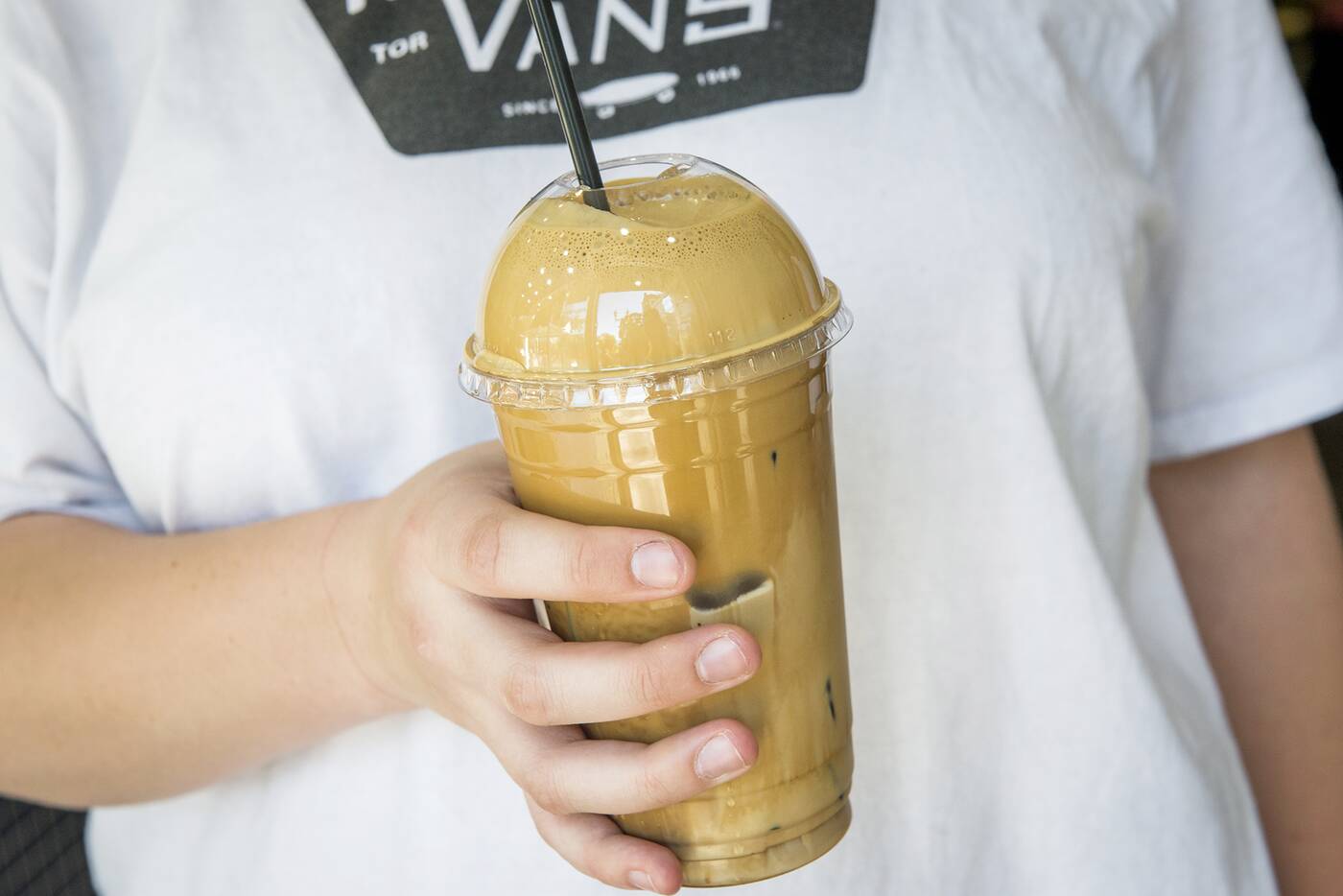 A frappe ($3.50) is Greece’s national drink and an average Greek breakfast, treated with respect here. Mostly coffee and sugar with a little water, this is straight caffeinated goodness that you just want to suck down on a hot day or after downing a hot slice of pie. 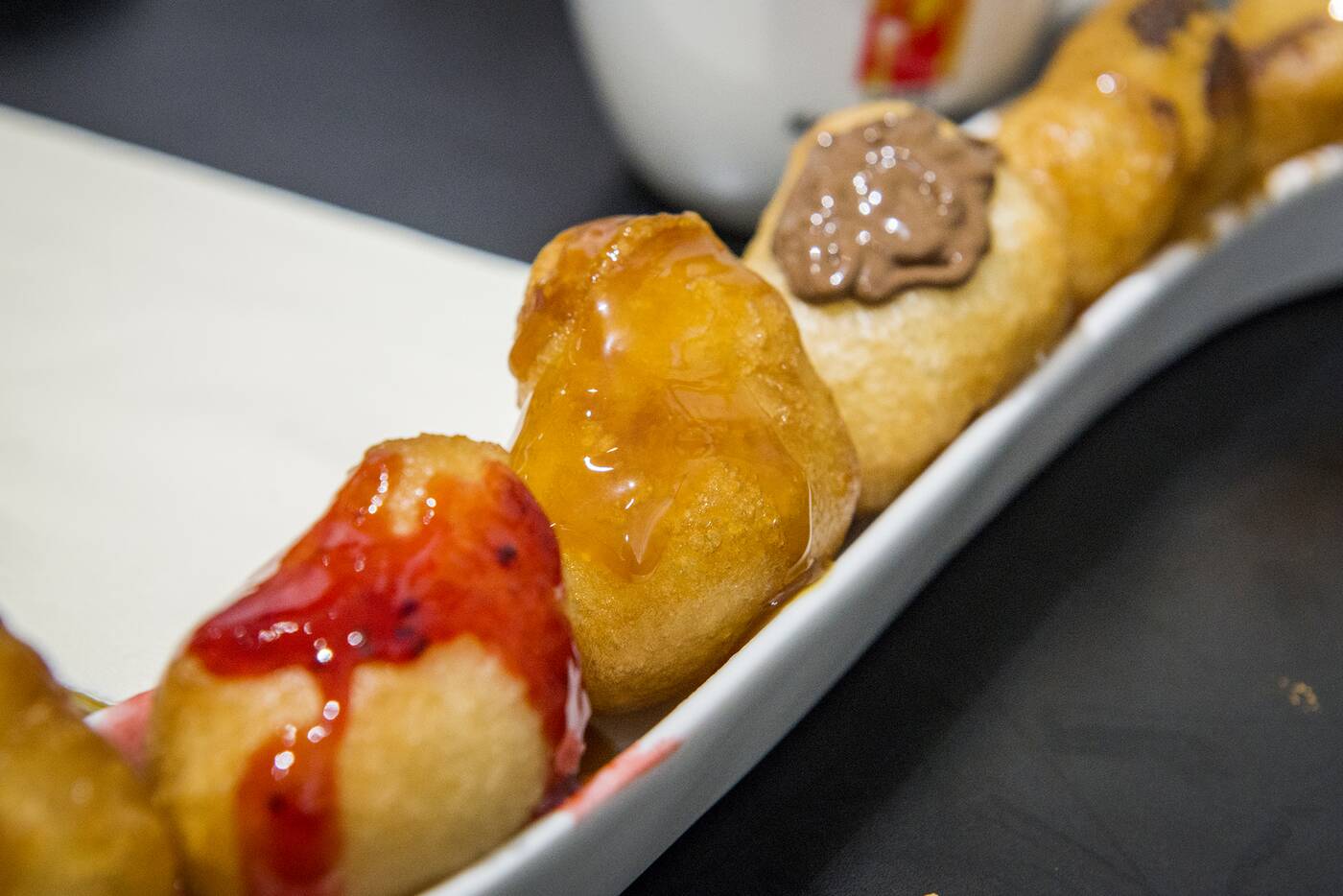 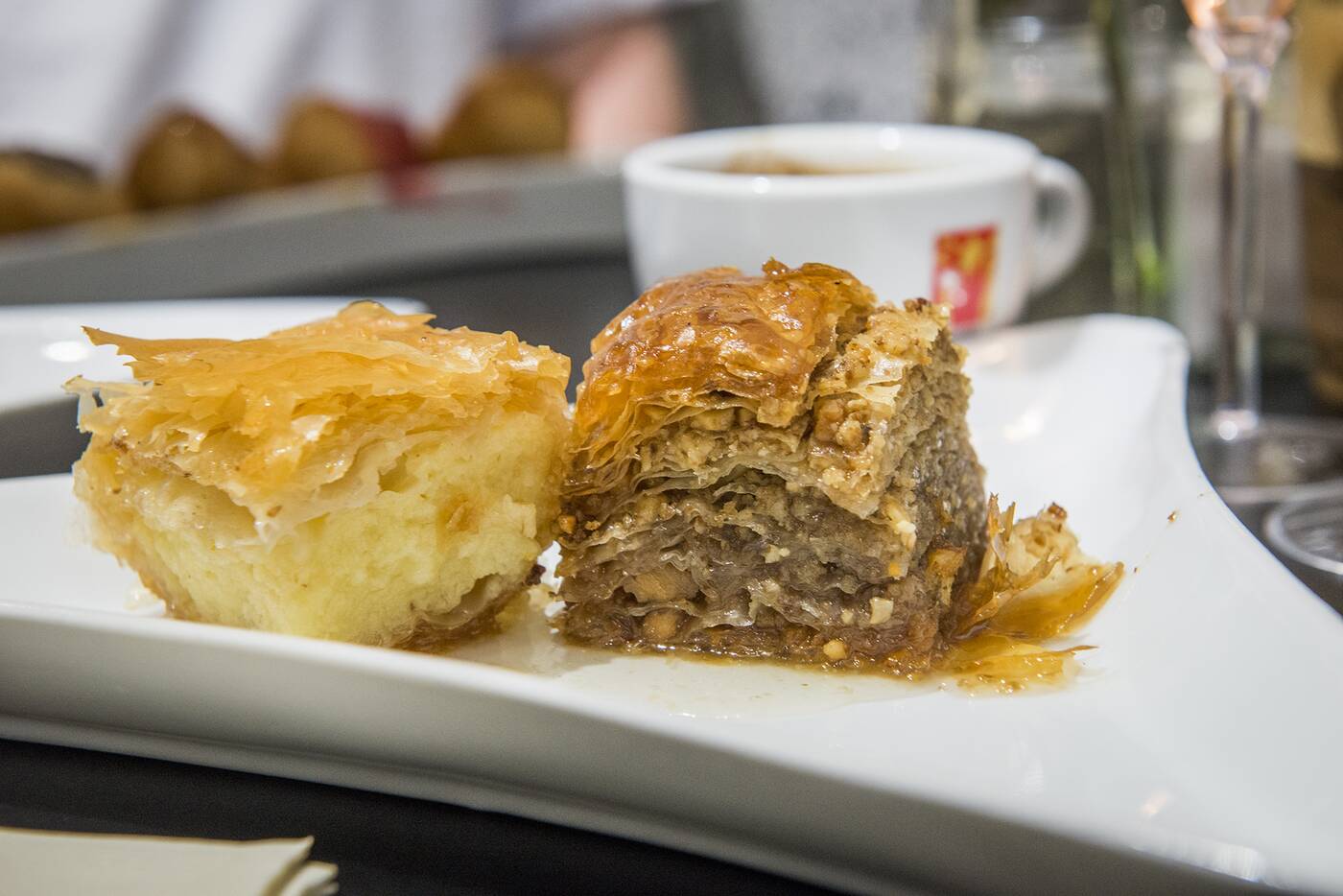 Towering, crackly baklava is packed with syrupy walnuts, and galaktoboureko has a bit of a cheesecake-y feel, custard in phyllo coated in super sweet honey (both $5). 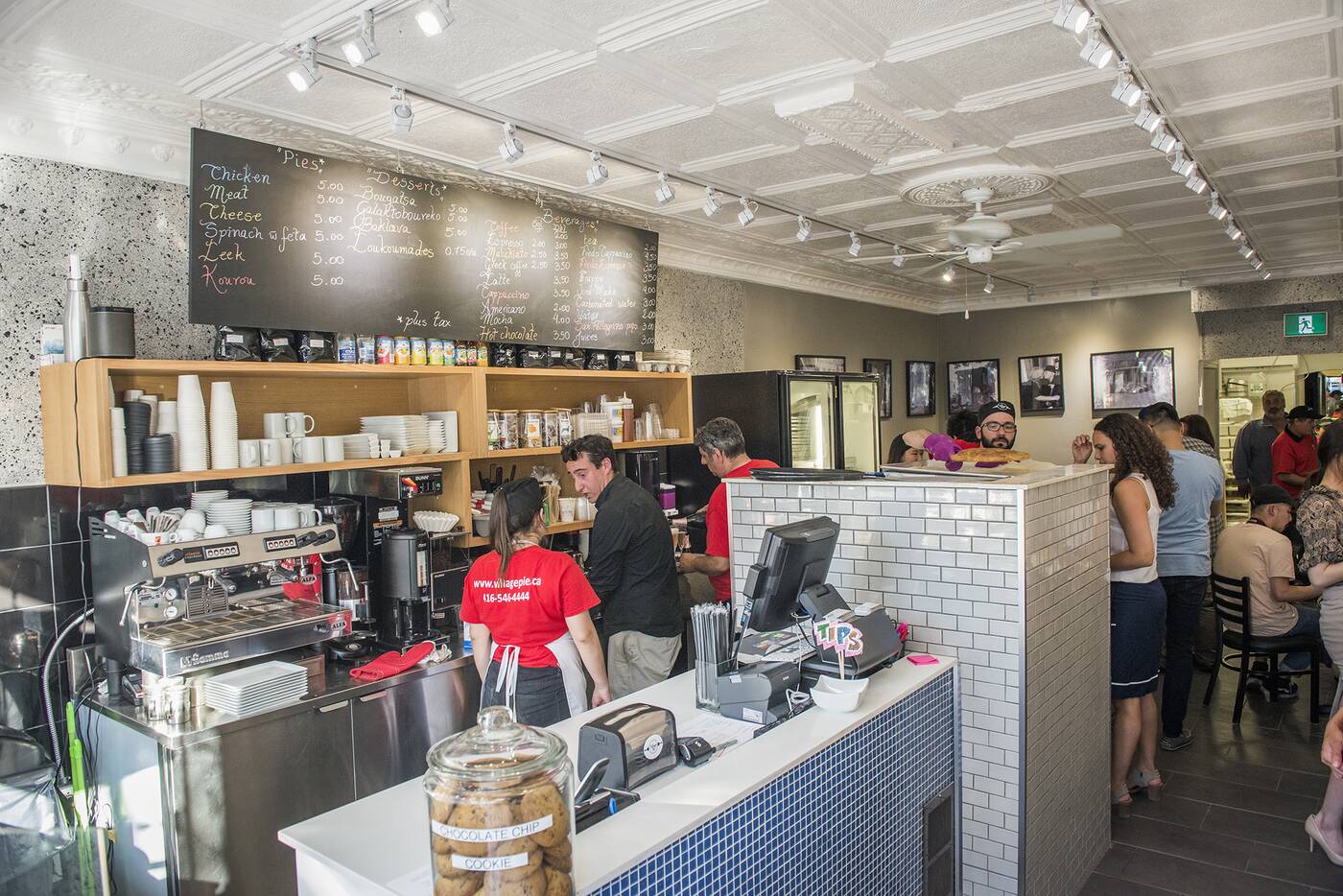 There’s plenty of seating should you want to enjoy your pie and frappe in the bright, bare little cafe. 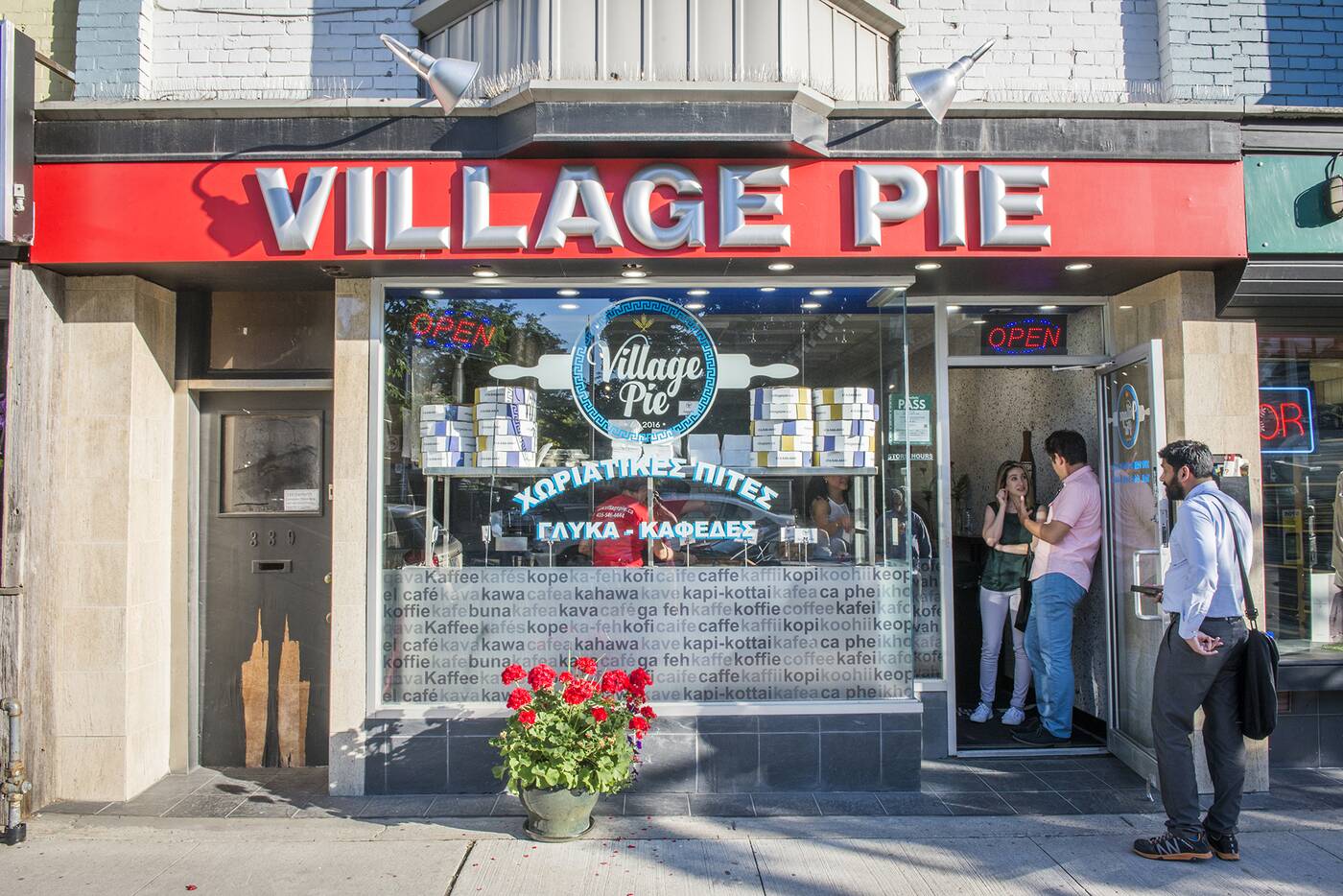