Ballissimo Loukoumades Bar makes Greek pastries like you've never had them before.

Specializing in what are essentially the original Timbits of Greece, Ballissimo's honey-doused dough balls are all made from scratch and, using a butter- and egg-free recipe, are also completely vegan. 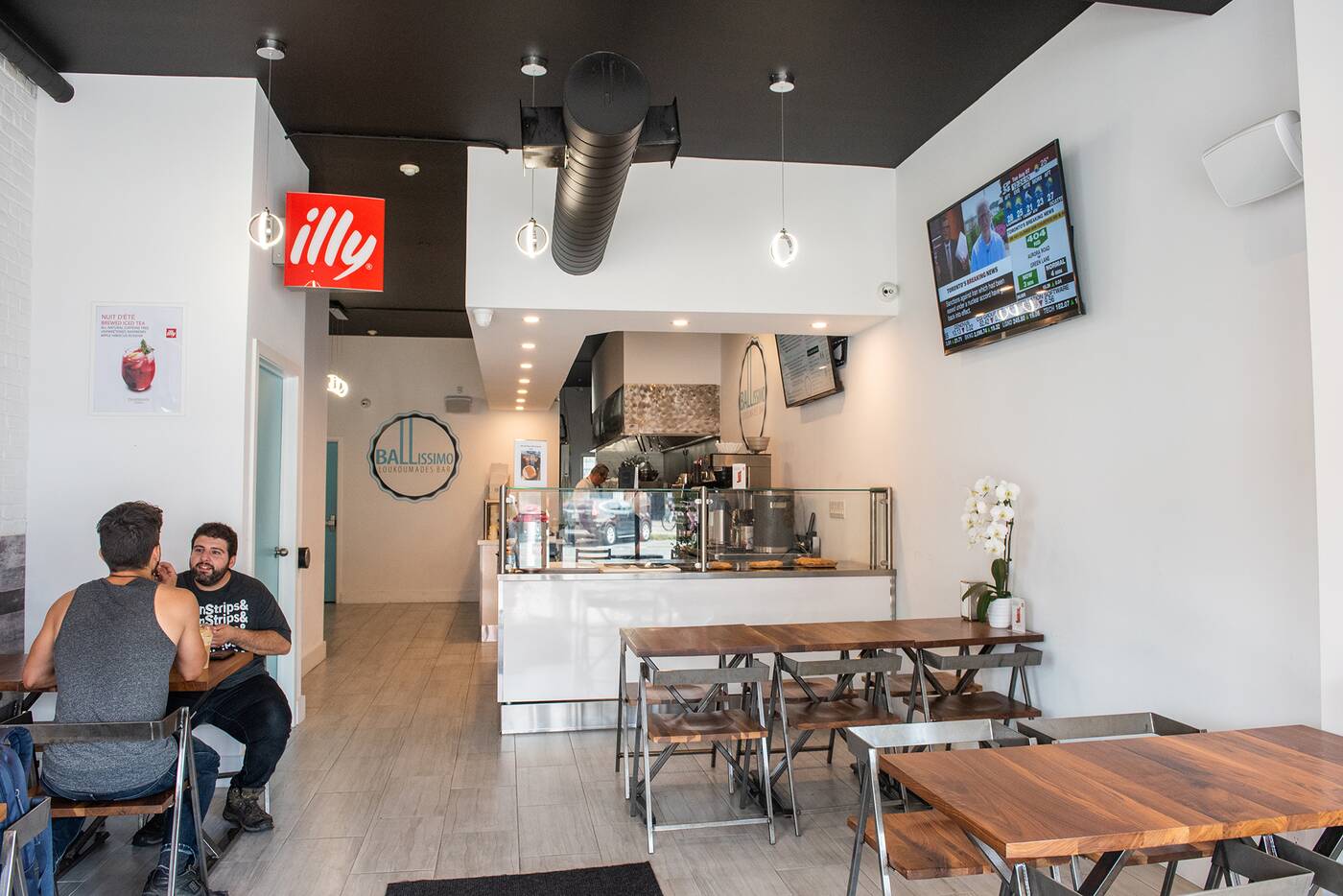 Despite what its name might insinuate, the cafe and bakery is not an Italian endeavour. Samantha Mourgas and her husband Peter, a Canadian-born Greek couple, are aware that while 'bellissimo' might be an Italian word, their name is actually a play on loukoumades—'balls.' 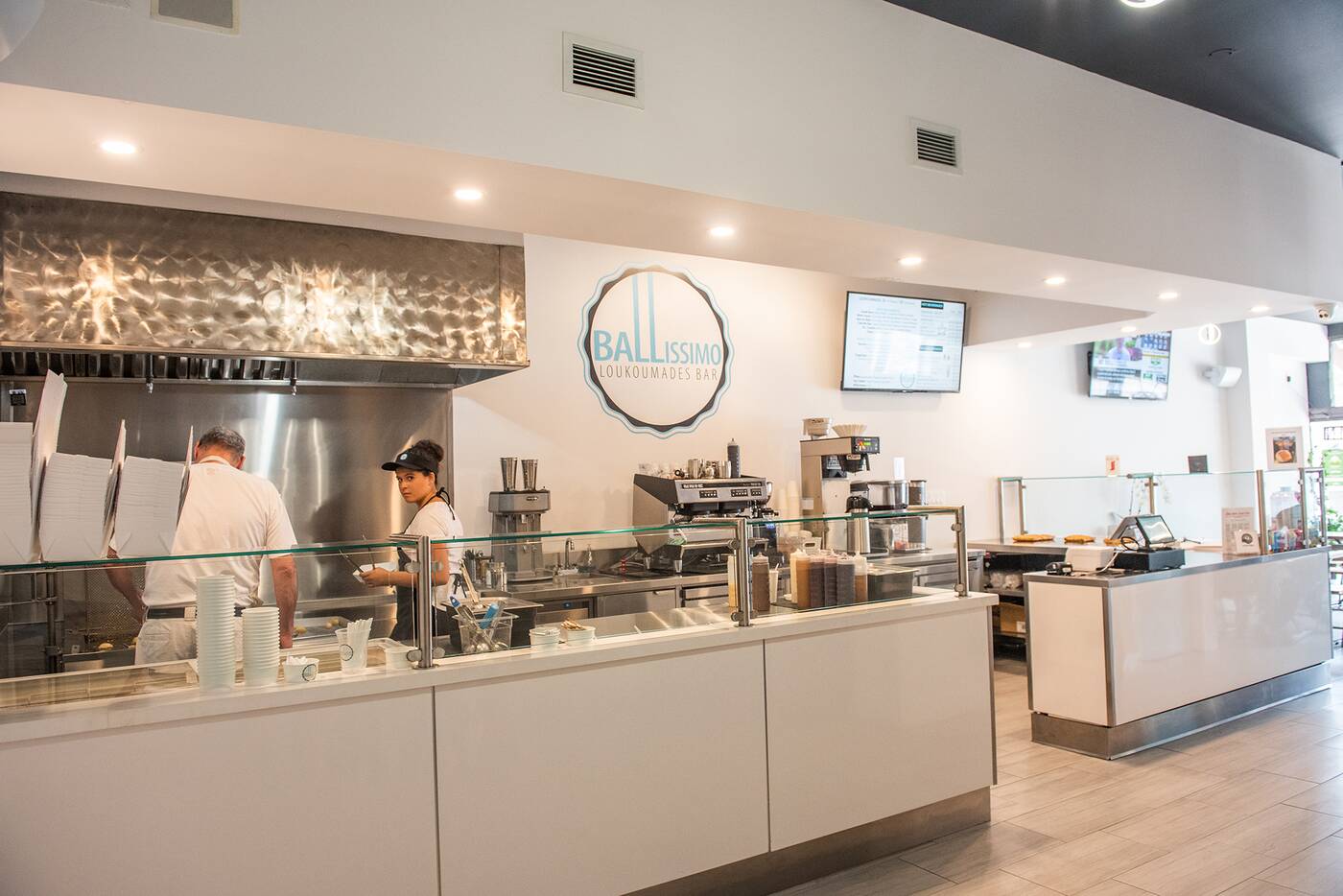 Their menu is equally playful (they have an option called "Nuts for Balls") and their airy store is a pretty reprieve from the chaotic, industrial intersection of O'Connor and Coxwell outside. 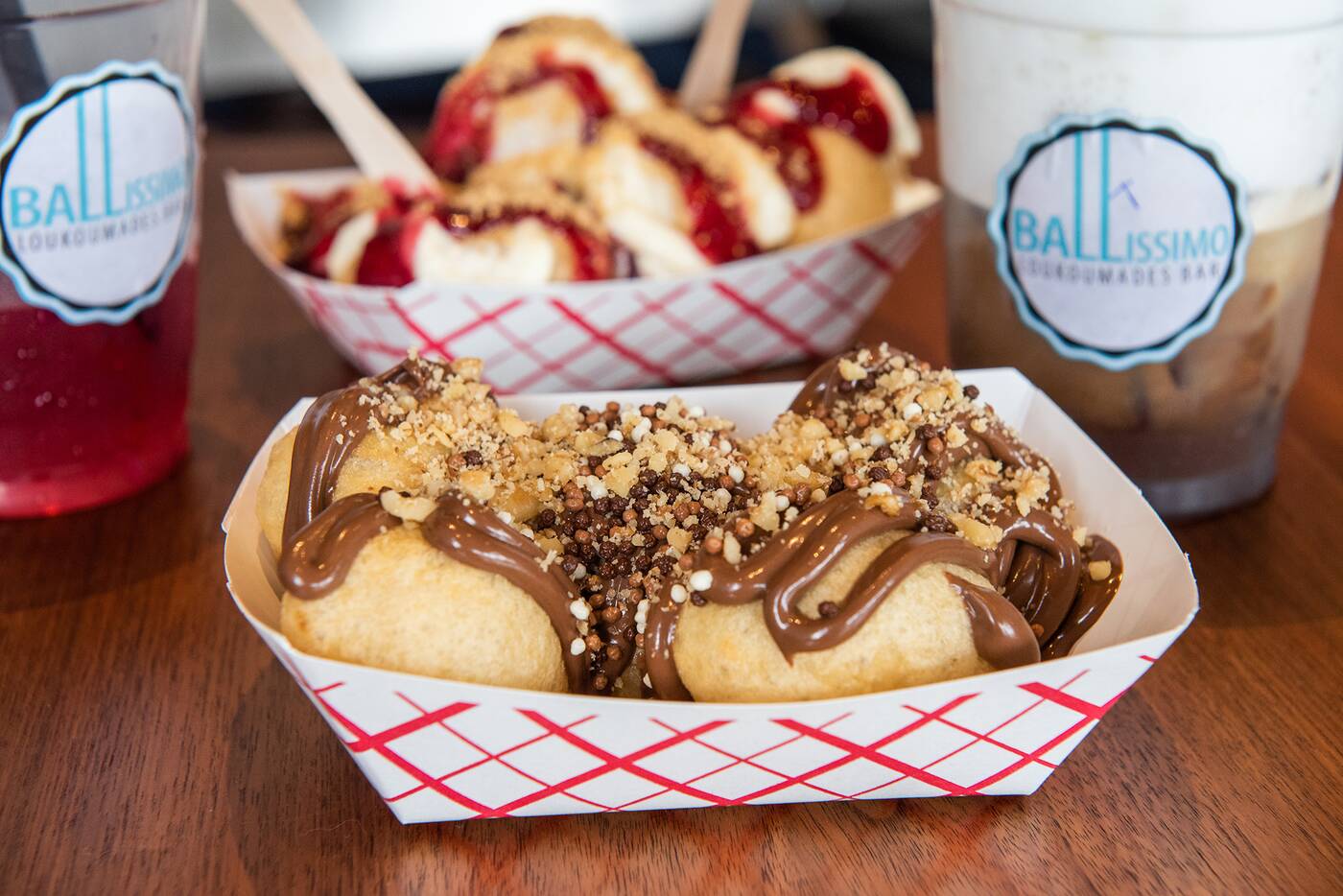 Unlike the loukoumades sold at many bakeries around Greektown and Pape Village, Ballissimo's honey balls are fried fresh-to-order, unlike the hard, frozen ones—still delicious in their own right—usually served from behind bakery counters. 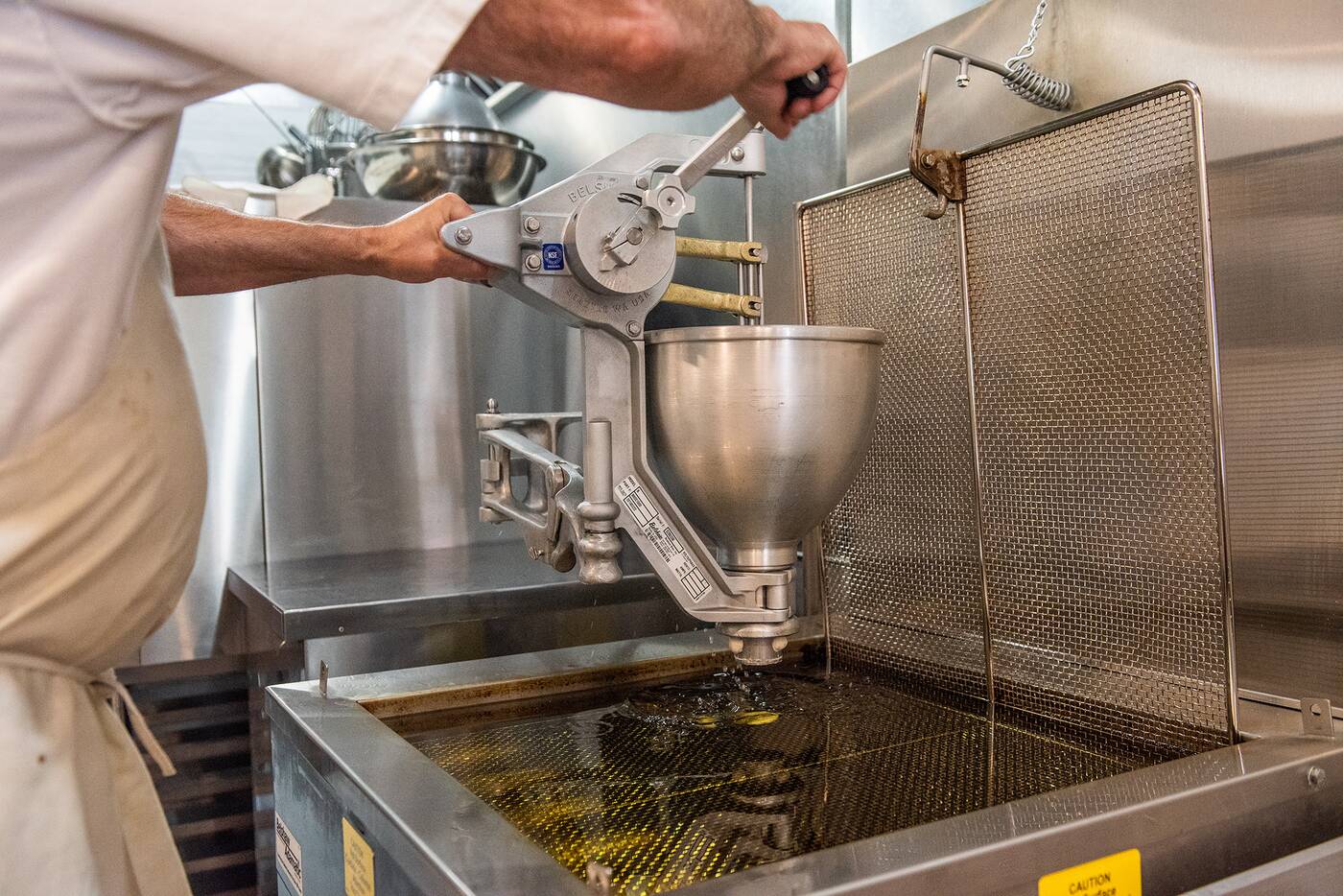 Housemade batter is put in a specialty hopper machine, which Peter hand-cranks to churn out three balls at time. The balls plop right into the fryer before being scooped out to cool. 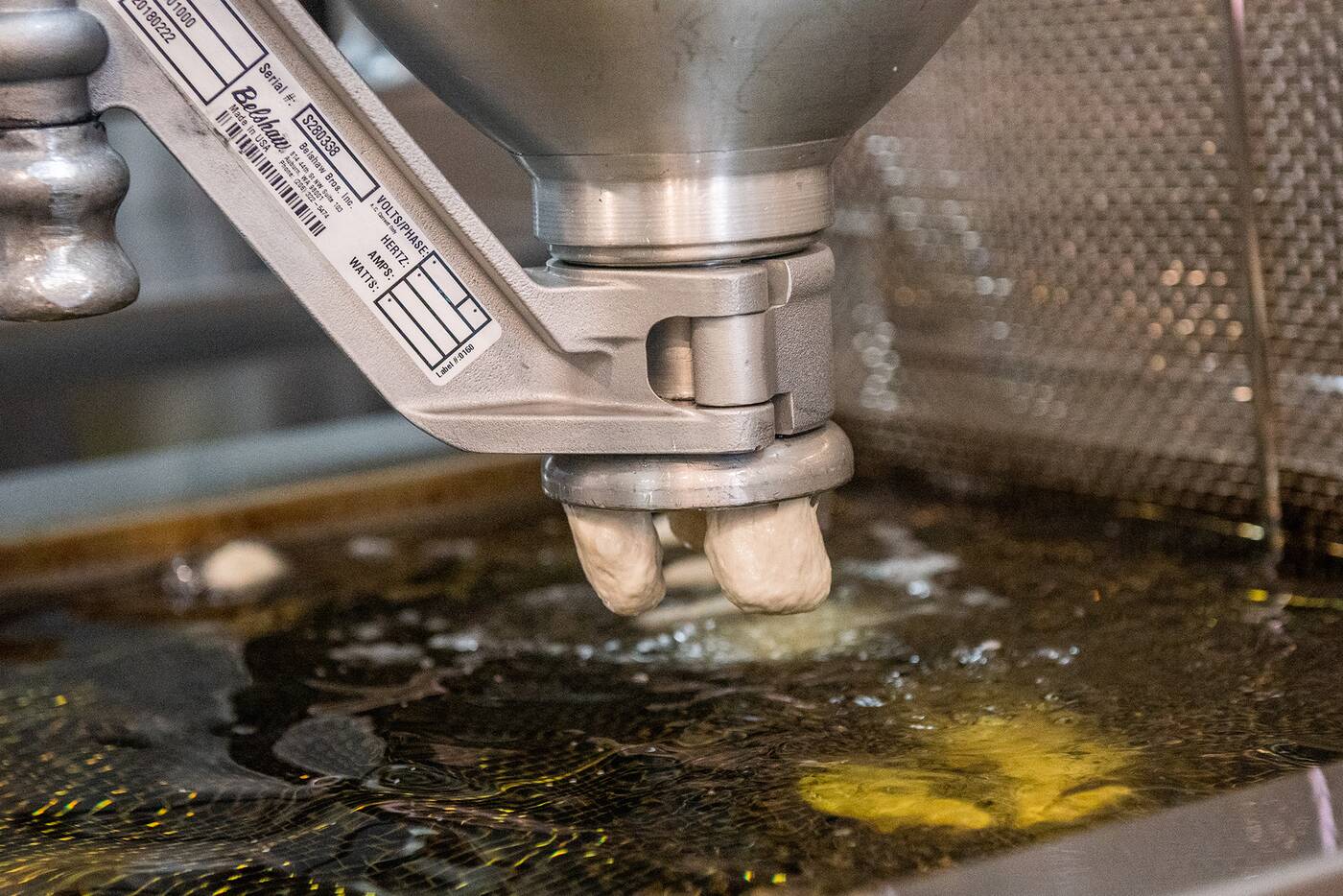 Peter, who used to work the night shift at Tim Hortons back when doughnuts were still handmade, says it took a while to nail down the recipe, but the result is some of the best loukoumades I've ever had. 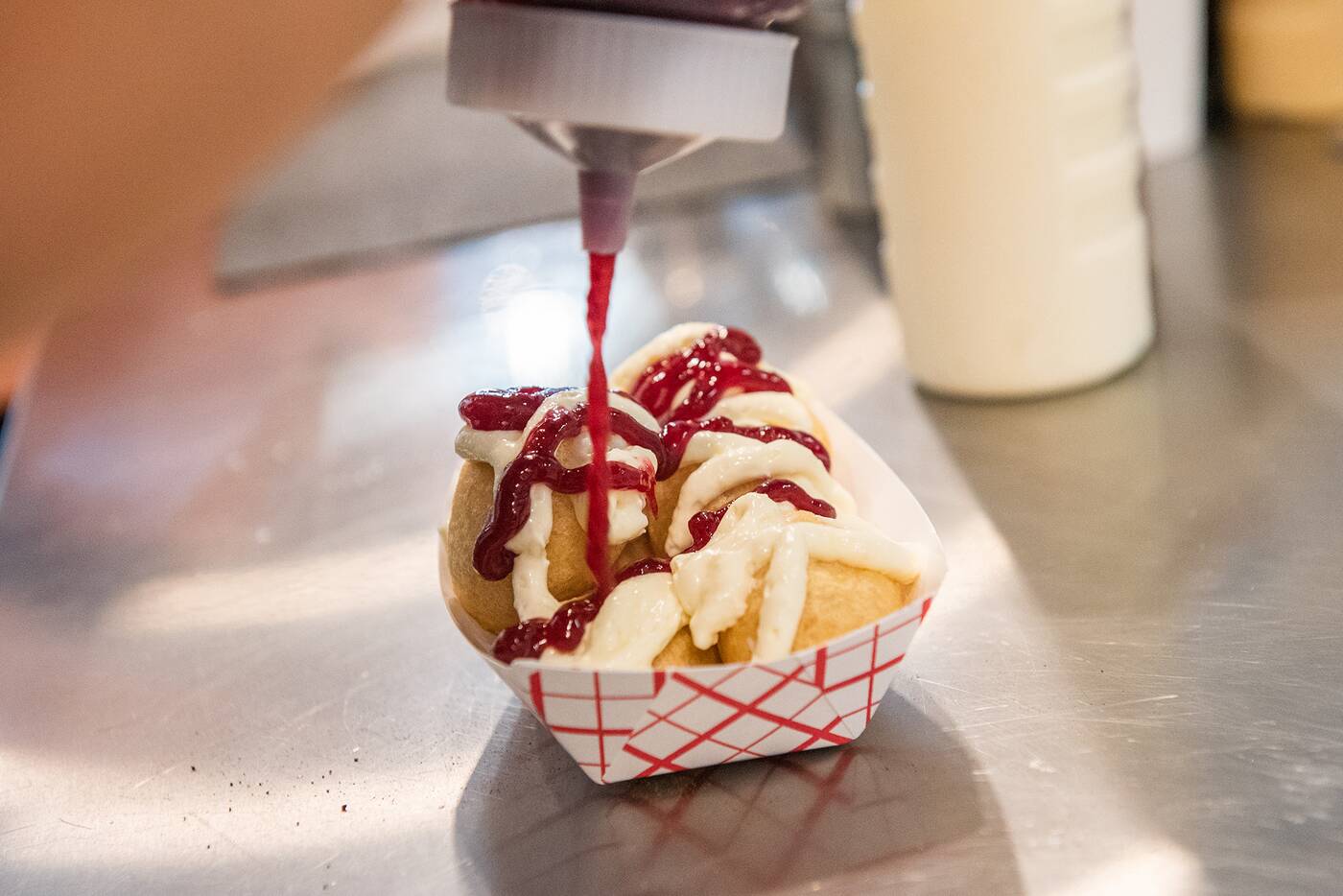 Crispy on the outside and soft on the inside, these balls don't explode with honey in your mouth like others I've tried. They're definitely chewier, but without an overwhelming bread-y taste. They're also larger than the average, and come hot. 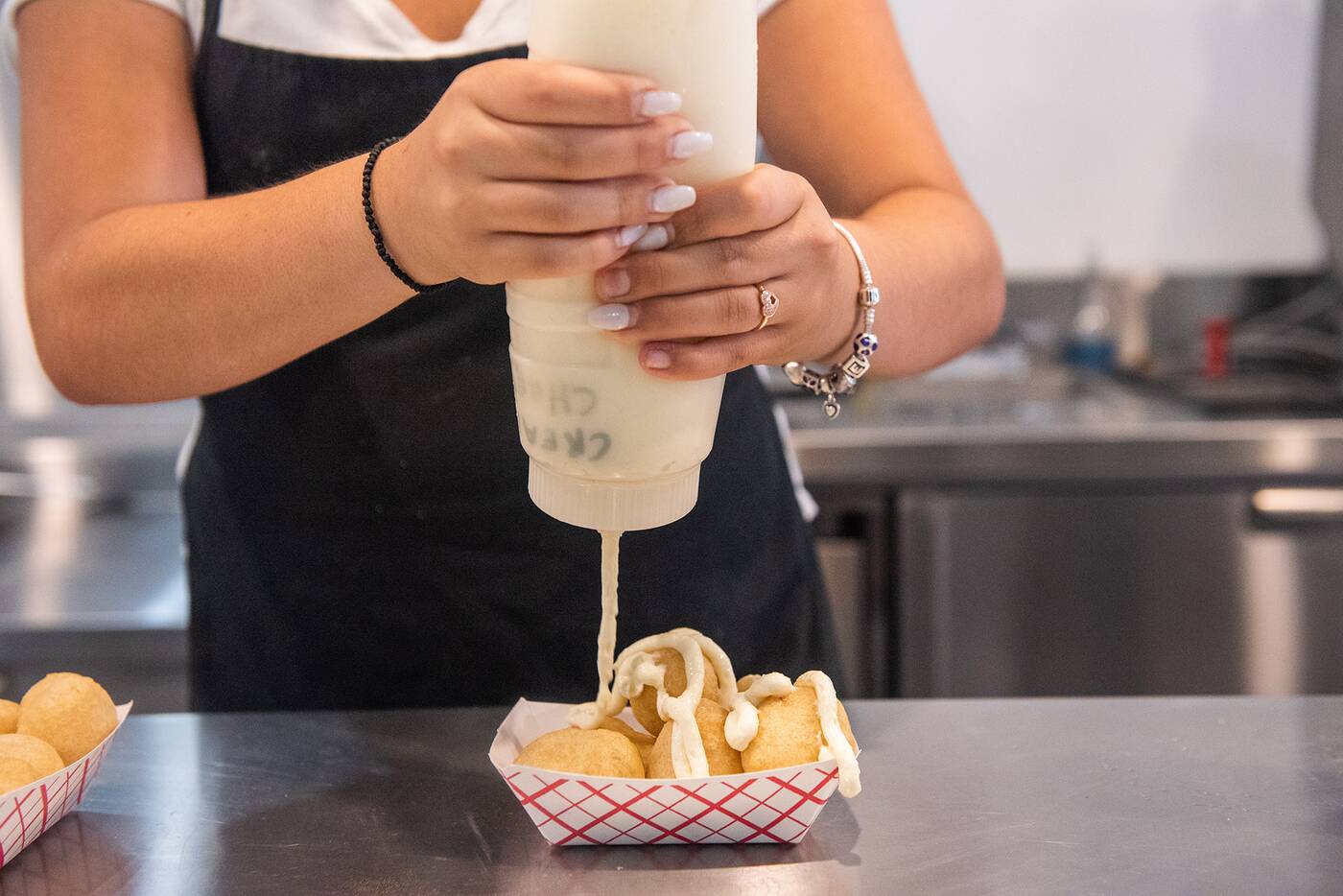 For $6 you can get 10 pieces, for 30 pieces it's $15. Every order comes with your choice of one sauce and one topping, with an option to add extra for 50 cents each, or a scoop of ice cream for $1.50. There's eight flavours of scoops, like cherry cheese cake or cookies and cream. 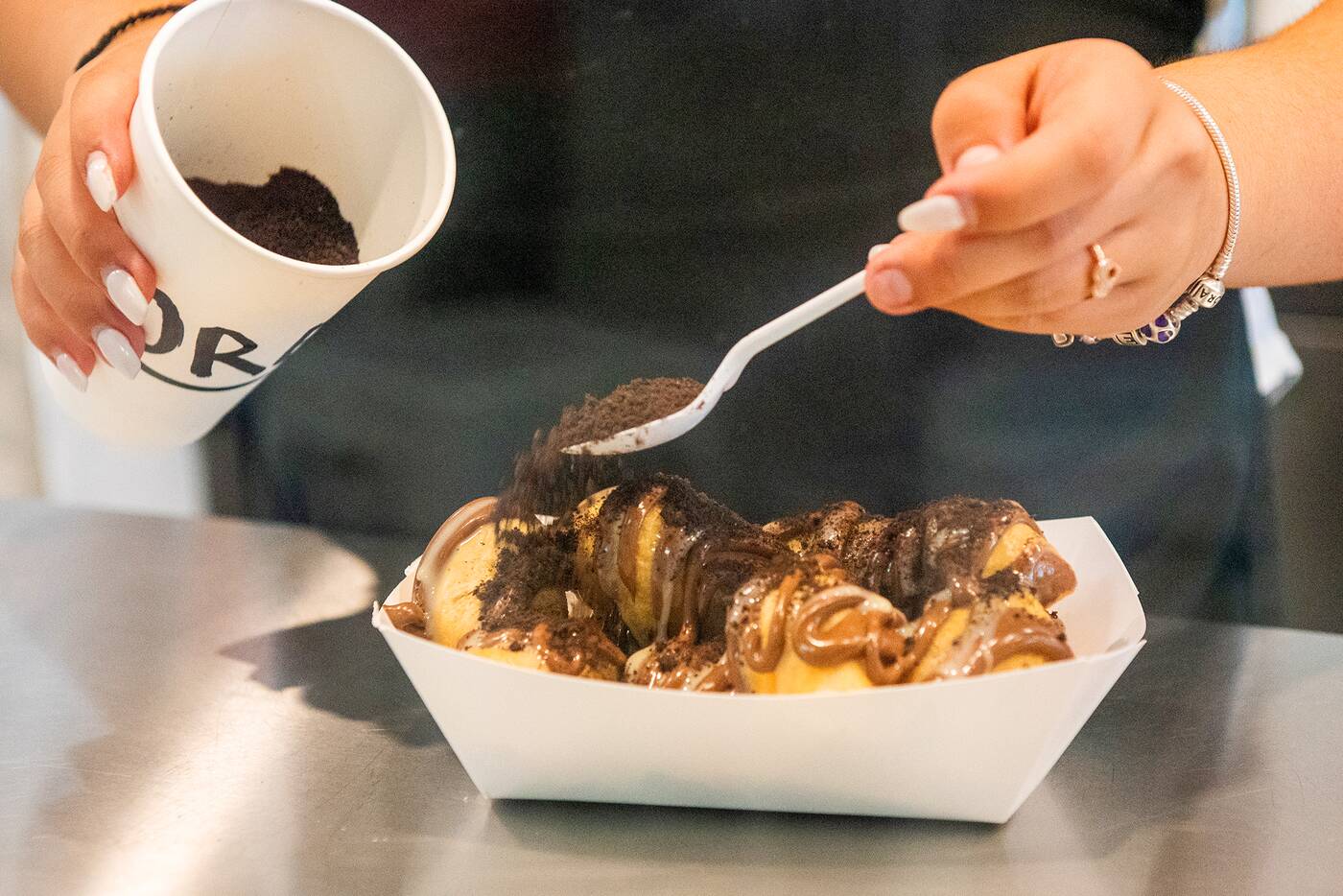 If you can't decide from the list of nine tempting sauces like maple syrup cream and toppings like Oreo crumble, six pre-chosen combos are available for you to choose from. 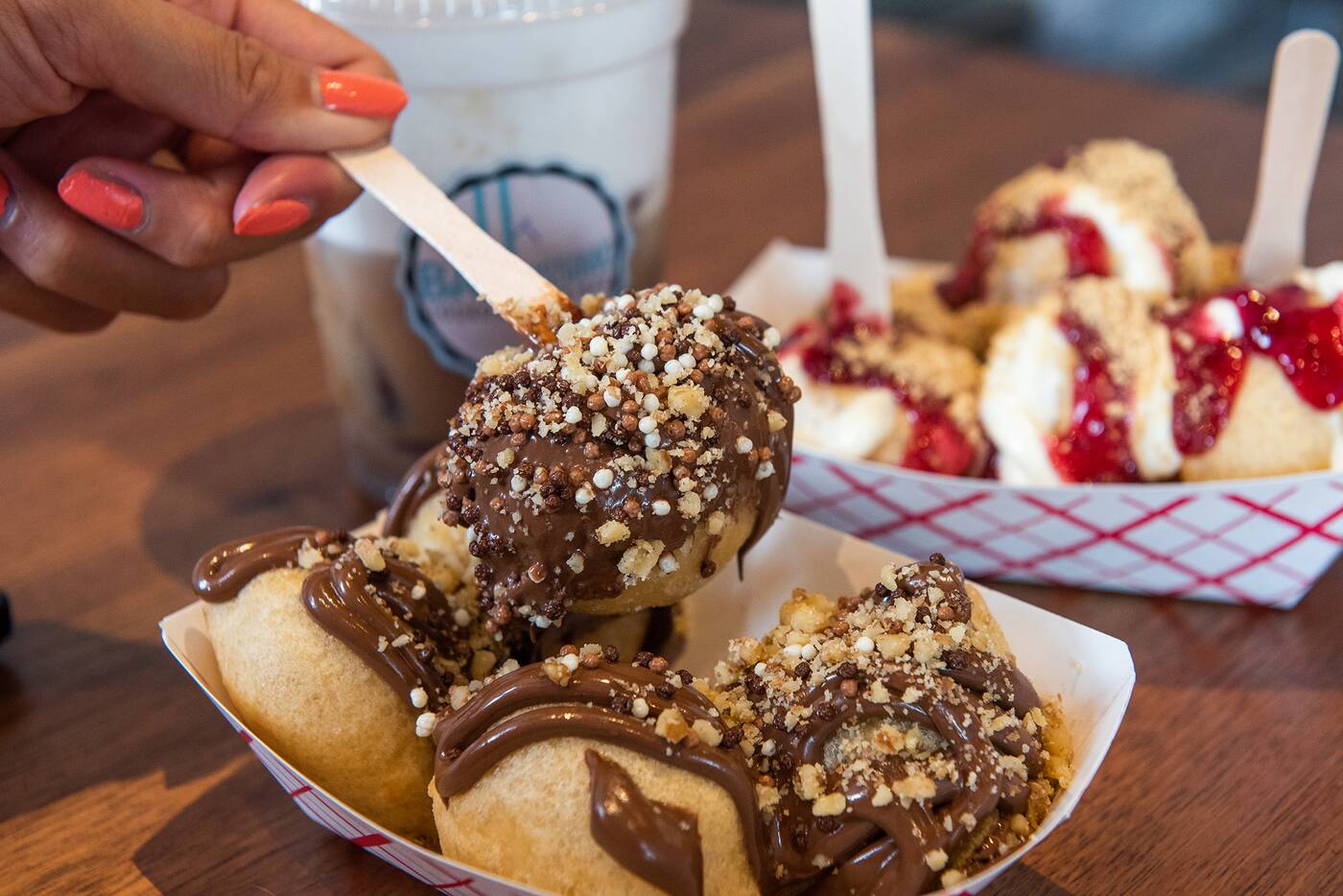 The Greek Hero is a mix of honey glaze, cinnamon and walnut sprinkles. 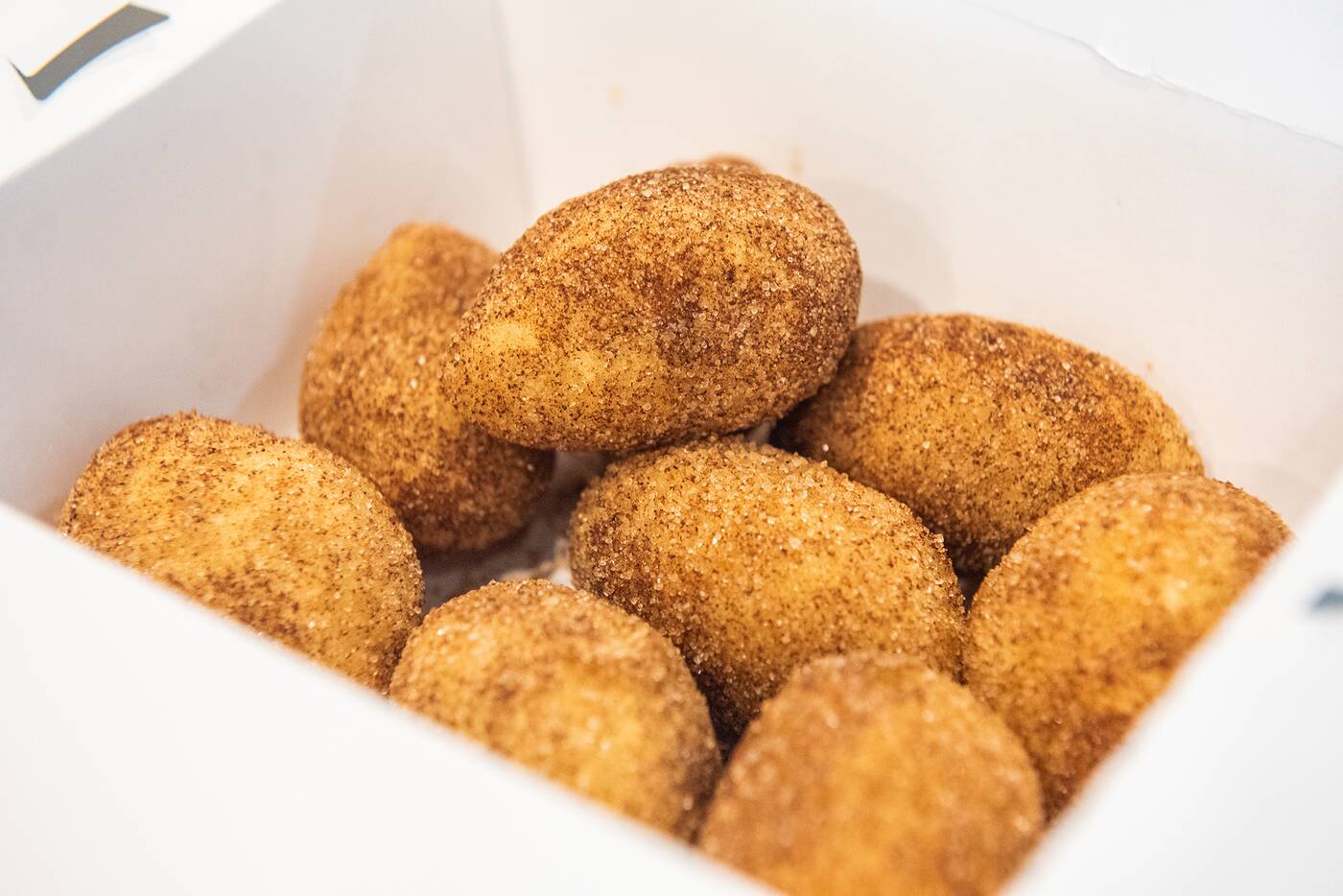 Sugary Sweet is a simple combo of organic sugar and cinnamon. 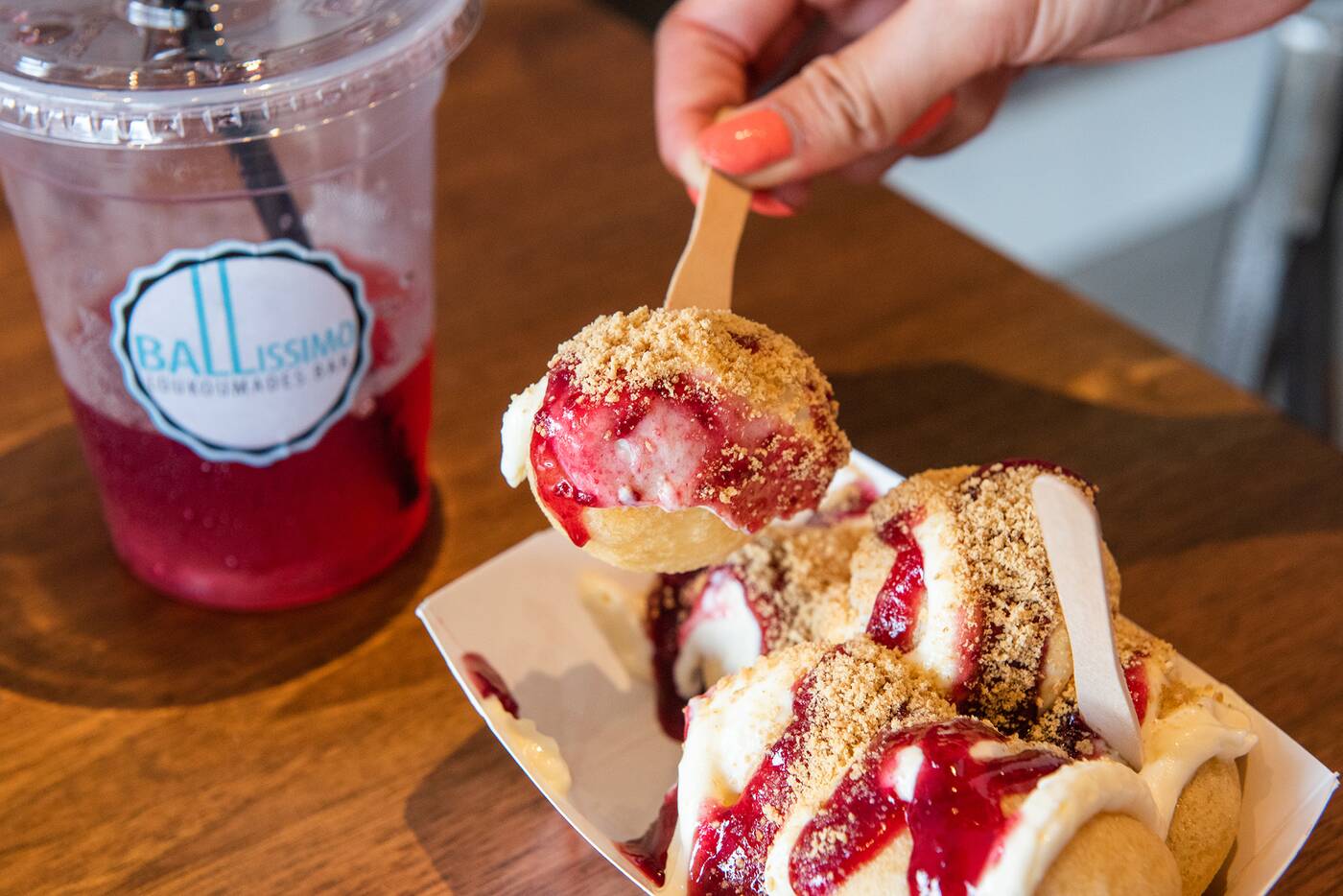 The Cake By Day is ridiculously good, with cream cheese, fruit topping and Graham crackers. 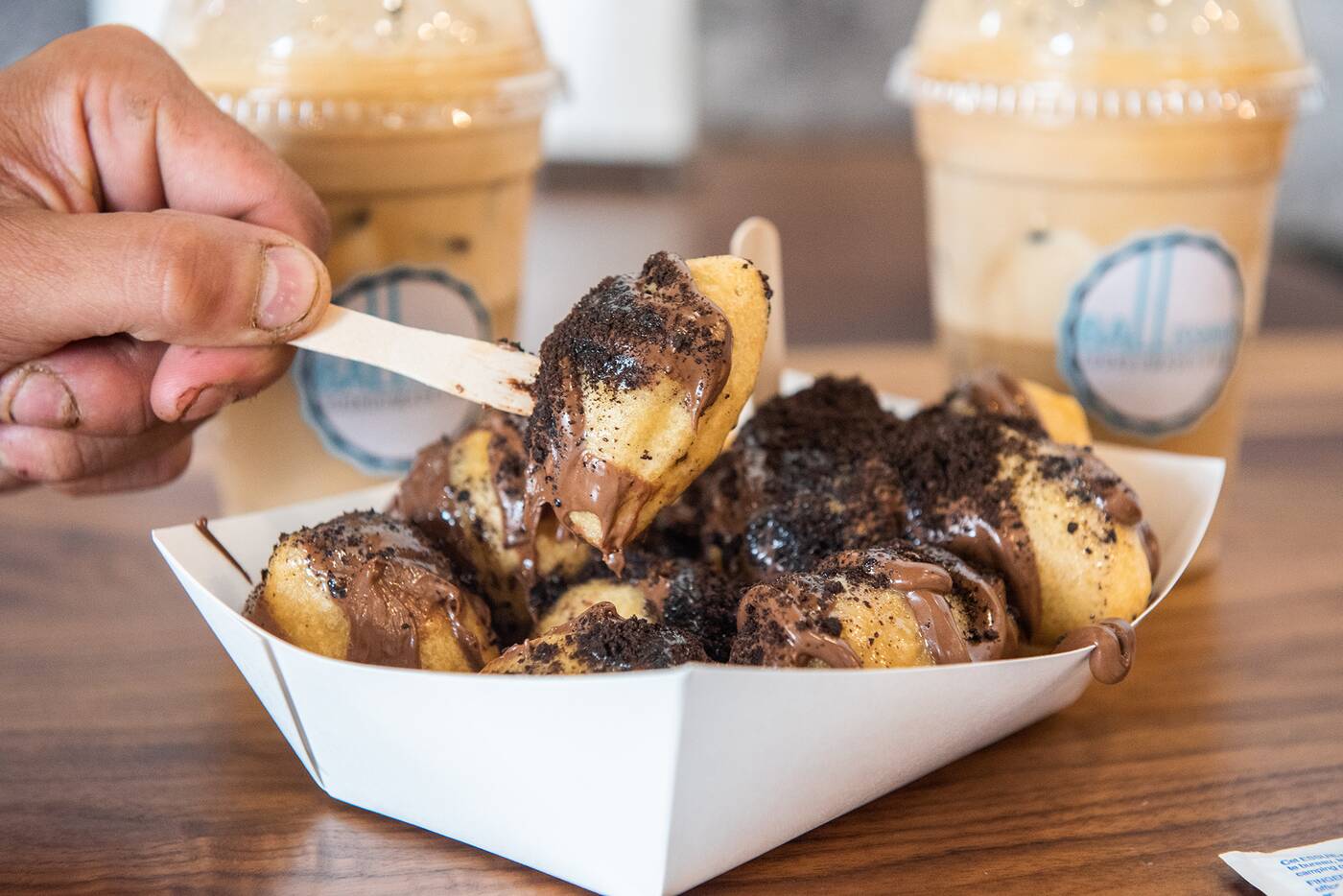 Not on the menu is a Joe Special, named after a regular who we happened to meet, which is a mix of Nutella drizzle with Oreo crumble and white chocolate. 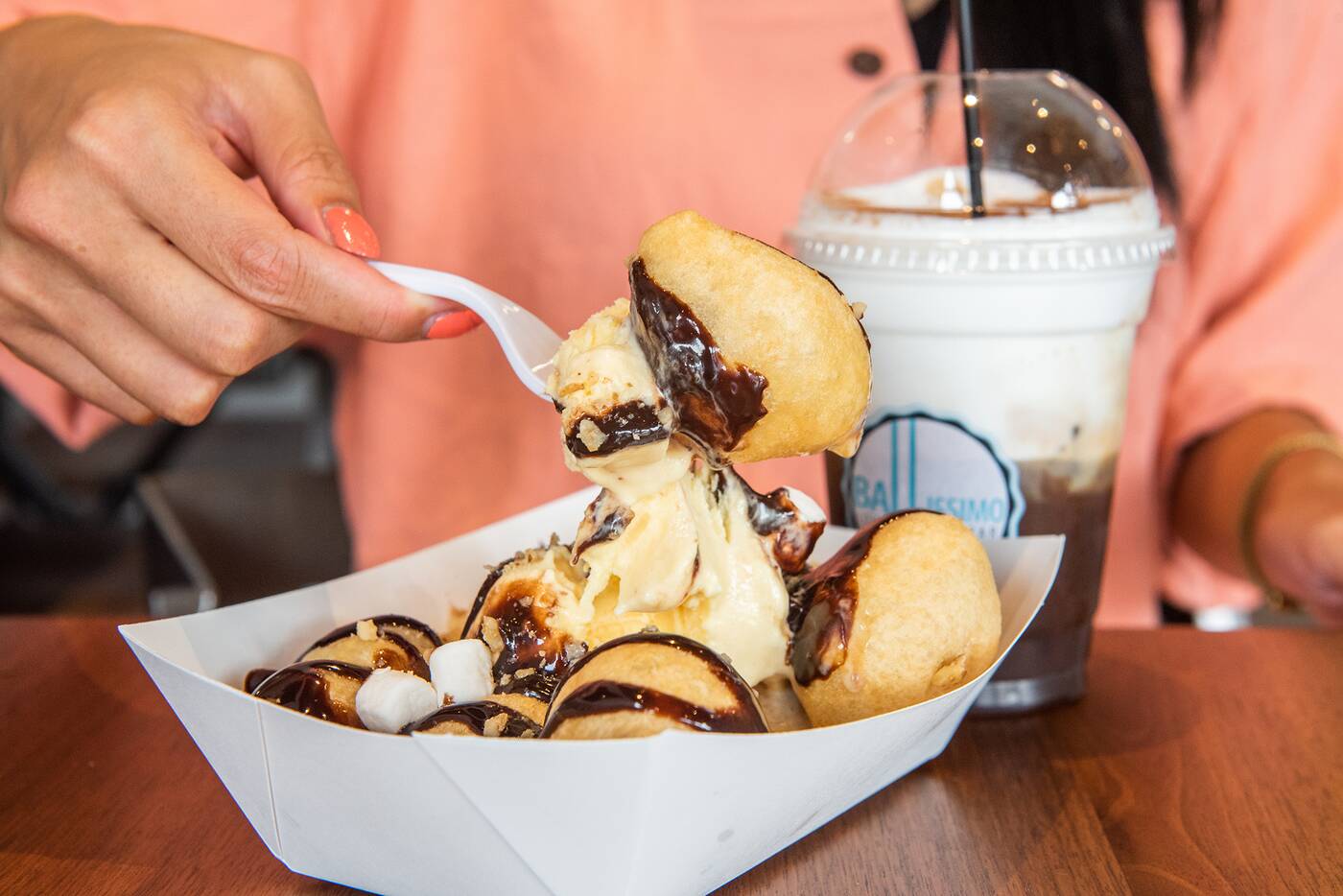 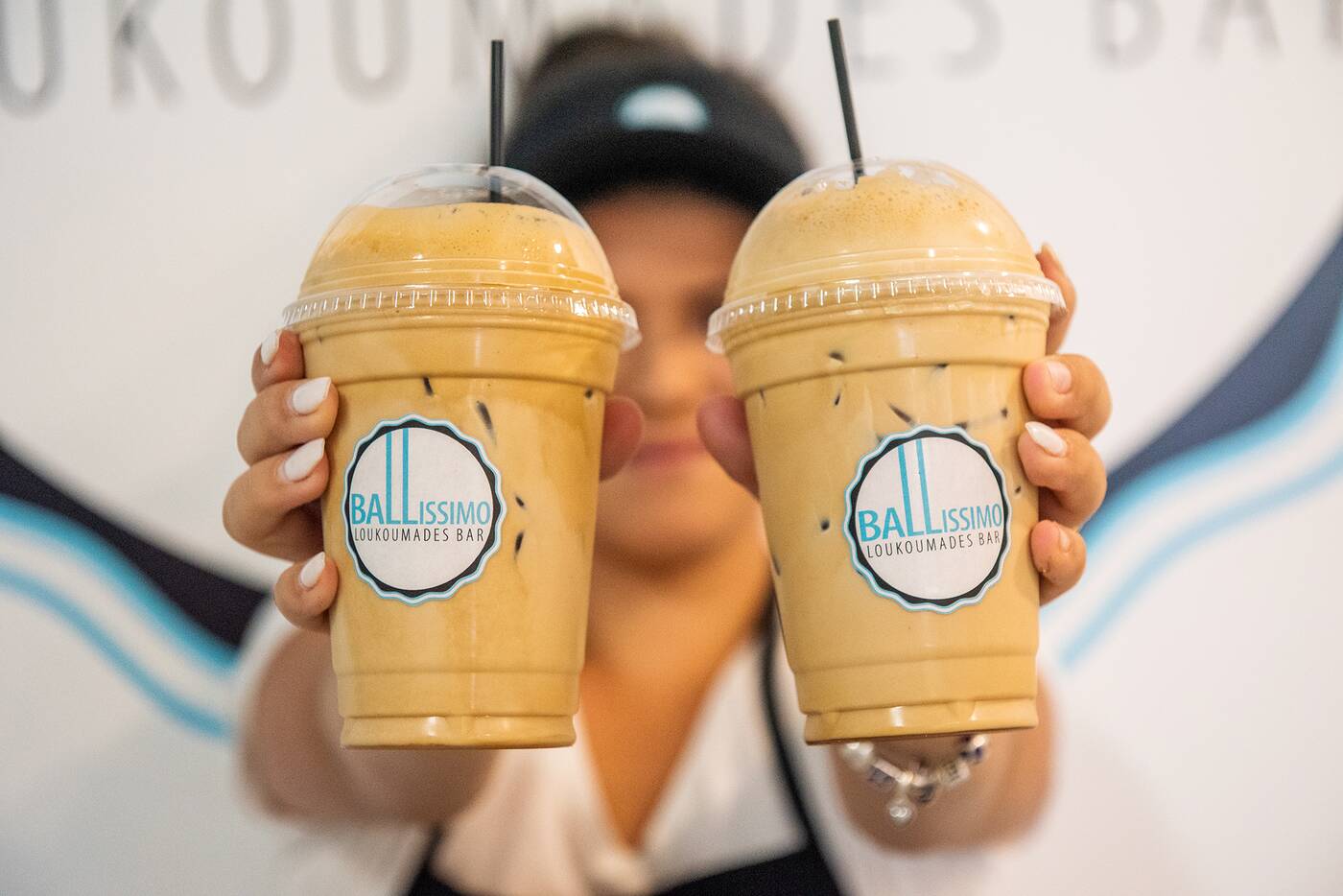 As for drinks, the menu of caffeinated stuff is surprisingly tempting as well. 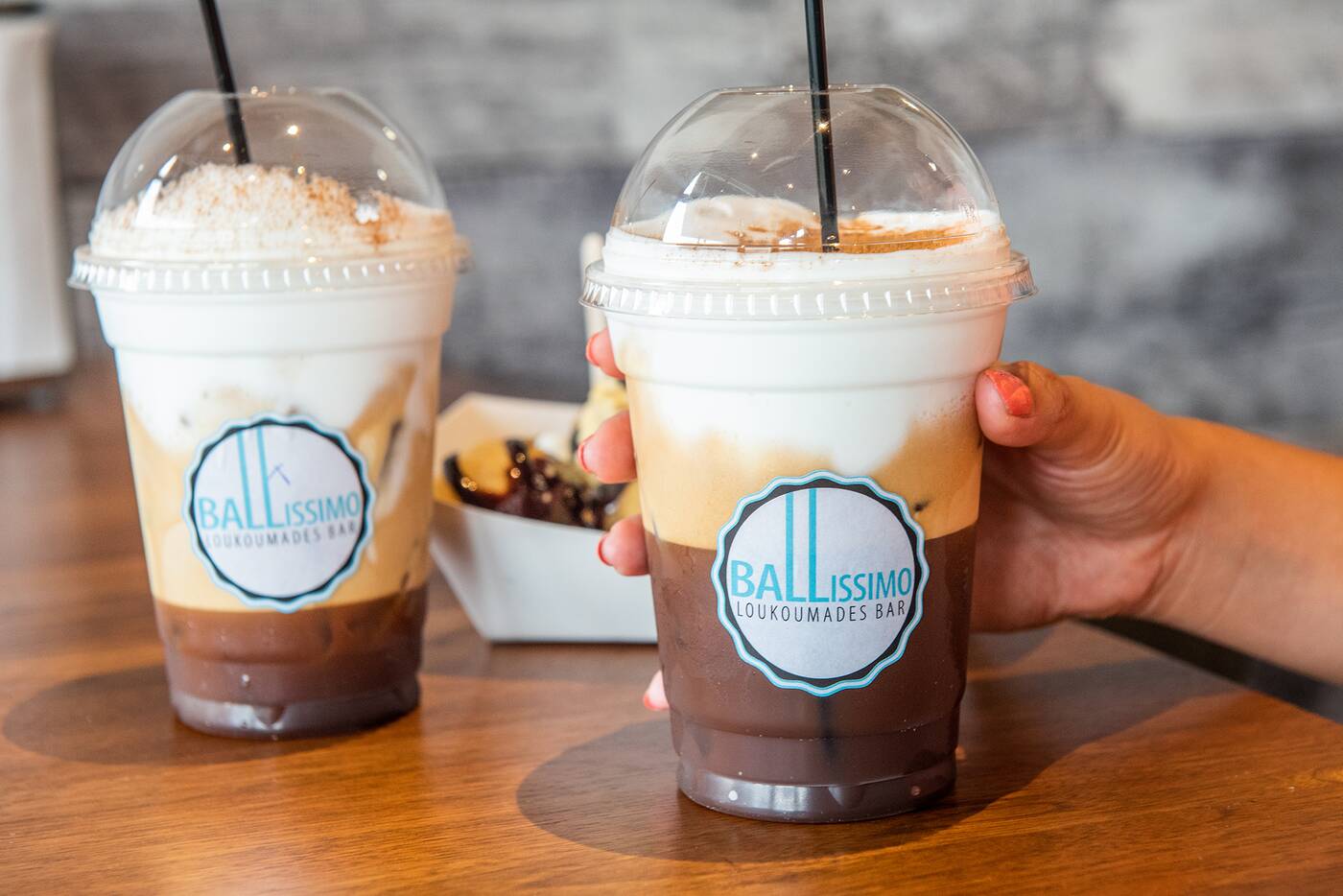 Unlike every other drink, the Frappe doesn't use Illy coffee, instead using Nescafe powdered mix coffee whipped with water and ice to create a three-tone drink. The Freddo cappuccino is a whipped espresso with a layer of frothy milk.

While anything deep fried and soaked in honey is bound to be good, the loukoumades from Ballissimo are especially impressive. 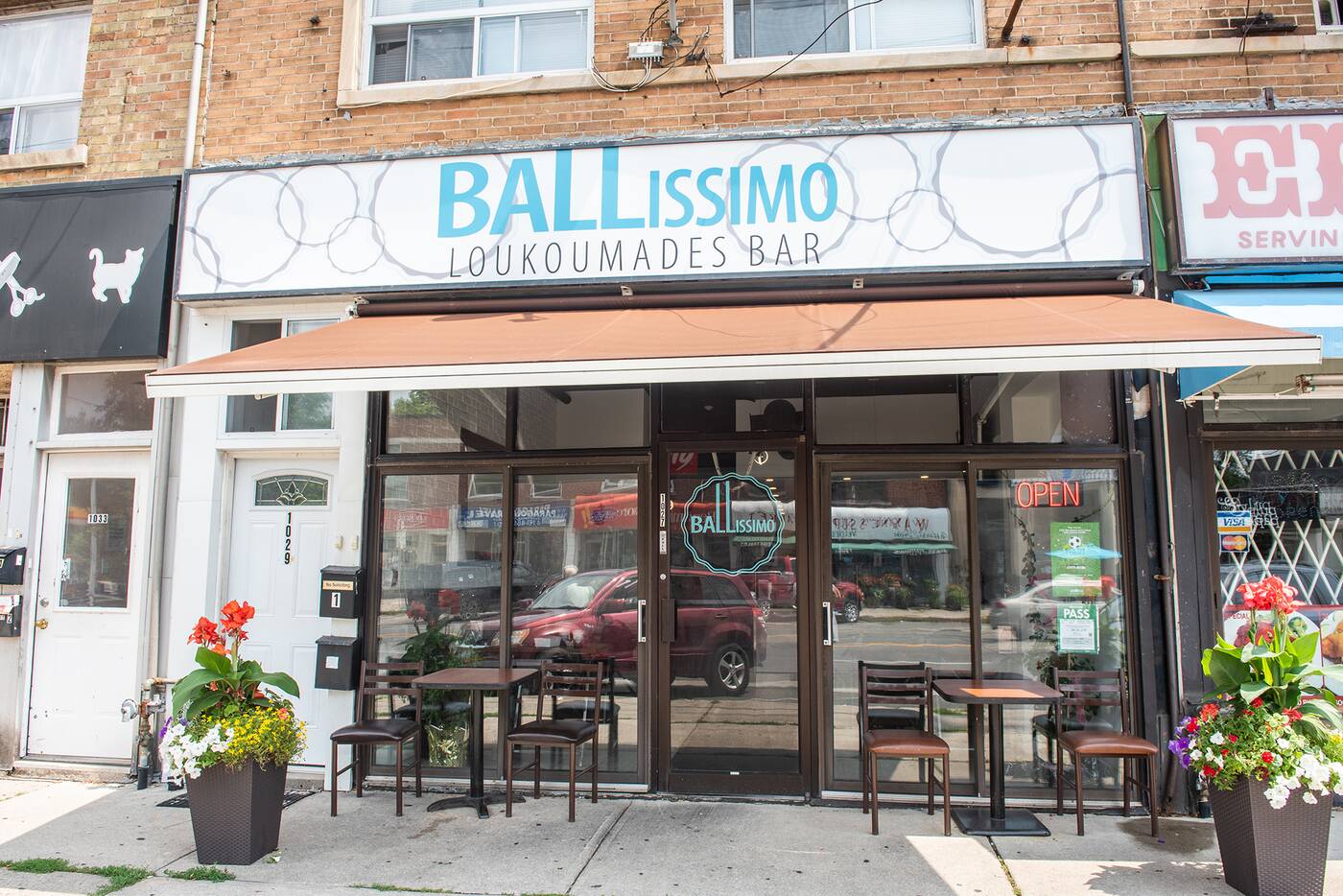