Noctua Bread was born through a series of pop-up events, where they continually sold out of fresh bread and pastries, every single week for months.

Owner Daniel Sáez grew up in Caracas, Venezuela, where he was surrounded by bakers in the area where he lived.  Sáez learned some of his present-day techniques from watching them when he was a kid. 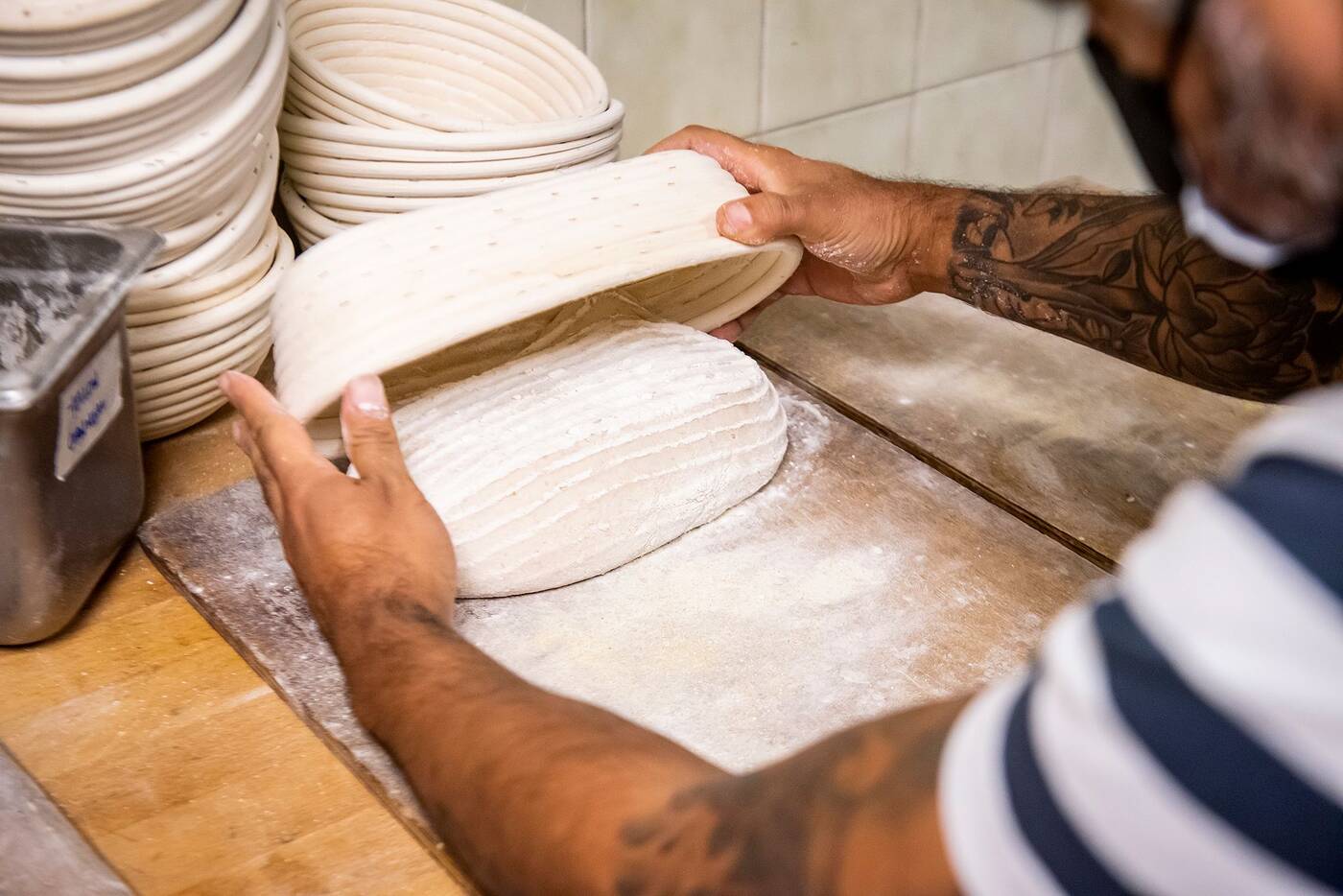 Nowadays, Sáez has gained years of experience in the pastry world, he's managed kitchens and baked for the likes of Sud Forno, Terroni, and the Beet, which has since closed. 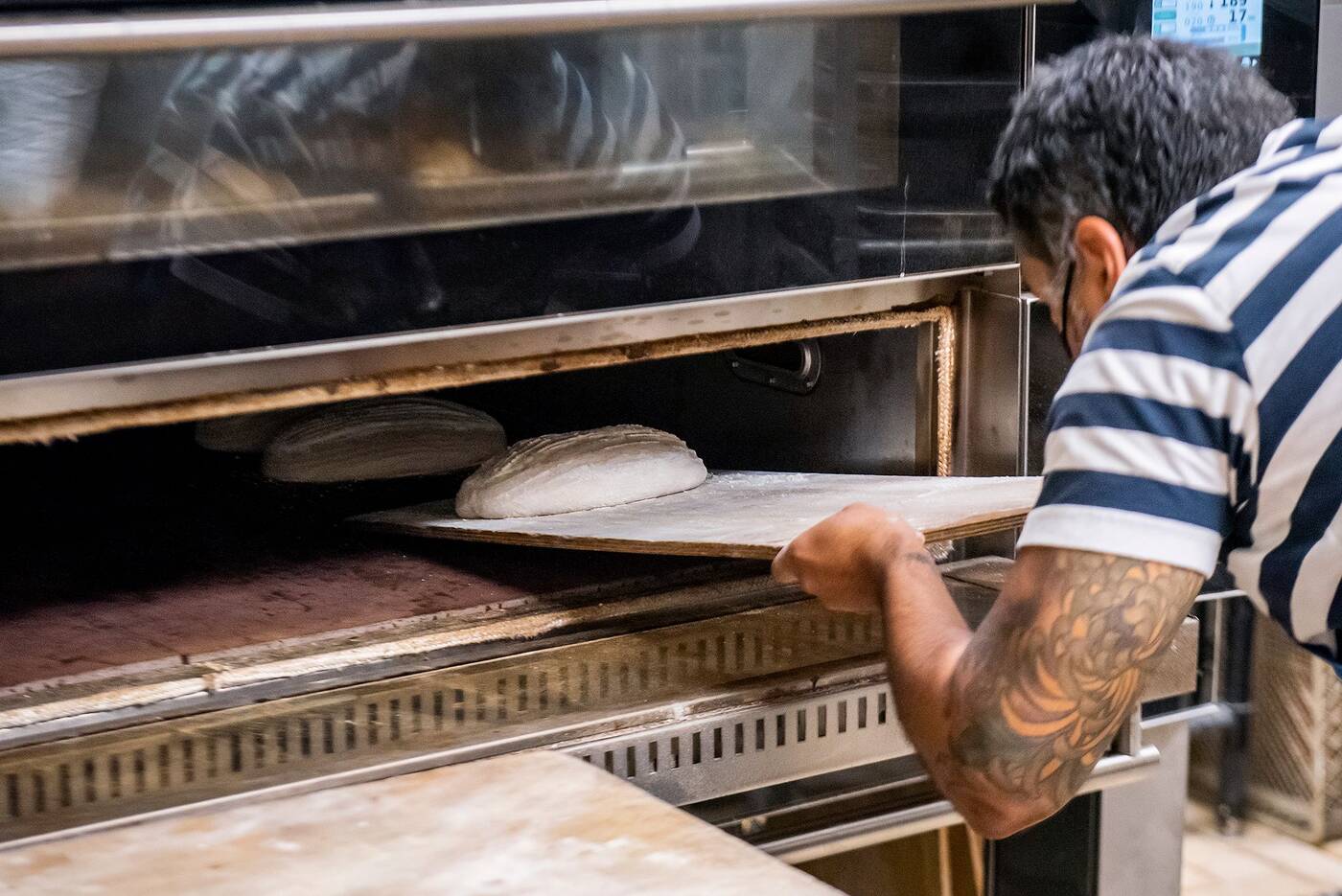 In December 2020, Sáez spent most of his spare time baking at home, when he decided one day that he wanted to create a business out of his passion. 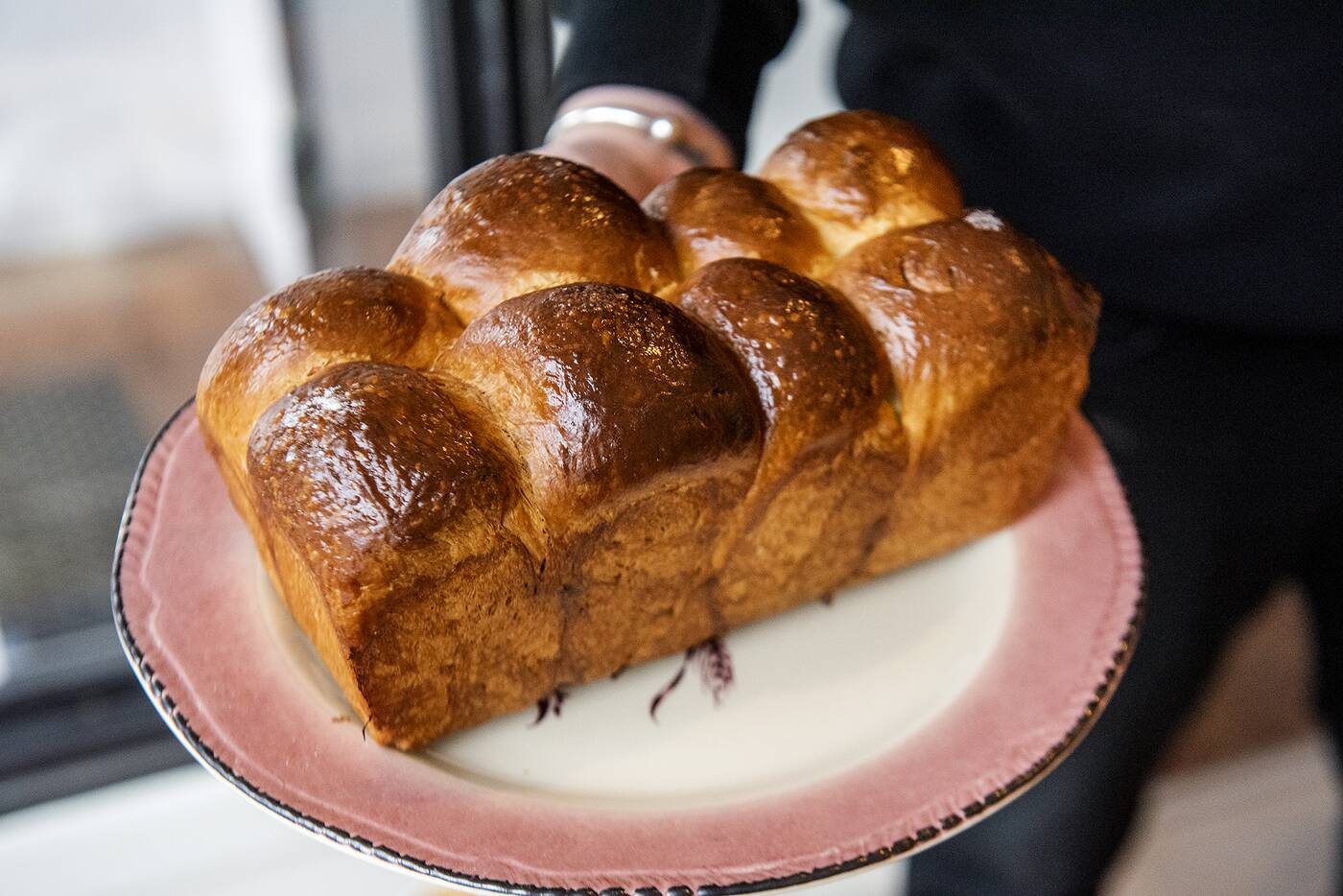 During this time, he was a kitchen manager at The Beet, and held a series of pop-up events at the restaurant, for his forthcoming business Noctua Bread. 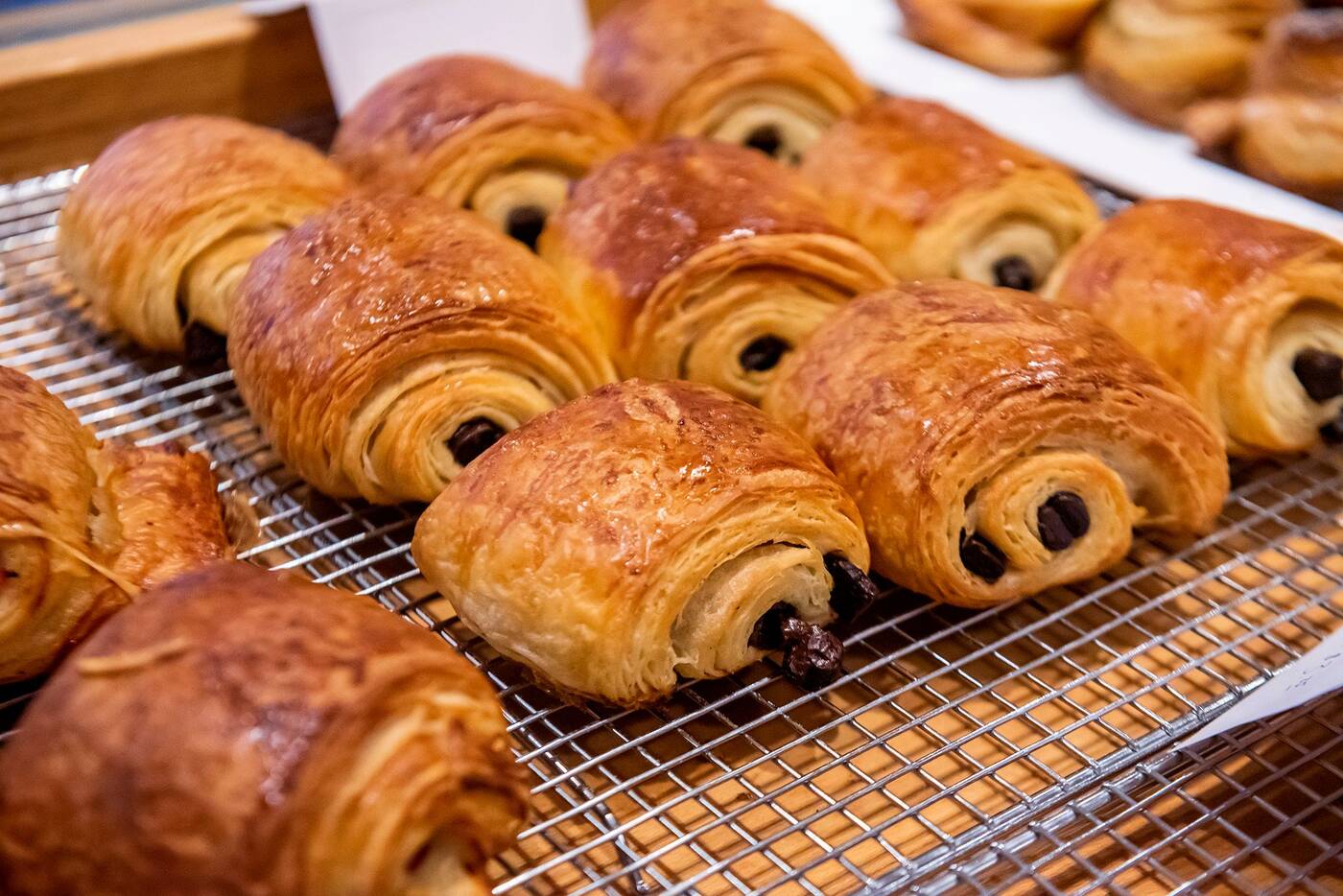 Every Saturday from December to February, Sáez would sell out of the fresh bread and pastries he made for the pop-ups, which prompted him to want to open a brick and mortar store for the business.

In Spring of 2020, Vesuvio, a beloved Italian restaurant that was around for 60 years, closed up shop at 3014 Dundas Street West. Shortly after, Sáez viewed the space and decided it would be his new home for Noctua Bread. 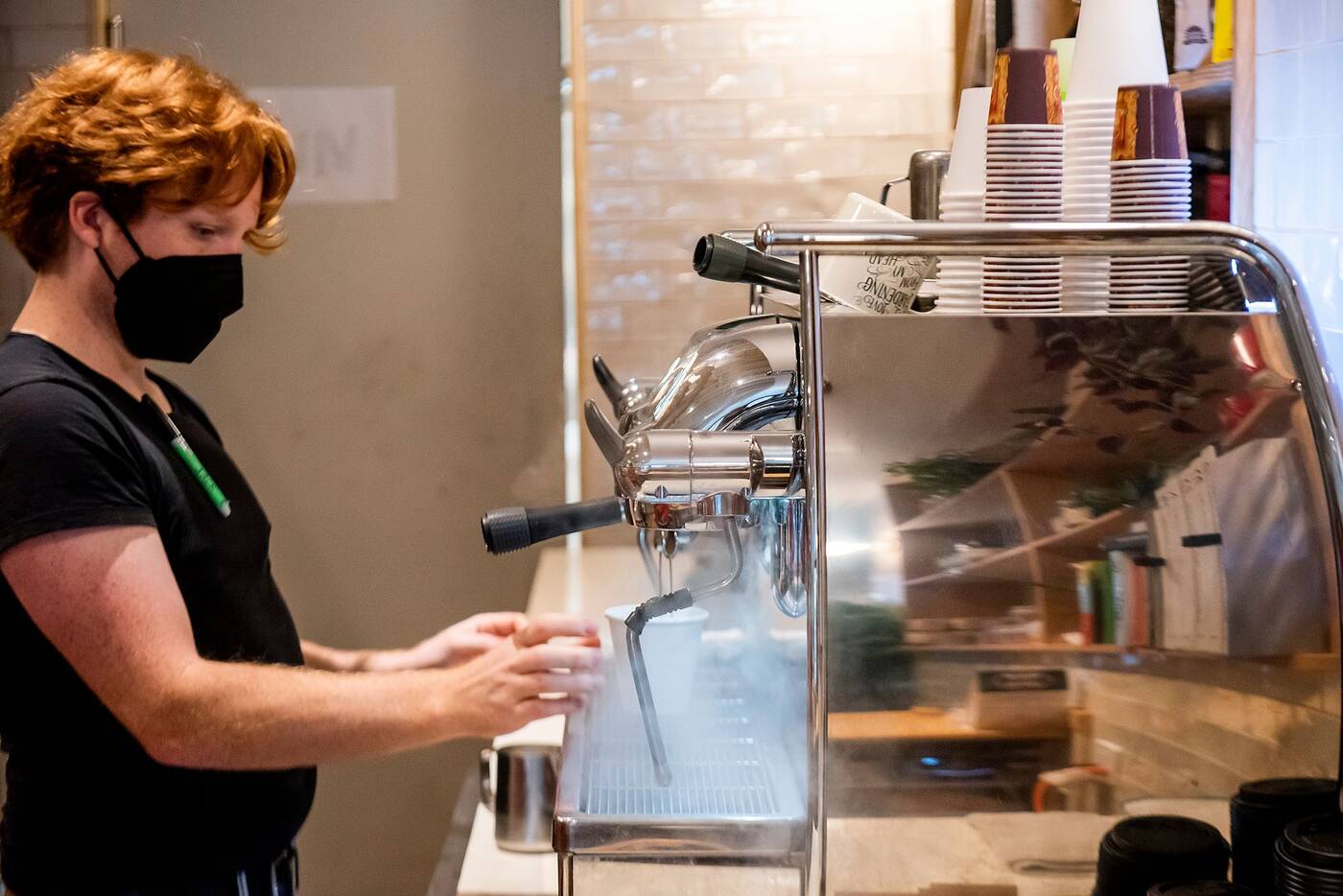 Renovations were completed by late summer of 2021, and the old Vesuvio, was transformed into an artisan bakery.

Noctua translates to "owl" in Latin and was named after a bookstore in Sáez's hometown, a business that survived through floods, fires and financial turmoil, inspiring Sáez to have the same type of resilience in his own store. 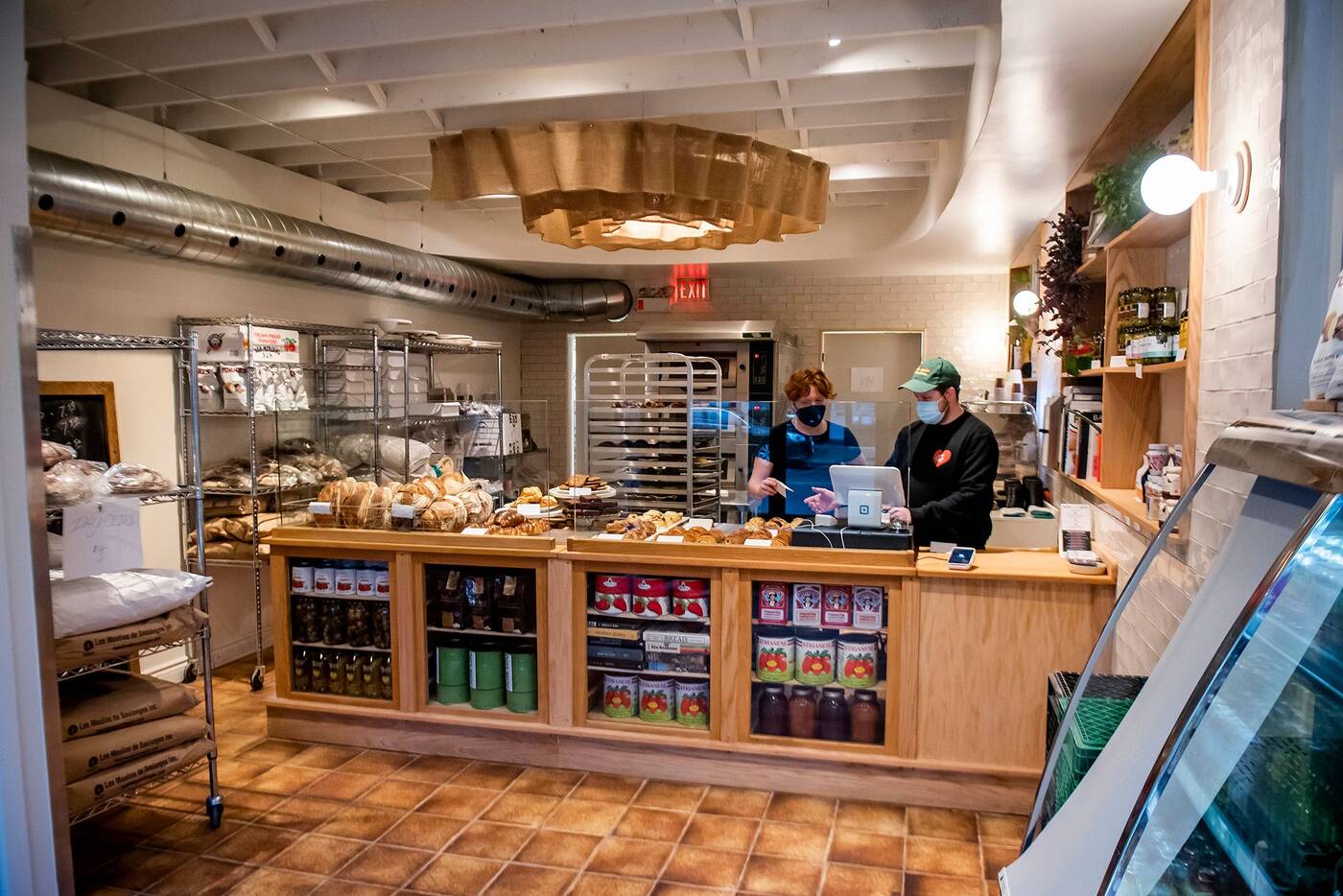 Walking into Noctua Bread today resembles the feeling of biting into oven-baked bread, especially if you visit in the early morning, when everything is baked fresh in the pastry kitchen that sits at the back. 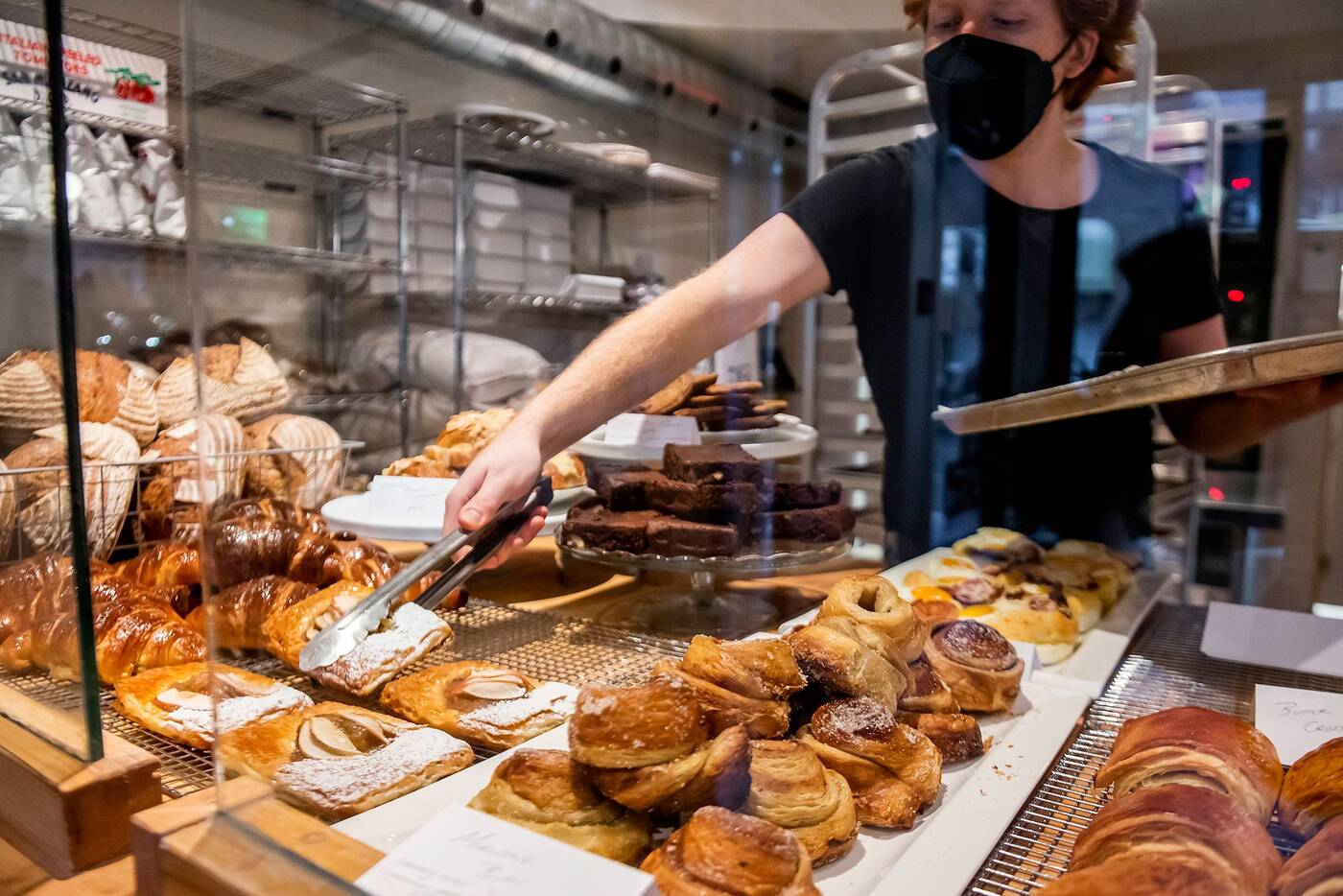 Warm lighting washes over the space, matching with caramel-coloured tiles and a wooden display counter that pulls you in to see the day's lineup of loafs and pastries. 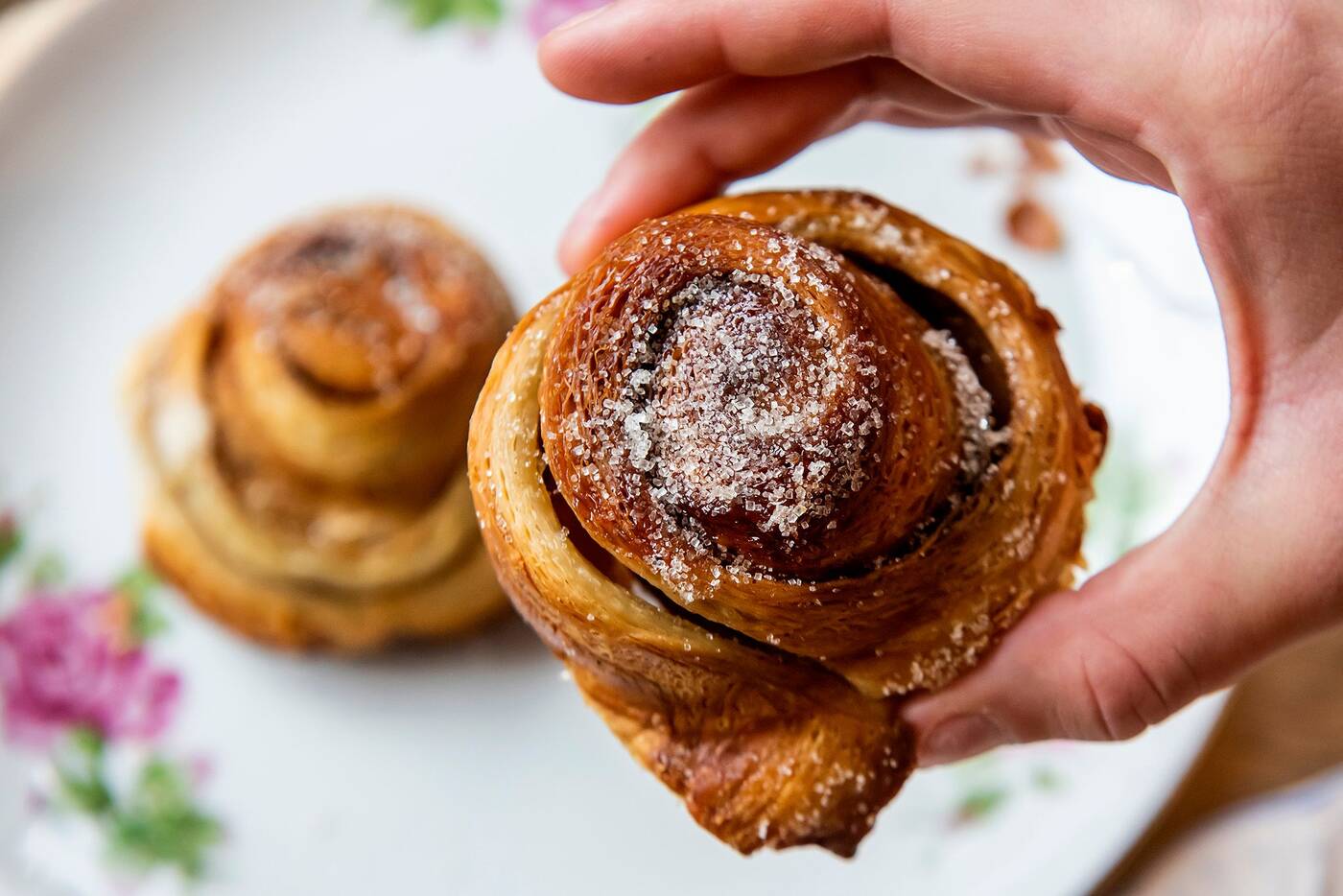 Morning buns ($4.00) are a top-seller at Noctua, it resembles the shape of a cinnamon roll, but without any icing.

Croissant dough is stretched out and spread with butter. Then, Noctua's own sugar mix made with cane sugar, cinnamon, cardamom and lemon zest gets sprinkled on. The sugar sticks to the butter, before getting rolled up and baked in the oven. 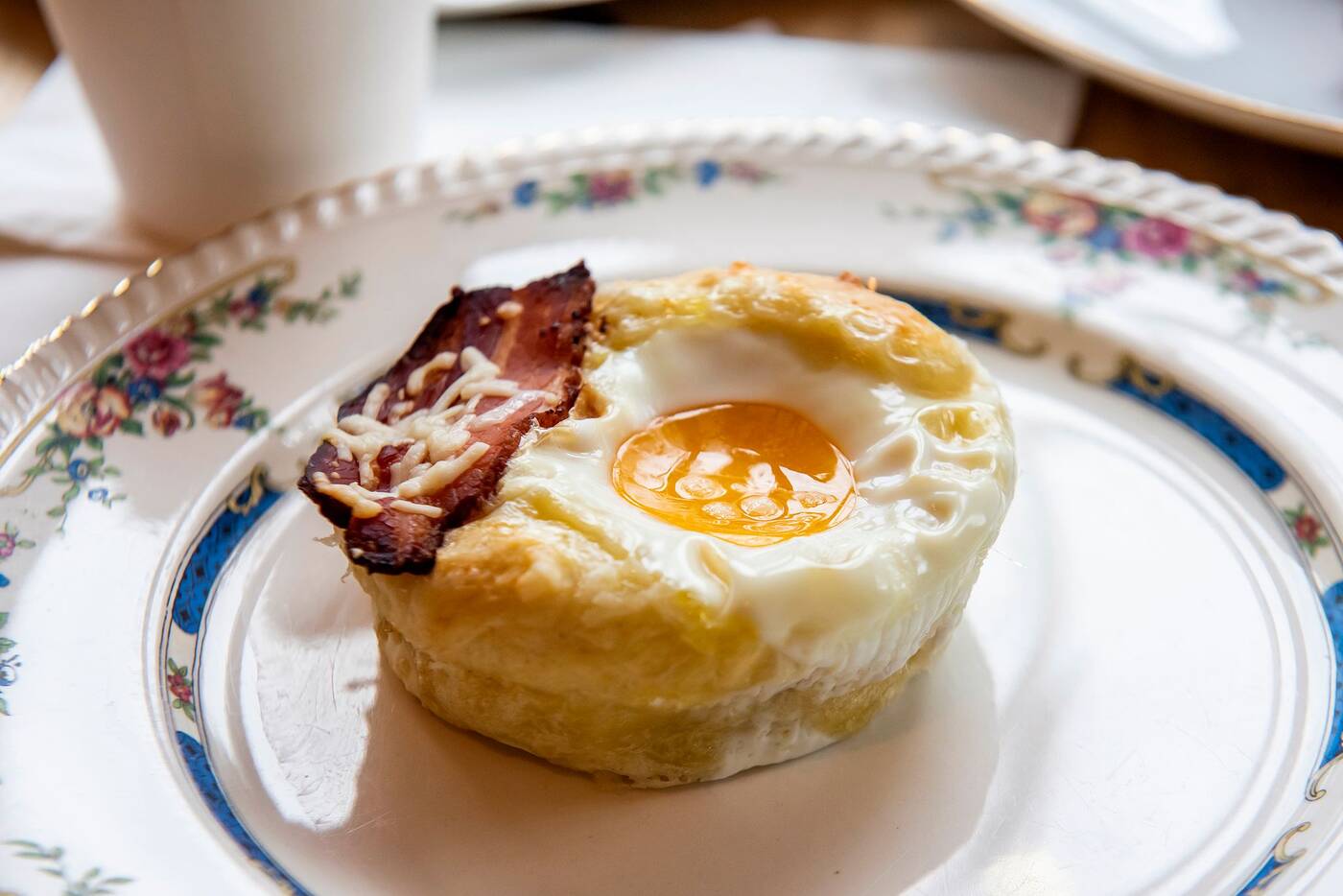 The Bacon and Egg Brioche Bun ($5.50) is an all-in-one breakfast meal, especially if you're looking for something light to fill you up in the morning.

Brioche dough is formed into cups then brushed with thyme and olive oil, then and a layer of cheddar cheese is sprinkled on the bottom.

One egg gets cracked into the cup, another layer of cheese is added, a sprinkle of Harrissa, a North African spice gets dashed in, then it's topped with half a slice of bacon and baked in the oven. 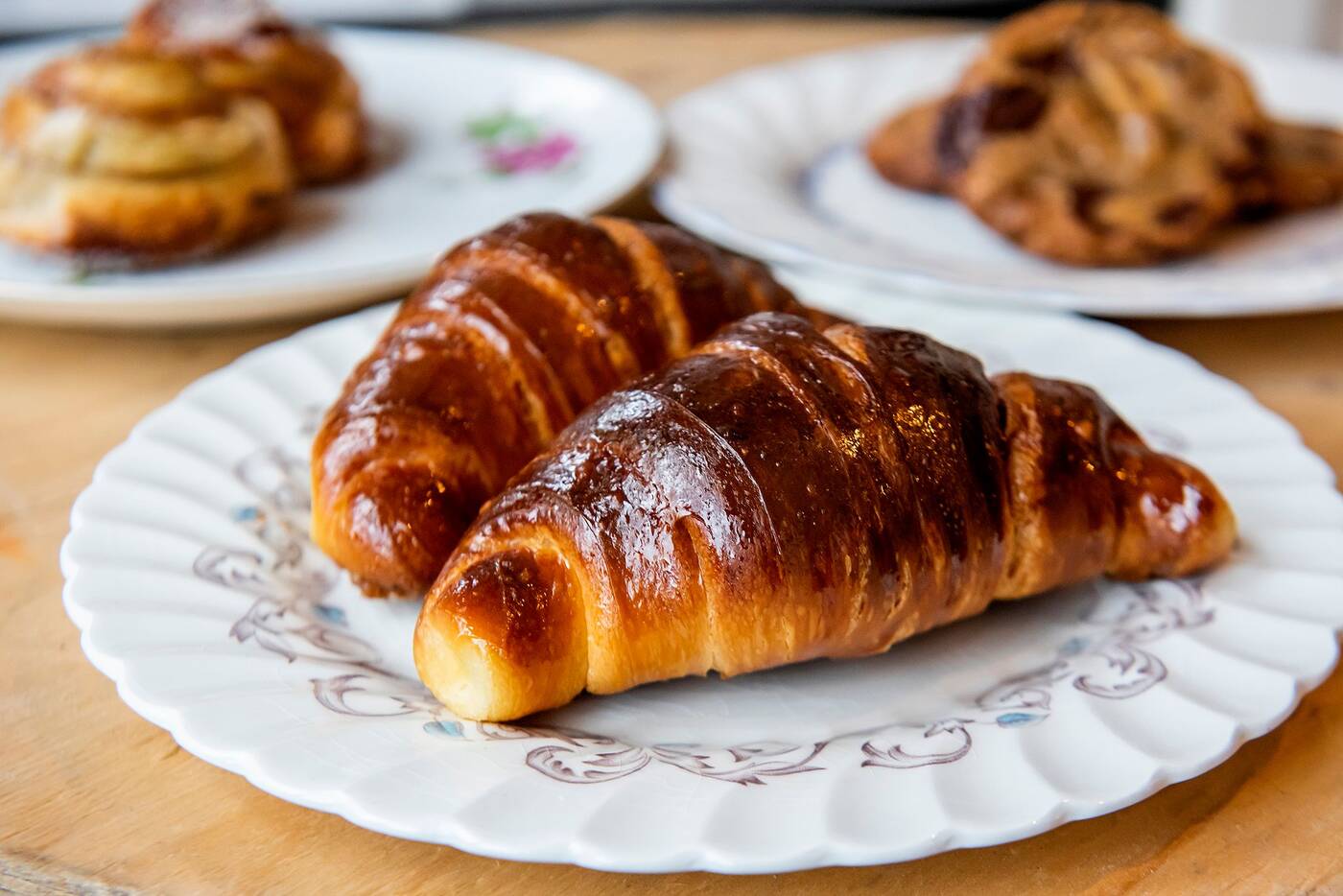 The Media Luna ($3.50) may look like a regular croissant, but the taste is far from it, this pastry is a popular breakfast option in Argentina.

Brioche dough is sprayed with a simple syrup mixture containing vanilla, lemon and orange peel, cinnamon, and anis seeds, which creates the glass-like lamination on top of the pastry.

It gets baked for 21 minutes, then sprayed a second time, before going back in the oven for an extra two minutes. 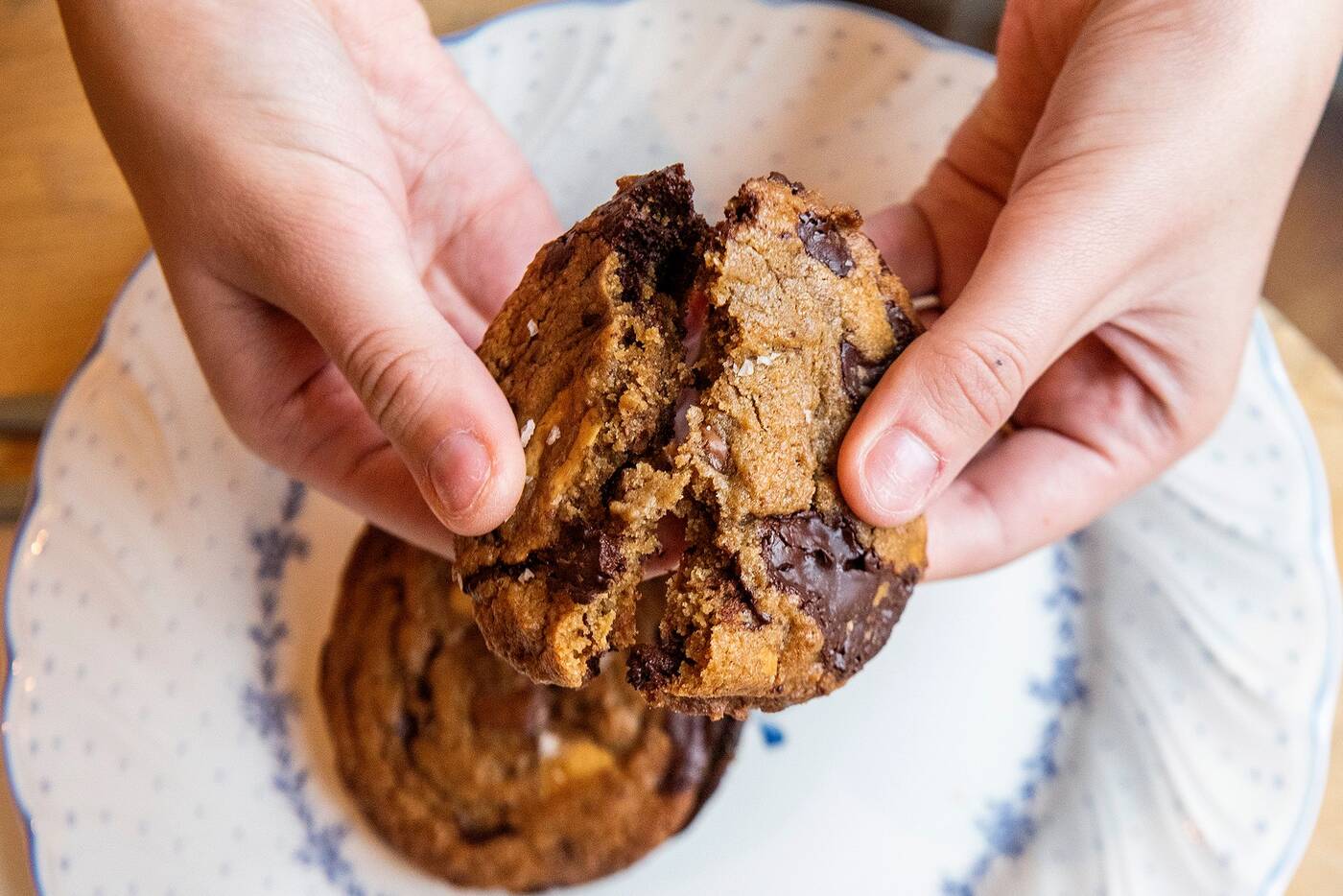 For the sweet tooths, The Junction Mama cookie ($3.75) uses three types of chocolate: roasted milk chocolate, white, and 70 per cent dark chocolate. The cookie dough is on the healthier side, using ancient and whole grains, versus white flour. Biting into one is soft, gooey, and melts inside your mouth. 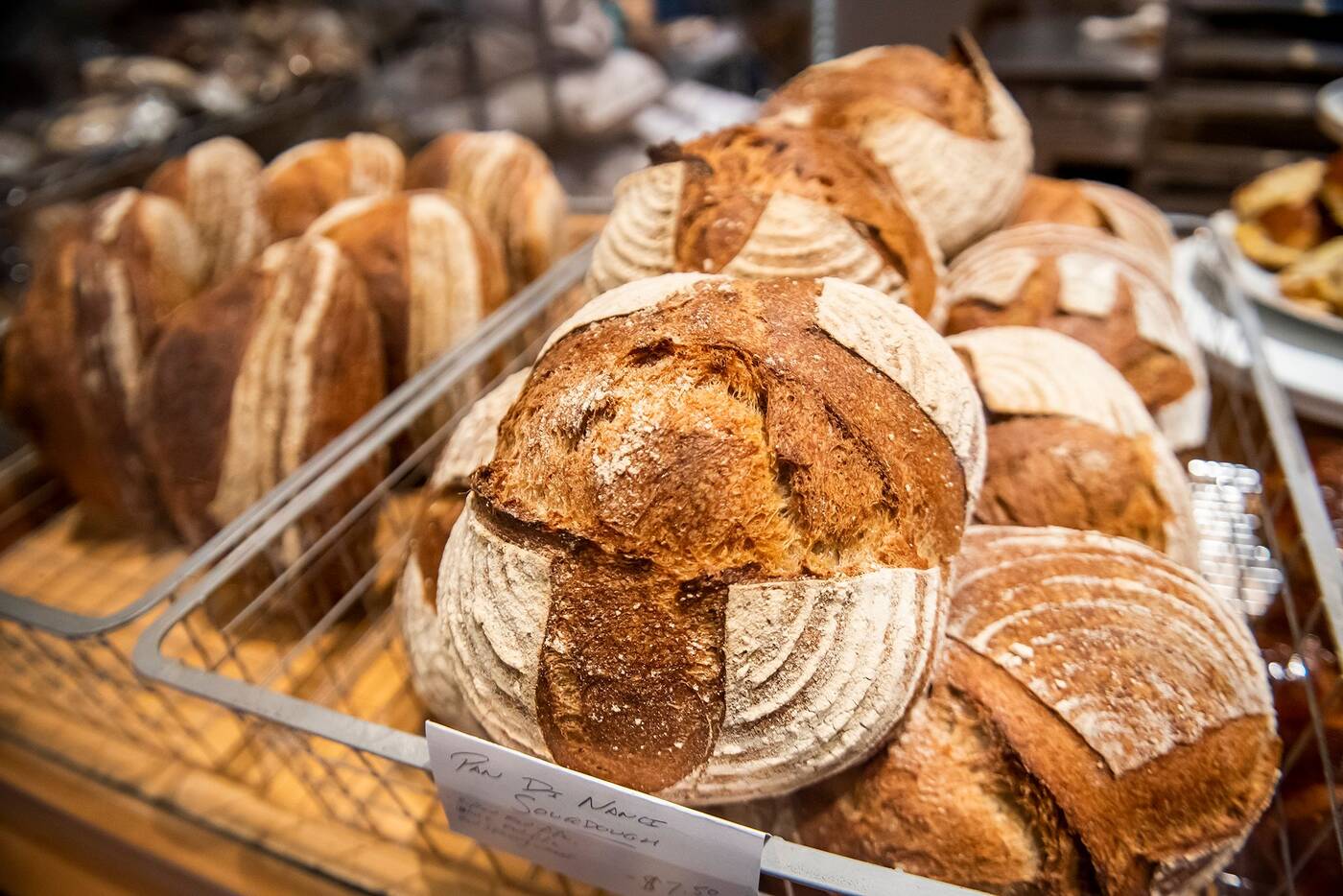 Along with their extensive pastry options, loafs of bread at Noctua, is what started the whole business. Each bun is different in price, and the types they offer rotate on a weekly basis, ranging from brioche to rye to sourdoughs. 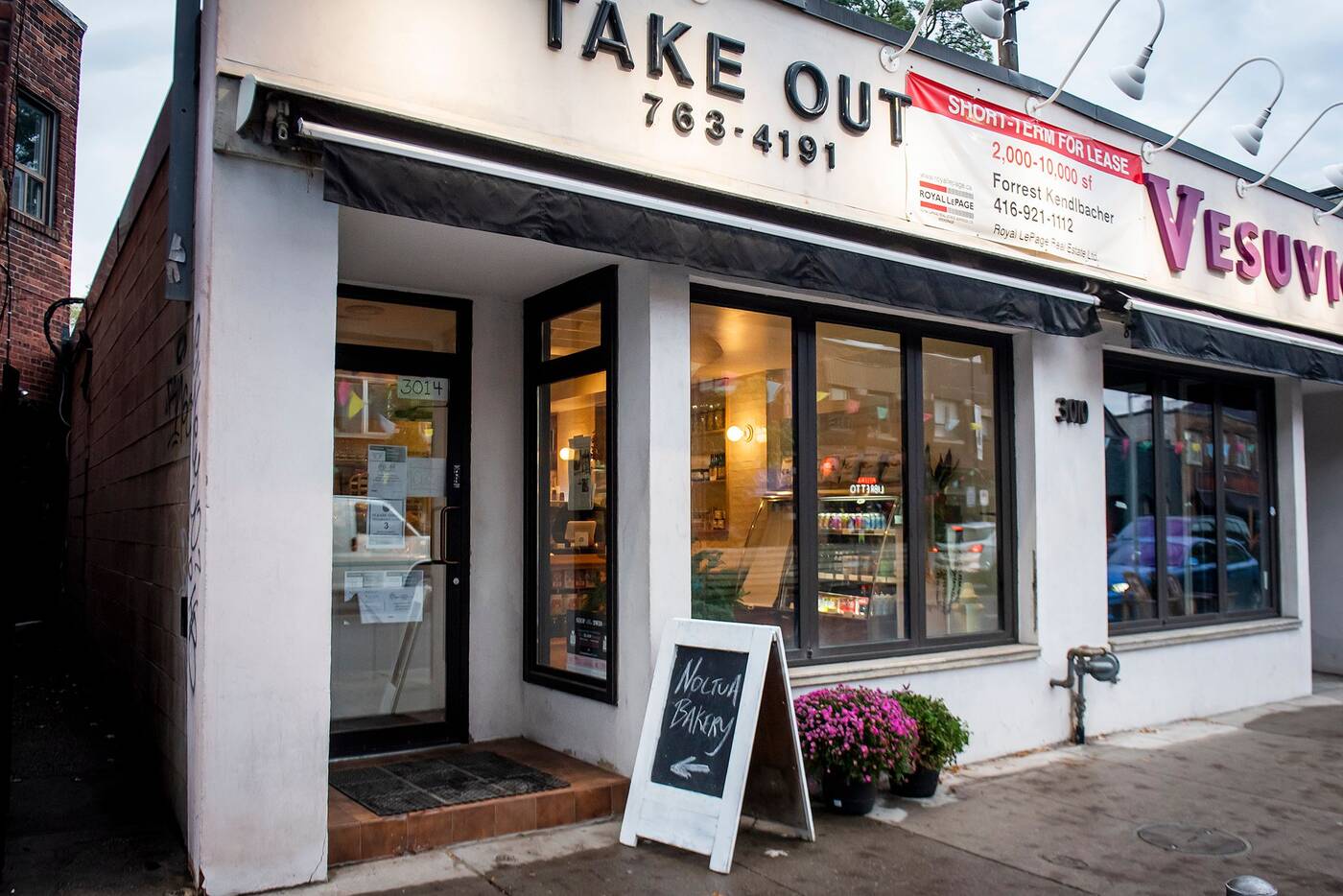 The ghost of Vesuvio remains with its signage still being attached to the building that Noctua Bread now occupies.

Although hard to spot without the chalkboard out front, you'll know you've made it to Noctua by the overwhelming smell of freshly baked bread that seeps through to the outside.