All their pastries are still made there and delivered here fresh and most retail for less than five bucks. 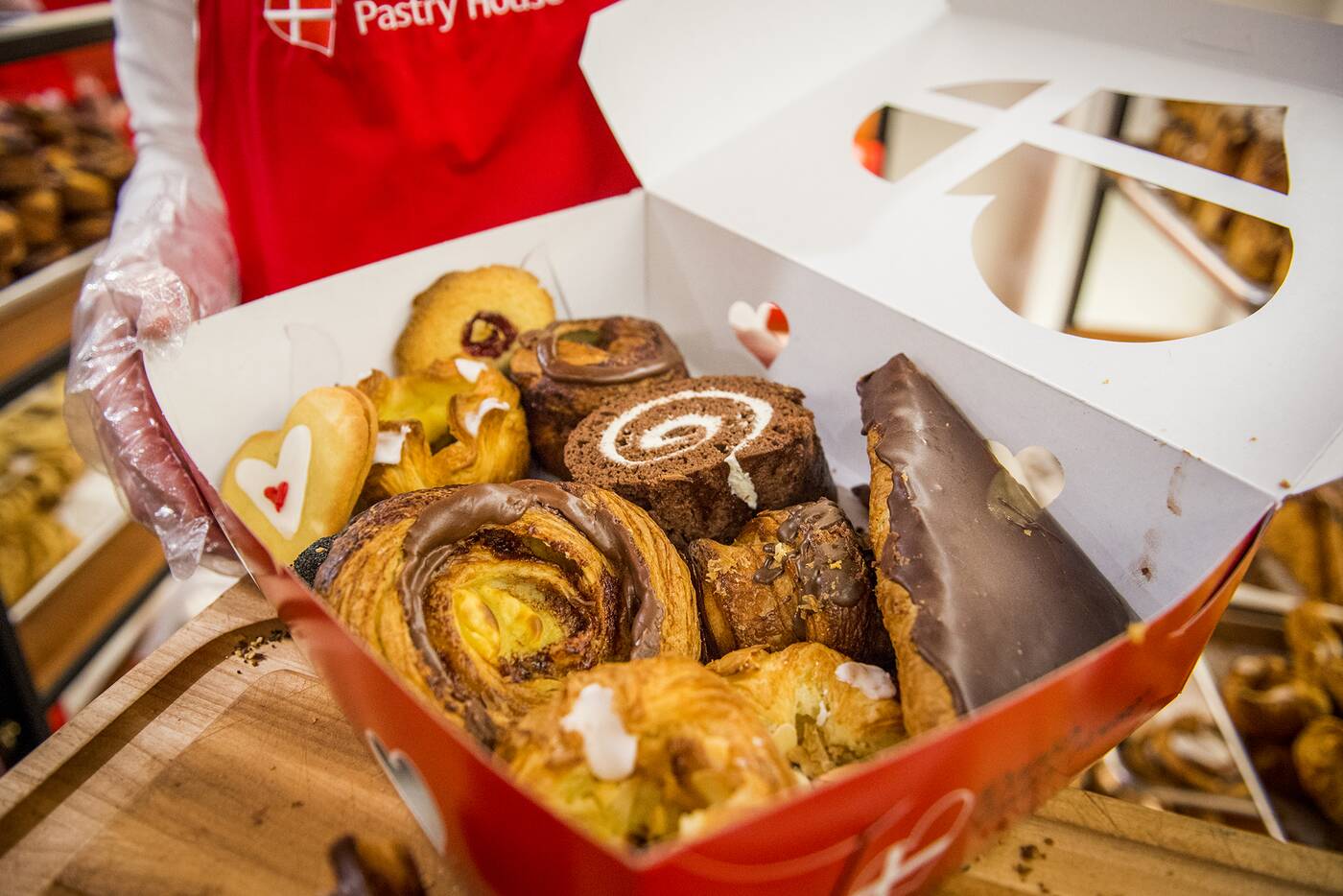 The bakery is microscopic, a steady line of people snaking in and out of its small confines lined with pastry cases and shelves of bread for free samples, morning treats and boxes of goodies. 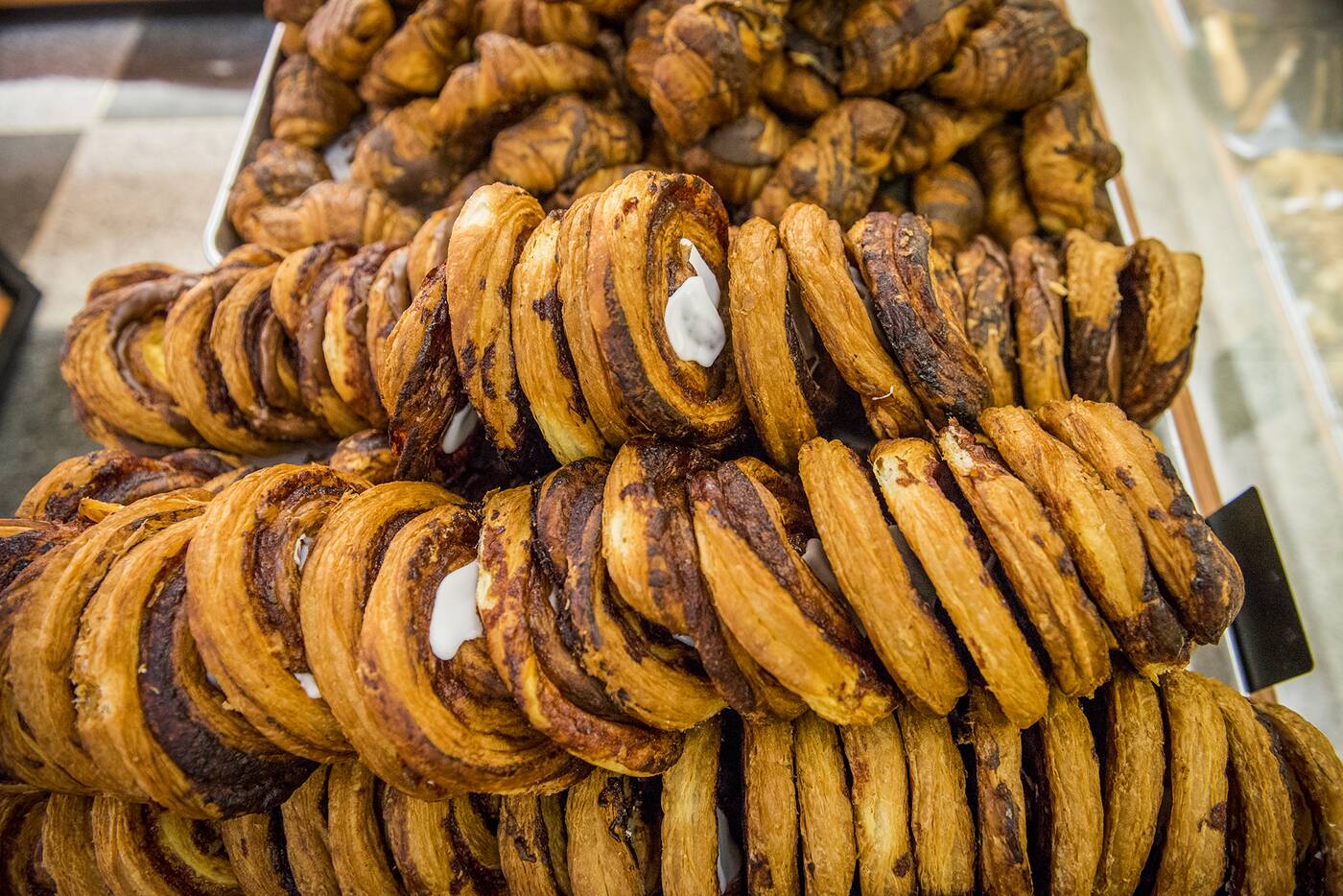 A Kanel Snegl ($2.50), or Cinnamon Snail, is a Danish-style “low snail” pastry filled with remonce (creamed butter and sugar) and cinnamon, topped with a not-too-overpowering, completely un-Cinnabon-like amount of vanilla icing. 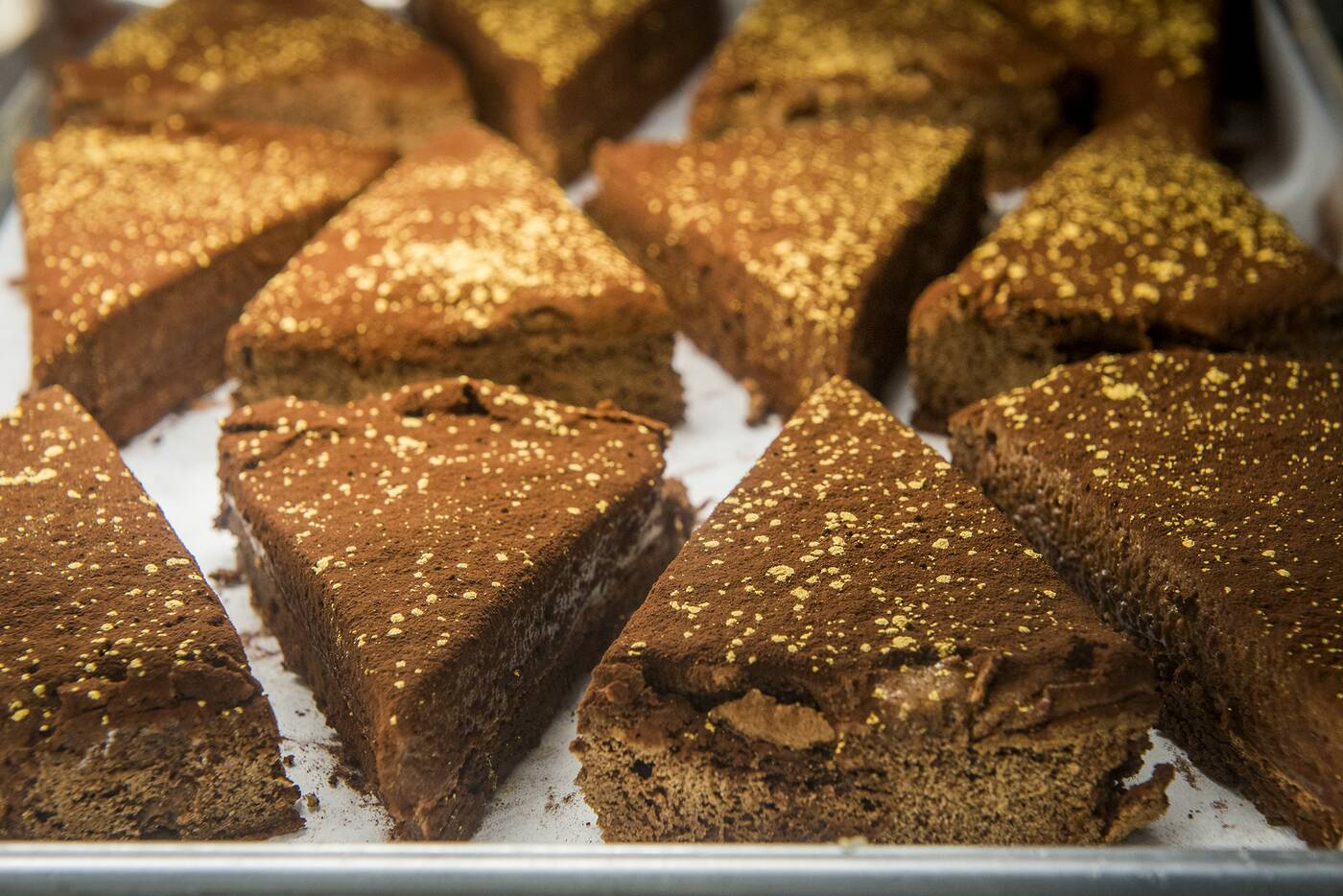 Gateau Marcel ($3.50) is a gluten-free chocolate mousse cake made completely without flour, a melt-in-your-mouth cloud of chocolate cream coated in a fine dusting of silky cocoa. 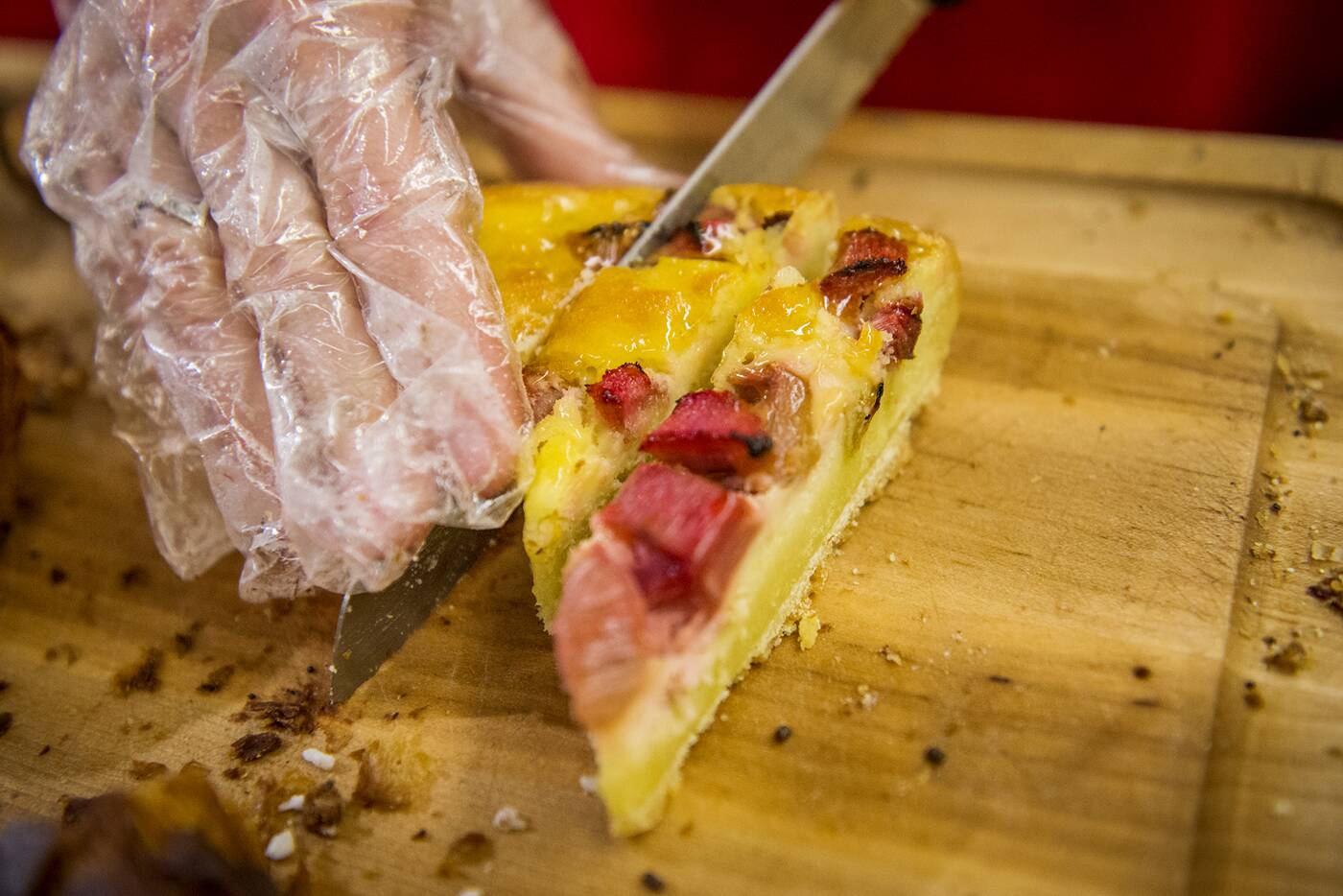 They also do raspberry ($3.95), rhubarb and blueberry tarts ($3.75) that are exploding with flavour. The translucent base is just almond paste and custard blended together. 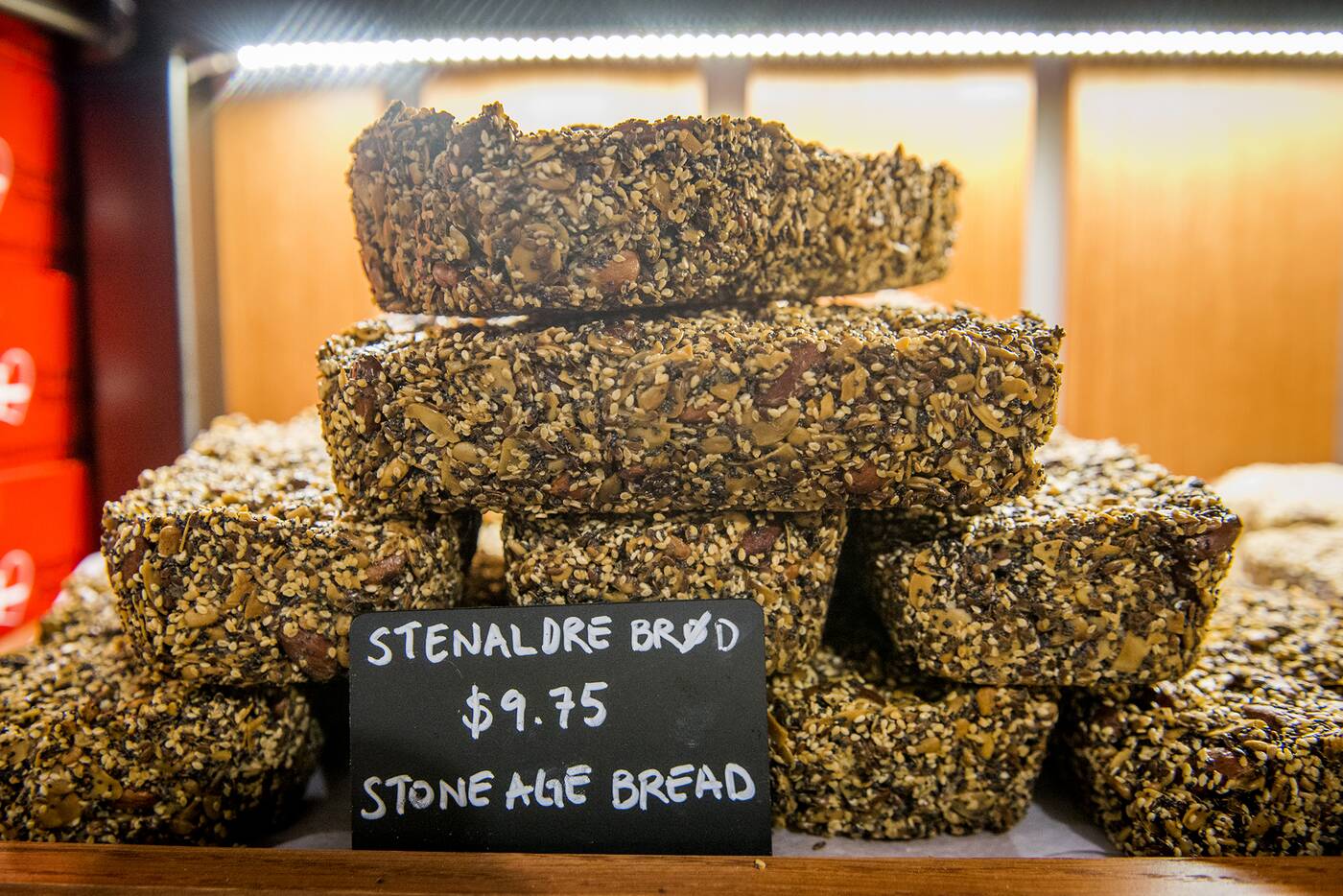 Stone Age bread ($9.75) is a gluten- and yeast-free almond and seed loaf extremely high in fibre and protein. It’s actually held together solely with egg, and they have mini version for sale as healthy snacks to keep you nourished through the day. 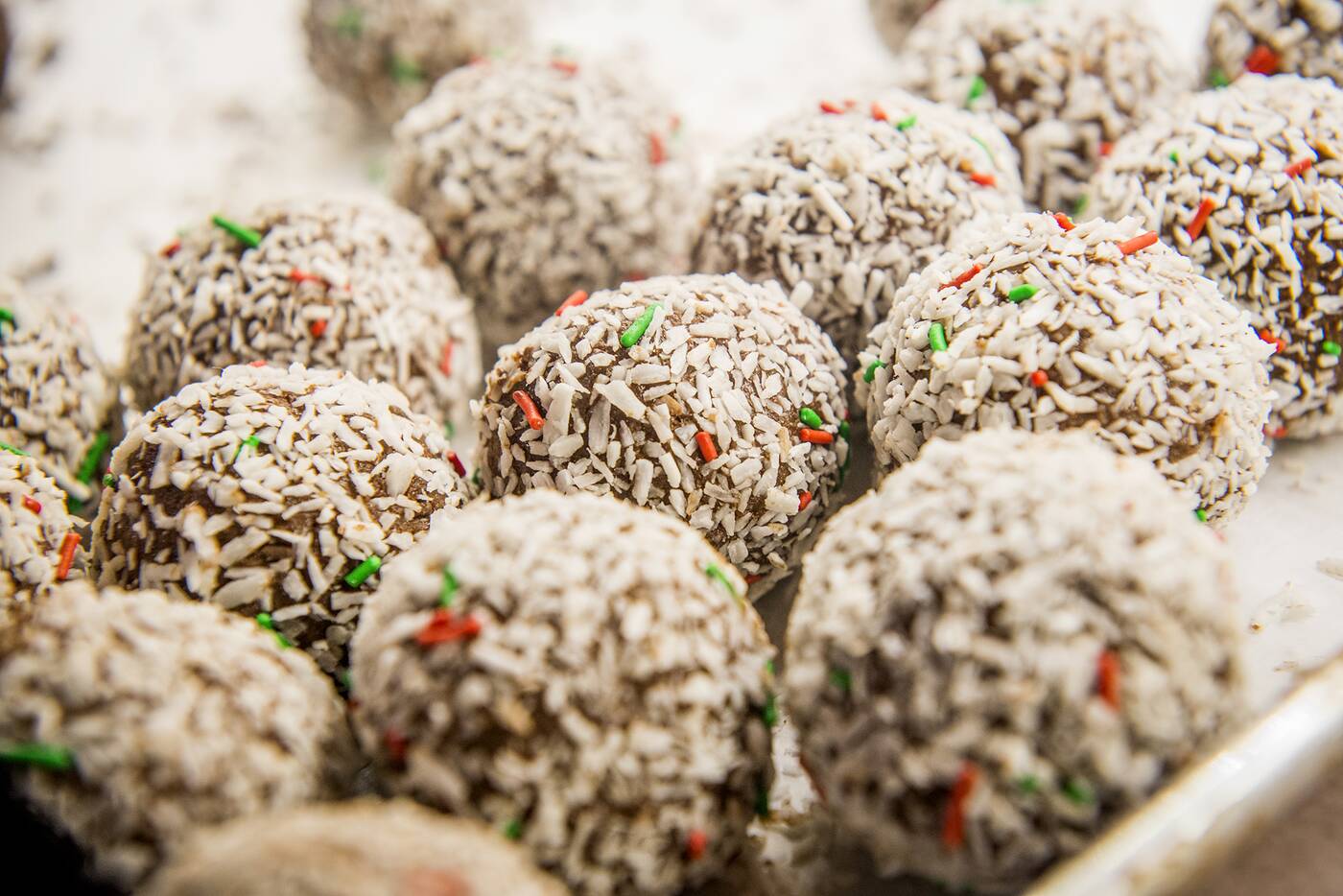 These ain’t the rum balls from your average family Christmas party, made with fresh pastry, baker’s rum, chocolate and coconut. The coconut delightfully offsets the airy, soft centre. 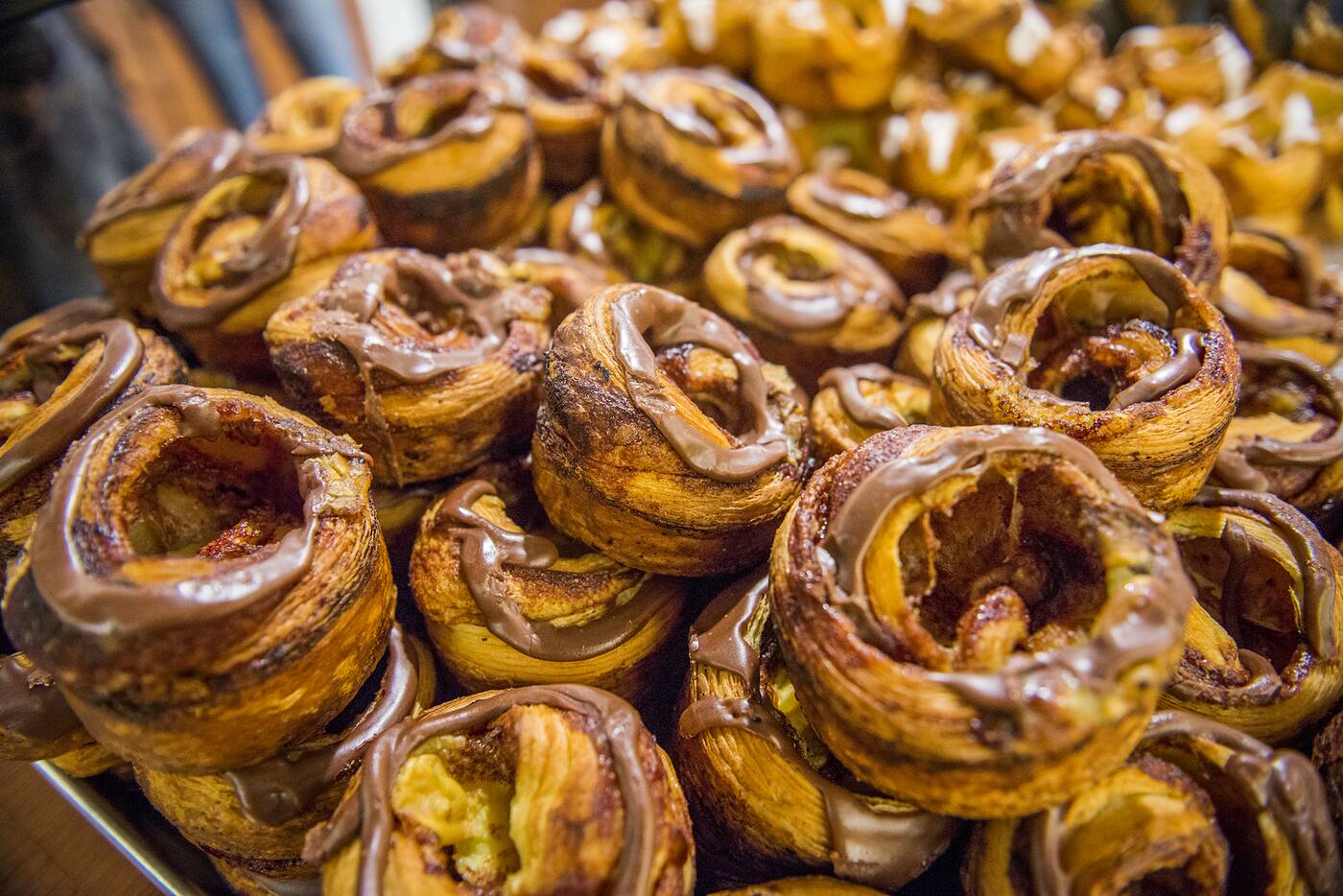 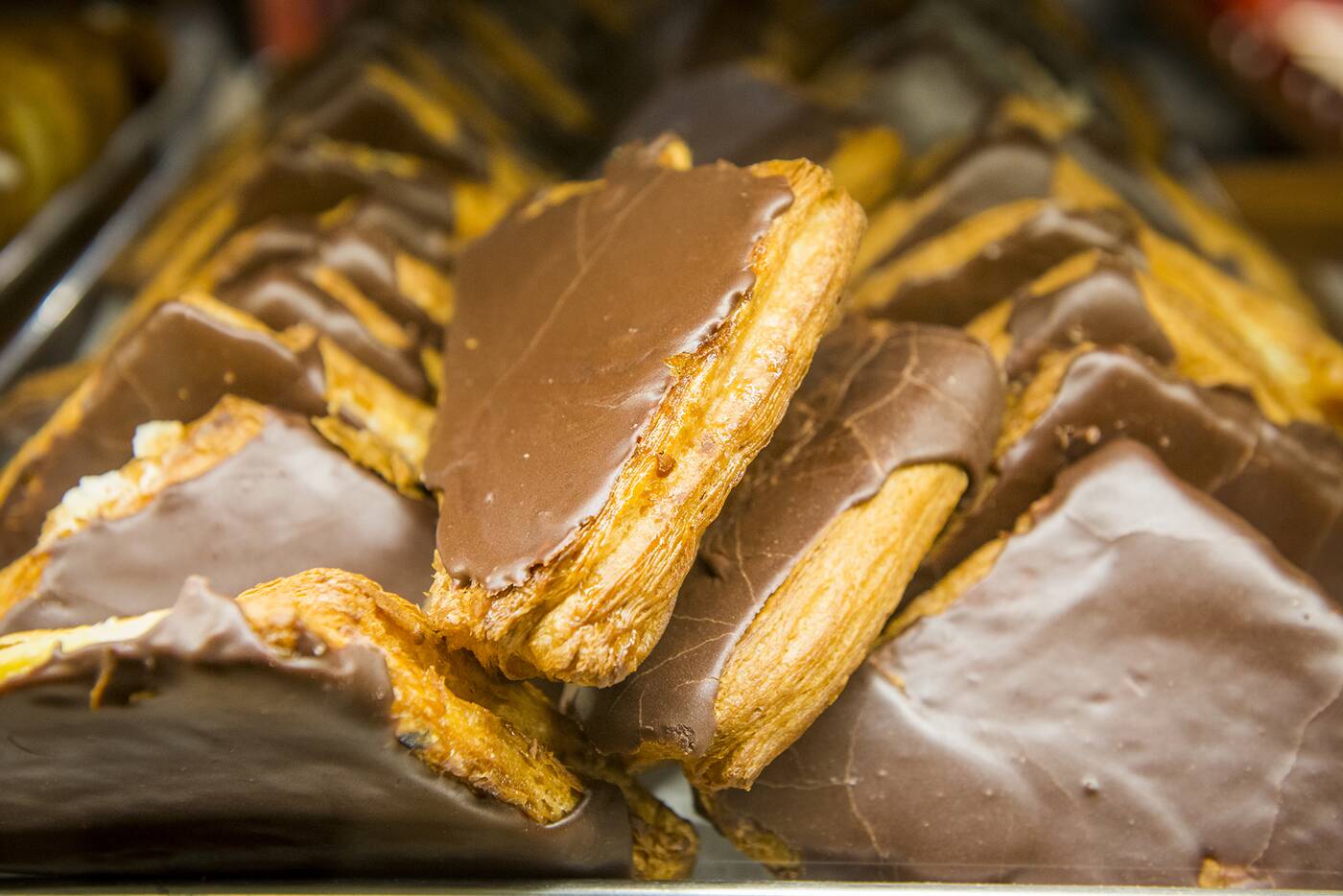 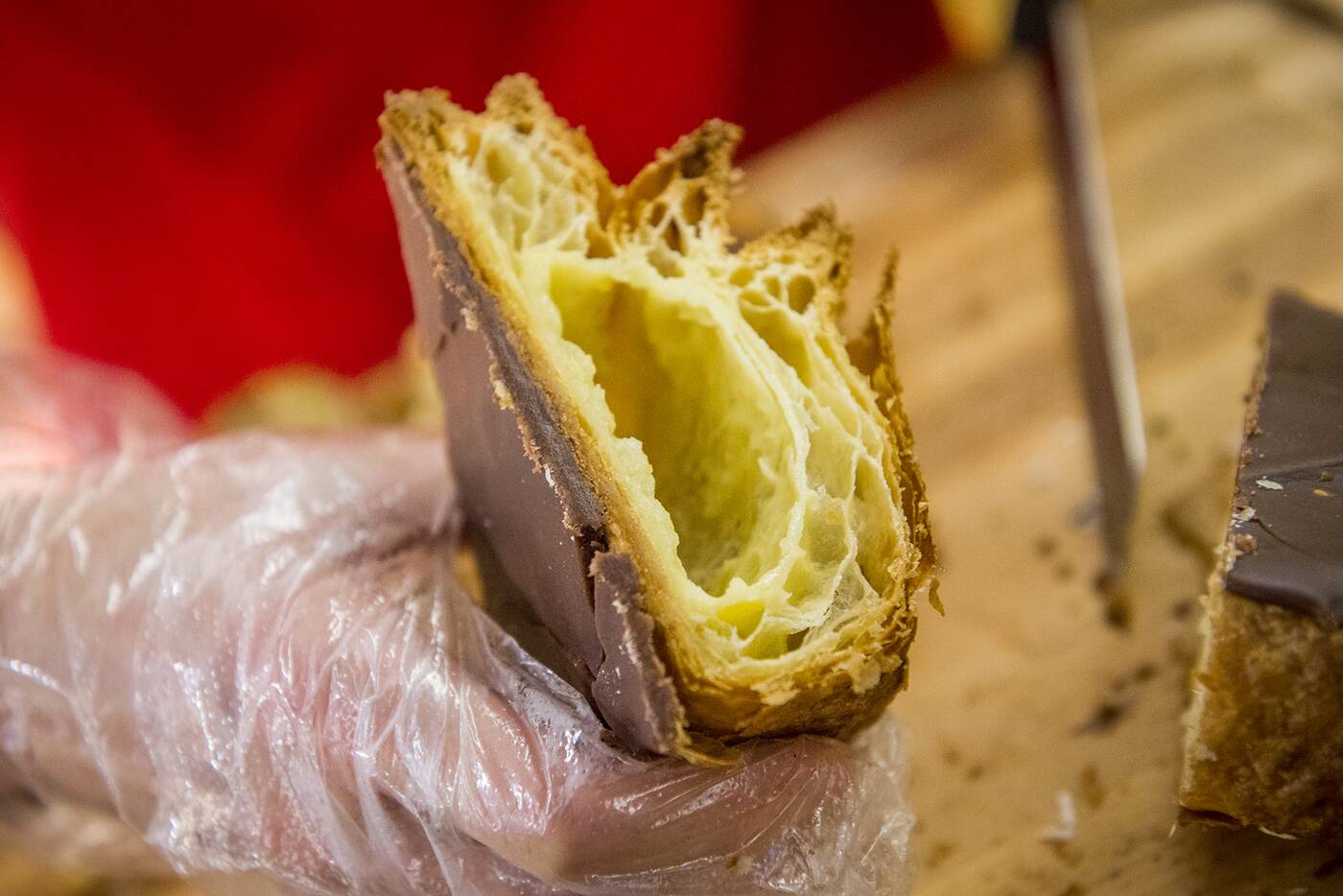 Every pastry here is laminated precisely (a process of creating layers of puff pastry with butter) so it has exactly 27 paper-thin layers. 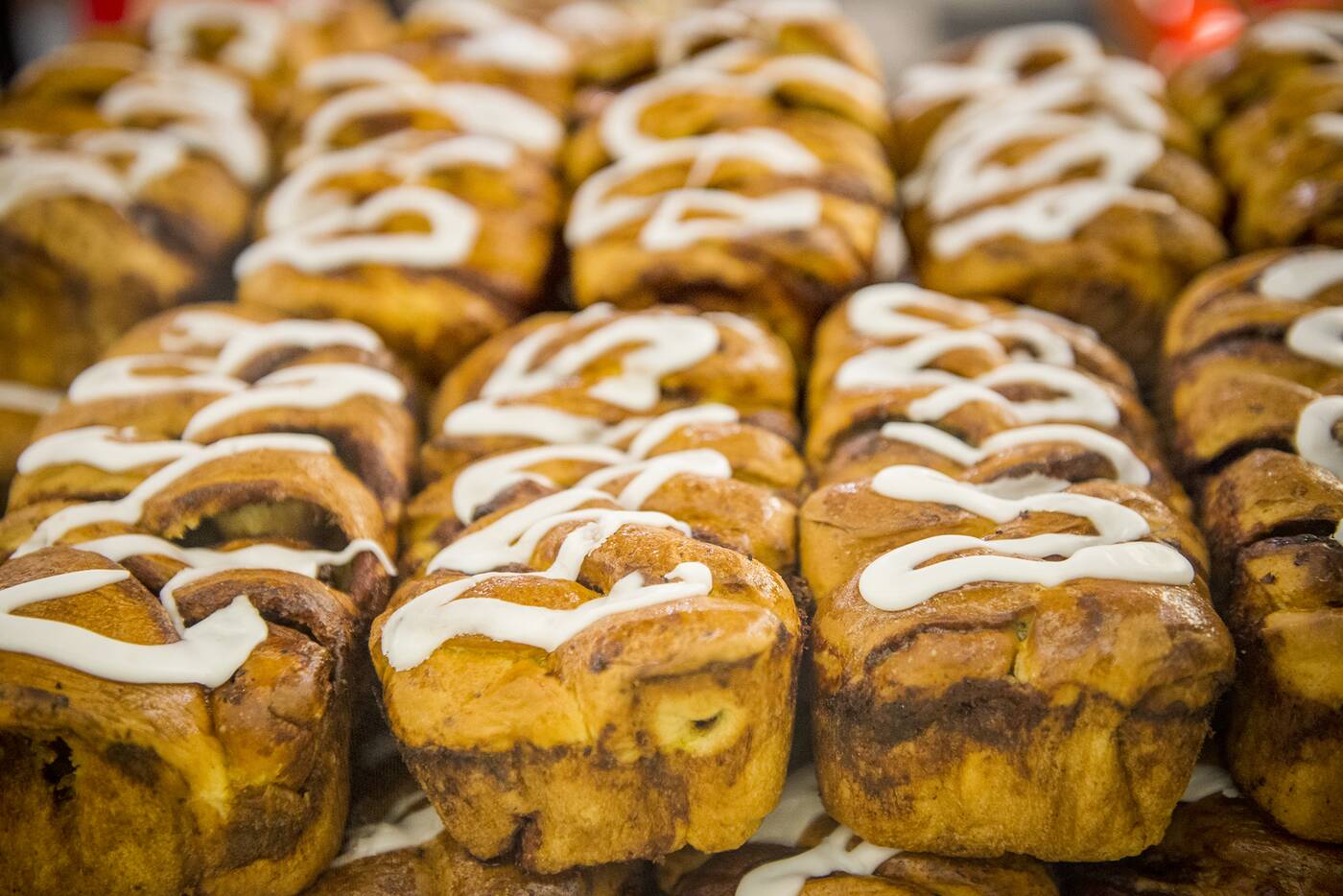 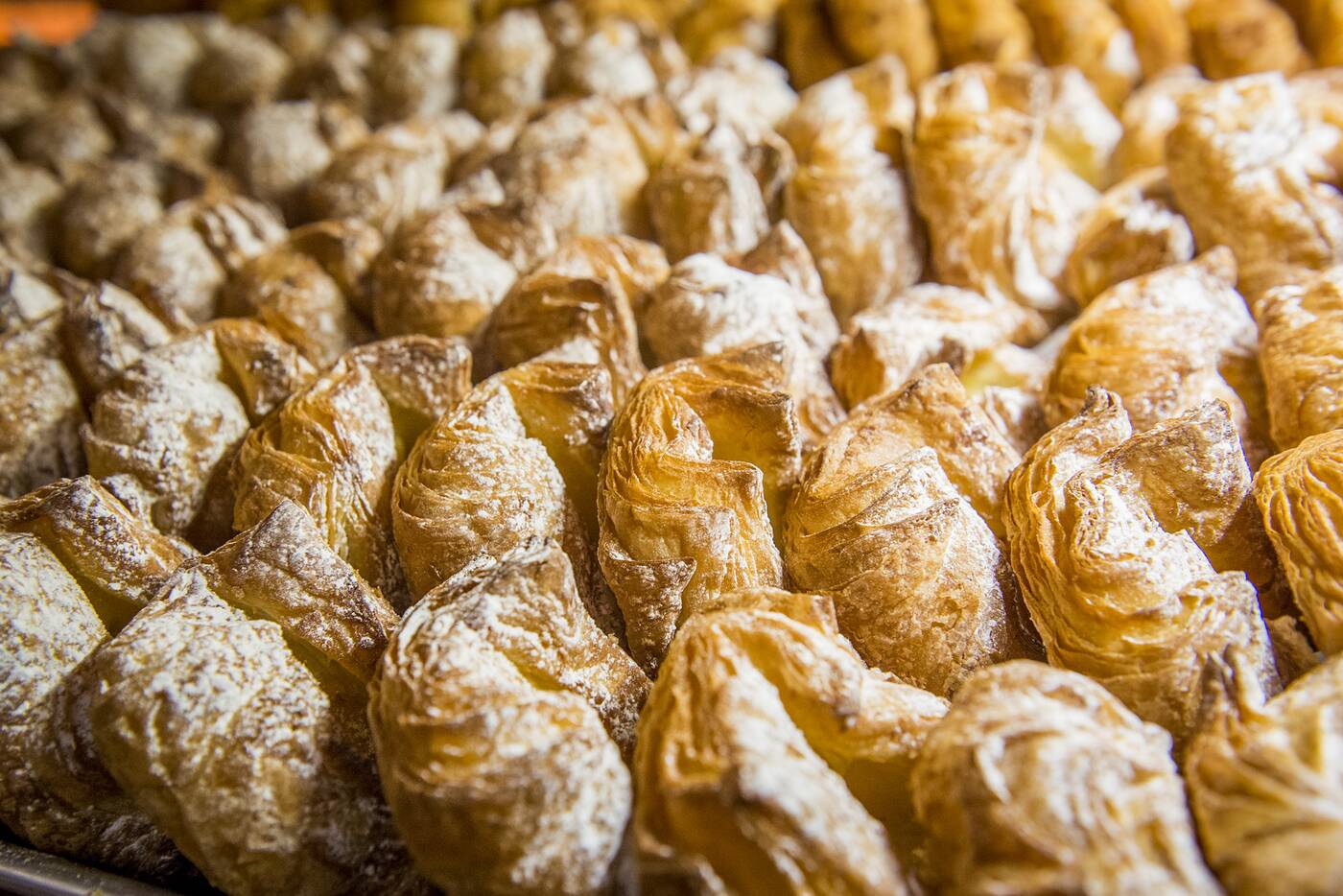 Aeble Fiske ($2.50) or “Apple Fish” get their name from the way the pastry is pinched, apparently to look like a fish. It seems like a passing resemblance at best to me, but who cares, the crispy thin layered pastry is filled with apple and buttercream. 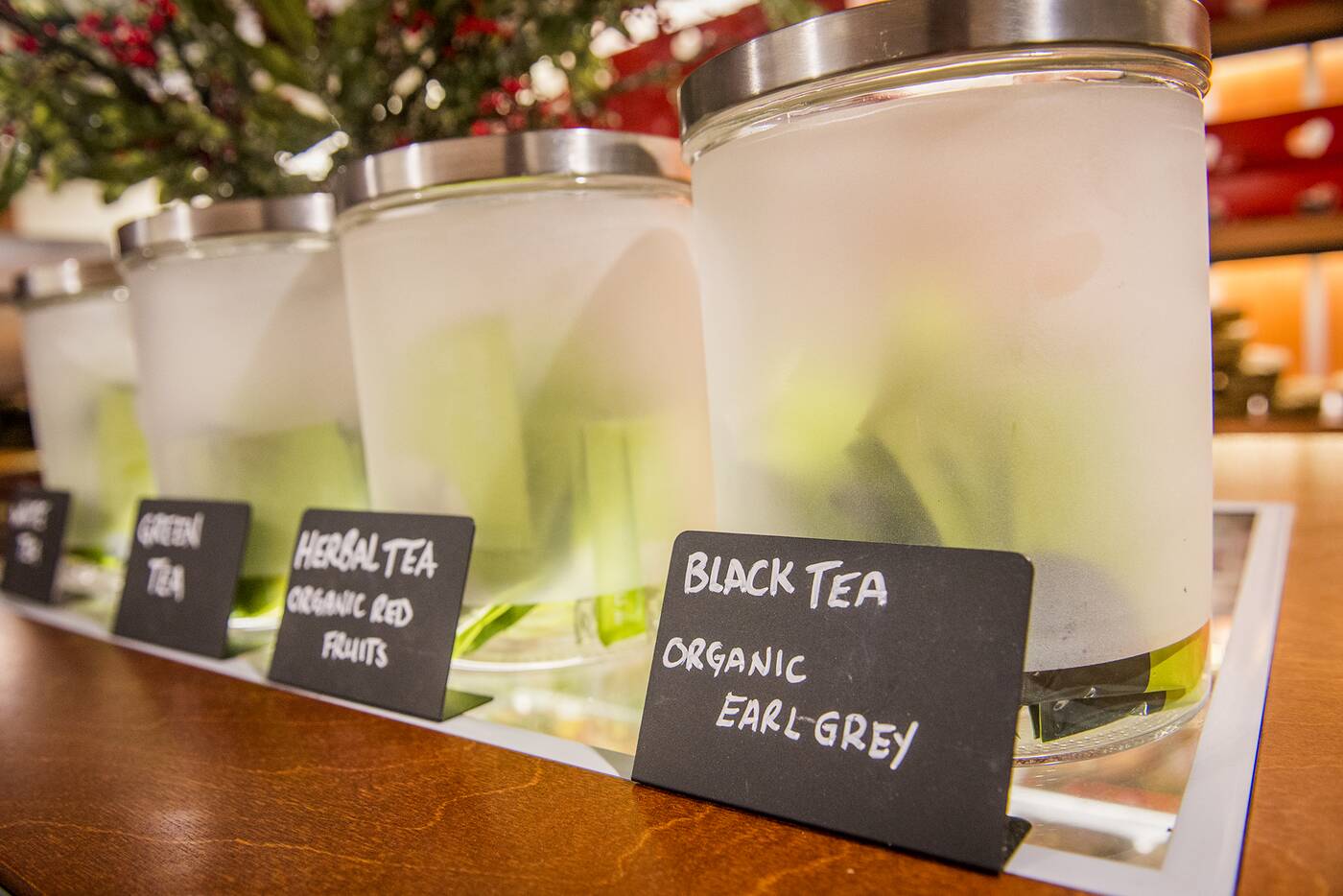 Everything in here is Danish down to teas by Emeyu. 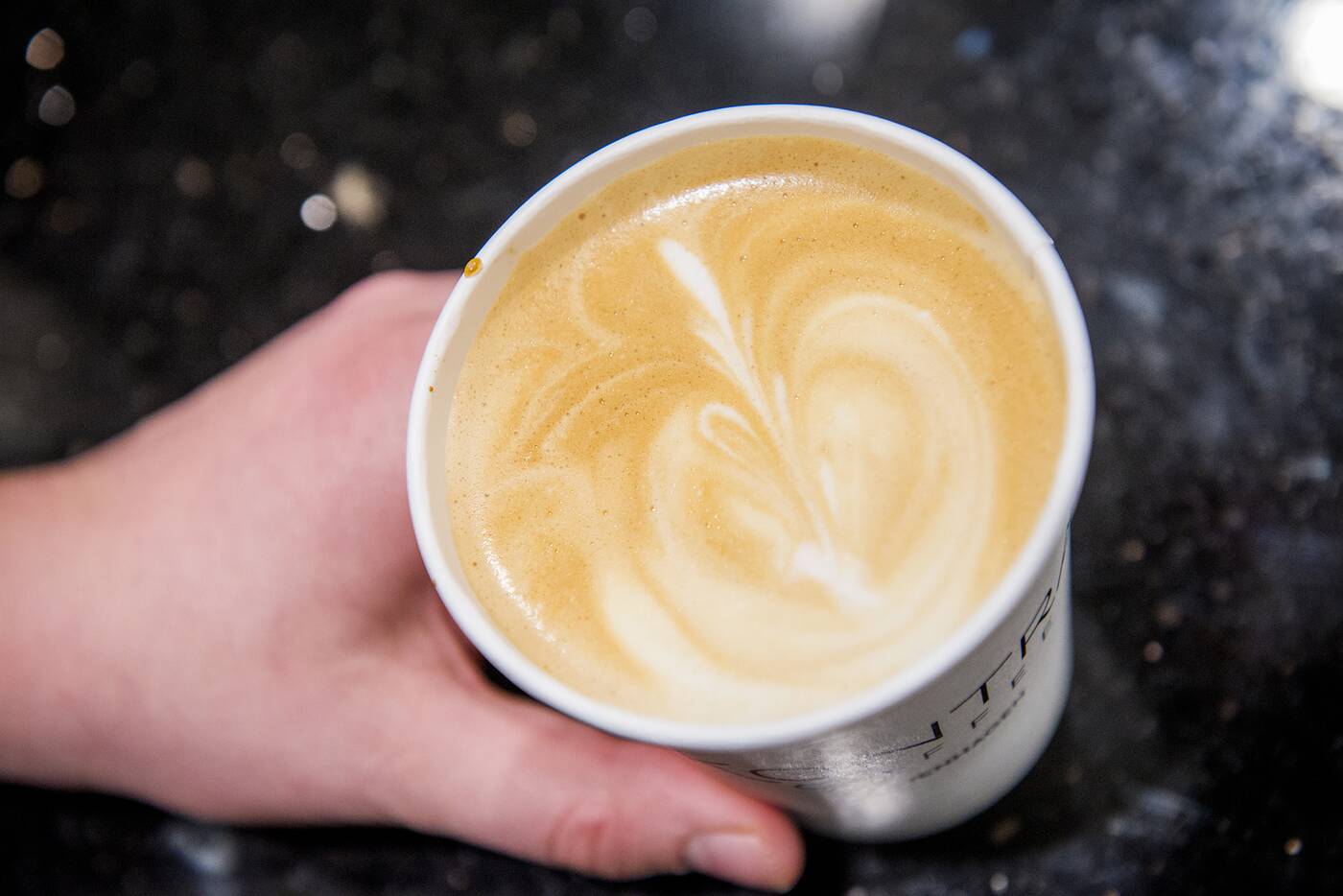 Coffee by Kontra is Danish too, because you can’t sell pastries in a train station without having coffee for sale too. Feel like a true Dane and start your morning with a poppy seed Tierkes breakfast roll and a latte made using the coffee imported from Copenhagen. 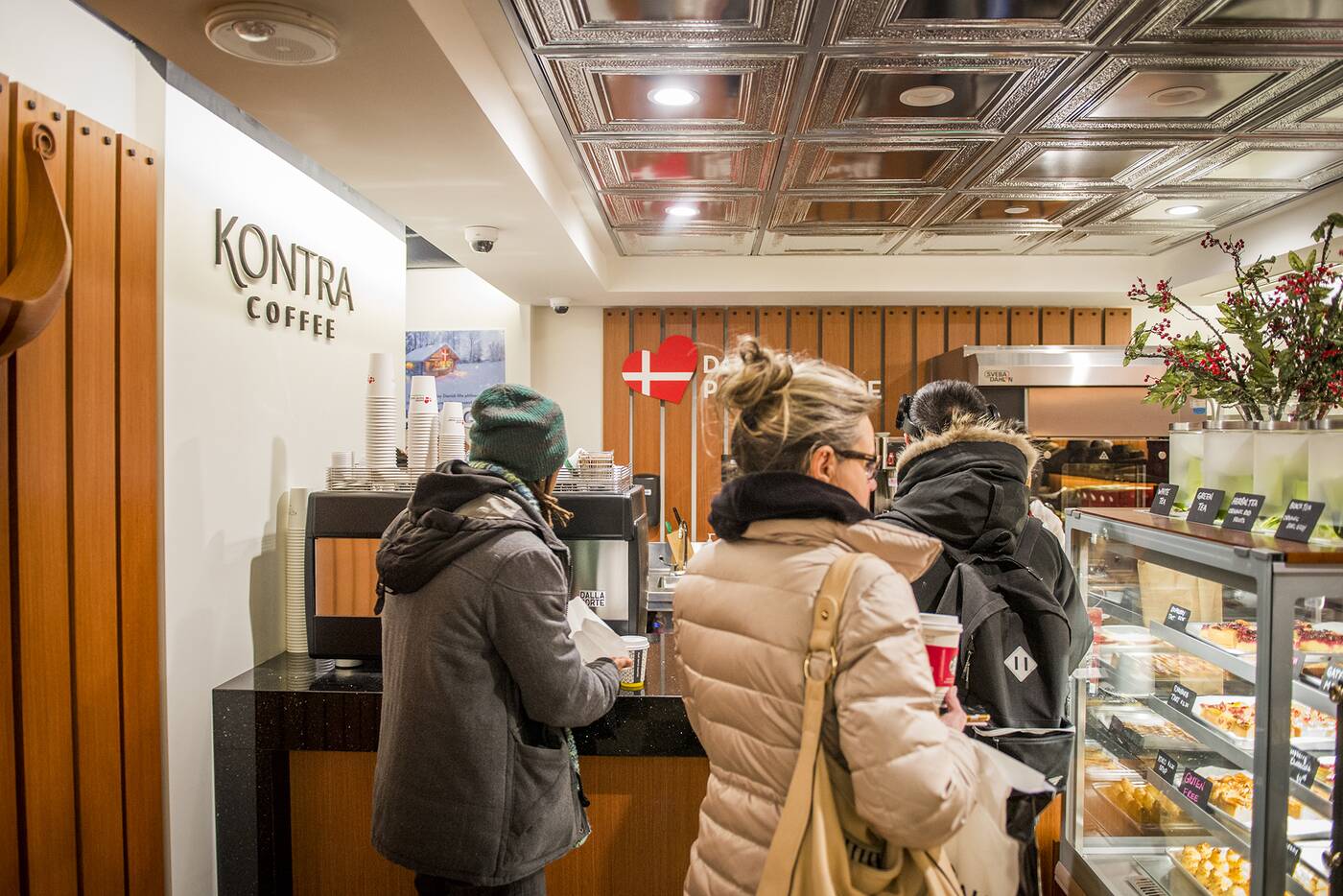 Founder Anita Lauritsen is the child of Danish immigrants, and traditional pastries are authentically made using imported almond paste rather than sugar for sweetness. 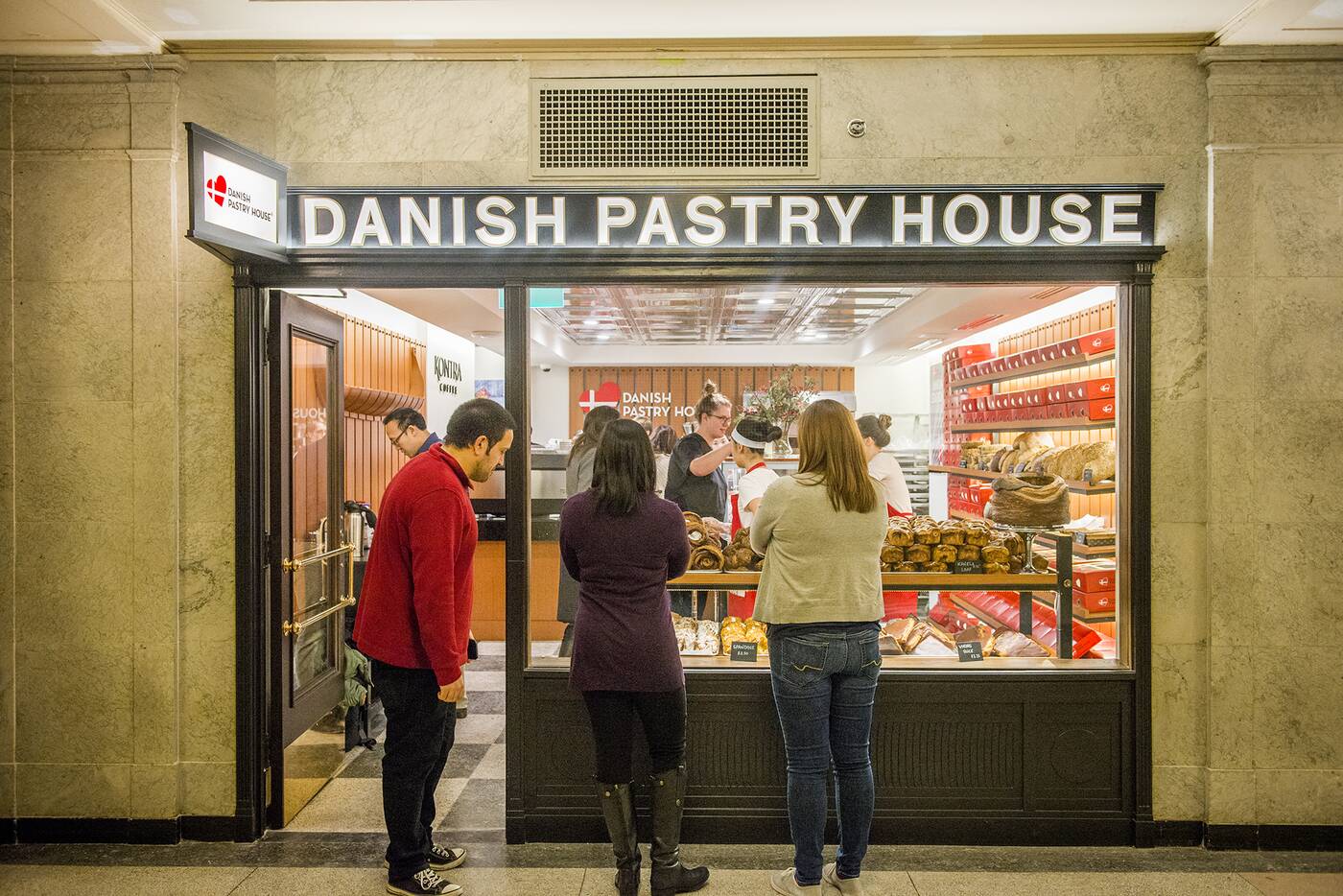 The Best New Bakeries in Toronto for 2017