mon K Patisserie is currently open but their offerings and services may be affected due to the pandemic. Please contact the business directly for more information about any changes. Is this your business? Please contact us if you would like to update this message.

The bakery was inspired by French cuisine, but the goods have a Japanese flair added on by the husband and wife duo who create them. Ryosuke and Naomi Kita are making it a priority to bring Asian-style desserts to the city, and two months in, they say it's working. 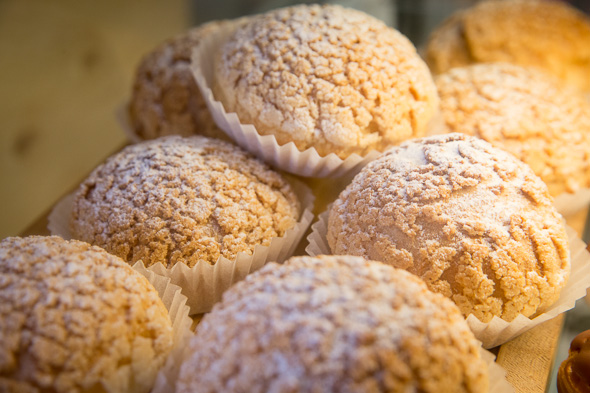 Instead of making sickly sweet snacks, Ryosuke, who used to be the pastry chef at Thobors Boulangerie, is toning down the sugar and catering to an Asian palate. Naomi tells me it's common in Asian cuisine to avoid excessive sweetness, and she feeds me a cream puff as an example.

The top of it is lightly dusted with salt, and while the pastry and cream both have a sweet edge, it's just a small taste. The cream is so light and fluffy that I'd think it was low-calorie if I didn't know any better. 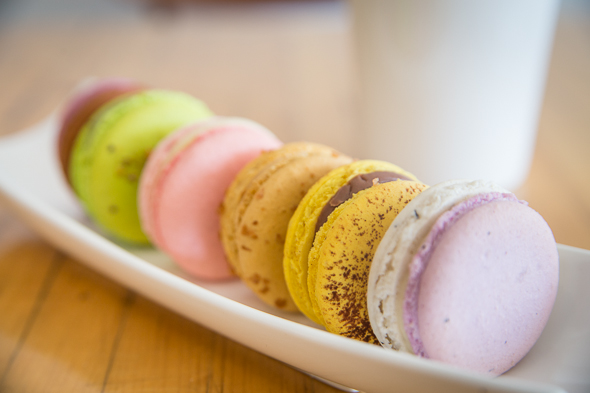 Ryosuke trained in Tokyo and Osaka, and he brings flavours he picked up there to his classic French treats. Read: green-tea flavoured eclairs. Macarons, another of Ryosuke's specialties, are available in passion fruit, cassis and pistachio, among others.

There are six flavours available at any given time (a box of 6 is $13), and I sample the salted caramel one. It's incredibly rich, and definitely one of the sweeter items on the menu. But, again, the salt tempers the sweetness so it's not too overpowering. 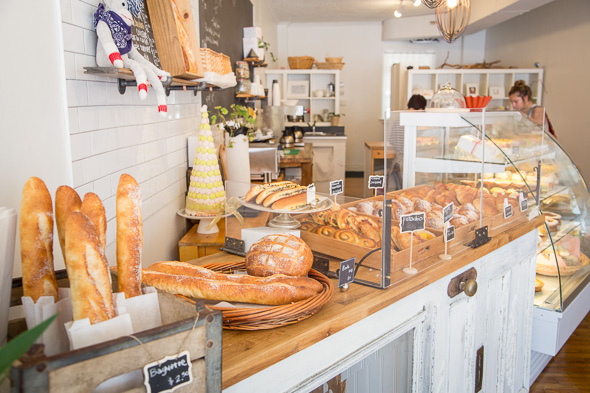 The bakery is located on a stretch of Coxwell, just north of Cosburn, that's dotted with pizza places which look like they've been around for eons (not to mention a Starbucks and an LCBO).

The Kitas chose to open up shop there because they live in the area, and they wanted to avoid the astronomical rent that comes with a spot downtown. 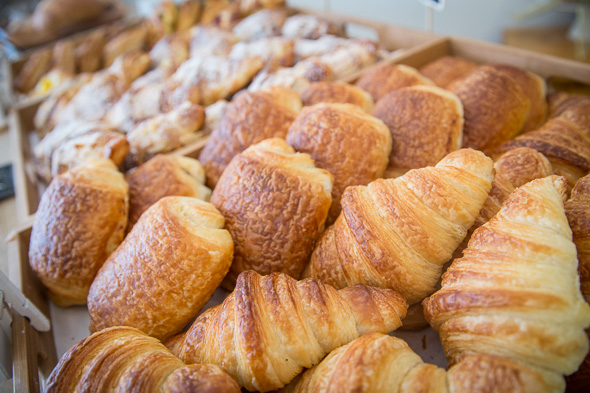 I get the feeling that mon K would draw quite the crowd no matter where they opened, though, and Naomi confirms that for me. She says lots of their customer base is Asian, and they come from north of the city just to stock up on baked goods.

As I sit and chat with the couple, people who live in the neighbourhood pop in to get their fill of danishes, almond croissants, and baguette. mon K is bringing a little new life to East York, so pop in, lounge on their little front patio, and enjoy. 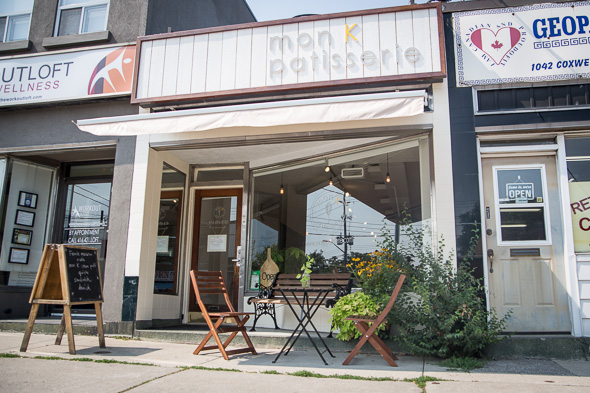