Malta Bake Shop is instantly recognizable when approached from the west, thanks to a vivid blue mural depicting its namesake nation's seafaring ways. It's a fitting facade for what many have termed a cornerstone of Little Malta, and oft-forgotten neighbourhood that stretches between Quebec and Runnymede Avenues in the Junction .

Inside, red-trimmed tables and white curlicued chairs suggest an Italian promenade, while the yellow-tinged walls and patchwork bricks summon up images of Greece. 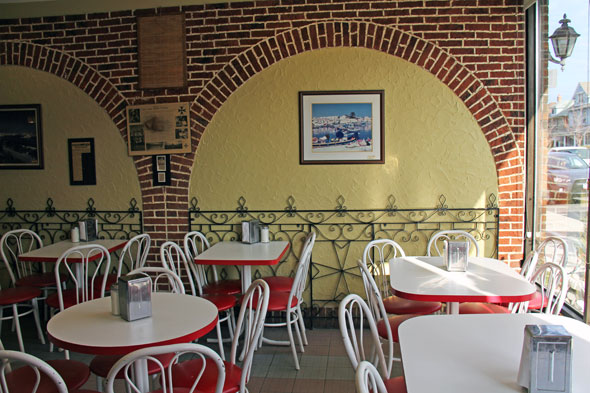 Husband-and-wife Charles and Antoinette Buttigieg opened up shop over 30 years ago, in what was then a very different neighborhood, to honor the flavors and recipes of their native Malta. Take a stroll around the shop's perimeter and you'll find a framed letter of thanks from Malta's president following his visit, maps of Malta, as well as religious icons.

Antoinette gives me a quick geographical and sociological education: Malta is a tiny island republic which lies below Italy's boot, and bears the culinary traditions of many European countries--"we've been occupied by so many cultures," she tells me. Toronto's Little Malta has seen many changes of its own over the last few decades, first welcoming hordes of Maltese immigrants in the mid-20th century, then contracting in the '70s. 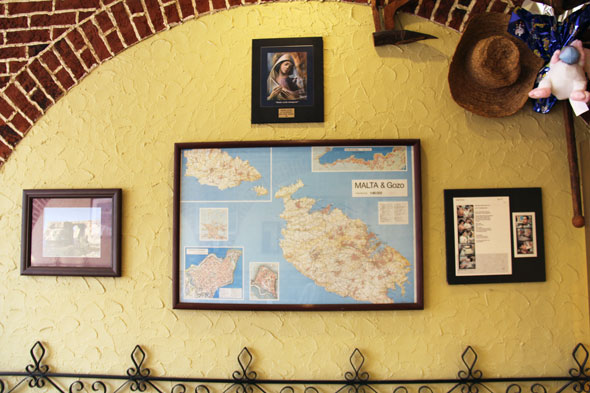 Malta Bake Shop has full monopoly over Little Malta with its homemade pastizzi ($0.85). From afar, they'd make convincing stand-ins as walnuts. These diamond-shaped puffs traditionally come stuffed with ricotta or peas and sauce, but the bake shop has introduced meat and peas and potato and onion due to popular demand. 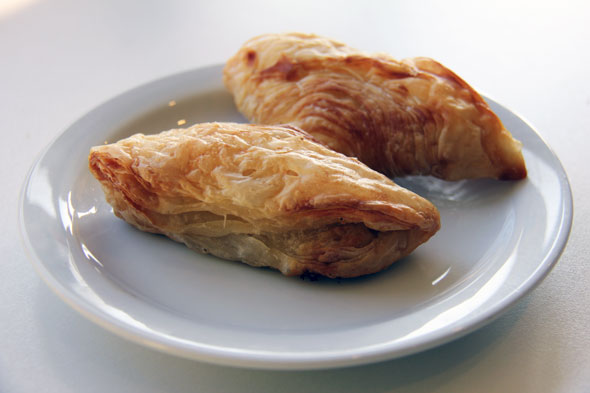 The plain ricotta arrives warm on my plate, and smelling strongly of margarine--as all good pastries should. Under the petticoat of twenty-some layers of flaky, fresh-baked puff pastry dough, the cheese is fresh and hearty. What can I say? It's delicious. Antoinette tells me that they also provide wholesale pastizzi to grocery chains such as No Frills and Highland Farms.

The counter holds a myriad of other traditional Maltese baked goods. There's the qaq-tal-ghasel, which is dark molasses encased in medium hard pastry dough ($1.50 for small, $2 for medium). You'll also find almond tarts ($0.70), and trizzi ($1.50), a melange of chocolate, almonds, and dried cherry covered in pastry dough. 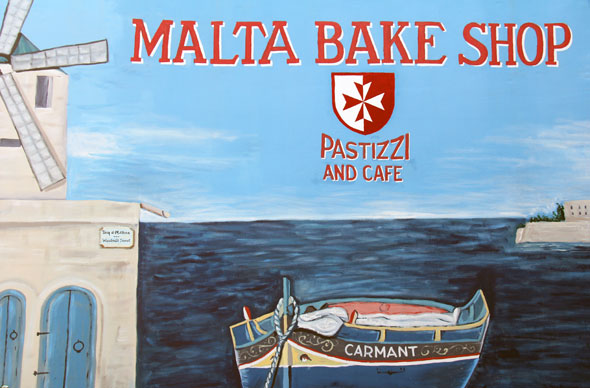 Visitors from the U.S. and Europe frequent the Malta Bake Shop, but their strongest supporters are neighborhood residents. Antoinette can't help but smile as she describes their close connection to the community--"when they have their babies, they come visit, and after a funeral, they end up here." 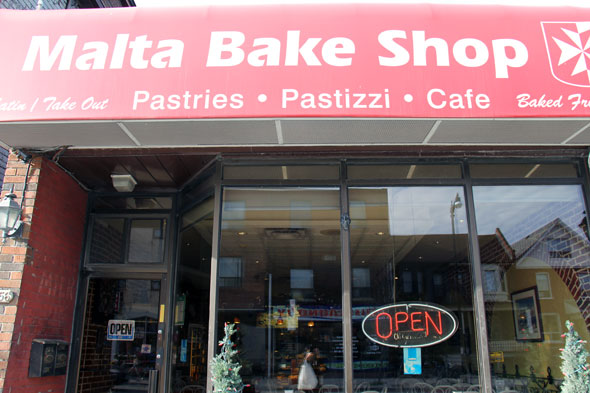