Bakerbots is just eight weeks old and only open on weekends and evenings, but it has already earned a reputation for some of the best ice cream sandwiches around.

I head to Bakerbots on a day of unprecedented heat, practically clawing at the locked glass door waiting for the clock to strike six. Relief. The door is opened, and I head inside, thinking only of ice cream--and if I'm lucky--air conditioning. 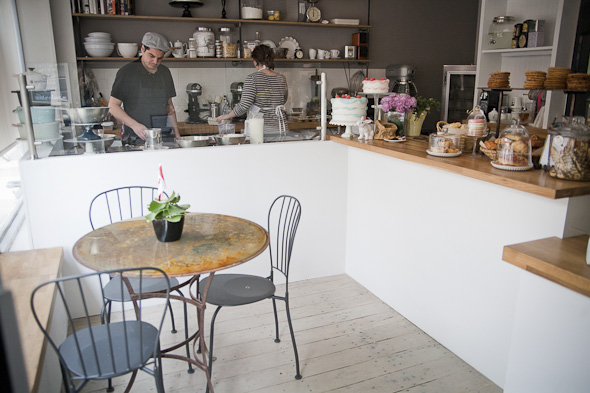 Inside I find owner Rosanne Pezzelli whisking away with a metal bowl, barely lifting her head from the sweet concoction she's preparing behind the counter. Rosanne looks swamped, she tells me she's swamped, and the look in her eyes tells me she's not joking. "I just have to keep going at it," she says. 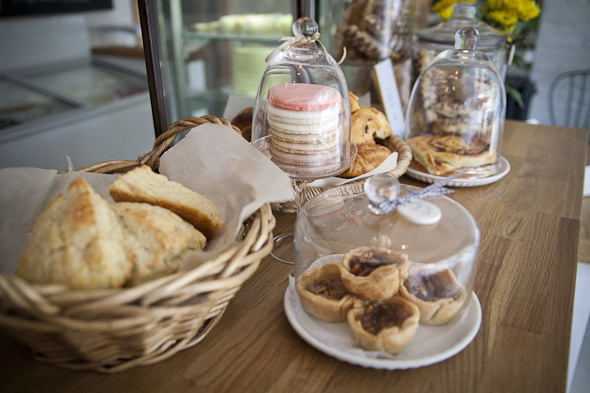 "It" is Bakerbots' assortment of cupcakes, cookies, cakes and macarons, mostly sold on weekends but with the odd little batch available during the week. The shop is open just between 6 p.m. and 10 p.m. from Tuesday to Thursday, primarily to sell ice cream treats. 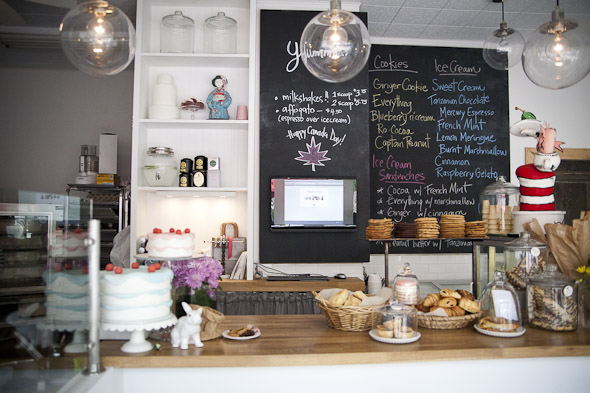 Rosanne's career didn't begin with baking. She started as an illustrator and painter working out of New York before deciding to travel to Europe where her love of sweets and pastries took full form. She later enrolled in the Baking and Pastry arts program at George Brown College, which led her to start her own catering company, which later motivated her to open this storefront retail shop. 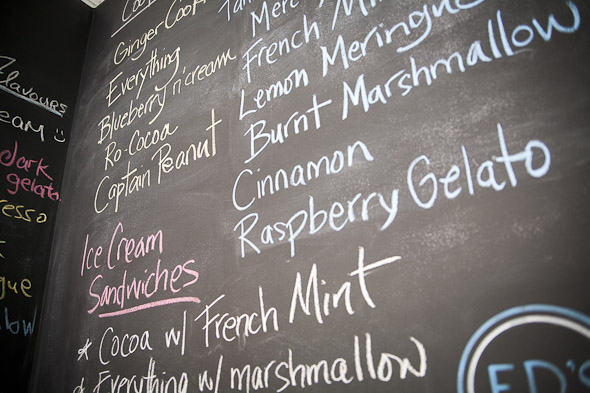 I ask Roseanne (who is now piping onto a cookie sheet) if she has plans to open the store during the day throughout the week. "I'm not sure how I could do it," she says. "We'd have to expand. Because right now, during the day I'm using this space for my catering and wholesale." 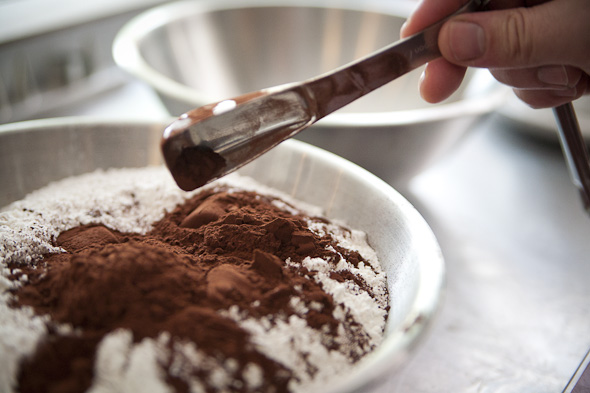 And the problem clearly is that there's not a lot of space. There's just one table for seating and a little counter cash, and a few people hustling back and forth in the bakery area. But Bakerbots' reputation is quite large despite its size, with the buzz most centred around the red velvet cupcakes and macarons in Mojito, Saffron, Earl Grey, and other flavours. 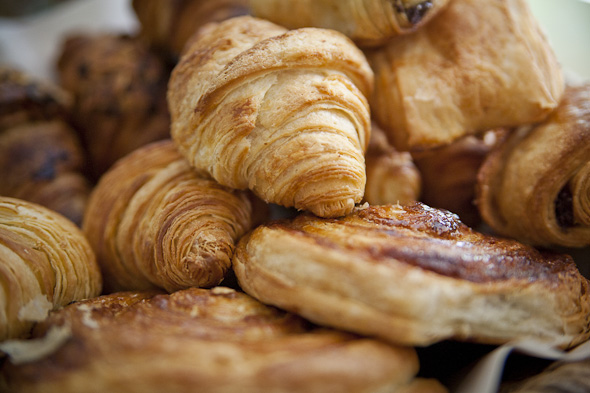 But I've come for an ice cream sandwich--the other famed Bakerbots offering--and Roseanne's husband, Chris, fills me in on the method. "Roseanne makes the cookies. We have Ginger, Captain Peanut, Everything..." he says listing off the cookie names. "So you pick your cookie, and then choose your ice cream." The ice cream comes from Ed's Real Scoop , and while the varieties are often changing, they can include flavours such as Burnt Marshmallow, dairy-free Raspberry, Guinness Stout, French Mint, Mercury Espresso, Maple Bacon, and others. 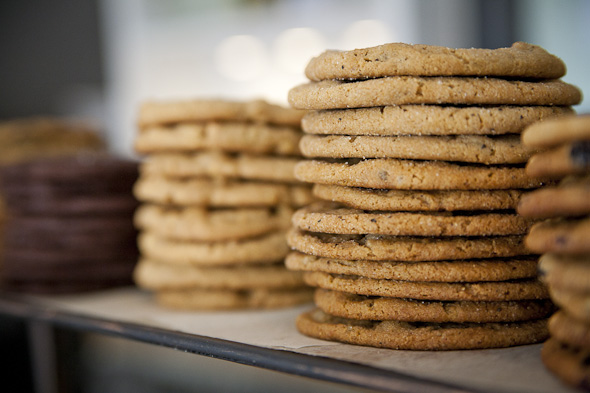 Bakerbots' chalkboard menu has suggestions for ice cream/cookie combinations, so I take its advice and opt for an Everything cookie with Burnt Marshmallow ice cream. The cookie looks pretty big, so I opt for a half sandwich ($3.50) instead of a whole ($5.50). And when I see it, I'm glad I did.

The cookie--split in two--sandwiches a good few inches of ice cream in the middle. Ed's ice cream, as always, is fantastic, and the cookie has a great sturdiness to it, keeping everything inside. It has that home-baked taste and is chewy in a bit of a stick-to-your-teeth type way. And it's flat--not fluffy or crumbly--which makes it perfect for an ice cream sandwich. I bet it would taste even better in the mid-afternoon. And yes, that was a hint. 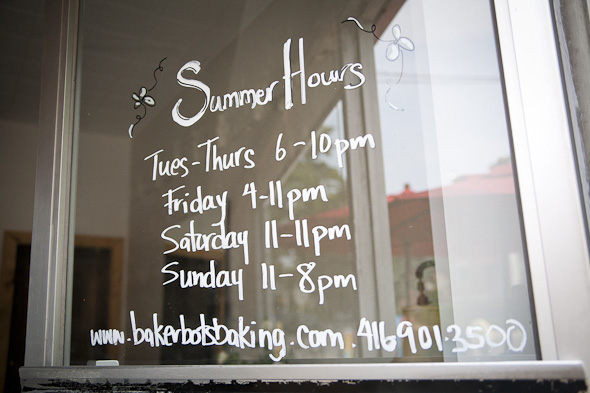