LeTAO is a Japanese bakery cafe specializing in cheesecakes and soft serve made with high quality milk from Hokkaido.

While certainly not the first Japanese brand to land in Toronto with a take on decadent Japanese double fromage cheesecakes, LeTAO might actually be the most famous one worldwide. 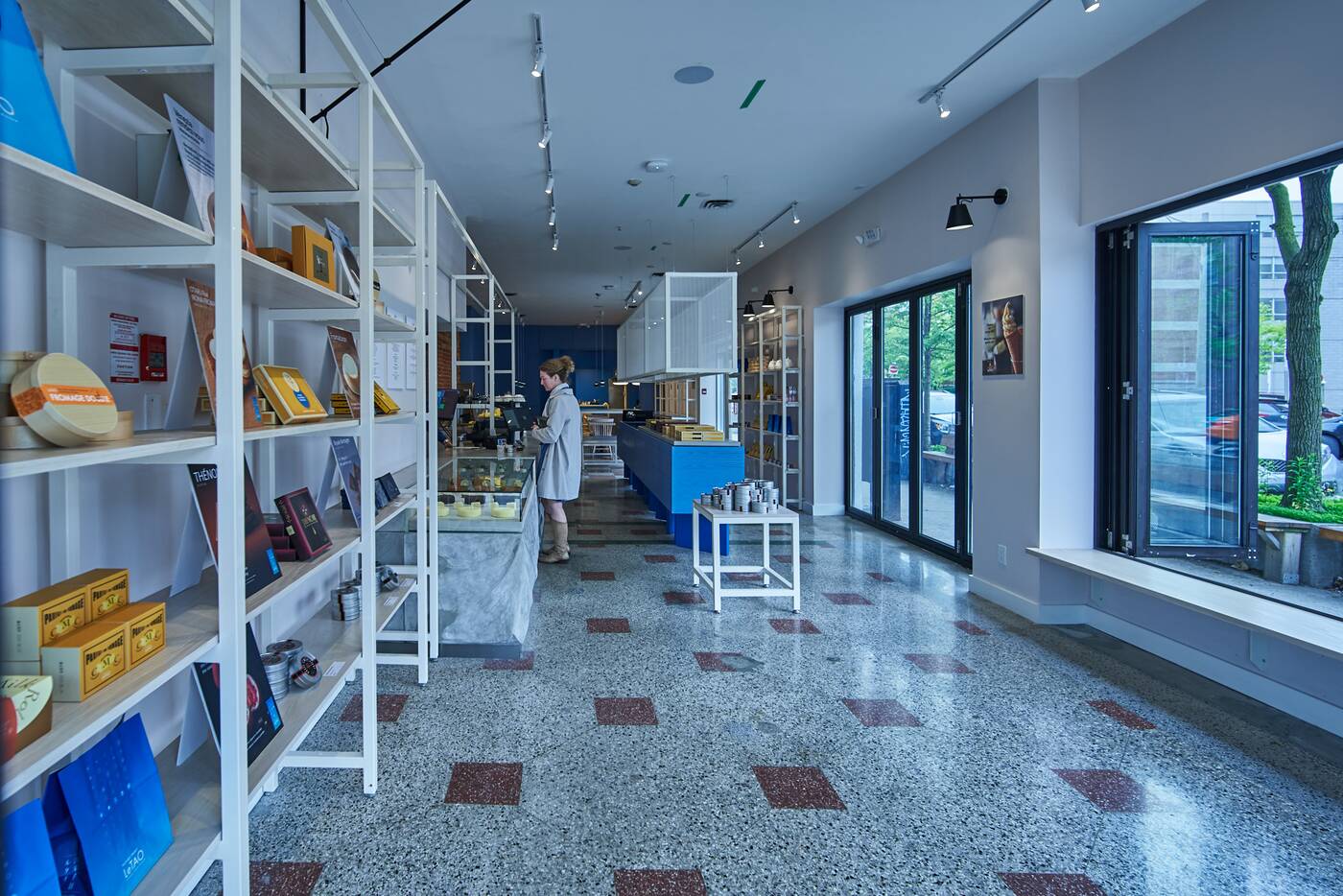 Hailing from the scenic harbour town Otaru, it's definitely the most famous in Japan (it's been awarded the country's number one Yahoo search for sweets and confectionaries five years in a row). According to owners, LeTAO is the OG of the double fromage game.

That being said, they've only opened 25 stores internationally since launching in 1998, with this one being the first in Canada. 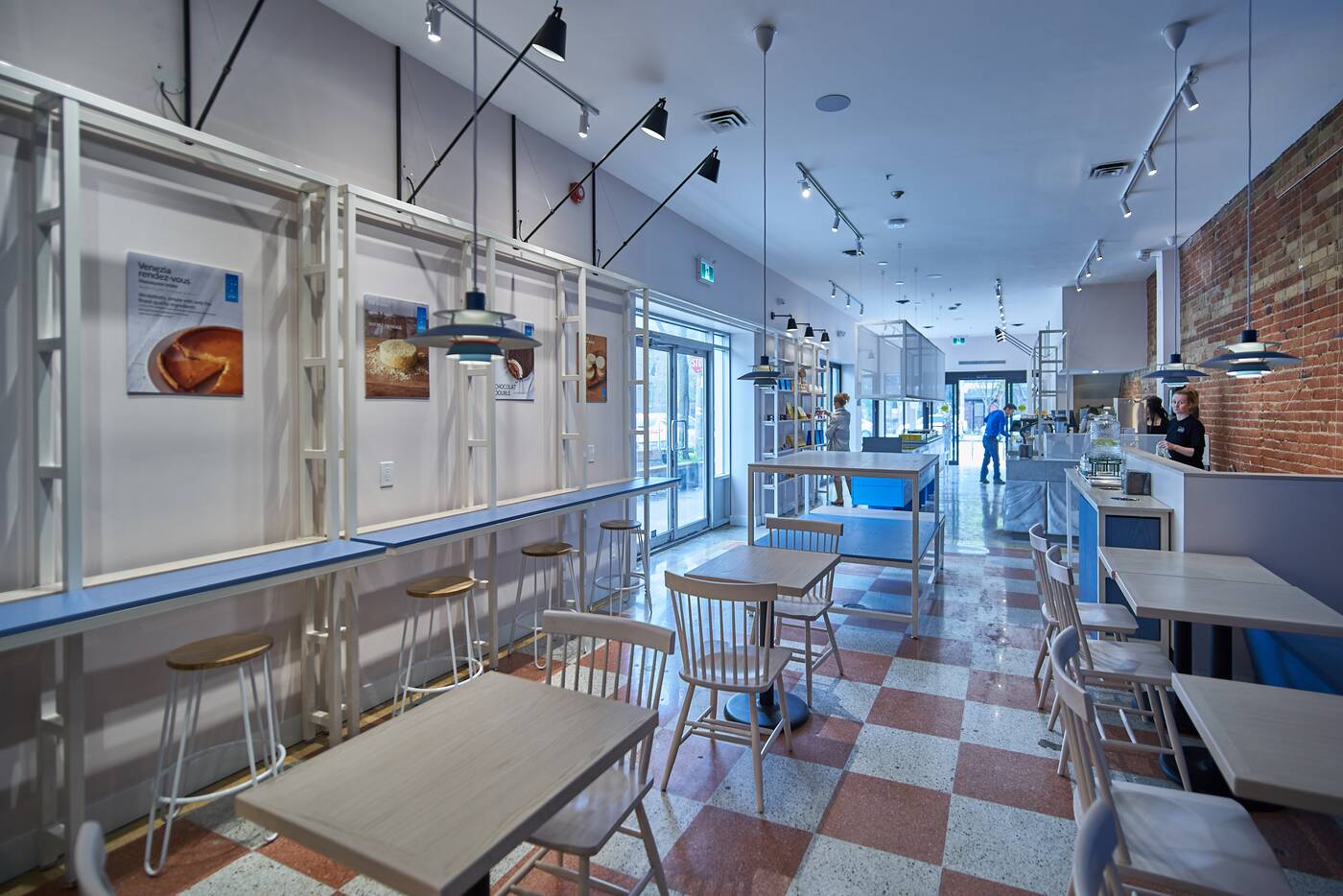 Taking over the old Caplansky's space, this corner shop has transformed from an homey deli into a showroom for LeTAO's beautiful cakes, cookies, and chocolates, with cafe seating in the back. 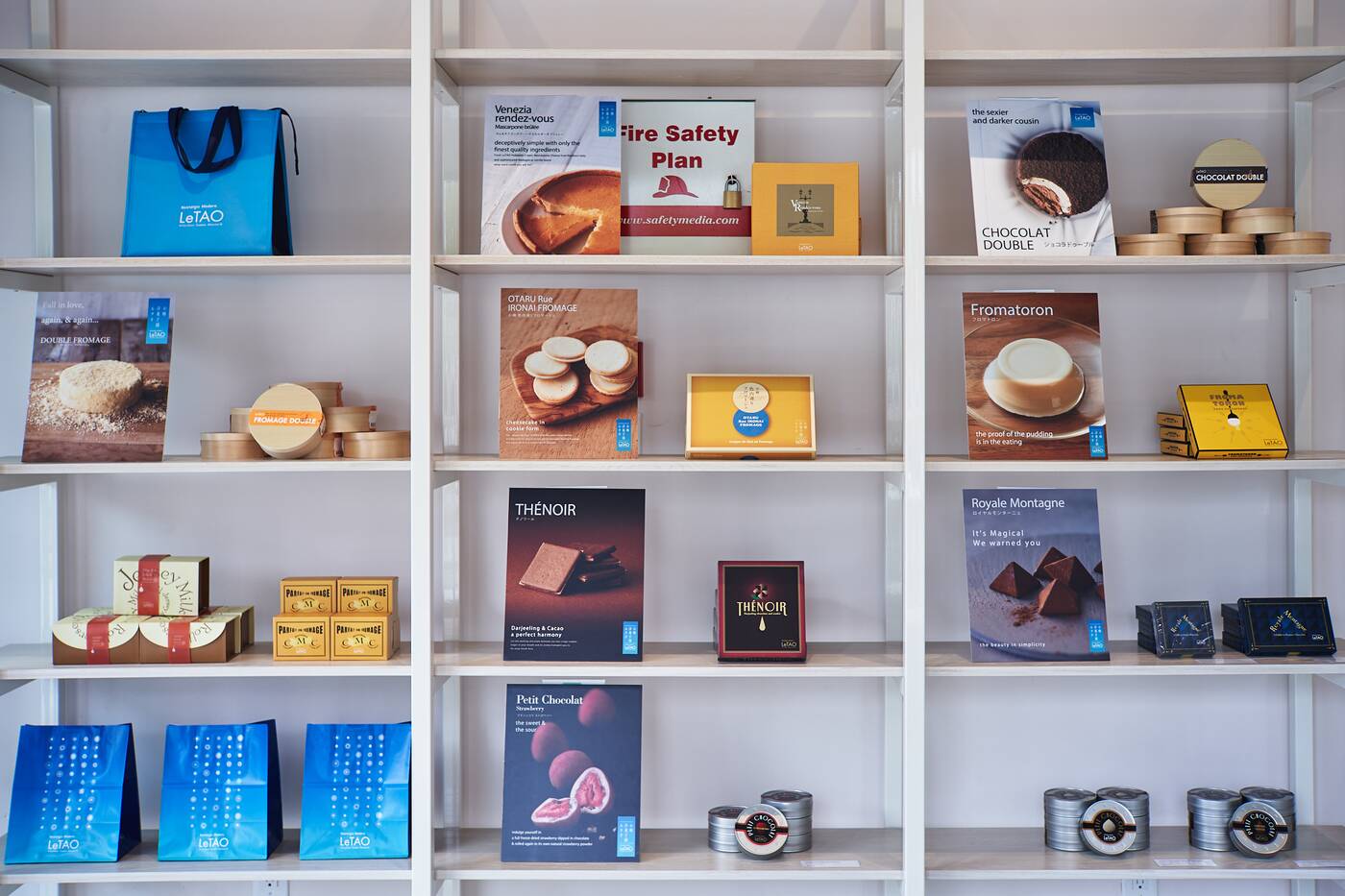 Nothing is actually baked in house: as a rule, everything on LeTAO's menu has been flash-frozen and shipped from Japan, before being thawed and plated in-store. Apparently, they boast the best freezer technology that allows goods to maintain quality while travelling overseas. 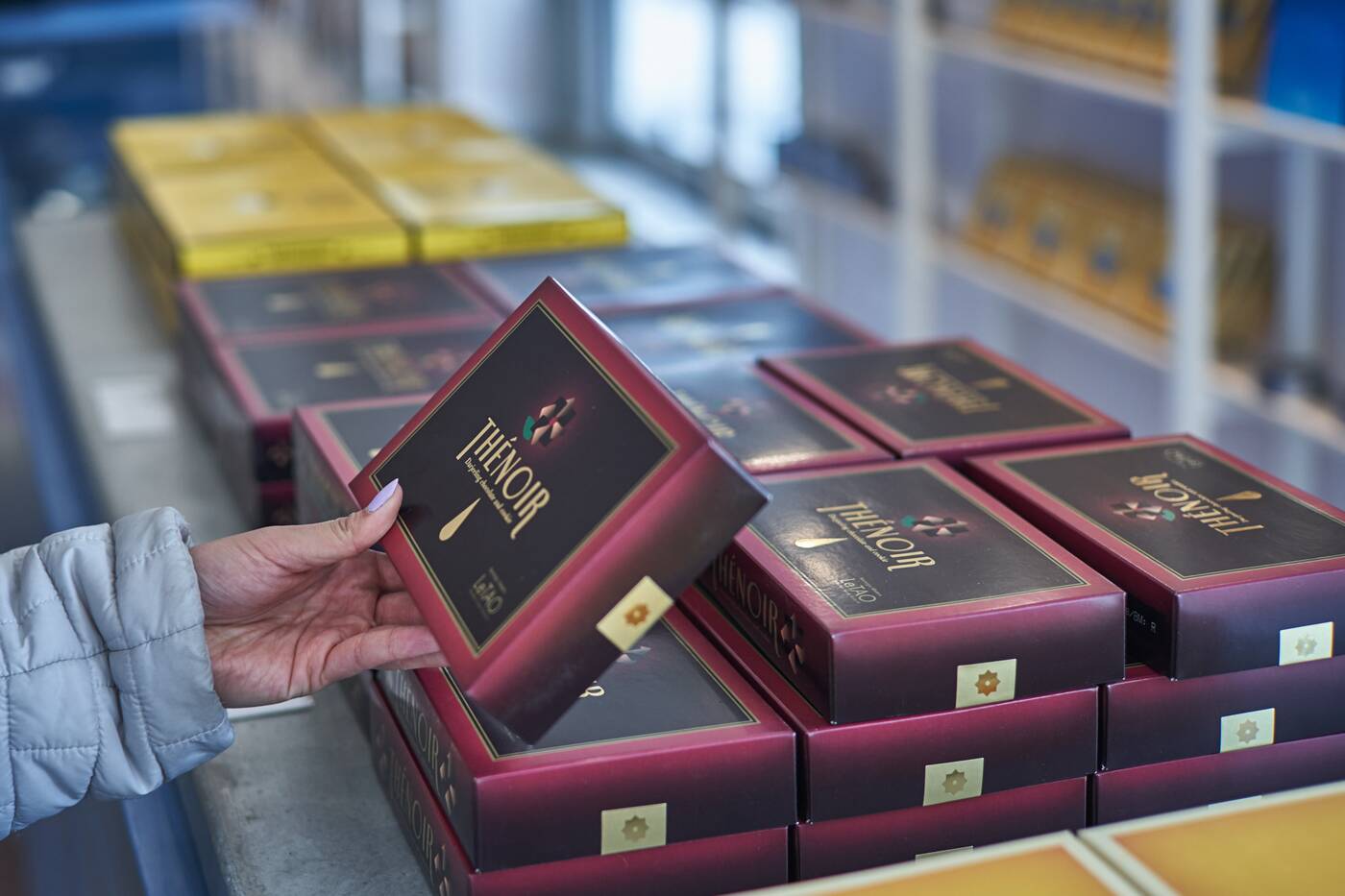 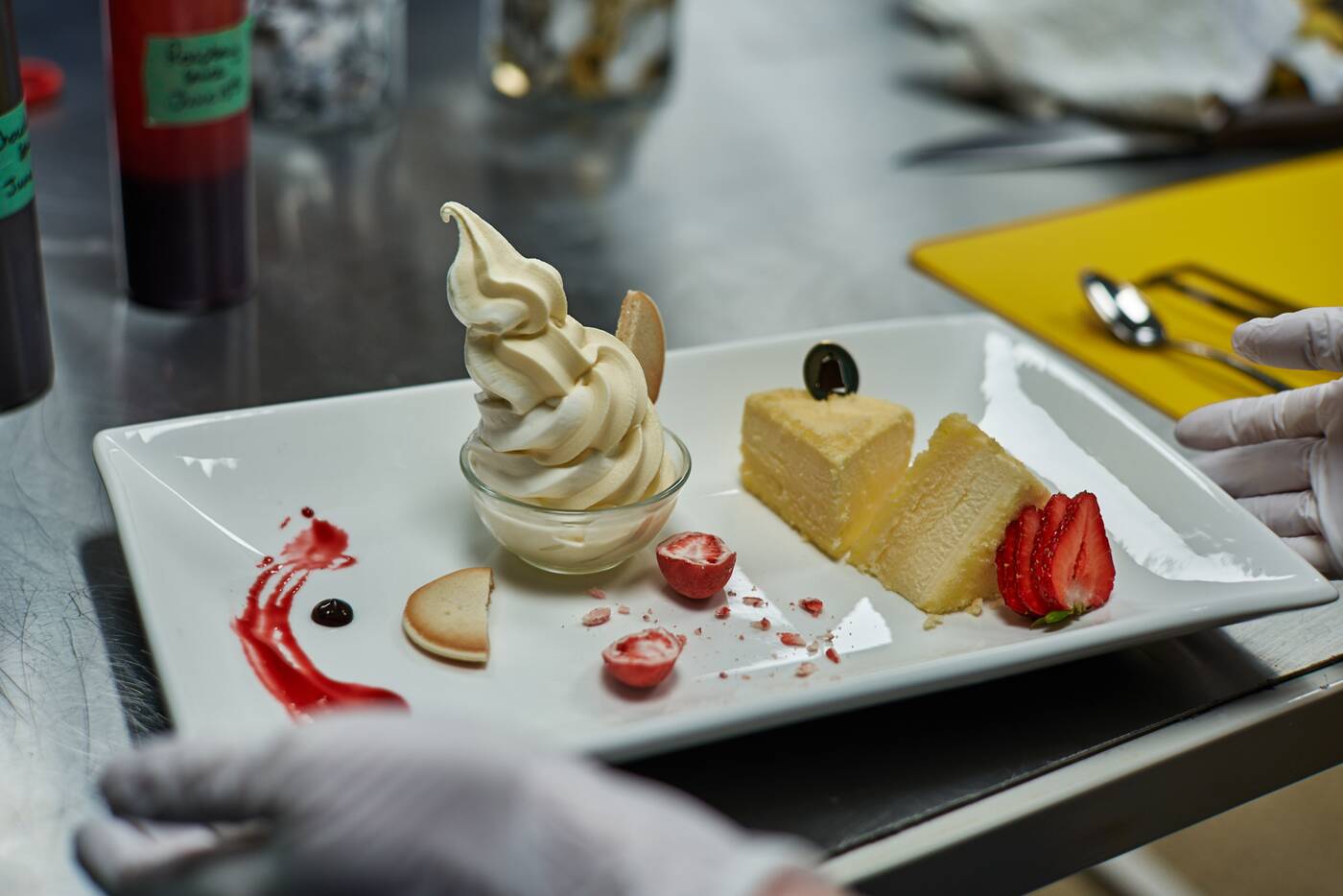 You can buy slices or full rounds to eat at the cafe or to take home frozen. Of course, there's the magnum opus: the double fromage cake ($8.50/$28), a rich creation made with Hokkaido cream, mascarpone from Lombardi, Italy, and coated with sponge cake crumbles. 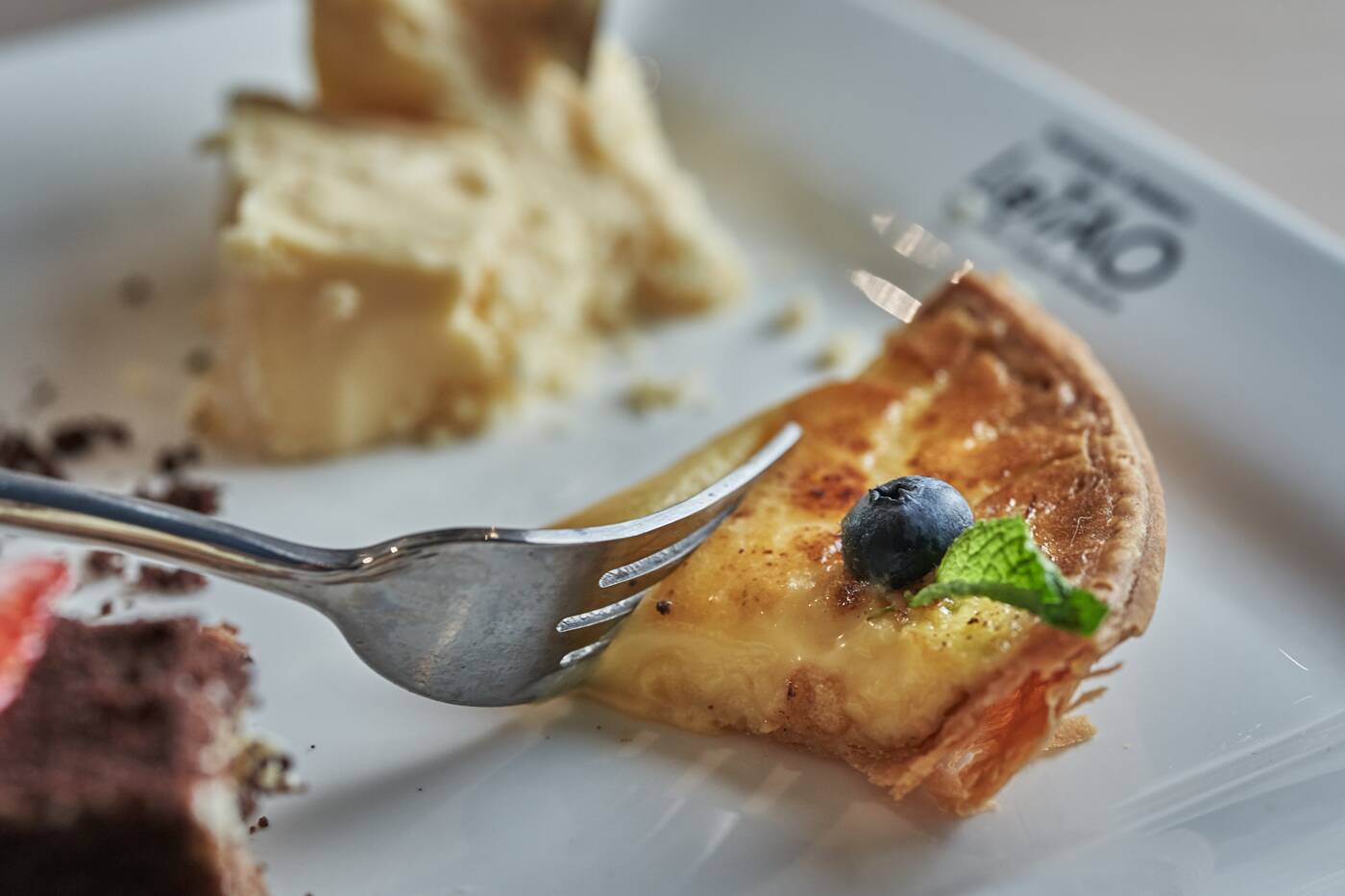 There's also a chocolate version ($9/$30), and the Venezia Rendezvous ($8/$26), a bruleed treat that uses Hokkaido cream, mascarpone, and vanilla beans from Madagascar. 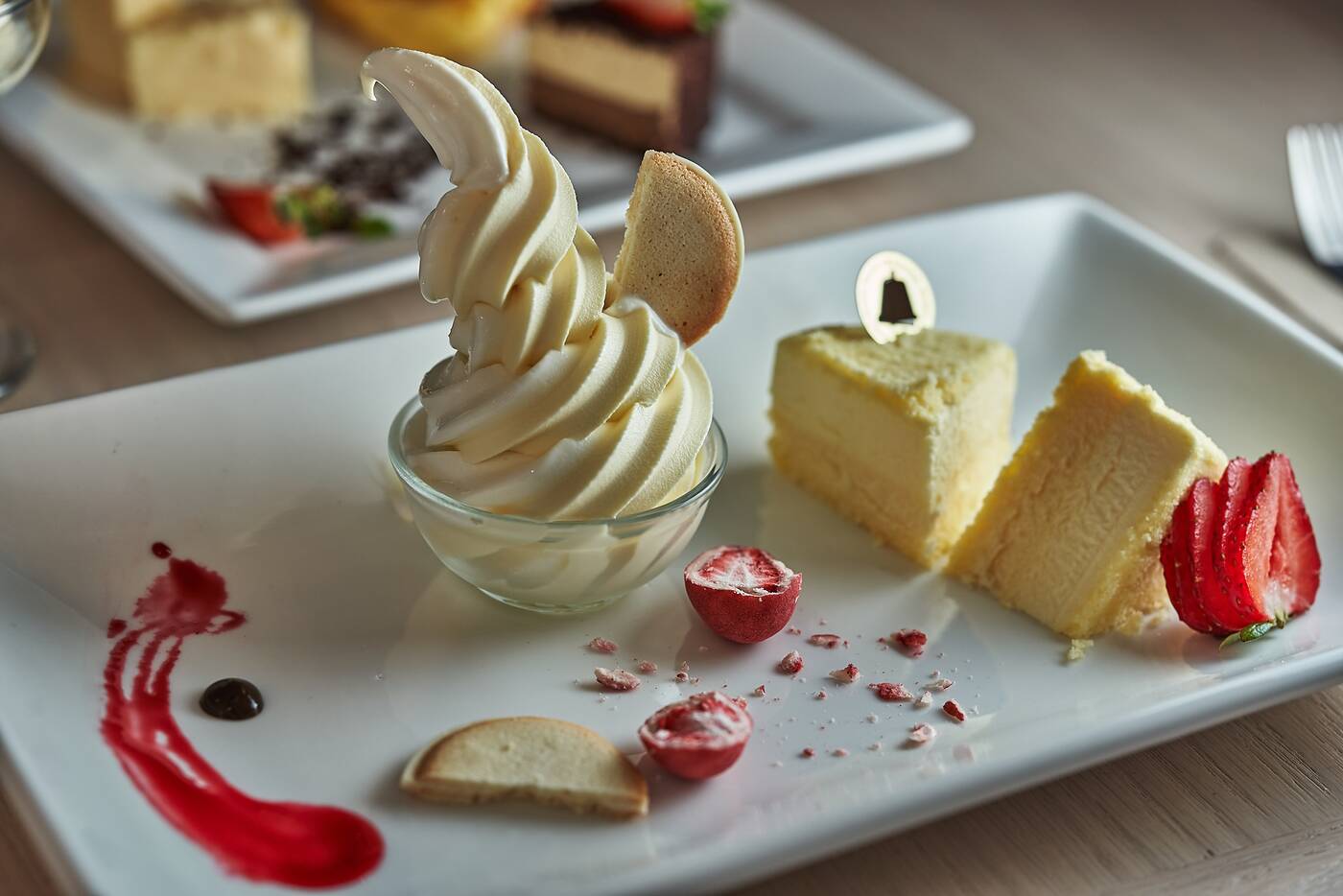 To try a few things at once, order a set, like the Snow White ($22). It comes with two slices of double fromage, one slice of petite chocolate, an ironai biscuit, soft serve, and a hot beverage.

The ironai looks like a regular biscuit but it's amazingly rich and delicious. There's also the Thé Noir cookie, a chocolate version infused with Darjeeling tea. 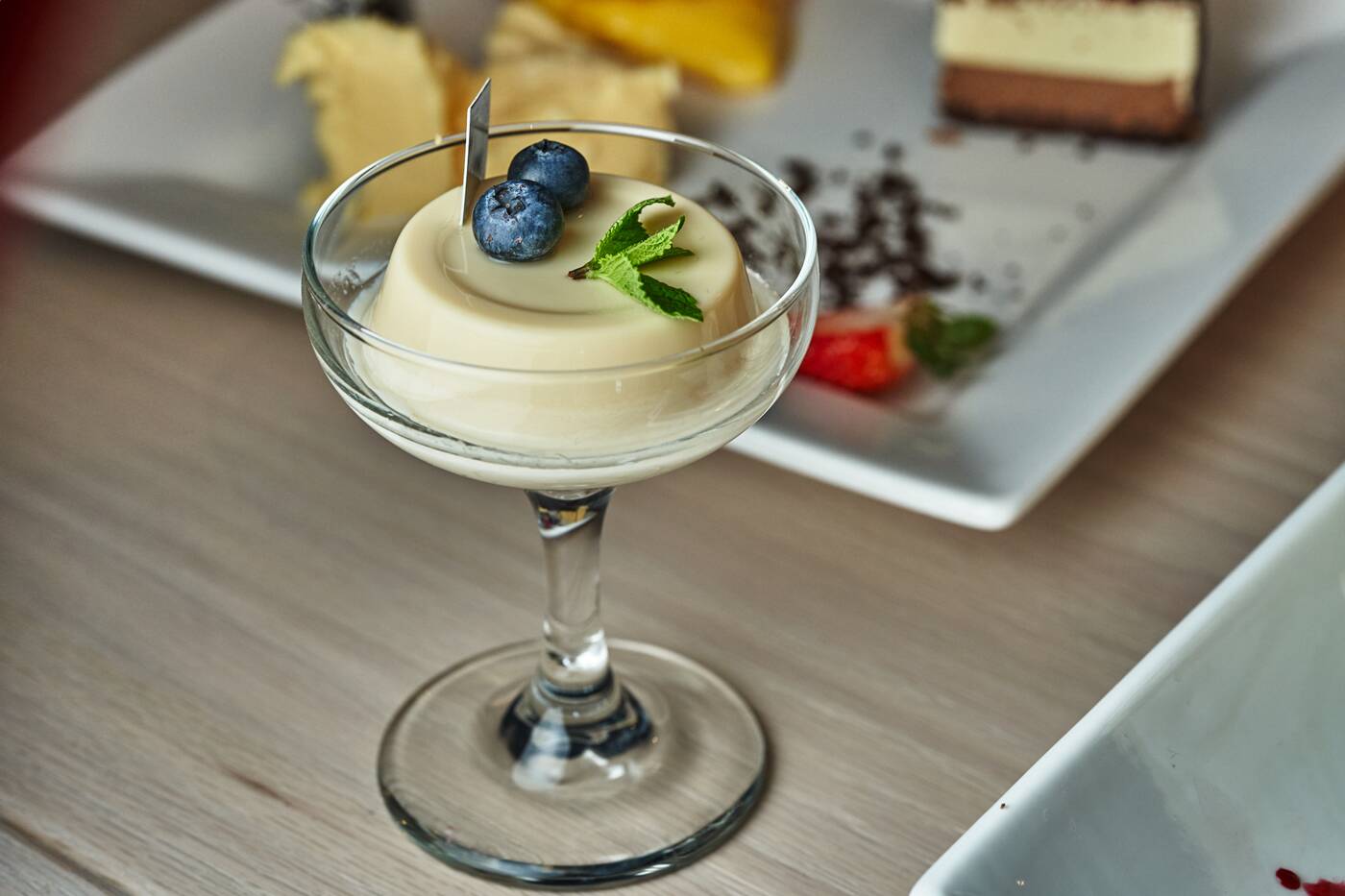 A delicious pudding made from rare cheese comes with the Trois set ($26.50), which gets you three cake slices of your choice.

The Parfait D'or Fromage ($8.50) literally looks like a hunk of butter (maybe that's why it's one of my favourites). It's the closest option to the New York-style cheesecakes North Americans are probably most used to. 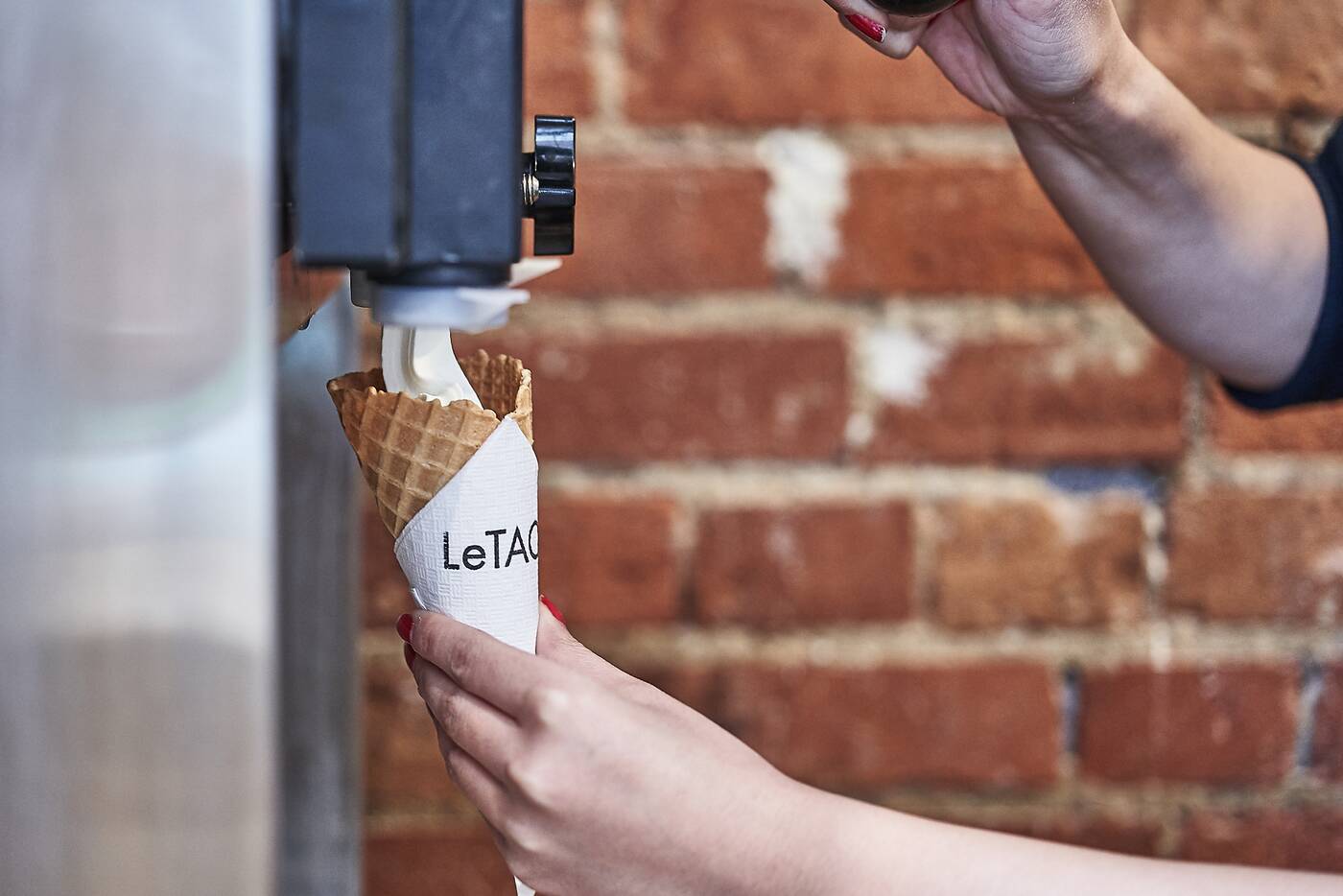 For soft serve, there are two types: one made from high-fat Jersey milk (via British cattle in the Channel Islands), while the other is a rich cheese ice cream. 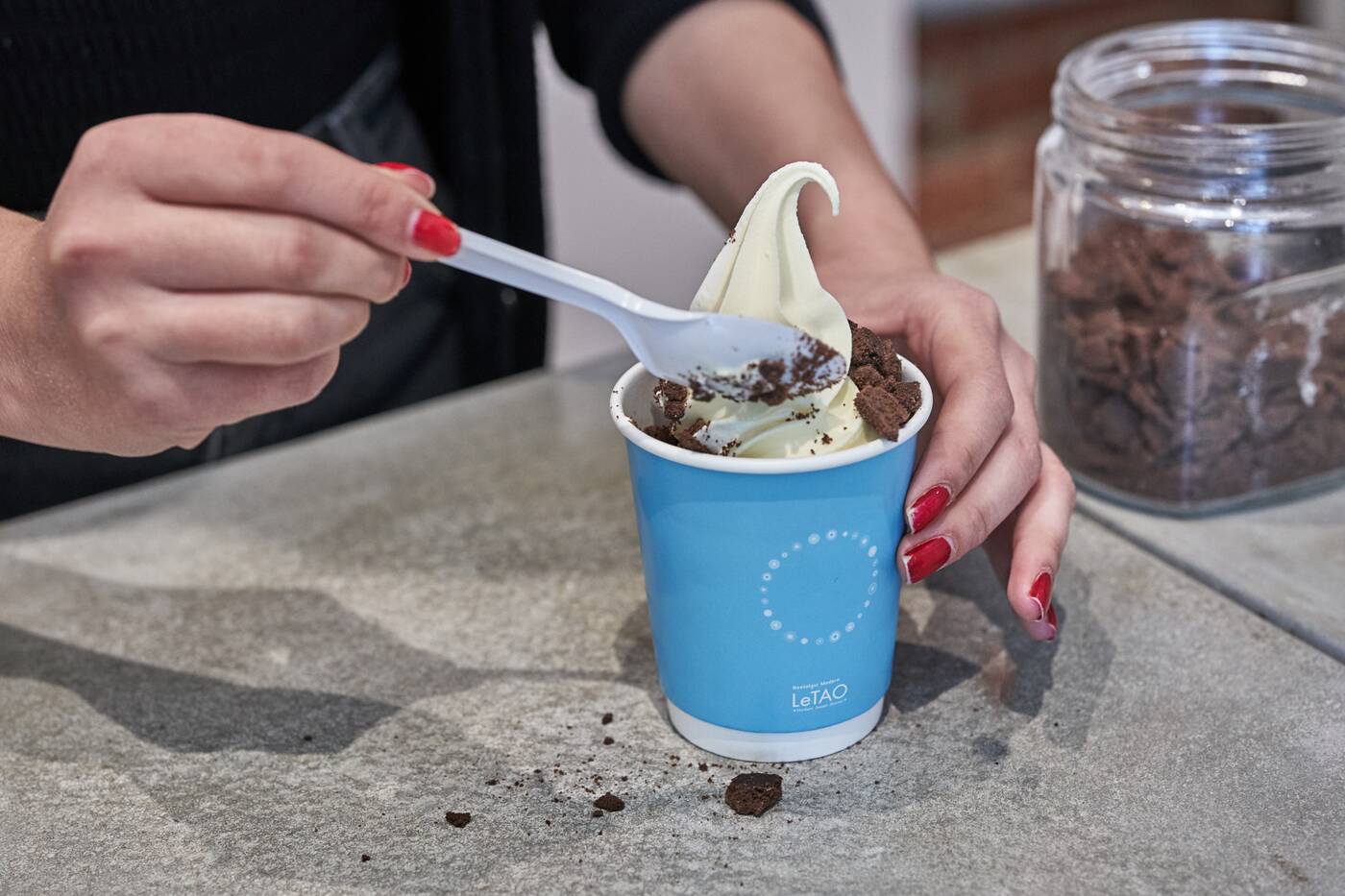 You can get both flavours in a twist, or in a Parfait with Thé Noir crumble. 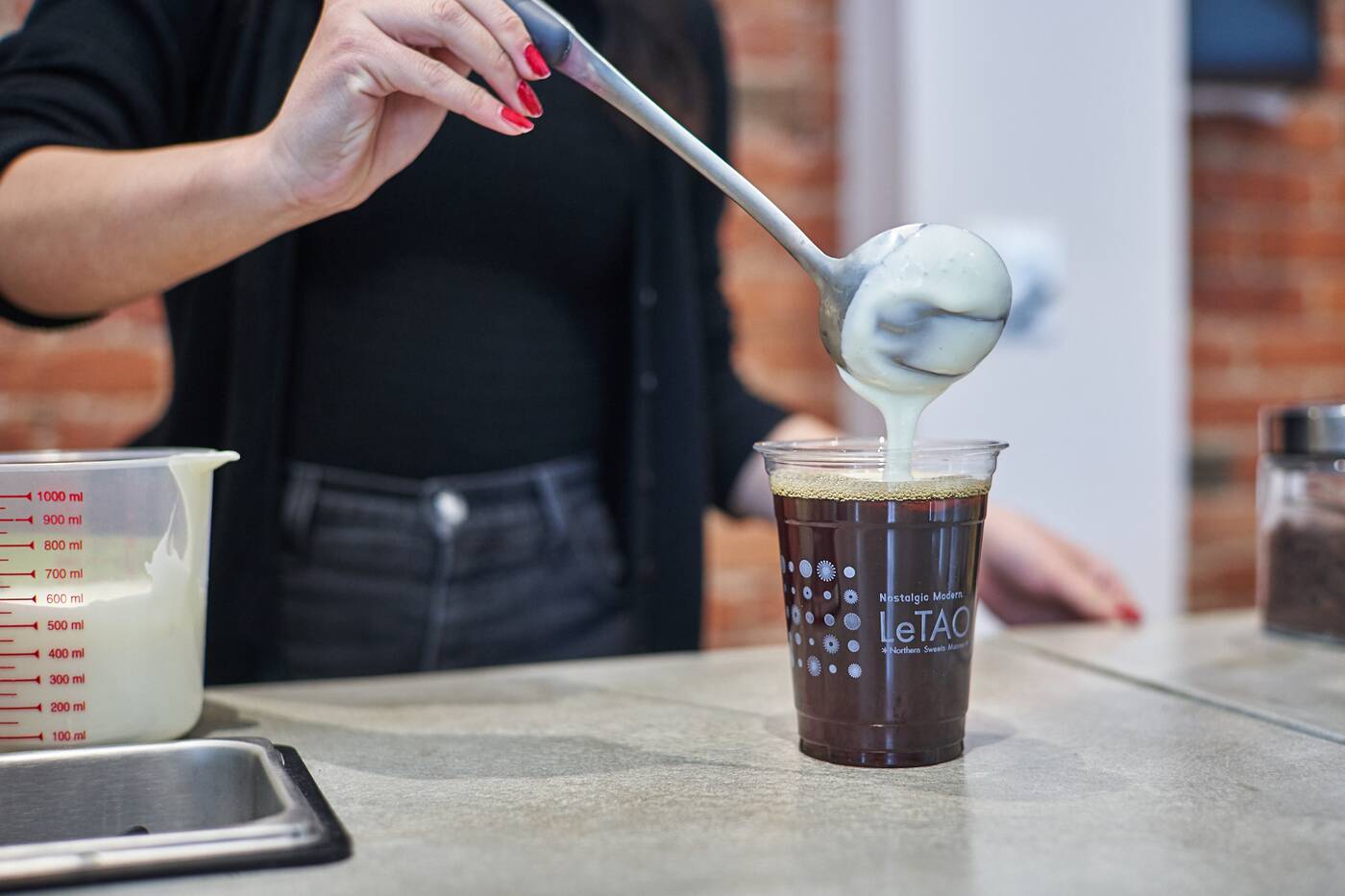 Drinks come just as dairy-filled and decadent as well: a Guinness beer-looking double fromage coffee ($5.50) uses a roast from Detour Coffee and comes topped with a signature double fromage mixture, made from soft serve, egg whites, and cream. 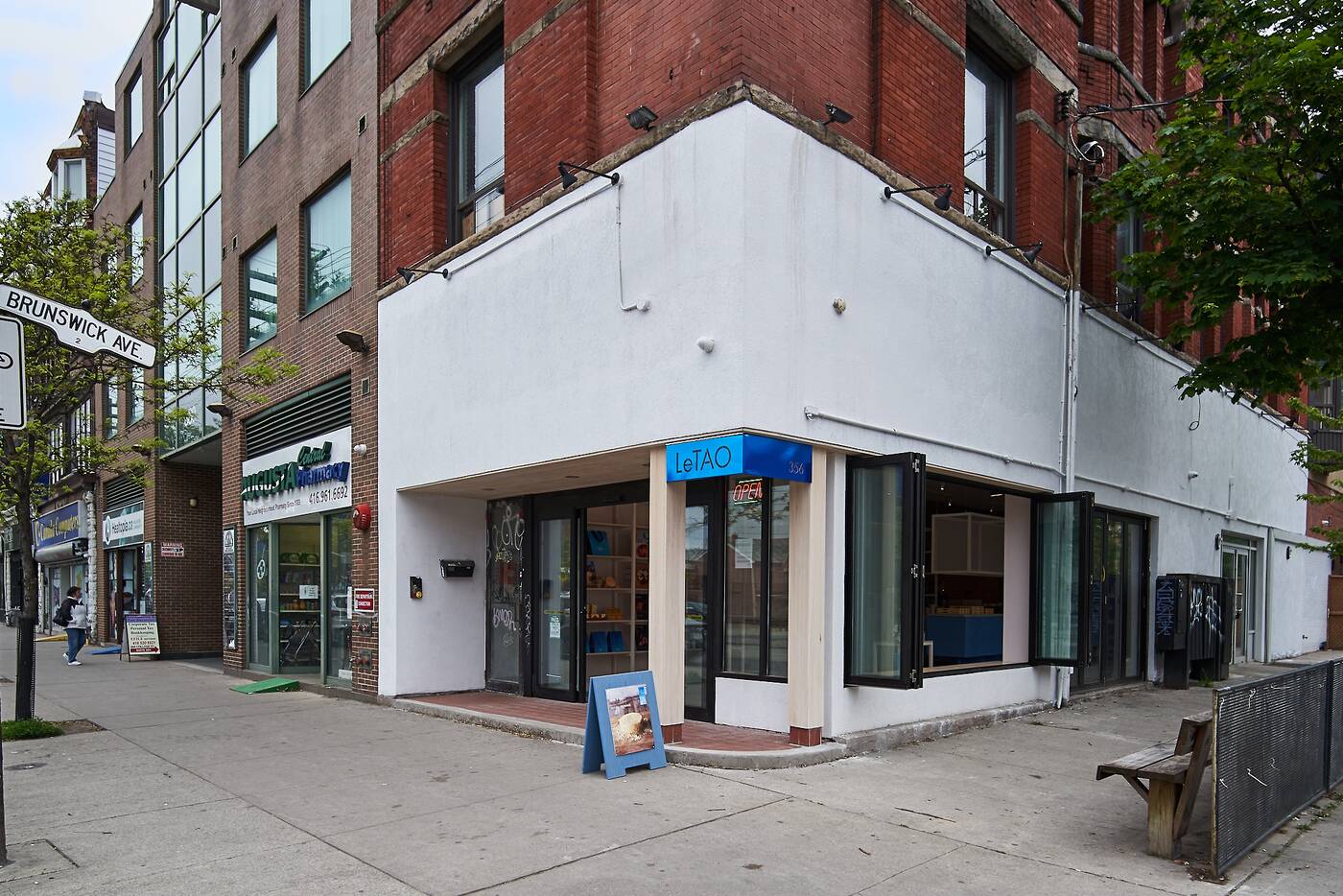