Y'know you're doing something right when you're being called the messiah of smoked meat , your fare's got a fan club with Geddy Lee in it, and it's so popular it's spawned its very own backlash! But fuck, people, it's only a sandwich...

Sinai of smoked meat-- Schwartz's in -- thinking they have unmasked an imposter. Here are the facts people: I am not in , nor do I care

enough about purportedly 'authentic smoked meat' to be bothered ordering myself some of Schwartz's to make at home. I do however, love a good authentic sandwich and some good authentic conversation. And Caplansky's has both.

Zane Caplansky is a mensch. Talking to him is like getting into a warm bath: you always come out slightly dizzy but with a sense of wellbeing that carries you through the day. Charming to a fault

this youthful 40 year-old works the room like the seasoned restaurant veteran that he is; his jovial presence affable demeanor, somewhere between Jackie Mason and Jerry Seinfield, is one of the other reasons for hitting this stealthy little spot on a side street in Italia Minor .  After a little chat with him you begin to notice how aware he is about history -- his own, deli culture, the neighbourhood -- and how passionate he is about preserving it, admitting that if he ever outgrows the Monarch, he hopes to open a little deli outpost on Nassau near the spot where his granddad used to run a butcher shop and bring a little Jewish back to a neigbourhood still known in many circles as the Jewish Market. 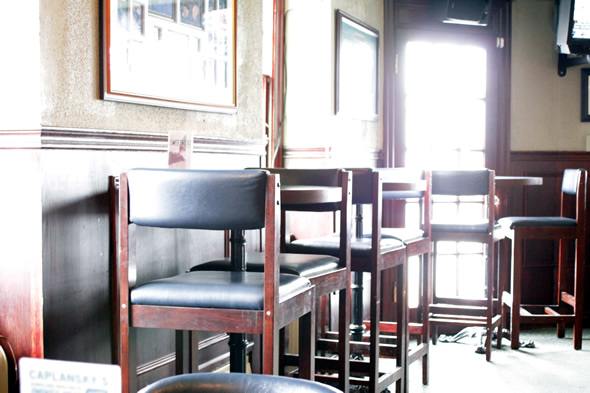 Climbing the stairs to the Monarch's second floor is a great build-up to your meal as you're spit out of the dark staircase into a simulated '70's legion hall interior, the ambience not unlike a children's drawing: full of cartoon menace and oozing primary coloured chaos that ultimately reveals an innocence and playful juxtaposing of elements enough to make even the hardest hearts flicker with delight. This vibe is often derided by more grown-up elements that've forgotten the power of magic words but you get the sense on any visit that lost boys would be waxing esoteric with blue-haired bubbies next to the xxx crumb-inspired '70's pinball machine while discovering the dirty on how to make a fool-proof chicken soup that'll cure asian bird flu (the tetra-granny-ton) all presided over by Zane's clown princing. The only thing missing is dogs playing poker at one of the corner tables. Jaime Kennedy once stopped in for a bite, congratulating Zane on the fact that in the Monarch he's got a ready-made cool-factor that usually costs restaurateurs thousands in fees to fellas usually named Yabu or Pushelberg. 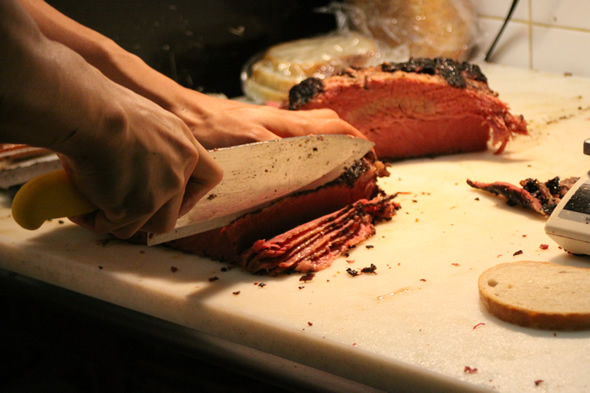 So how's the food then?

You mean you haven't tried? 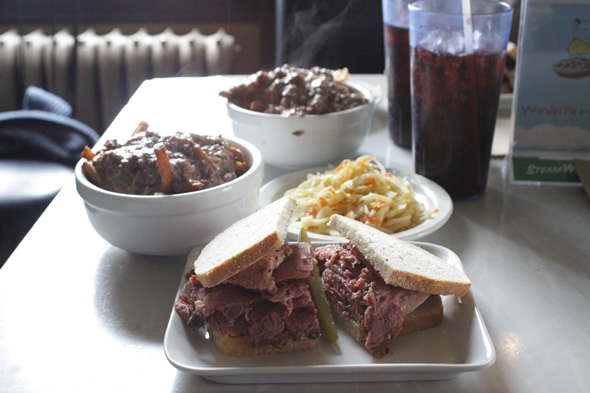 The sandwich ($7) is a meaty interface of pure, oldschool un-diluted joy (despite what the haters'll tell ya). Fresh, chewy Silverstein's rye groans

under the weight of 7 juicy, heart-stopping ounces of succulent, smoky, hand-carved brisket (ordering the meat "fatty" is the only way to eat this bad boy... if you're worried about the waistline,

remember you walked up stairs to get here). It doesn't taste like Schwartz's (which should in no way detract from how fine a smoked meat specimen this is); it has more in common with the brisket at Phil's Original BBQ than 's meat. The "Fresser" ($12) nearly doubles the meat quotient for 13 oz. in a Chuck Norris sized fist of smoky, beefy goodness. 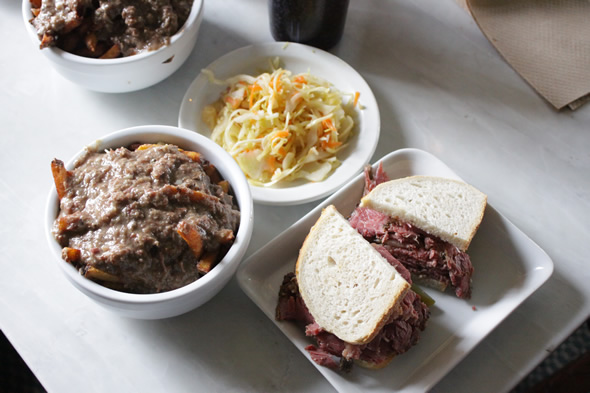 The fries ($4) are perfectly crispy, without a hint of grease and salty enough to stand up to the aggressively flavoured sandwich. They're even better

smothered in the thick, beef-flecked gravy and squeaky cheese curds available in the poutine 'upgrade' ($6).  You'll struggle to finish an entire serving along with a sandwich--it doesn't mean you won't try though. 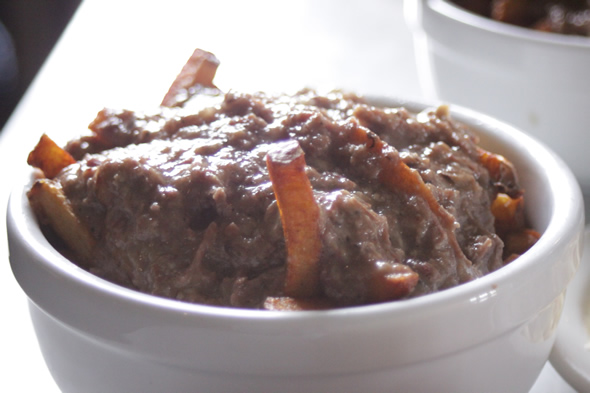 The knish ($5) is has gravy laced flaky pastry stuffed with much spicy chopped beef bits from the smoker mixed with chunky potatoes; an homage to corned beef hash that would definitely be kosher, or at least not out of place next to some over easy eggs for breakfast. 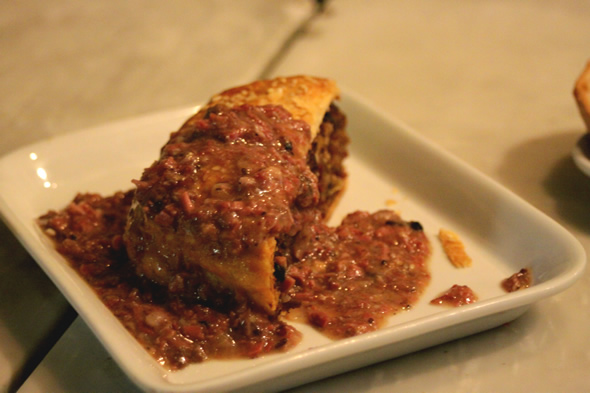 The borscht is a wonderfully ruby sweet and sour broth and the split pea is hearty stick to the ribs soup is the perfect antidote to winter (both $4).

If you still have room after

this comfort food feast, indulge in some of Catherine's creamy cheesecake. I nearly LOL'd at the sheer moxie as it was brought to the table dusted only in powdered sugar. Not a single blueberry or cherry in sight. My laughter was quickly silenced once I tasted the perfectly creamy confection that was neither overly sweet or overly heavy and inhaled faster than a dime bag of coke at last year's Bear Stearns X-mas party.

Believe me, I'll be back to

Caplansky's once I've been fitted with the pacemaker. Til then, I'll settle for spreading the word that there are still pockets of resistance out there making heroic, slow food, preserving a tasty tradition for hungry future generations.

Keep an eye open this summer as Zane promises to extend his hours in honour of the coming patio season offering the beer-soaked College Street masses a chance to hit their culinary g-spot with a tasty late-night bite. 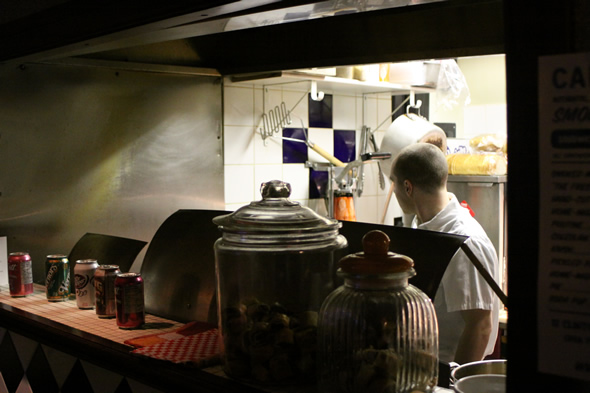 I asked Zane a little about his inspiration and plans and...well...never one to shy away from a chat, here's what he had to say:

What's your favourite TO deli?

Do you have a regular order when you're there?

Describe a formative food experience, one that made you realize that food was something more than just sustenance.
One experience? Hmmm... In her early '70s, my Nana baked and froze a dozen little blueberry pies. She then packed them into her luggage and brought them to me in London, England. She knew how much I loved her blueberry pie and I knew how much she loved me.

Does it bother you when people compare your smoked meat sandwich to Schwartz's?

Is there such a thing as too much smoked meat?

How could there be? Its like saying "too much love". Pish tosh.

Which Iron Chef would you challenge to battle smoked meat and why?

I really think my product is special so it doesn't matter who I'm up against. In a Deli Battle, I'd take Bobby Flay because he's so darned good. I'm sure I'd learn a lot from him.

Why is deli culture important?

That's like asking "why is breathing important". Food is the soul, the mortar of life. Jewish life and and non-Jewish alike. We all have to eat. But Deli is Jewish comfort food. It makes us feel safe and warm and loved.

Who would you like to play you in the film adaptation of your autobiography?

Who would play your sandwich?

Steve Martin only because I'm mad that he did the Pink Panther and Cheaper by the Dozen Movies.

What would you eat for your last meal on Earth?

I'd start with my mother's chopped liver, followed by my Bubbie's chicken soup with matzoh balls (with sailboats and eggies). my father's Caesar salad, maybe a piece of knish with caraway rye for the gravy (my gravy) and then my own version of the Schwartz's Combo: rib steak char-grilled rare, point cut of my smoked meat, my braised bbq brisket and a few pork ribs. For desert? Nana's blueberry pie and ice cream (vanilla) and some of Catherine's cheesecake. 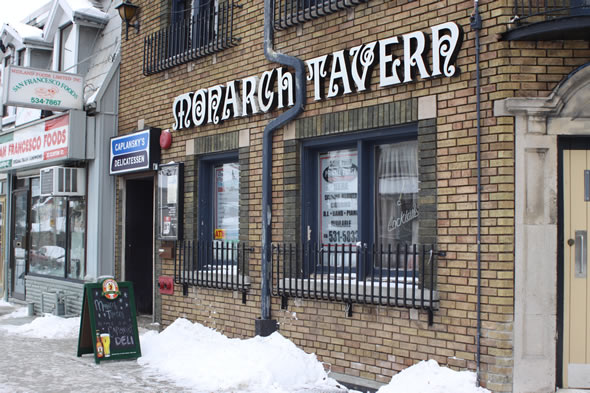