Kris Lodu knew that there was a major gap in the art scene that needed to be filled. With museums and galleries boasting the likes of well established artists, the city was forgetting one key scene; emerging artists.

One Night Only is Ludo's creation alongside the Drake Hotel, showcasing new emerging talent in the city, from photographers to ceramist. 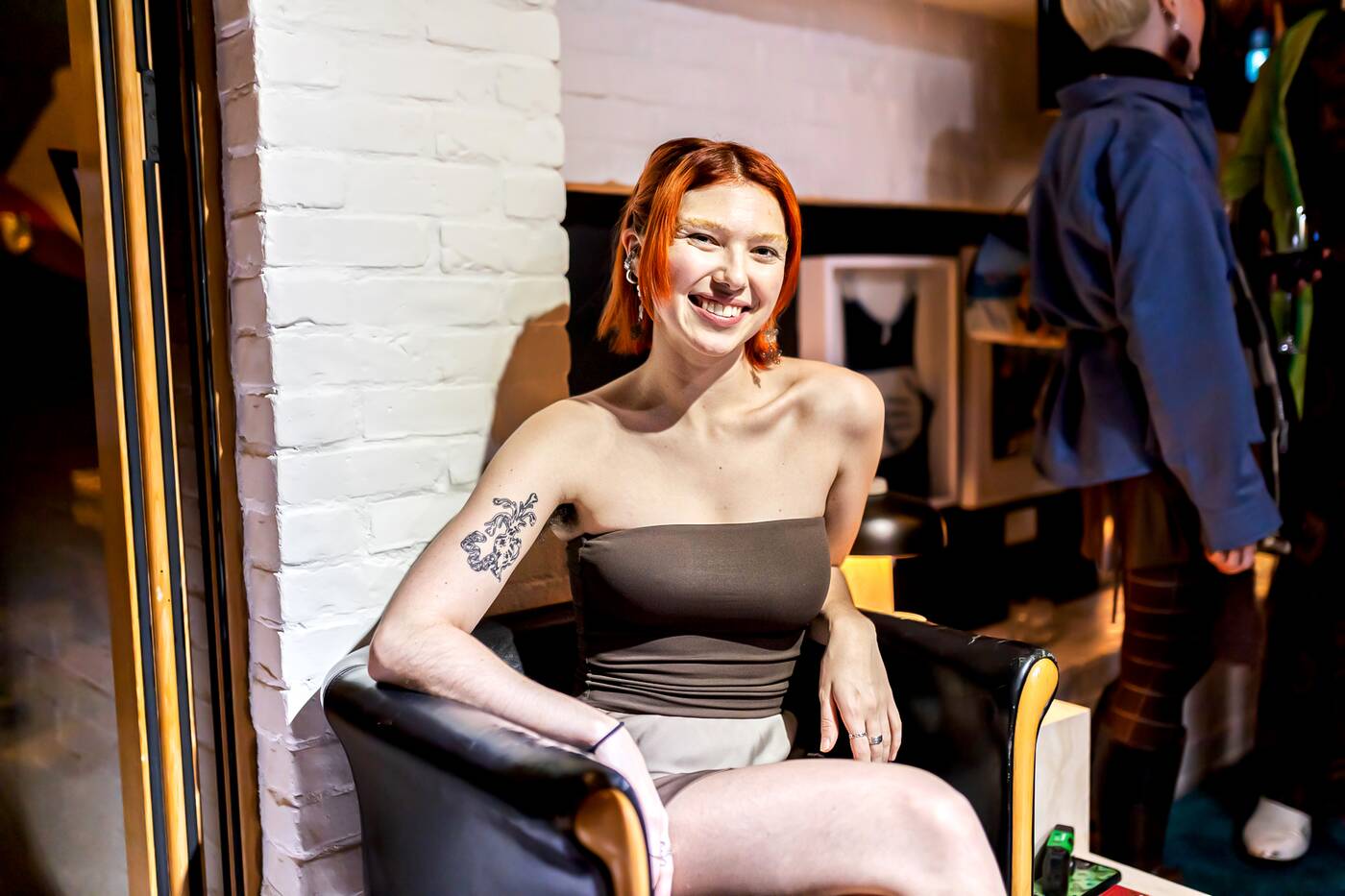 Lodu started One Night Only in November of last year, hosted at the Drake Hotel lobby. Photo by Fareen Karim

Lodu, a painter themselves, began working with the hotel while they were a host, and now works as their cultural programmer. Now, Lodu works within the curatorial world welcoming emerging artist into a new space.

When their first exhibition began, hosted within the hotels lobby, Lodu knew immediatley how they would introduce the series. Their childhood friend Austin Ambraska's series 'Summer Skin' in November 2022. 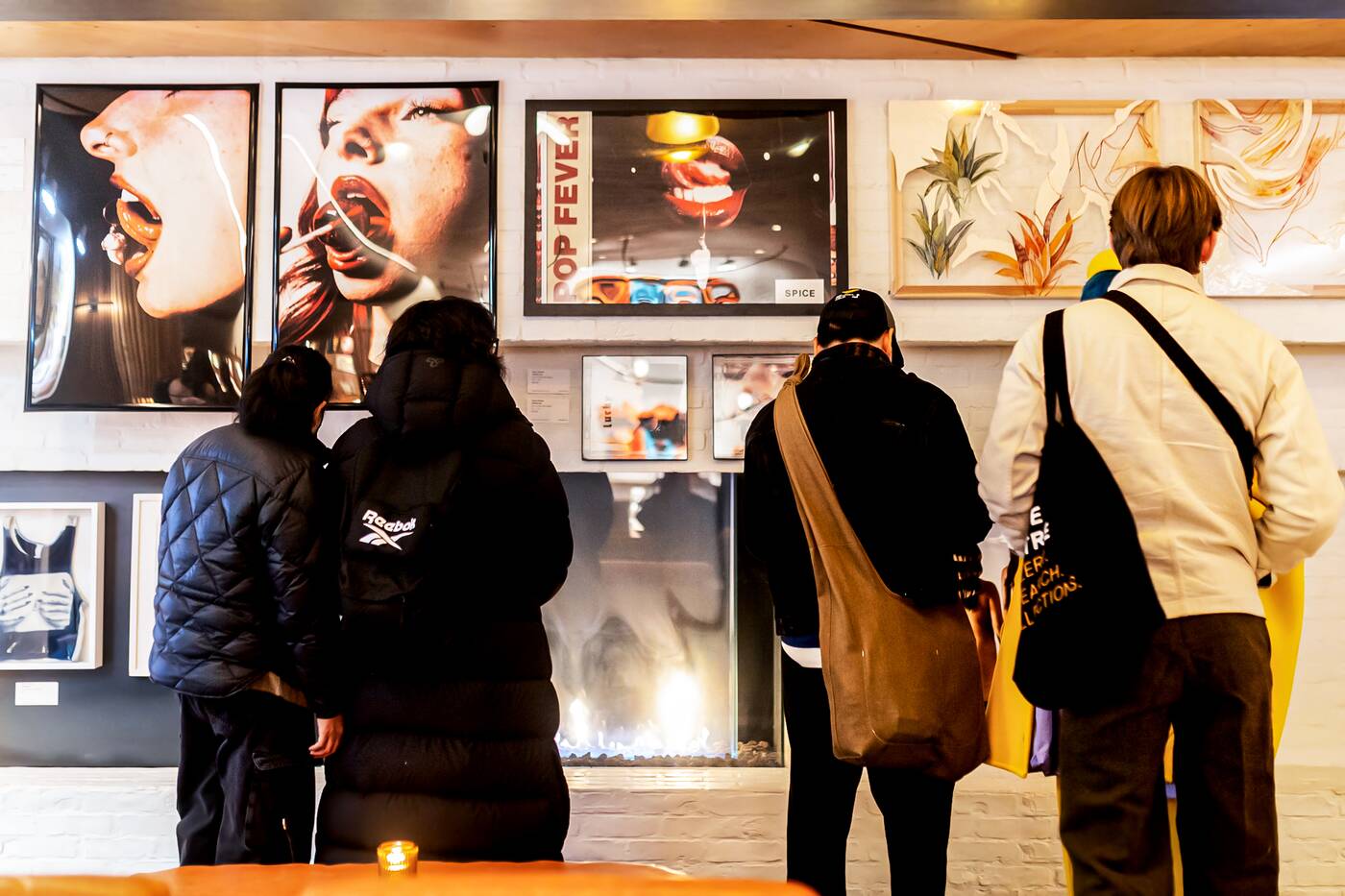 The creative programmer Kris Lodu has focused on bringing up-and-coming emerging artists into the light. Photo by Fareen Karim

"He had been working on [Summer Skin] for the past three years, and it was about our connection to outside during lockdown," said Lodu. "We grew up together [and] it all came full circle within each others art careers."

Since then, One Night Only has showcased 4 artists since and held twice a month on Thursdays.

Starting this year, however, Lodu plans to host these events every Thursday. 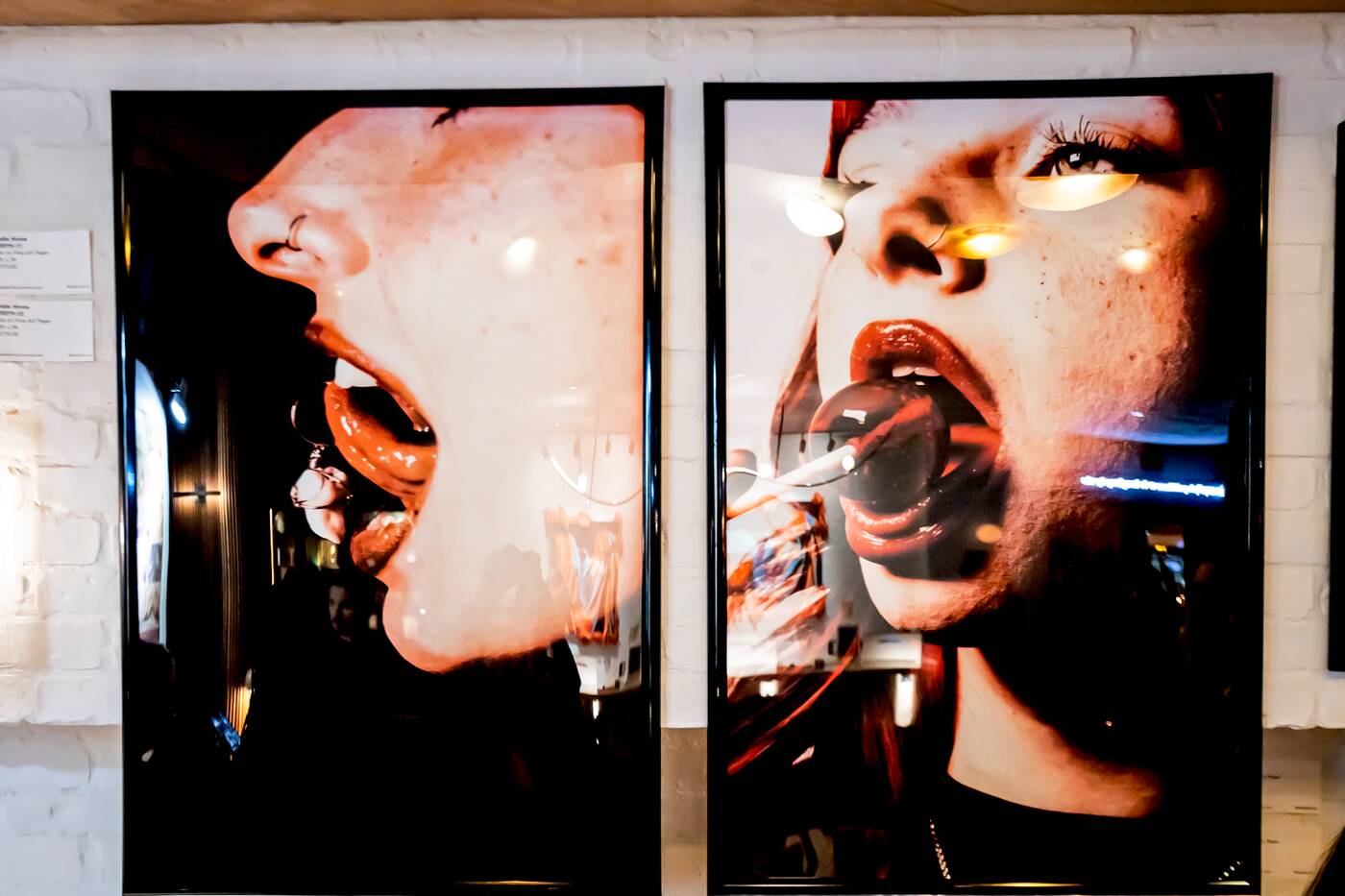 Photographer Halle Hirota showcased over a dozen of her pieces. Photo by Fareen Karim.

The aim for One Night Only is simple; help artists navigate the gallery and exhibition world with ease, providing them with a space that works with them.

"[Austin] really felt very loved that night, it just made me happy seeing the artist transform this space and all the different possibilities that can come with it," said Lodu. 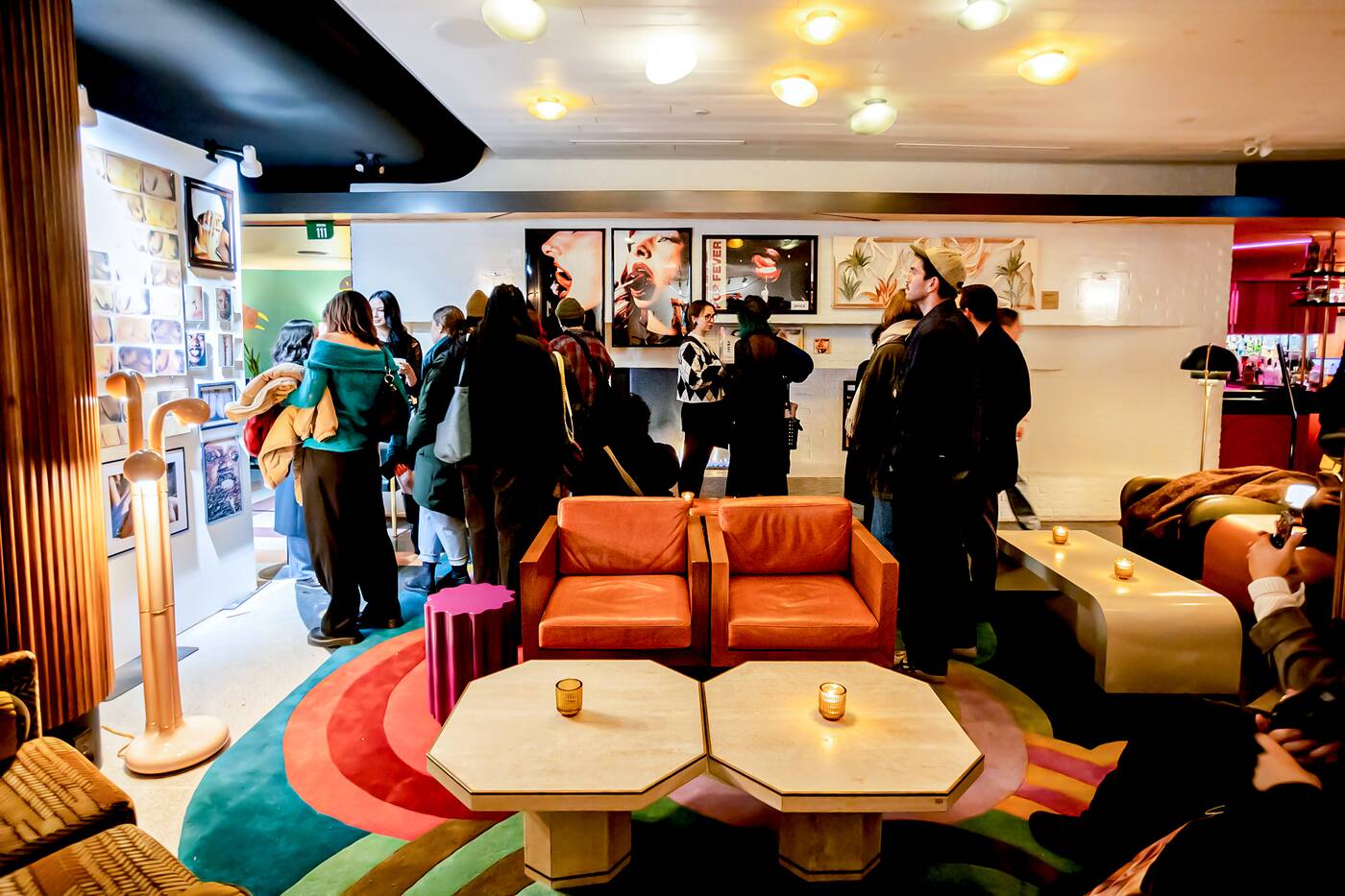 One Night Only at the Drake Hotel.

Lodu said through their series, they want to break the roadblocks emerging artists may face. The cost of installation, hanging and application fees are obstacles that some artists may not be able to overcome when entering the art world.

"It can be hard as an emerging artists..it's like if you don't get into that gallery after paying the application fee, that $100 you use for your application fee can go towards art supplies because again that is so expensive," said Lodu. 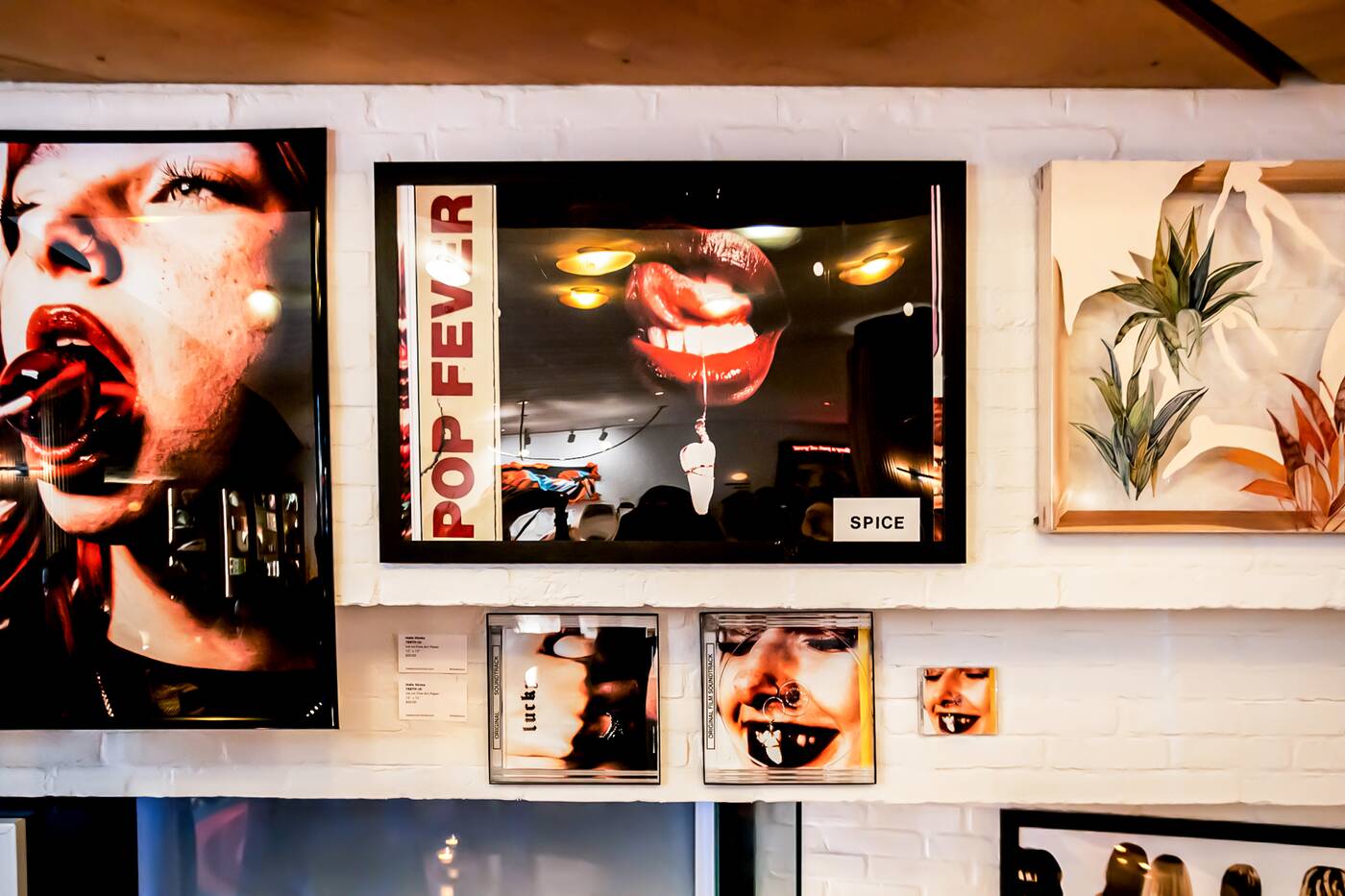 Work from Halle Hirota for One Night Only.

One Night Only has hosted artists such as Devon Pryce, Kenaan O'Toole and Daniella Williams.

"[At One Night Only], the artists get 100 per cent of all the commissions and proceeds, a $100 honorarium, drink tickets and Uber rides here and there."

On the first Thursday of January, I was able to visit Lodu's first exhibition of the year; Halle Hirota. 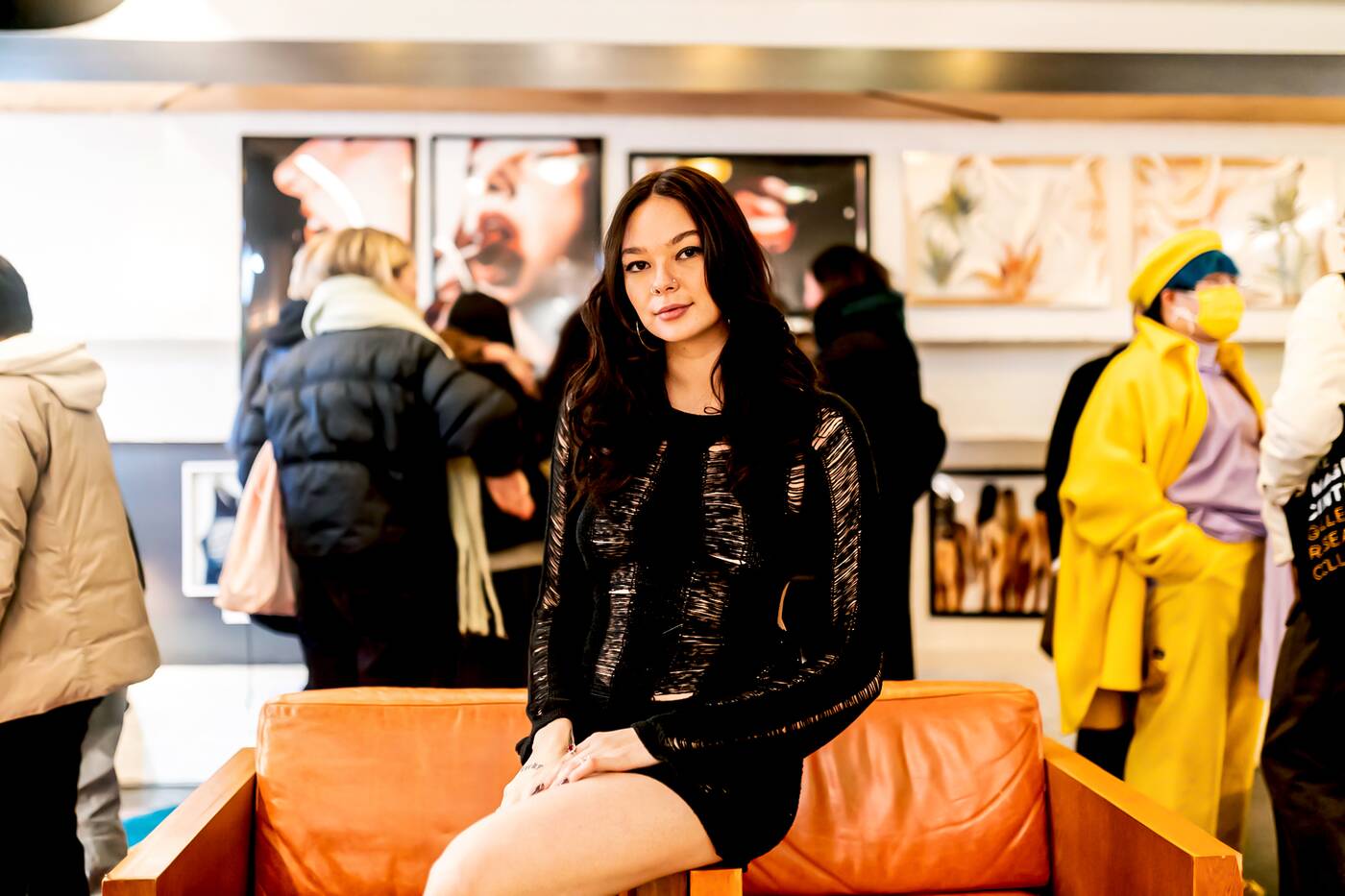 Hirota showcased a solo exhibition on Jan., 6, their first exhibition with Lodu's One Night Only series. Photo by Fareen Karim.

Hirota is a Toronto-based photographer that works on themes of the human body, queerness and transcending the ever-growing nature of feminity. Through out Hirota's work, red undertones and realism within human tone and skin is constant.

Lodu chose Hirota after watching her grow in Toronto's art scene over the past few years. Lodu had attended Hirota's 'Rules and Regulation' exhibit in December of 2021, an art installation which they themselves were featured in. 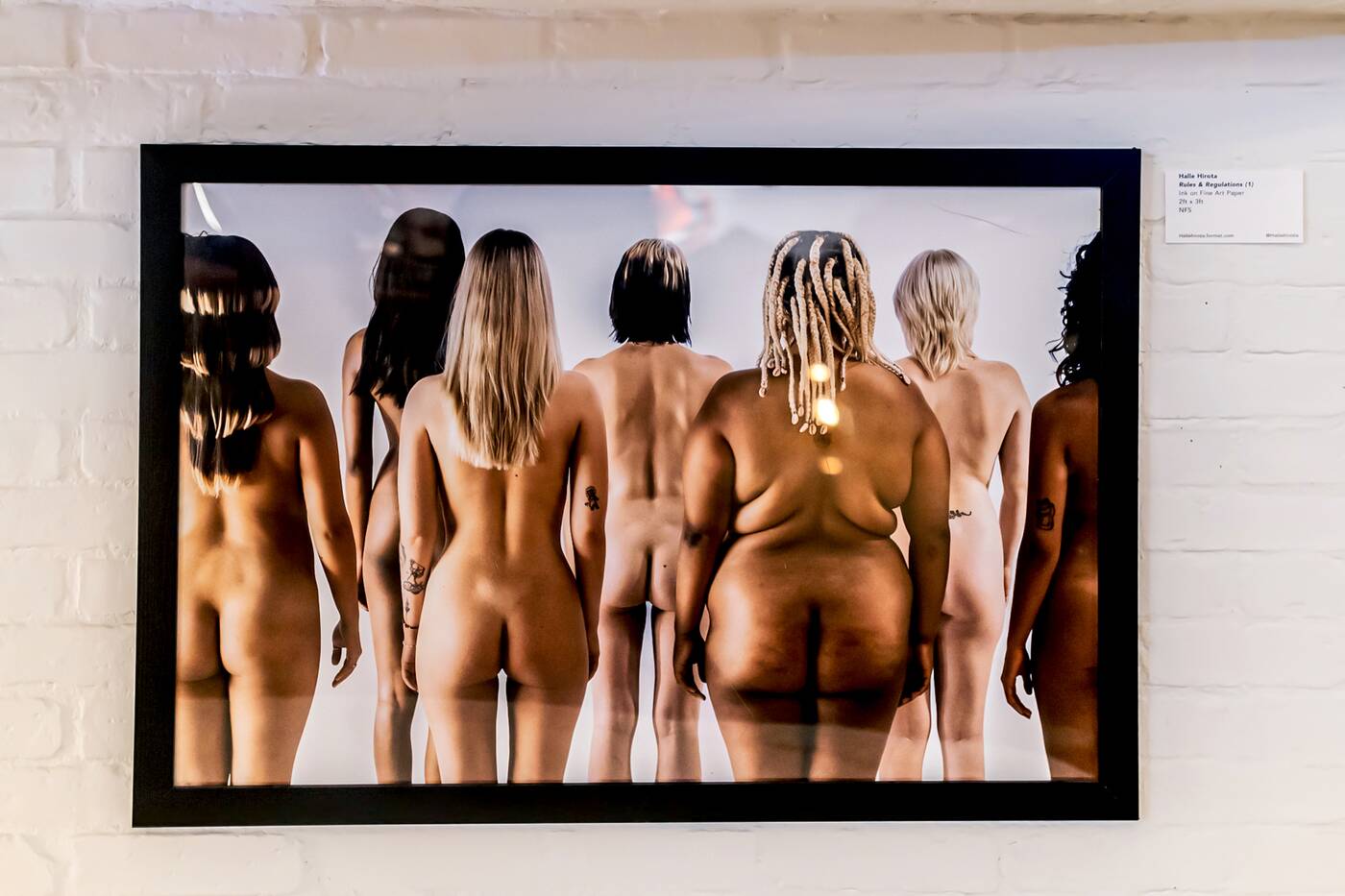 Hirota's work focuses of breaking the stigma and censorship of nudity. Photo by Fareen Karim.

"It was really nice to see the whole process of how she cast folks, how comfortable she makes her models feel and her style," said Lodu. "Seeing all her prints up [at the show] made me want to work with her."

The exhibition was held at the Drake's lobby, which opened January 2022. Working alongside the hotel also opens the doors for a new generation of visitors to access the space and boost it. 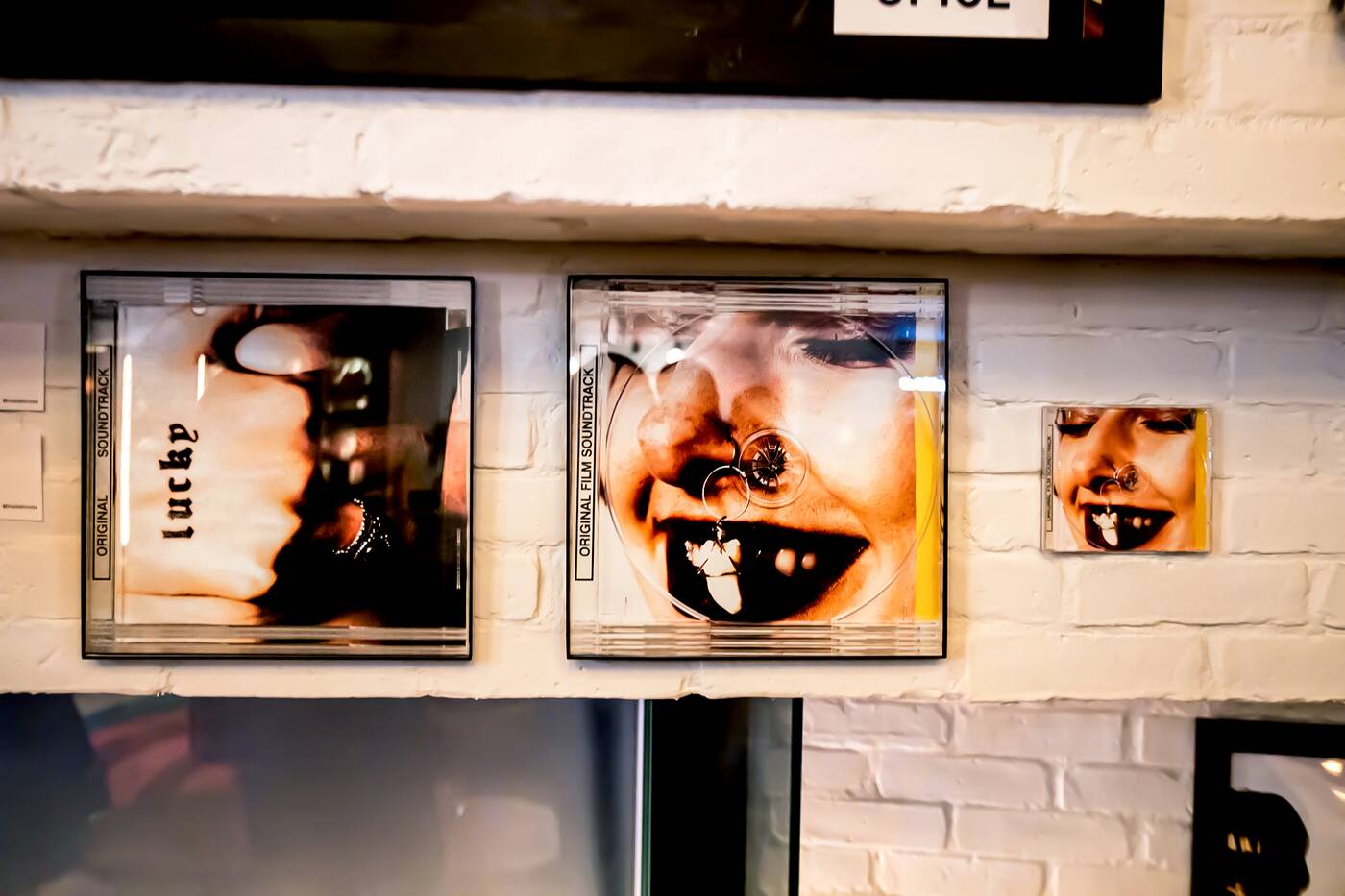 Some of Halle Hirota's work on exhibit at the Drake Hotel.

Hirota showcased over a dozen of her piece, including 'Rules and Regulations', which includes a short of nude models filmed on a super 8.

Hirota's work challenges the notions of nudity and queerness and explores their relationship. Her work destigmatizes it and creates a new perception of love and normality. 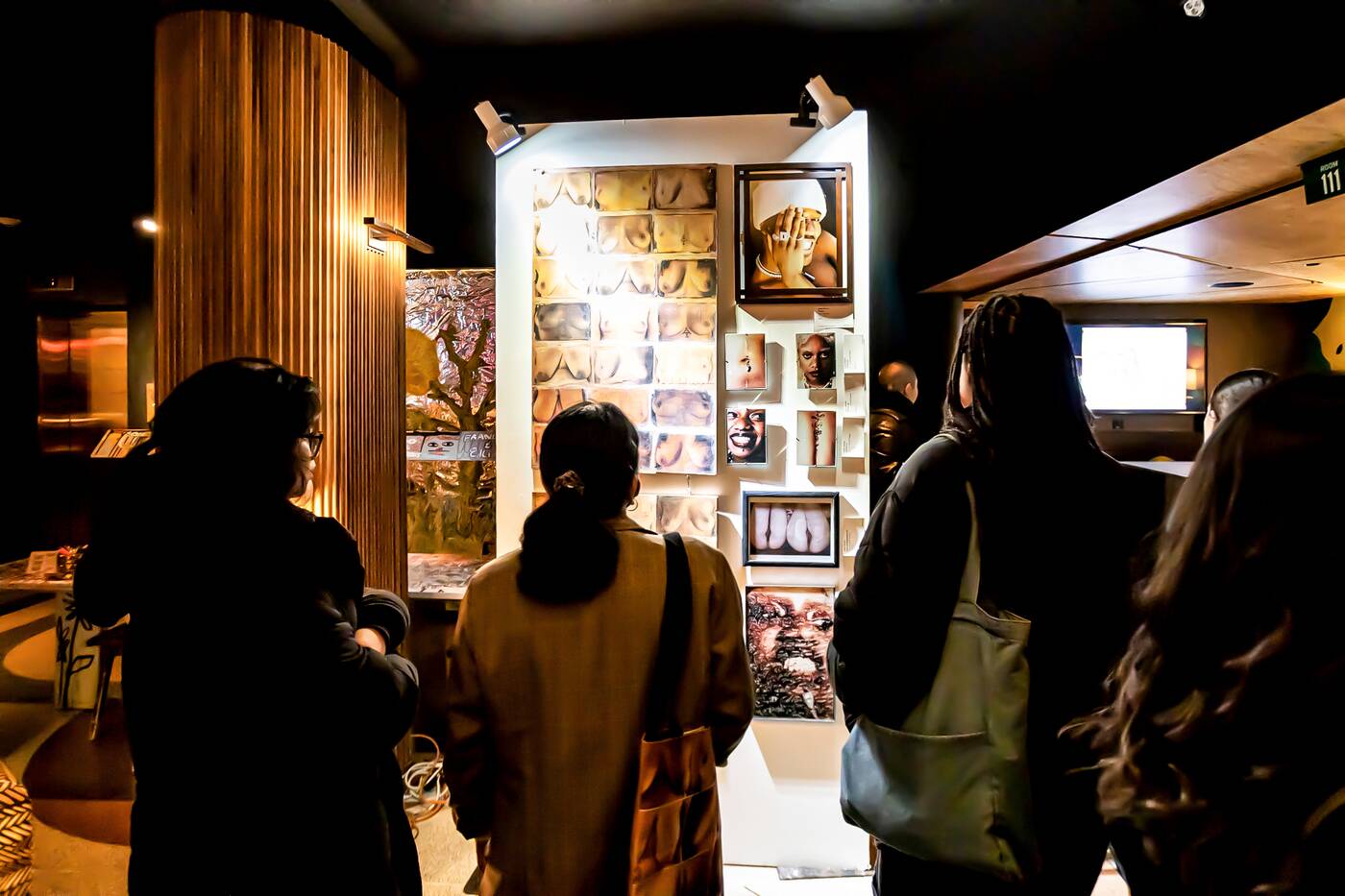 Much like Lodu's previous events, the turn out was heavy and brought an array of creatives from across the city. Lodu's concept naturally gains tractions with the people she chooses to exhibit, bringing in new crowds each Thursday.

"This is important since there is a whole new generation of voices that need to be heard and their work needs to be shown," said Lodu. "I always try to focus on queer POC artists because I know the gap within the gallery scene is very white and cis." 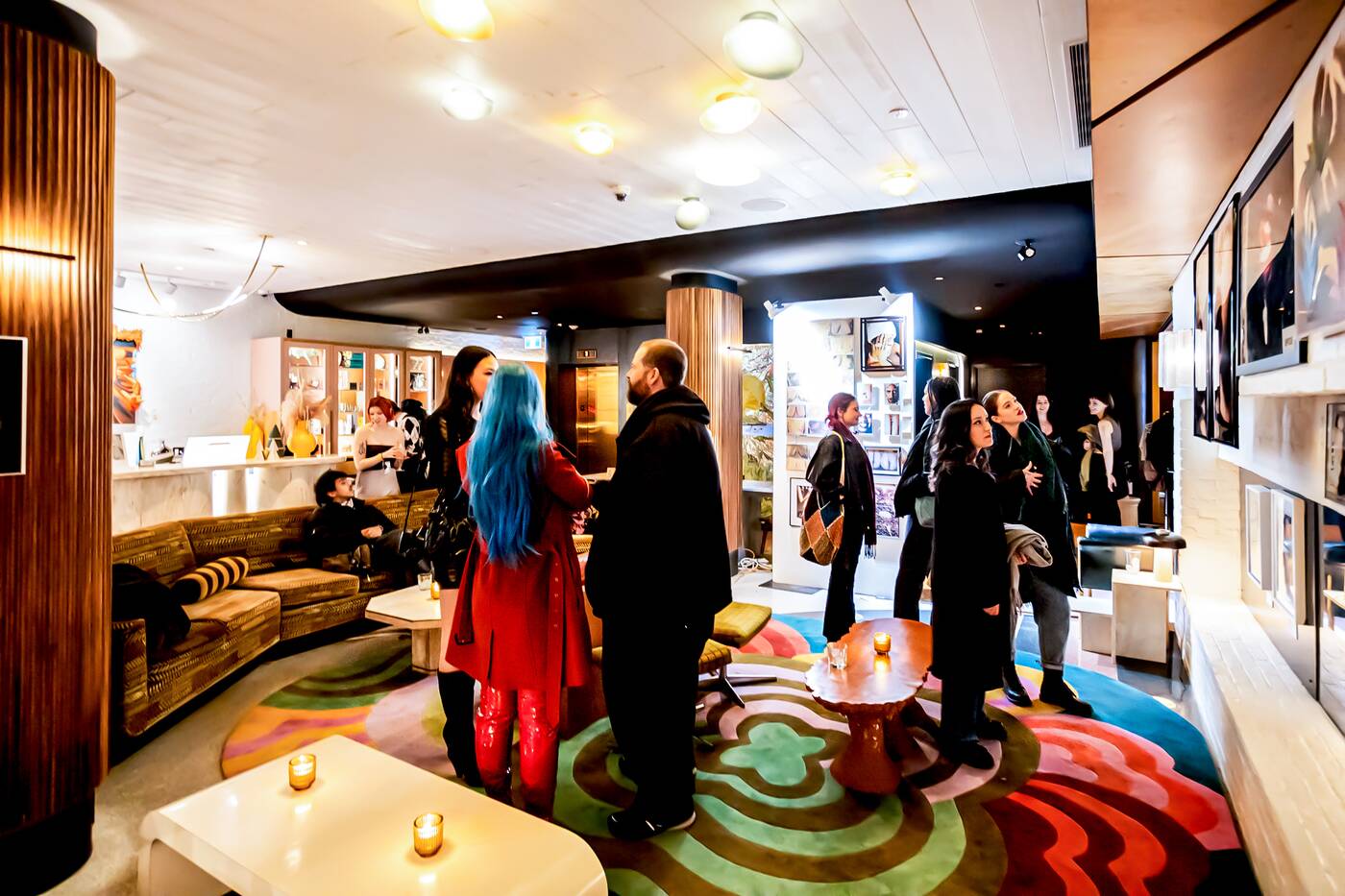 Inside the Drake Hotel during One Night Only.

Lodu's One Night Only continues with ceramic artist Taylor Chan Daley on Jan., 12. Lodu plans to continue this series, and to work with curators and Toronto-based artists from across the scene.