If you've ever made memories at one of a handful of now-shuttered Toronto nightlife venues, there's a new and unique way that you can commemorate them and keep a part of them with you always, even if the actual businesses are long gone.

Two former members of the industry, themselves reminiscing on old times in the city, have launched a creative new project to honour certain locations in cardboard cutout forms, which residents can assemble themselves for a fun night in spent recalling those big nights out.

Hours of research are invested into the design of each Rezerect miniature to "capture the true spirit" of the bar, concert hall or club in question, which is then transmitted onto the cardboard craft, and also into a frameable artist-rendered portrait of the spot.

As an added bonus, 20 per cent of all profits made from selling these kits go to charity.

"It's basically the result of being nostalgia-obsessed about Toronto
nightclubs and rave culture," says founder James Applegath, who has been documenting the scene for more than 10 years and who was inspired by his own kids' Happy Meals and other self-assembly-required toys.

"I thought, these little models could be old Toronto venues for people to display at home. And then came the idea about 8x12 art people could frame and put on their walls... '90s Toronto club kids are well into their 40s at this point, and late nights are few and far between — but the nostalgia for those times is strong."

So far, Applegath and co-founder Ben Ferguson, who used to be rave promoters and owned the now-defunct NASA Dance Pub on Queen West, have only had a few word-of-mouth sales for their first model and print of 318 Richmond while they poise to launch larger.

There is currently a vote on their website for the next venue to be rendered in diorama/art form, with venues including the Big Bop, Catch 22 and The Guvernment on the list. 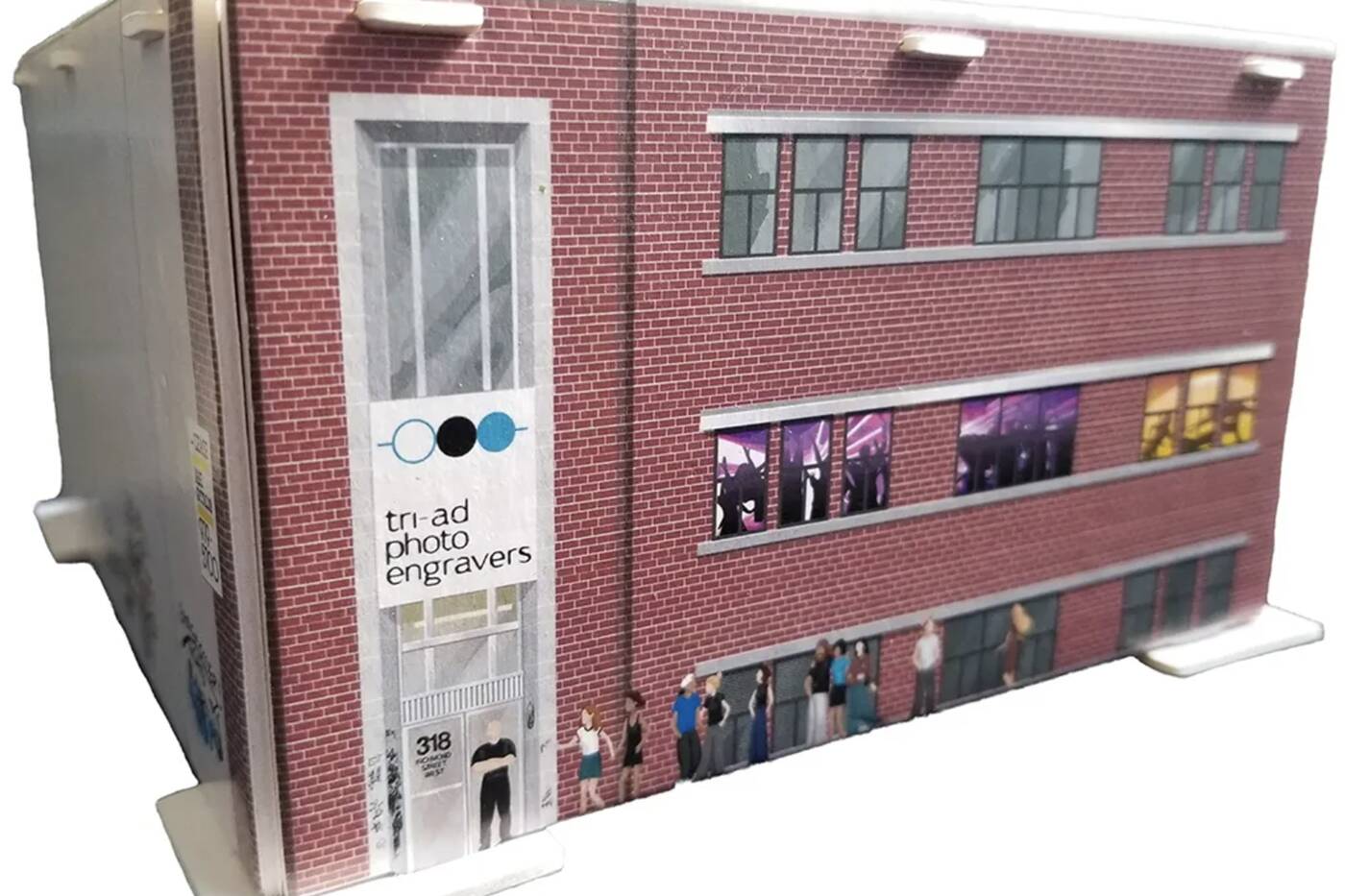 Old club venue 318 Richmond is the first of Rezerect's projects, with customers able to vote on which long-lost venue is next.

The partners aren't the only ones who have forayed into this very unique mode of celebrating old and iconic Toronto haunts: Another company, Little Locals Co., has a few Toronto staples — Sneaky Dee's, The Rex, Horseshoe Tavern, Cameron House and Lee's Palace — among its small collection of detailed cardboard model kits inspired by Canadian landmarks.