What appears to be a huge pile of garbage has appeared on and around one of Toronto's hottest tourist draws, an art installation known as Giant Plastic Tap hosted at Ripley's Aquarium of Canada turning heads since Tuesday.

The three-storey-tall mountain of plastic trash pouring from a giant tap is a visual statement from Canadian artist and activist Benjamin Von Wong, who is speaking out against the environmental damage caused by single-use plastics through art, in partnership with the aquarium.

"For the last six years, I've been fighting against single-use plastics," said Von Wong. "Time and again, I would hear from the smartest people in the world saying 'We need to turn off the plastic tap' - referencing the need to address the upstream issues with plastic production rather than the downstream consequences of plastic pollution."

Anyone passing the aquarium's crystalline form may be caught off guard by the over 10,000 pieces of plastic piled 30-feet high at the entrance to the popular attraction, though there's a chance you might have seen it before this week. 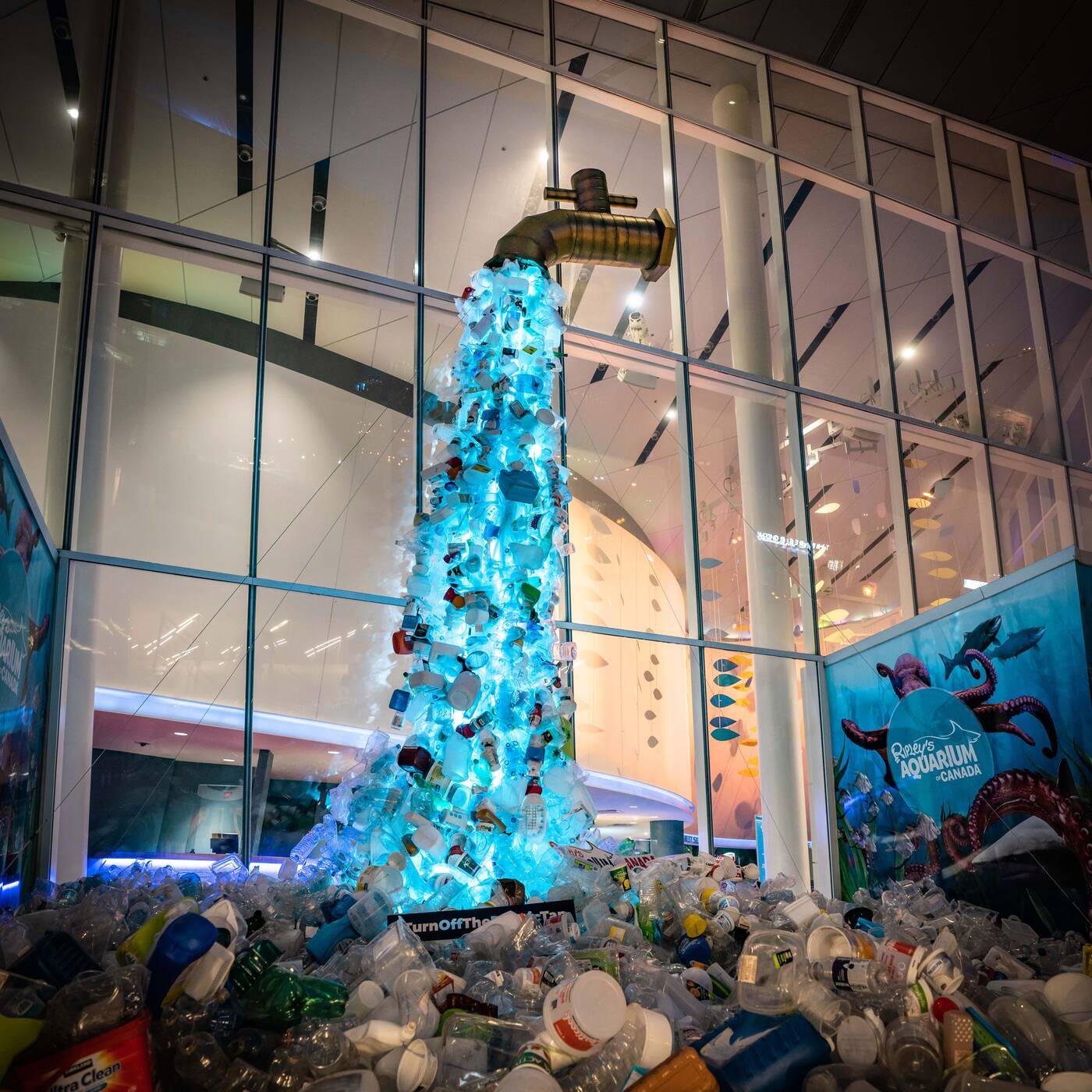 Von Wong has been raising awareness of the plastic problem using visual media, creating the installation as a commission for the Canadian Embassy in Paris, which has since been recreated at several other locations including at the UN headquarters in Nairobi where an important global plastic treaty was inked.

The piece is a statement against the more than 2.795 million tonnes of plastic waste produced annually in Canada, using everyday items like water bottles, coffee cups, and other single-use plastics to remind us that we all play a role in making the planet more liveable.

The art dovetails with the aquarium's advocacy and conservation work, with Katie McMahon, Director of Education, Conservation and Guest Experience, saying that Ripley's is "truly thrilled to have this stunning installation showcased at the aquarium to highlight our commitment to conservation and education around the use of single-use plastics both here in Canada and around the world."

Ripley's and Von Wong are encouraging passersby and aquarium visitors to tag the art using the #turnofftheplastictap! hashtag, with the installation to remain on display through June 9.