Pixar’s Turning Red has been streaming on Disney+ for almost a month now, delighting audiences with its relatable characters and spot-on representation of Toronto.

Director Domee Shi, already an Oscar winner for her 2018 short Bao, has deservedly attracted much attention for her history-making role as the first woman to helm a Pixar feature on her own.

But did you know that her father is also an accomplished artist himself, albeit in a completely different space?

Shi Le, who immigrated to Toronto from China in 1993 and earned a master’s degree in fine arts at the University of Waterloo, has been painting traditional Ontario nature scenes for decades — think Muskoka lakes and woods.

Moving away from the dark (and rather depressing) brown and greys he used in his late ‘90s still lifes, Shi now paints almost exclusively in jaw-dropping, saturated colours. 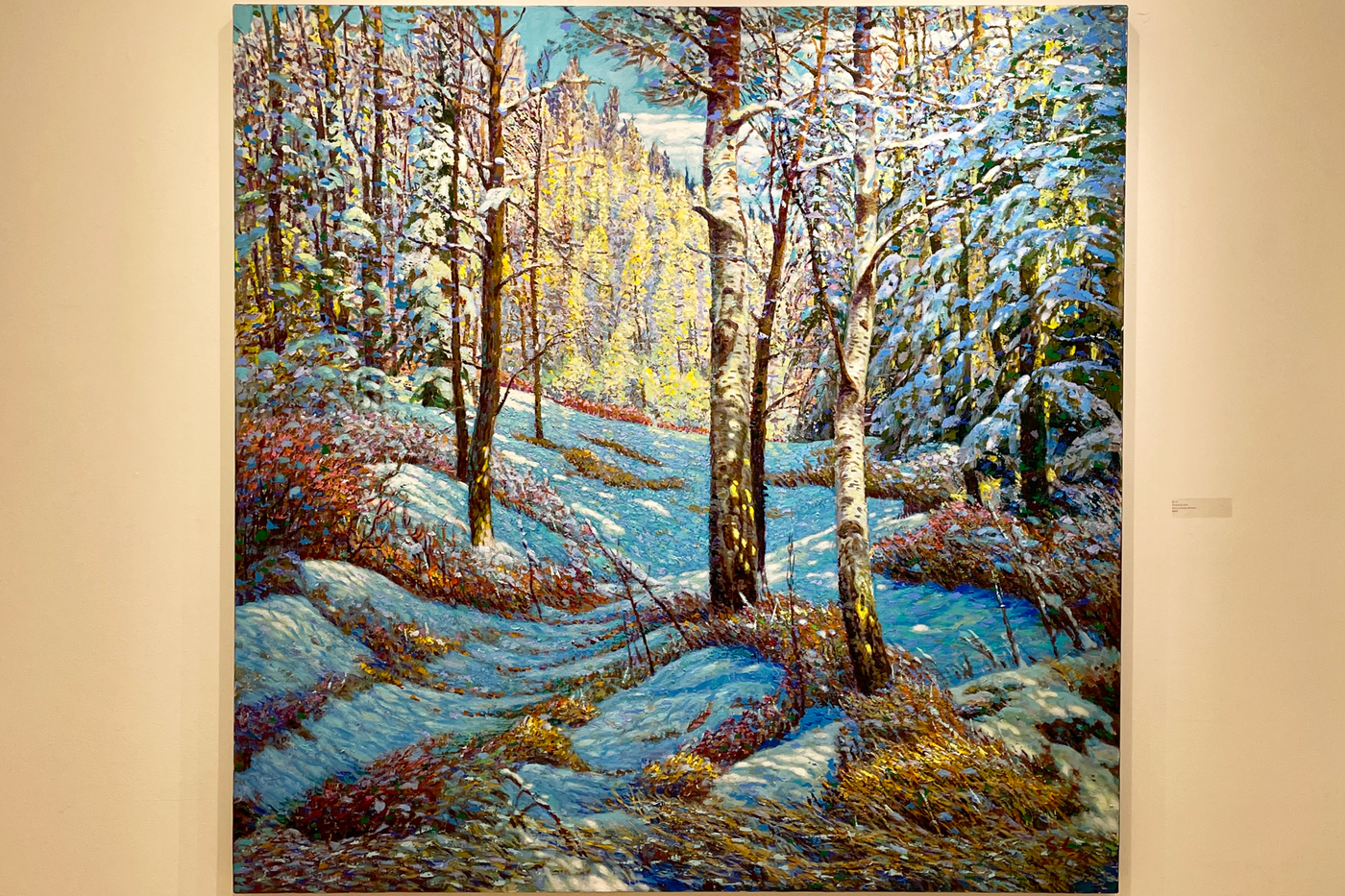 A work by Shi Le. Image via Mike Bastoli.

His current style can best be described as a contemporary take on pointillist Impressionism. Notably, Shi prefers large canvases; most of his works, painted in bright acrylics, sell in the range of $5,500 and $8,500.

Although far from a big name, some of Shi’s paintings have made it to the offices of majors like BMO and IBM, and they're carried by a few respected commercial galleries. In Toronto, the Bau-Xi Gallery facing the AGO has a sizable collection in-house.

“My landscape painting is my response to nature,” Shi says in his artist’s statement on the Bau-Xi website. “Walking along the river through the bush and sitting on the rocks watching the trickling ripples of water makes me feel at peace in the tranquility of nature.” 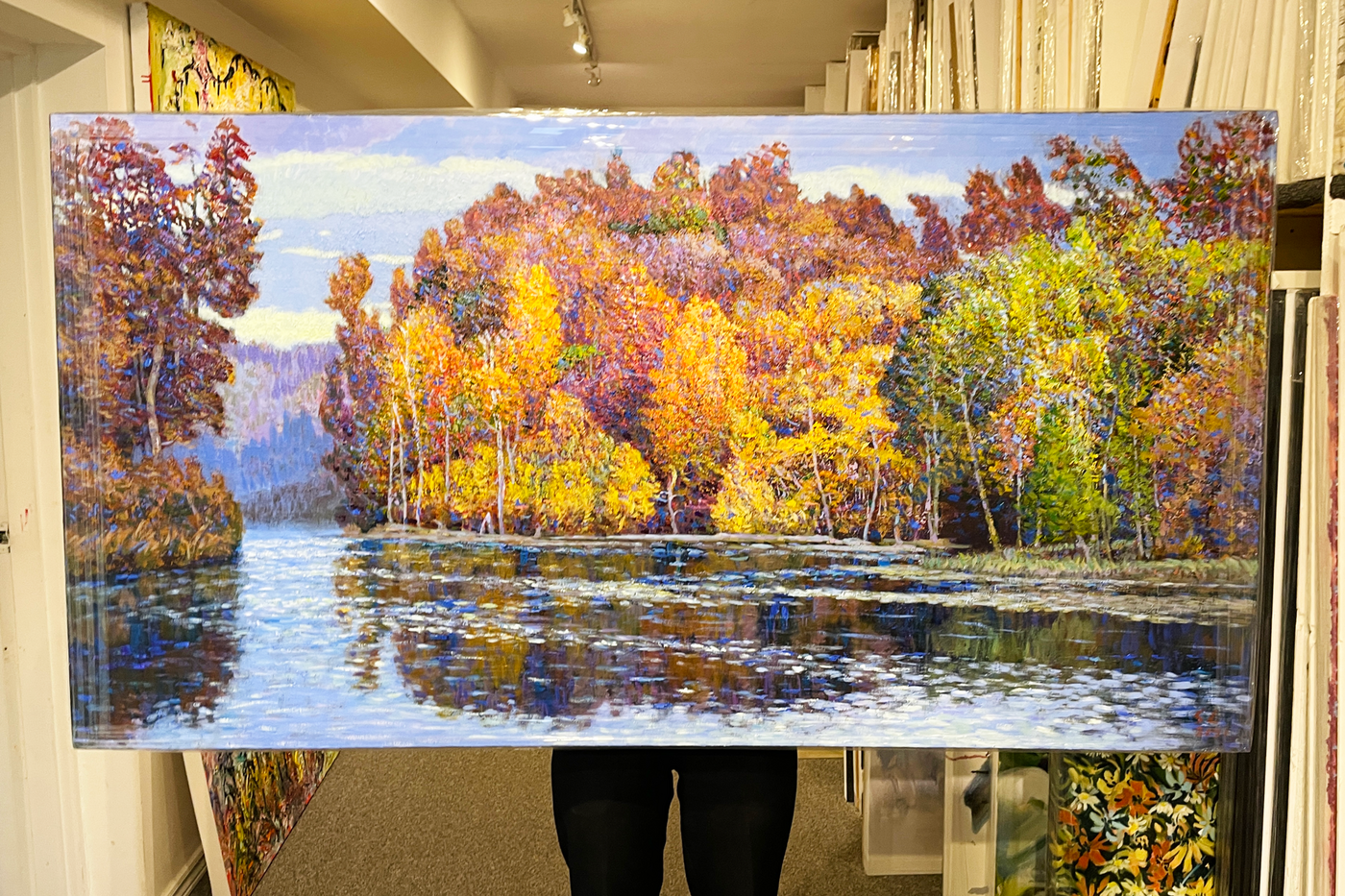 One of Shi's lake scenes. Image via Mike Bastoli.

In person, Shi is quiet and reserved, very much like the dad in Turning Red. But his creative passion and love of colour clearly rubbed off on his now-famous daughter. “He’s the reason I got into art,” Domee recently told Toronto Life.