They're located at Richmond-Adelaide Centre right next to another interesting piece of art in Toronto, a mind-bending optical illusion sculpture of a giant head.

The Toronto version of the travelling art installation first opened up to the public on Feb. 7, and is free for public viewing from 7 a.m. to 11 p.m. every day until Mar. 5. 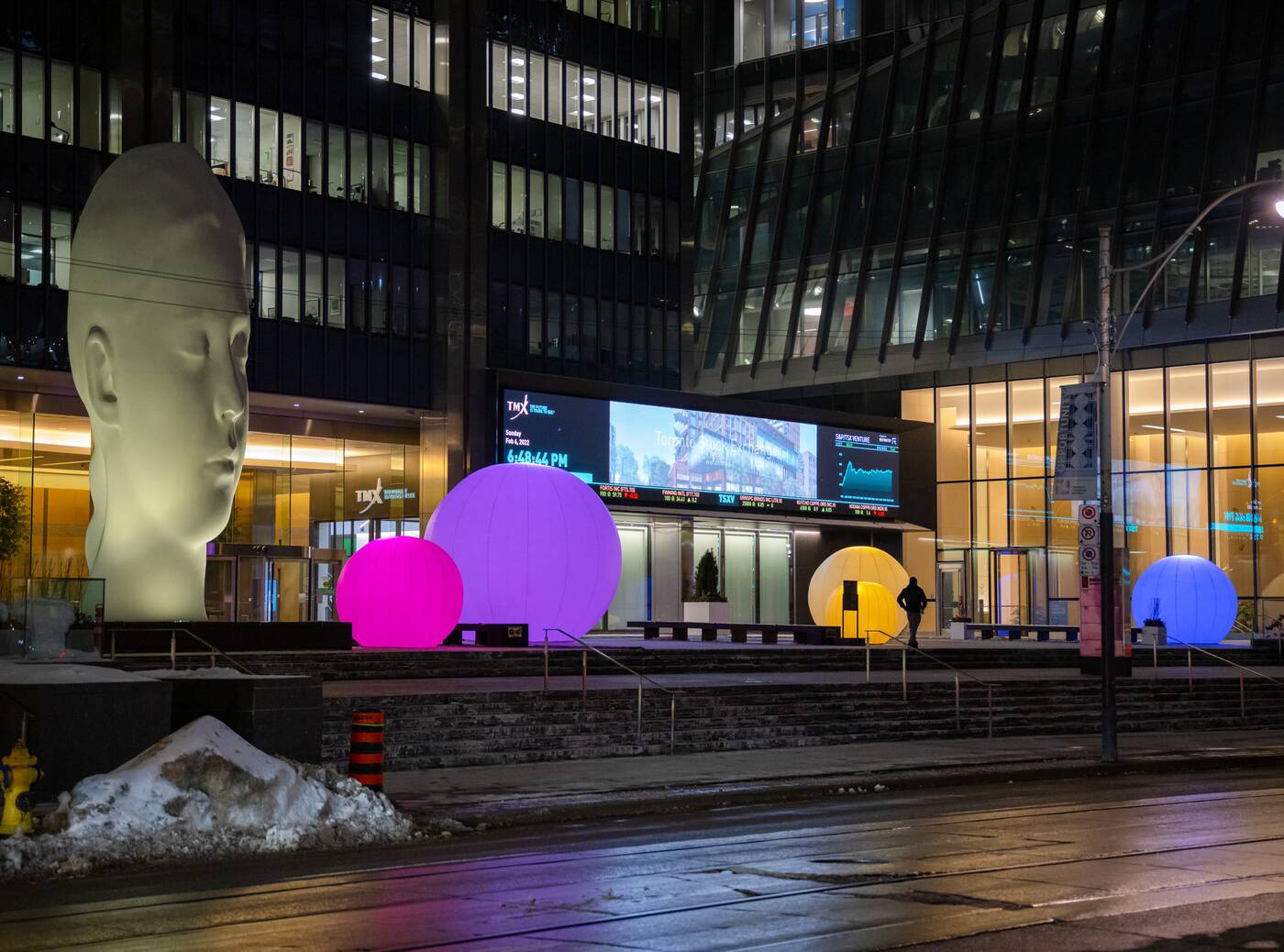 Large spheres are on view at Richmond-Adelaide Centre. Photo by Nick Wons.

The spheres range from six to 12 feet in height, and are filled with immersive animated shadow theatre designs. They're spaced far enough apart that viewers should be able stay distant easily.

The installation was created by Montreal-based design firm Lucion, powered by Wireframe and curated by MASSIVart.

"Our hope is that the outdoor moonGARDEN installation will surprise, delight and help lift the spirits of anyone who visits," said Kevin Hardy, vice president and head of Eastern Canada Office at Oxford Properties.

"The Terrace at Richmond-Adelaide Centre just recently reopened and features 10,000 square feet of outdoor space—we knew we had an opportunity to utilize our beautiful outdoor terrace." 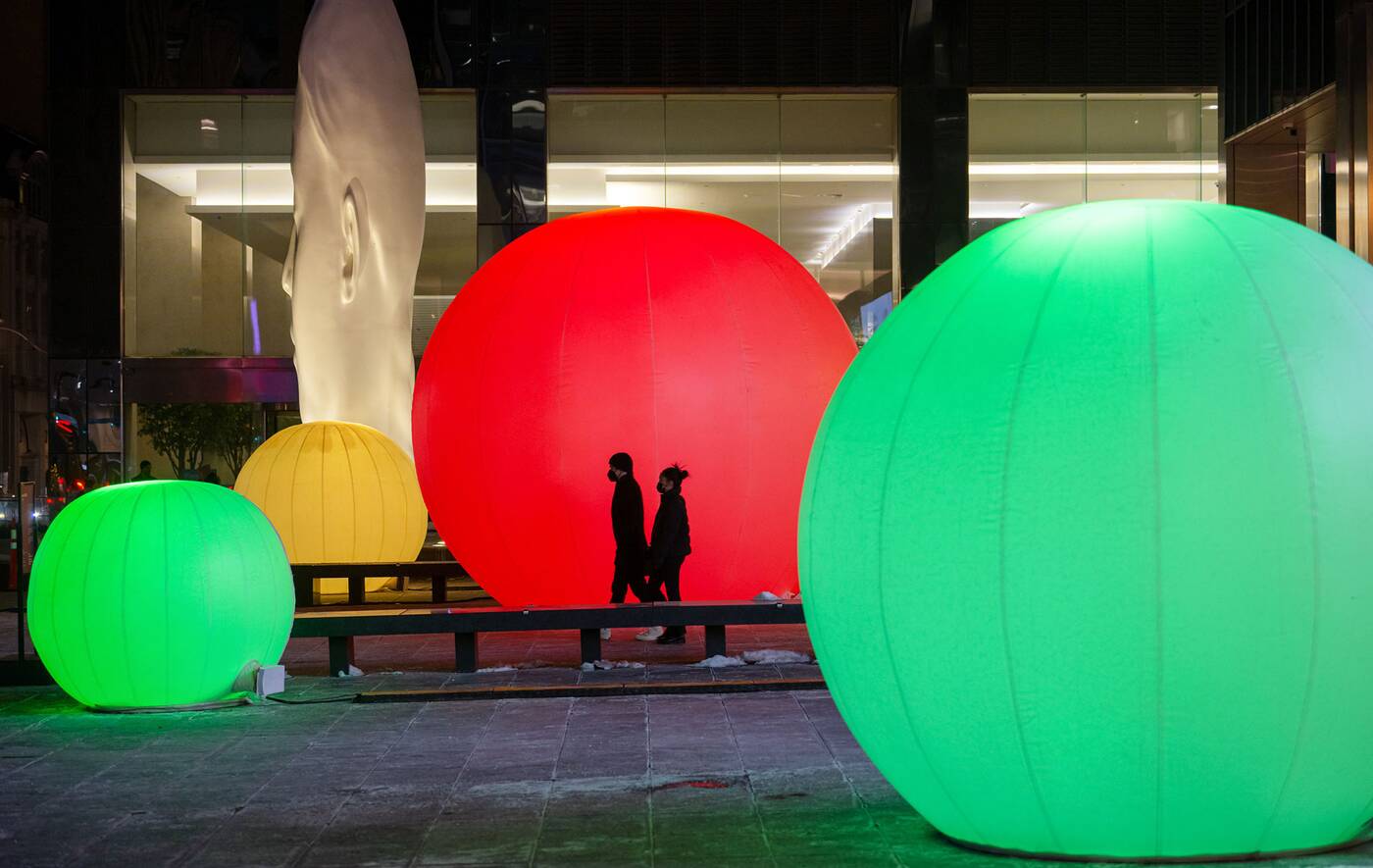 The illuminated installation was created by Montreal-based Lucion. Photo by Nick Wons.

"The ambiance for the show was inspired by the theory of sets, a branch of mathematics that illustrates notions of sets and belonging," reads the Lucion website. "For us, moonGARDEN is the perfect metaphor for a more inclusive world."

If you're feeling like it's a bit chilly to be checking out an outdoor installation, there's a pop-up happening alongside the installation that has you covered. A Chef's Hall pop-up with vendors Lost Coffee and Colibri also launches on Feb. 7 with hours from 5 p.m. to 9 p.m.

Lost Coffee is serving up coffee, hot chocolate, tea, apple cider and baked goods, and Colibri will serve Mexican chili and garlic bread. The food pop-up will be open from Wednesday through Friday from 5 p.m. to 9 p.m. until Mar. 4.

moonGARDEN was first conceived in 2012, has travelled to about 20 cities around the world including Brussels, Beijing, Houston and Mexico City and has been seen by about a million people. Despite the fact that Lucion is Montreal-based, this is the first time the installation has come to Ontario.