A half-century after opening its doors across from Nathan Phillips Square on Queen Street West, the Sheraton Centre Toronto is getting a major facelift that will modernize the branding and look of the 42-storey landmark.

Construction is already well on its way to refreshing the 1,300-room hotel, but these same renovations are also offering an unintentional window fifty years into the past, revealing relics of the original 1972 design back from when the property first opened as the Four Seasons Sheraton Hotel.

Pedestrians using downtown Toronto's extensive underground PATH network are noticing an unexpected shot of colour when passing through the Richmond Street tunnel below the Sheraton.

First noticed in a Reddit post that gained traction earlier in the week, the tunnel's wall panels and illuminated signs — added in the years after the hotel's completion — have been stripped away, revealing the original decor unseen for decades.

An abstract 1970s era mural gracing the walls of the tunnel features hues of yellow, orange, powder blue, and turquoise that tied in with the hotel's mid-20th century style.

This retro art has been hidden away behind the walls of a PATH tunnel - 📹 @hectoravasquez #Toronto #PATH pic.twitter.com/G99q1TrIGs

It's something many of us have never had the chance to see, turning the clocks back to the era before the current coordinated PATH system, which wasn't officially created until 1987.

Approaching 35 years after the system of random tunnels and food courts was united, most of Toronto's PATH tunnels have become largely indistinguishable from one another, plastered in ads and bland, corporate finishes. 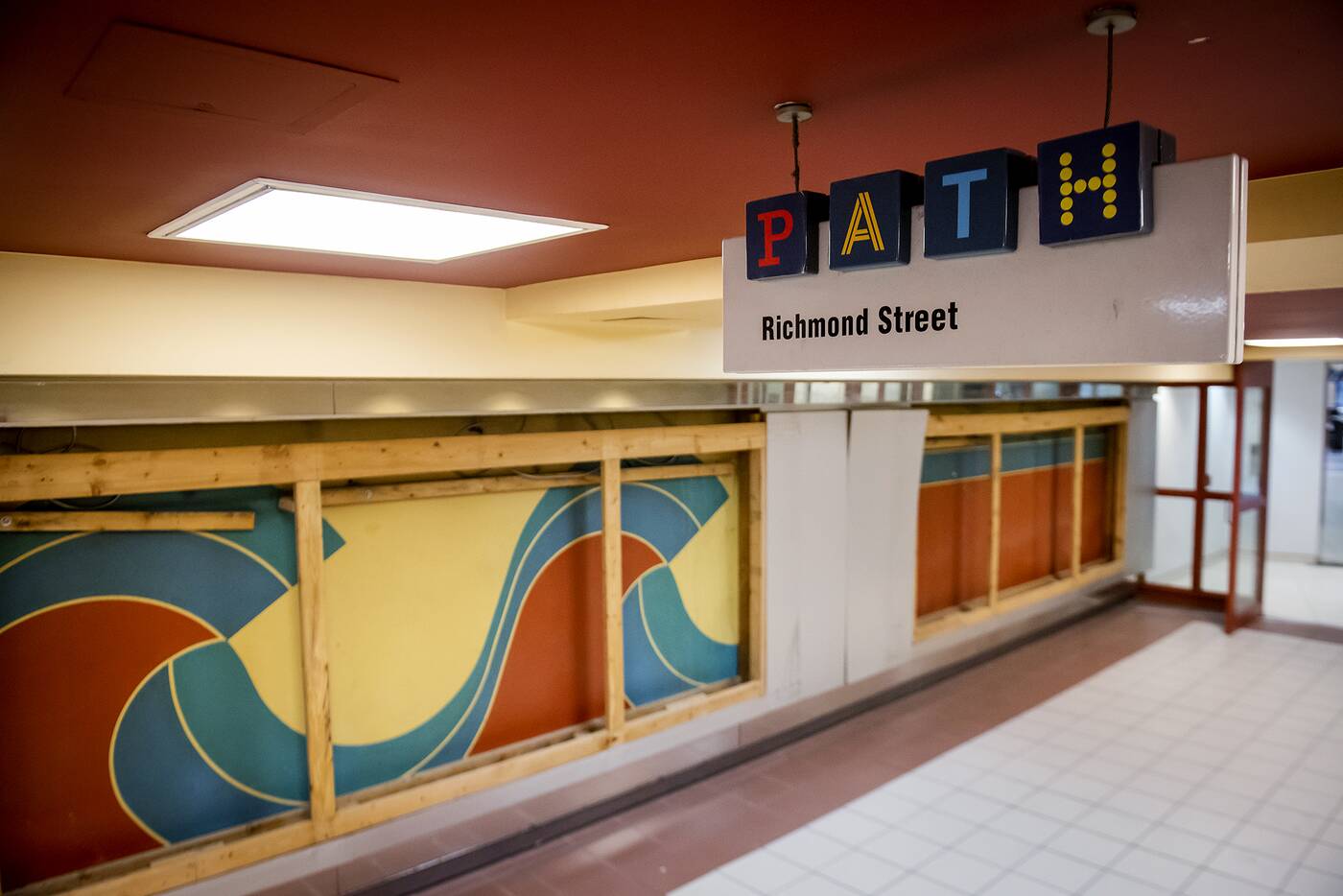 The art was uncovered behind wall panels in the Richmond Street PATH tunnel below the Sheraton Centre. Photo by Hector Vasquez.

Seeing this modernity stripped away for a colourful blast from the past gives us a rare glimpse at how things used to be in mid-20th century Toronto. But not everyone is excited by the find.

The discovery has generated almost 1,500 upvotes and over 60 comments on Reddit as of Friday afternoon, and it seems this hidden mural is quite polarizing, comments ranging from disgust to admiration. 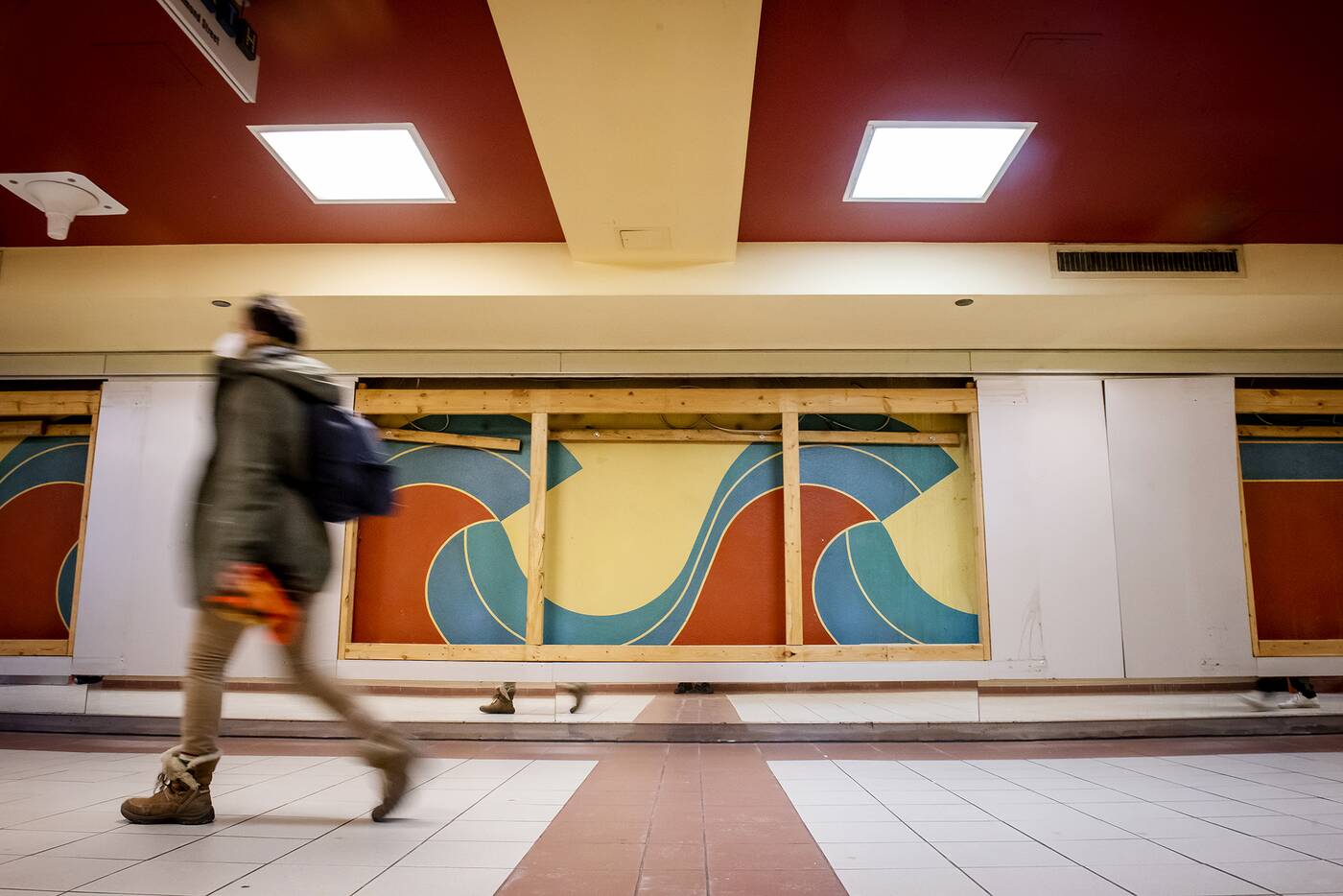 Some suggest that the mural should be preserved, while many others note its jarringly era-specific aesthetic, one commenter saying, "I can appreciate the history, but am I the only one who thinks this art looks kinda hideous?"

Despite being covered up for years, the mural still appears to be in relatively good condition. Photo by Hector Vasquez.

And those who are pushing for the artwork to be preserved might be pleased to learn that the property owners are in no rush to erase this taste of the hotel's past.

Tim Reardon, General Manager of Sheraton Centre Toronto, tells blogTO, "As we were working through the largest transformation in the history of the hotel, we uncovered this unique artwork."

"It's such an iconic part of the building and really provides a retrospective look at our 50-year history in Toronto, so we are leaving it exposed for the time being and are hoping we will discover even more about its origin," says Reardon.

Construction for the Sheraton Centre's renovation project is expected to finish during the first half of 2022.